Accessibility links
Wonderful, Ridiculous, Head-Scratchingly Pointy Mexican Boots Are Now A Designer Item : Code Switch The infamous Mexican pointy boots started in rural Mexico, made it to Texas, and finally ended up on the runways of Paris. A look back at this bizarre fashion trend.

In 2011, KPBS reporter Angela Carone wrote about a fashion trend that started in a rural town in Mexico, had swept parts of Texas, and was leaving her speechless: men wearing ridiculously pointy boots with a wicked upward curl — the tip of some pairs reaching as high as one's waist. "These Mexican pointy boots are so bizarre," she wrote, "I fully expect to see them before [year's] end on the runways of Paris." 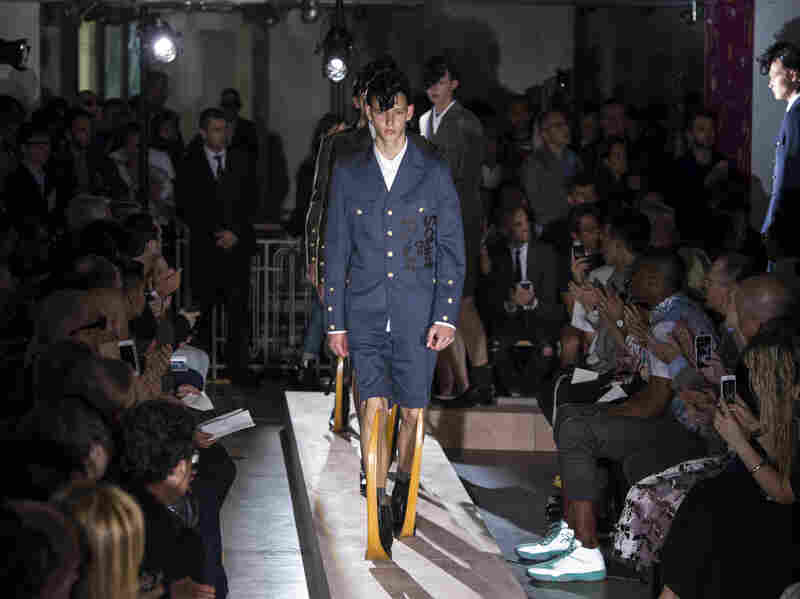 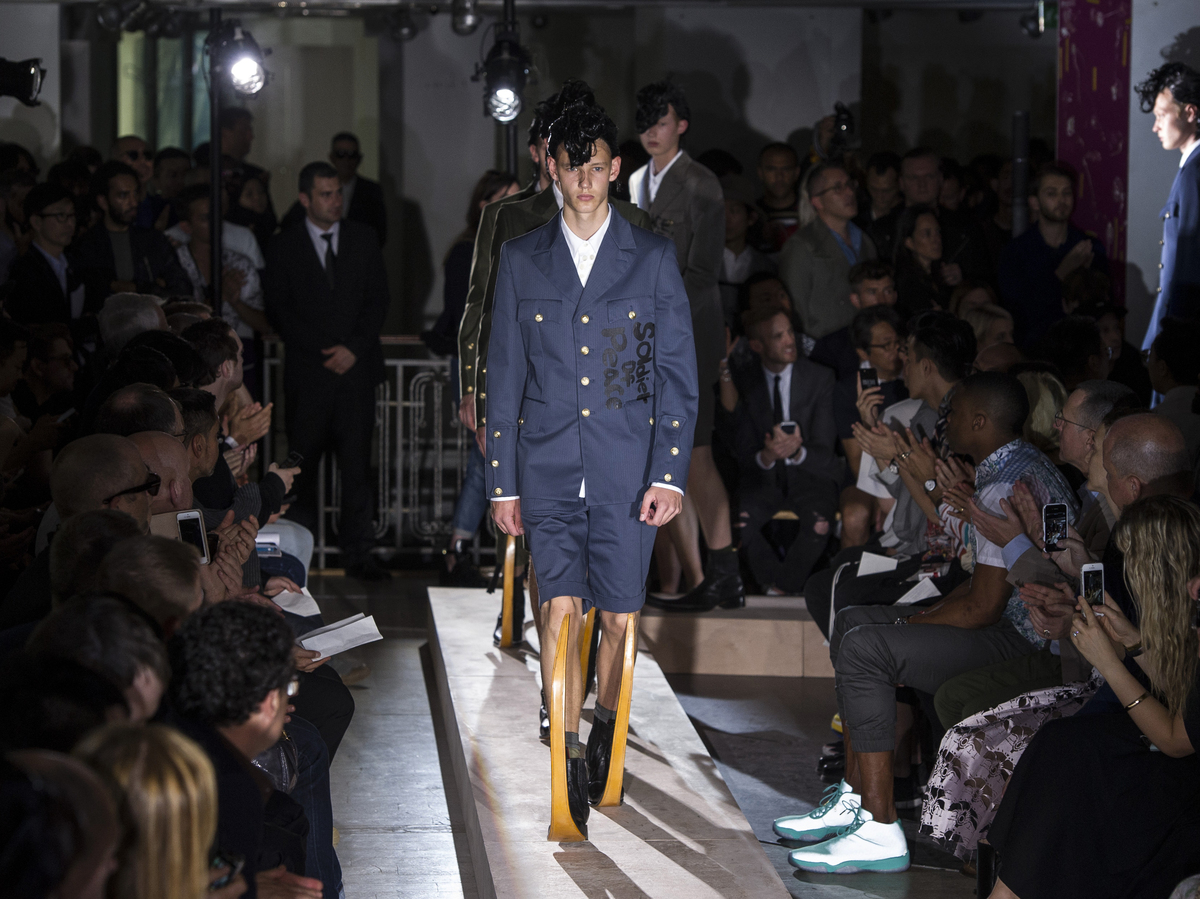 Indeed, the boots surfaced in Paris in 2014 at the Comme Des Garcons fashion show for its Spring/Summer 2015 collection. A pair of black boots with 21-inch toe-length is now selling online for a cool $515, according to the Latino-centric culture blog Remezcla.

The boots first appeared in the rural town of Matehuala, San Luis Potosi, Mexico. As Vice explains in a short documentary, things started innocently enough, with people simply altering their boots to make them pointier. Then people from neighboring towns started to compete on pointiness. "Then people started making them pointier and pointer, until it got out of control," says one young man who fashions pointy boots out of water hoses.

The trend coincided with the rise of tribal (pronounced tree-BAL) music, which is a mix of pre-Hispanic sounds, cumbia rhythms and techno. Residents of Matehuala started wearing the boots in tribal dancing competitions at clubs, rodeos and quinceañeras.

The boots eventually made their way to Hispanic neighborhoods in Texas. Even though the boots originated in Matehuala, Erick Rincon, a DJ who skyrocketed the boots' popularity when he featured them in a music video that's been viewed more than 50 million times on YouTube, told Vice they're actually more popular in Texas.

The trend arguably jumped the shark when the French DJ David Guetta featured them in a video in which a pair of tattooed gangsters buy a pair. The stereotype-fueled video follows a tribal dance crew and culminates in a scene at a rodeo where fireworks shoot out of a pair of boots. But one can still find memes dedicated to the phenomenon, including a T-shirt in which Woody from Toy Story rocks a pair of pointy boots.

The boots are still beloved by tribal fans, and tribal dance crews take a "haters gonna hate" attitude. "It's all about how you feel inside," says one man at the end of the documentary, wearing boots that curl into a little ball like an elf boot.

Overall, the trend is yet another example of how fluid music culture can be between Mexico and the U.S., like when emo music, which has its roots in D.C., became incredibly popular in Mexico, or why narcocorridos, ballads about drug lords and trafficking, are popular on both sides of the border.

Who knows if these incredibly impractical boots will make it to the U.S. mainstream in the way that "chola culture" was appropriated by Rihanna and Selena Gomez. But then again, these boots have already made it across the pond.

A previous version of this story incorrectly referred to boots having 21-foot-long toes. They're actually 21 inches long.