Accessibility links
Proposals To Diversify NYC's Top High Schools Would Do Little To Help, Study Finds : Code Switch One of New York City's thorniest political issues is over how to make its elite high schools more representative. A new study says that many popular proposals won't help diversity — and might hurt it. 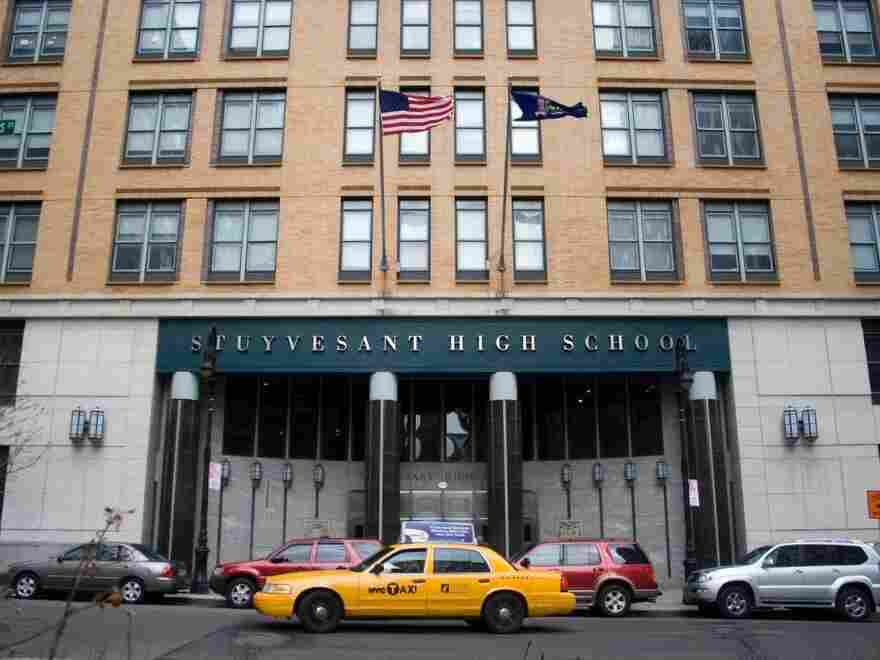 Entrance into the city's specialized high schools is entirely dependent on a 2 1/2-hour standardized test. Critics, including the mayor, want to change the admissions process to boost numbers of blacks and Latinos. Orin Hassan/Flickr hide caption 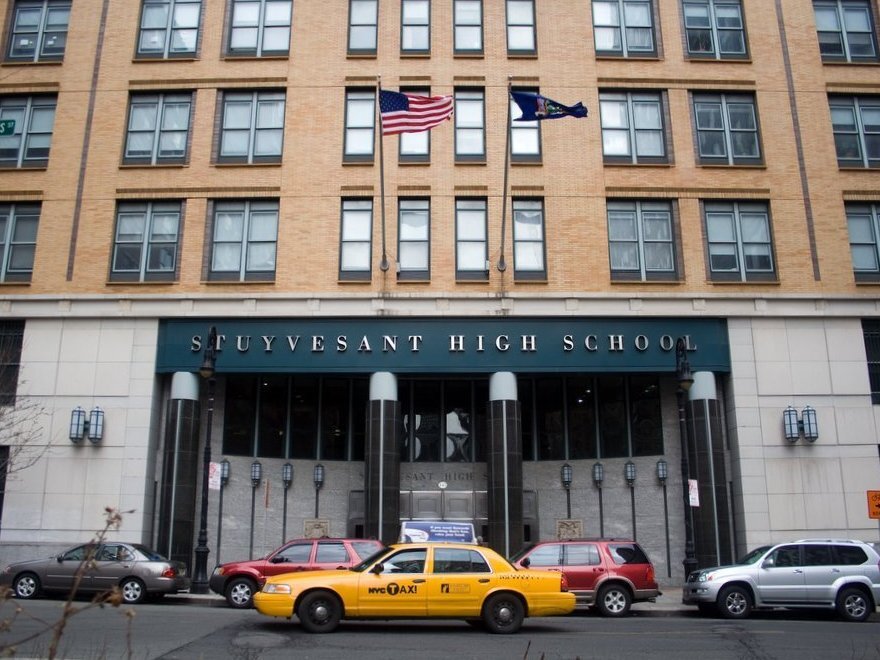 Entrance into the city's specialized high schools is entirely dependent on a 2 1/2-hour standardized test. Critics, including the mayor, want to change the admissions process to boost numbers of blacks and Latinos.

New York City's public school system is vast, with more than a million students spread across thousands of schools. And like the city itself, it's remarkably diverse — about 15 percent Asian, just under 30 percent black, about 40 percent Latino, and about 15 percent white, with all sorts of finer shadings of ethnicity, nationality and language in that mix.

The city also boasts nine elite "specialized" public high schools — of which the Bronx High School of Science, Brooklyn Technical High School, and Stuyvesant High School are the most difficult to get into. They're largely considered the school system's crown jewels, regularly sending students to top-tier universities. The demographics at those schools look a lot different.

Blacks and Latinos make up around 70 percent of all the kids in the city's public school system, but just a tiny share of the kids at those three schools. At Stuyvesant, generally considered the best school in the city, they made up less than 4 percent of the total student body — 113 out of 3,296 kids — this school year.

Black and Latino students make up around 70 percent of the student population of New York City's public schools, but makeup a tiny percentage at the city's three elite specialized high schools.

The conversation about how to boost the number of black and Latino kids at those three schools tends to focus on their narrow admissions process. There are no interviews, no applications, no required transcripts; whether a student gets in depends entirely on how she does on a 2 1/2-hour multiple choice exam called the Specialized High School Admissions Test.

Critics say that all-or-nothing emphasis on the SHSAT exam hurts otherwise academically talented black and Latino kids who might otherwise get in. In 2012, the NAACP Legal Defense Fund and other civil rights groups filed a formal complaint with the Department of Justice arguing that using the SHSAT as the lone metric of academic talent shuts out academically talented black and Latino students. And Bill di Blasio, the city's mayor, made the push for a more holistic set of admissions criteria part of his campaign platform when he first ran in 2013.

Meanwhile, alumni groups at the specialized schools have fought changes to admissions policies, saying that relying on the test is fair and objective.

But a report released last month by New York University found that many of the proposals that advocates have suggested to help bolster black and Latino enrollment at those schools wouldn't make much of a dent — indeed, the researchers found that they might do the opposite.

"Maybe it was naive, but I thought if you switched to more holistic measures, it would diversify the admissions pool considerably," said Sean Corcoran, one of the researchers, told Sarah Danville of GothamSchools. But the study found that there is "considerable overlap in students who would be admitted under different rules."

The researchers wrote that using an alternative admissions criteria — taking some combination of grades, state test results and attendance into account — would "have little effect on the average baseline achievement of specialized high school students ... but would have large effects on their demographics."

They found that under the broader criteria, many more girls would be admitted to the specialized schools — at Stuyvesant this year the gender gap is close to 600 students — and more white and Latino students would get offers to attend those schools, and fewer Asian kids would be admitted. But they found that the new criteria would do little to boost the numbers of black kids, and in some cases actually might lower them.

The NYU researchers said that guaranteeing entry to the top students from every high school would make the elite high schools more diverse, but warned that taking that approach would come "at the cost of reducing the average achievement of incoming students."

The Atlantic's Alia Wong wrote that the bottleneck isn't happening at the point of the test — certain kids are sorted out of the prospective applicant pool for those specialized high schools way before they can ever take the SHSAT exam.

"[A]mong the students who came from one of the top 30 'feeder' middle schools, 58 percent were in gifted and talented programs that required a test for admission, and 29 percent were in other types of screened schools that admit kids based on criteria such as exam scores. This phenomenon is also known 'tracking,' which even the DOE has described as a modern-day form of segregation, and indicates that a much deeper problem lies in the tendency to test and segregate children from the get go. The analysis raises questions about the extent to which inadvertent engineering—starting with the so-called 'rug-rat race'—is exacerbating the achievement gap."

Stuyvesant, Bronx Science and Brooklyn Tech are all math- and science-focused; it's worth considering how much their thinning-out of blacks and Latinos at the high school level impacts the numbers of students from those groups who pursue degrees or careers in STEM fields down the line.

The acceptance letters for the upcoming fall school year went out across New York City in March. There were 953 spots in the freshman class at Stuyvesant for fall 2015, the most competitive of the specialized schools. Only 10 black students managed to get in.