Accessibility links
It Took Two Centuries, But The Native Hawaiian Population May Be Bouncing Back : Code Switch By some estimates, the entire population of Native Hawaiians was almost wiped out just a century ago. But now their numbers may be near what they were before their first contact with Europeans. 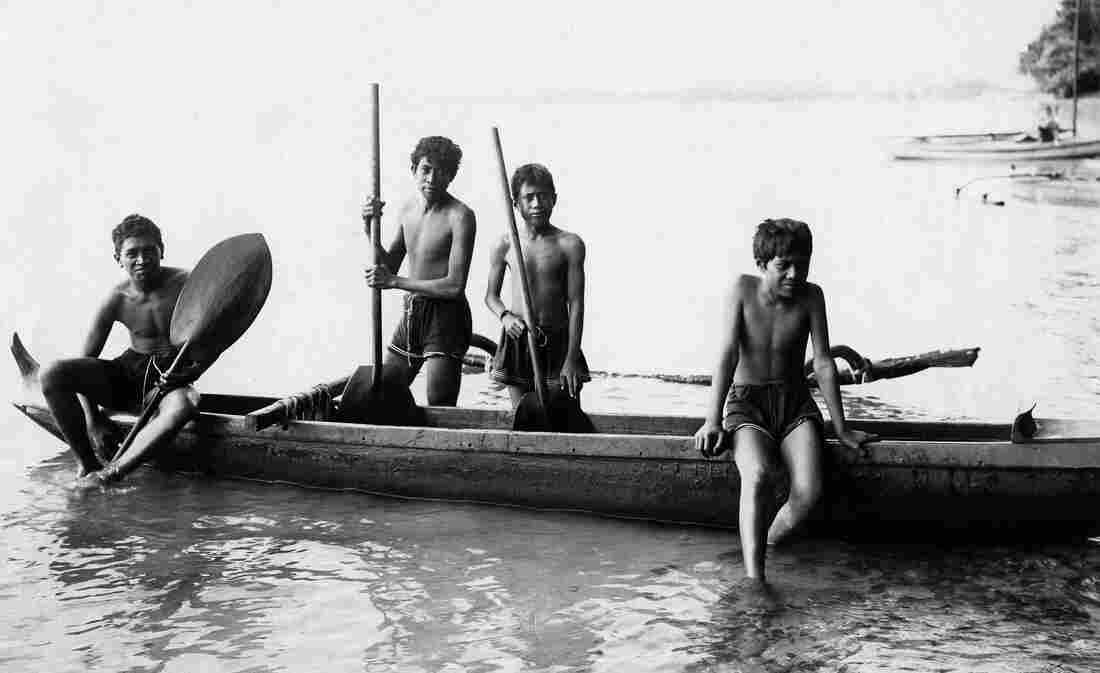 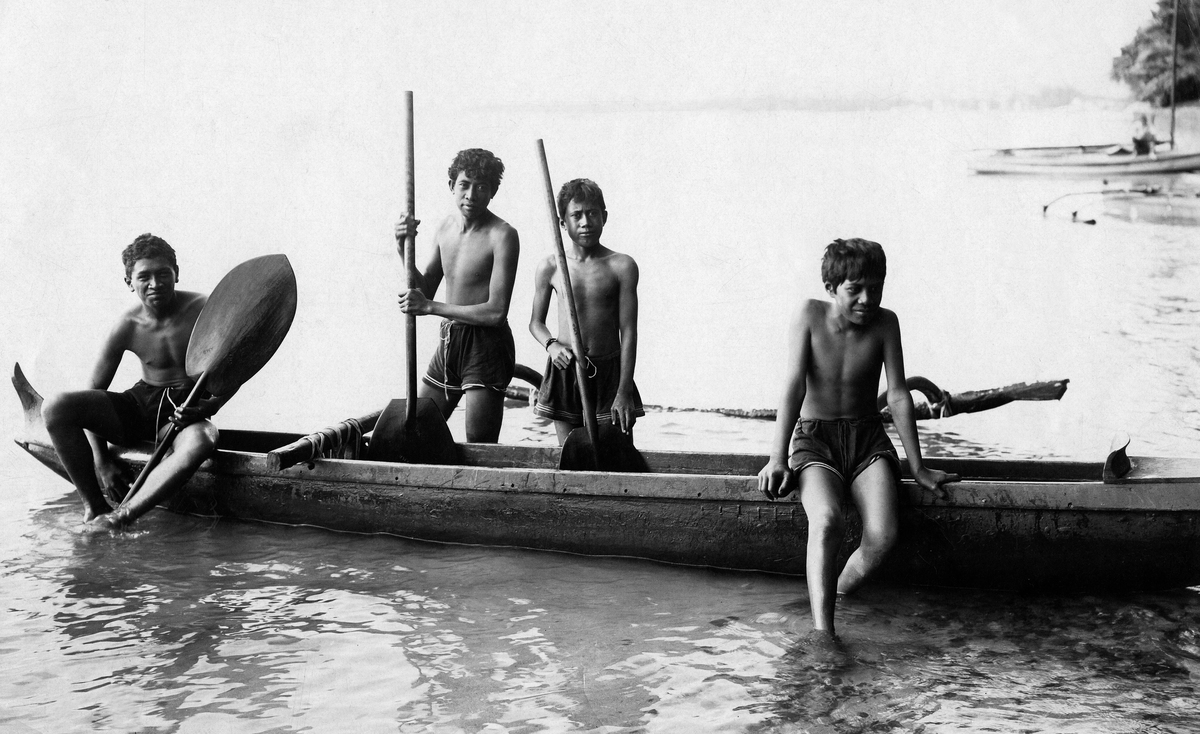 Young Hawaiians in their canoe near Honolulu in 1907.

In 1778, the British explorer Capt. James Cook became probably the first European to encounter the Hawaiian Islands. Things got really ugly, really fast: Not too long after their first encounter, Cook died in a skirmish with the Native Hawaiian population in which dozens of Natives were killed.

While no one knows exactly how many Native Hawaiians there were when Cook arrived, scholars agree that that contact with Europeans had disastrous consequences for the islanders.

"Captain Cook and his crew wrote in well-documented accounts about concerns that they had infected the population with venereal diseases (Cook said he unsuccessfully tried to prevent his men from mingling with the native women). Over the years, many other infectious diseases and illnesses such as measles, chicken pox, polio and tuberculosis killed thousands of Hawaiians. ...

"Historical accounts by missionaries and other Westerners who first arrived in the 1820s frequently predicted the complete eradication of the Hawaiian race from the planet by the early 20th century. Indeed, by 1920, the Native Hawaiian population had dwindled to just under 24,000, according to the U.S. Census."

But as Goo wrote last week, that picture has dramatically improved over the past few decades, although just how much depends on which set of numbers you're using to estimate how many people were living on the Hawaiian islands before the arrival of Europeans.

The Kamehameha Schools, an educational organization for Native Hawaiian youth, place the 1778 population at around 300,000, but recent estimates used by sociologist David Swanson place them much higher, at around 683,000.

This U-shaped graph plots both and does a good job of showing the extent of the estimated decline and the turnaround.

You'll notice that Swanson's projections have the population fully rebounding by 2060. But if you're using the Kamehameha estimate, then the Native Hawaiian population has already returned to where it was before the arrival of Europeans.

So why is the Native Hawaiian population growing? Goo writes that a high fertility rate among Native Hawaiians is one reason. But another major factor was a change to U.S. Census forms back in 2000: For the first time, respondents could identify as belonging to more than one race on the decennial survey.

We've written before about how that change has produced a bunch of surprising, complicated implications for understanding the country's demographics. But those effects have been especially pronounced among Native Hawaiians: Nearly 2 out of 3 people who identify as Native Hawaiian — 62 percent — said they belonged to two or three races. (Goo told me via email that she, too, is part Hawaiian.)

That probably reveals a lot about how scattered the Hawaiian diaspora is. Only around 6 percent of the state's residents identify as Natives. And as geographer John W. Frazier has written, about 40 percent of people of Native Hawaiian descent live on the U.S. mainland, which means that those folks are living among non-Natives and much more likely to marry non-Natives.

An earlier version of this story contained a photo that was described as showing native Hawaiians. In fact, it showed natives of the Santa Cruz islands.