Accessibility links
In Its Season Finale, 'Fresh Off The Boat' Is Still Wrestling With Authenticity : Code Switch Its fiercest critic, Eddie Huang, whose memoir inspired the show, says his life isn't recognizable in it. What's "real" or not is up for debate. 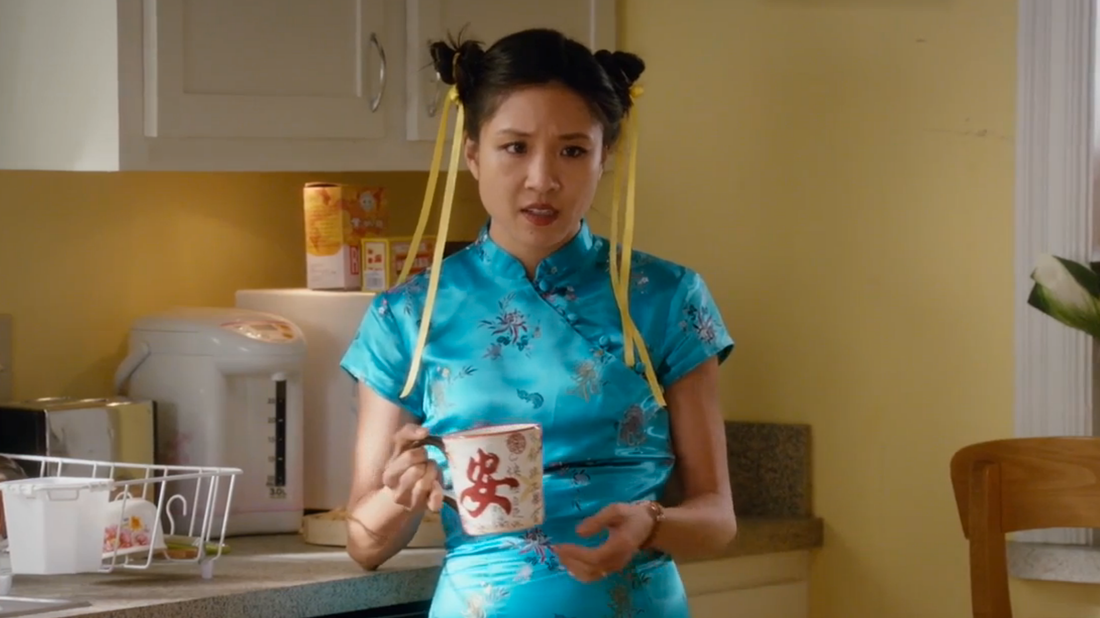 "Why are you dressed like Chun Li from Street Fighter?" Eddie asks his mom Jessica. Fresh Off The Boat/ABC hide caption

toggle caption
Fresh Off The Boat/ABC 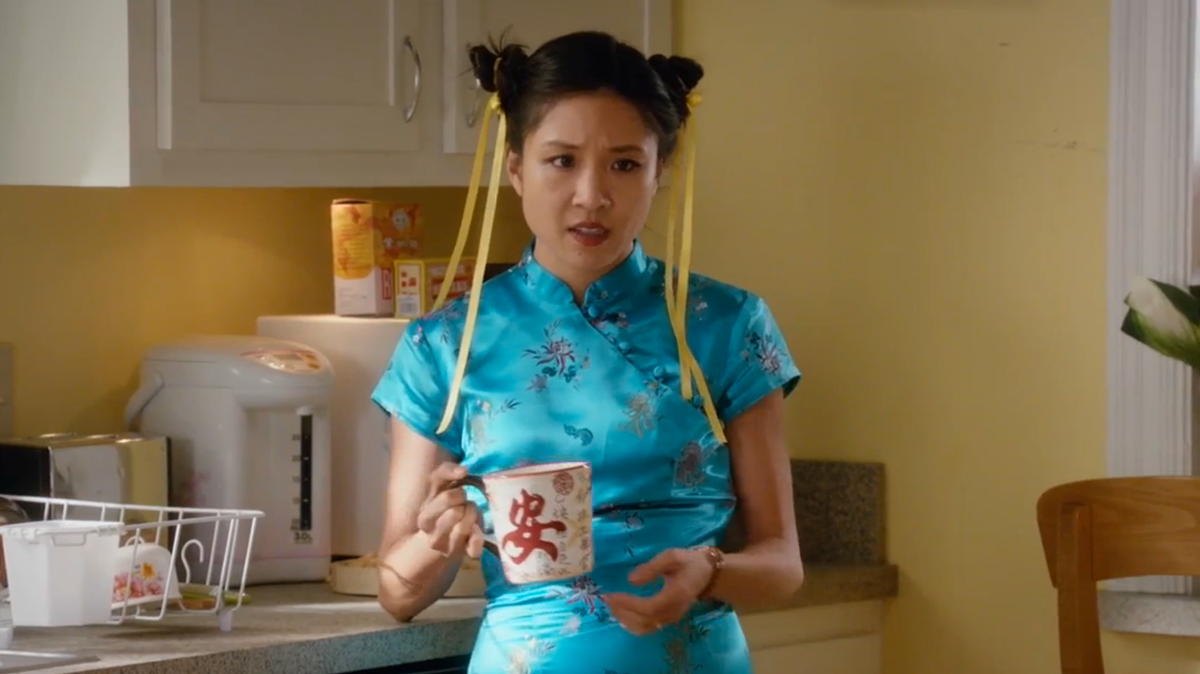 "Why are you dressed like Chun Li from Street Fighter?" Eddie asks his mom Jessica.

In Fresh Off The Boat's season finale, Jessica, the family matriarch, worries over whether or not she and her kids have assimilated too much. The Huangs had been struggling to make ends meet, and now all of a sudden, things are turning around. Their steak house, Cattleman's Ranch, is booming. Jessica, who struggled to fit in to suburban Orlando life, has discovered the joys of Melrose Place, and even has a group of girlfriends to watch it with. And in perhaps the ultimate sign that they've "made it," the family is invited to join a local country club.

"We can be [the club's] first Asian-American members," Jessica excitedly tells her white neighbors, who are members there.

"I didn't even think of that. You know, sometimes I forget you guys are Chinese," says the husband. "You guys are just like regular old Americans to us," says the wife.

This proves to be too much. Cue the dizzying about-face, where Jessica enrolls the kids in Mandarin lessons. She starts wearing qi paos, prompting Eddie to ask why she's dressed up as Chun Li from Street Fighter. She stops serving macaroni casserole for dinner, going with chicken feet instead.

From the first episode of Fresh Off The Boat's freshman season, the idea of authenticity has been at the center of how people talk and think about it. Soon after Fresh Off The Boat first premiered, comedian Jenny Yang coined the term "rep sweats." It was her way of describing the anxiety some Asian-Americans were experiencing over the show, and the question of how their community would be represented. "[Asians] are so invisible, every time you have the opportunity to see yourself on TV, you hold your breath," she told an audience in Los Angeles.

After all, the last network sitcom featuring an Asian-American family was Margaret Cho's All-American Girl in the 90s, which crashed and burned so badly — with both viewers and critics — that many worried there might never be another network show with a predominantly Asian-American cast.

It doesn't help that Eddie Huang, whose memoir sparked the show, is one of the show's most outspoken critics. In February, writing for Vulture, Huang charged the producers with bleaching the grittiness out of his life, and for bringing on a showrunner who "cut her teeth on race relations writing for Seth MacFarlane." And just a few weeks back, Huang tweeted more criticism. "I'm happy people of color are able to see a reflection of themselves through #FreshOffTheBoat on @ABCNetwork but I don't recognize it," he said, going on to say that he no longer sees his life reflected in the show.

The producers maintain that Fresh Off The Boat isn't supposed to — and will never — represent everyone.

"There are so many elements that go into finding and connecting with an audience, so you never really know if that's going to happen," Fresh Off The Boat's show runner Nahnatchka Khan recently told Vulture's Joe Adalian. "You hope, but you don't know."

And by the end of the episode, Jessica's about-face goes into reverse — she just can't resist the "American" things she'd come to love. Macaroni casseroles are just so easy to make, and her love for Melrose Place is just too strong, she tells her husband. In the last scene, the family piles into their wood-paneled mini van. "I bet they have white valets," she says wistfully to her family. "I hope we get our car parked by a blonde one."

They roll their van out of the driveway, revealing their new Florida license plate: "SOCHINEEZ."

"And that's how my family started reppin' Orlando," we hear in a voiceover. "My mom had nothing to worry about. Because no matter what, we were never gonna leave our heritage behind."

"I think we forgot Grandma," one of the kids pipes up from the back.