Accessibility links
A Look At 'Blackbird,' The First Film On The New 'Black Netflix' : Code Switch The Urban Movie Channel, created by BET founder Robert L. Johnson, is being touted as the black Netflix. Its first original movie, Blackbird, is about a gay interracial romance in the Deep South. 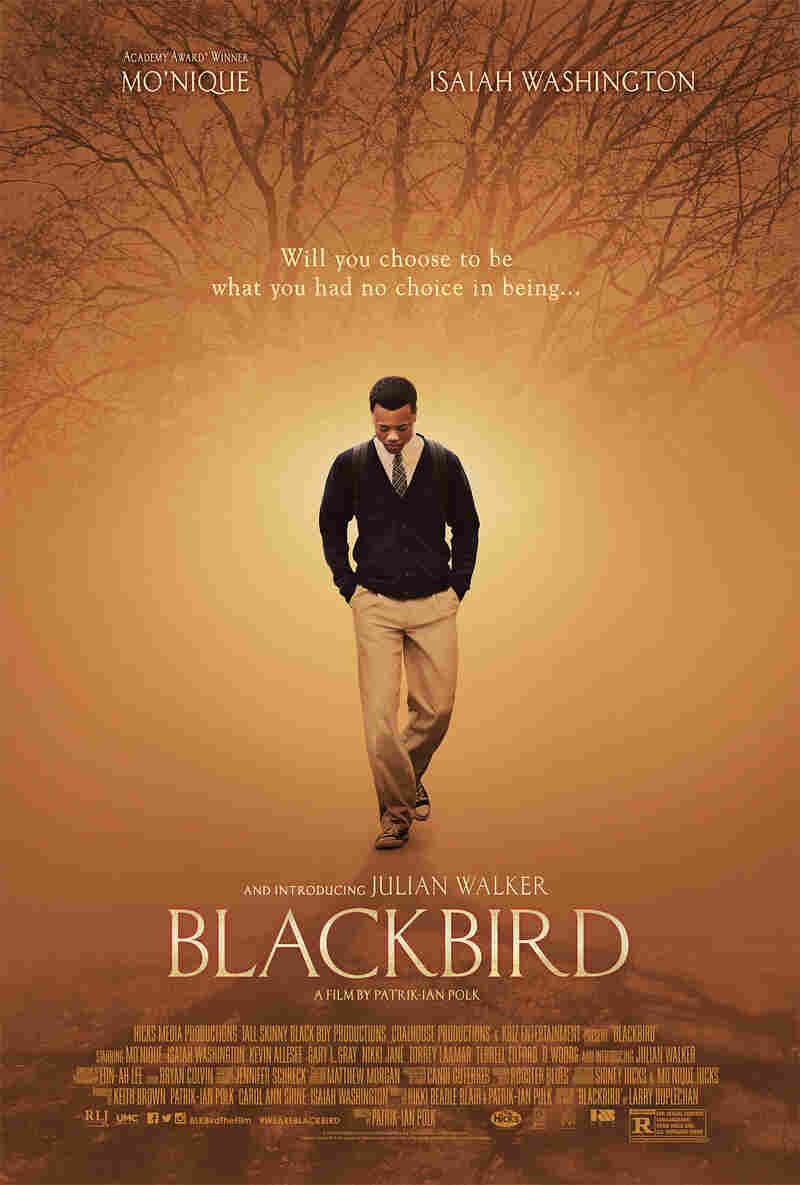 Blackbird is about a gay interracial romance set in the deep South. courtesy of blackbirdthemovie.com hide caption 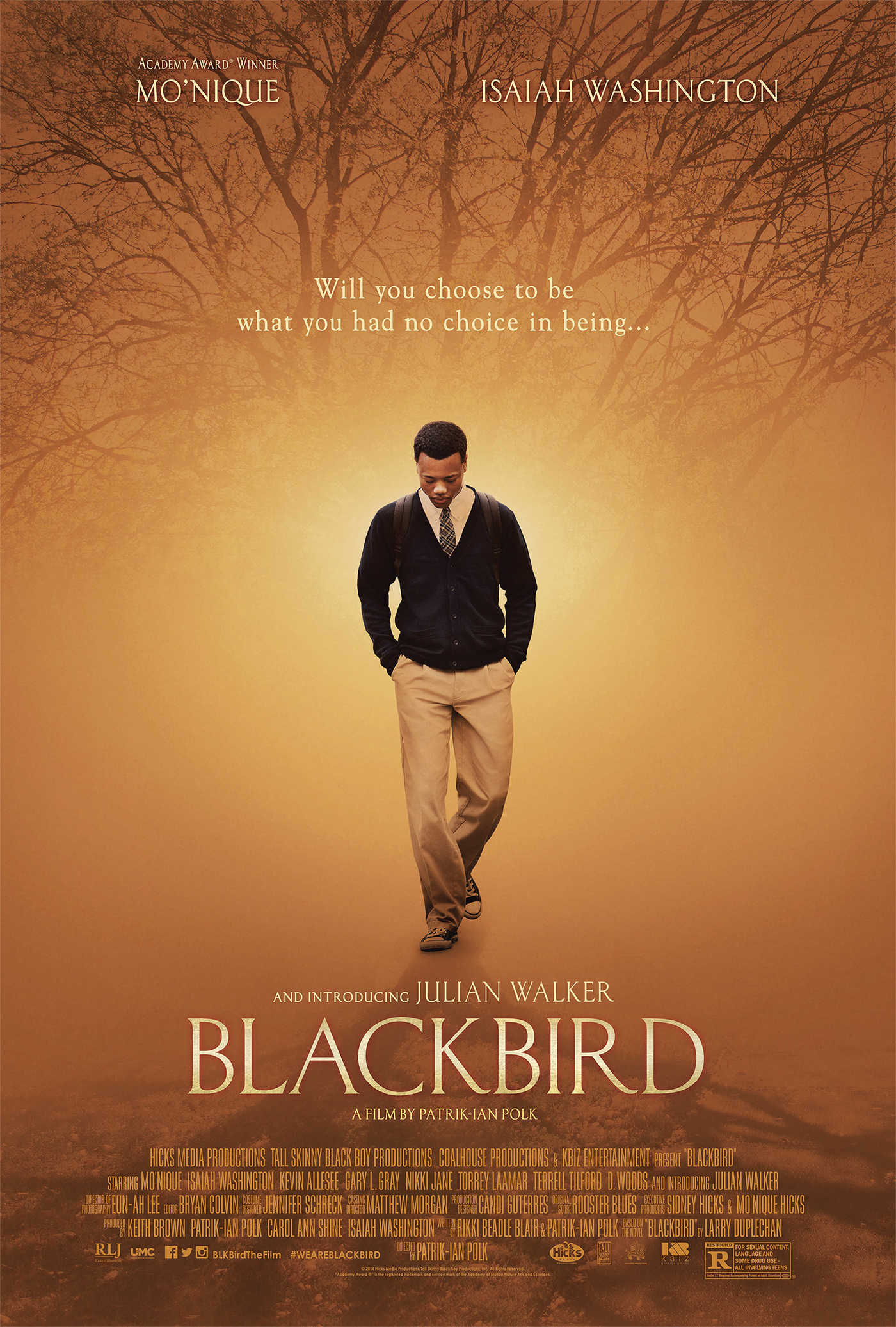 Blackbird is about a gay interracial romance set in the deep South.

A tiny independent movie has been picked by one of Hollywood's biggest moguls to promote his latest venture. Robert L. Johnson created BET and now, the Urban Movie Channel — an online channel that's being called the black Netflix.

The first original film it has acquired is a gay interracial romance set in the Deep South. In Blackbird, the main character Randy is in high school. Everyone thinks he's gay, and they're totally fine with it.

Randy, 18, is fervently religious. Even though his best friend is gay, Randy's in denial about his own sexuality.

Director Patrik-Ian Polk says Blackbird is a movie he has wanted to make ever since he left Mississippi for college and found himself in the gay and lesbian section of a Boston bookstore.

"And there was one book on the shelf I could tell had an illustration of a black person on the cover," he recalls. "I could see illustrated brown skin on the spine."

The book was Blackbird by Larry Duplechan.

"It had changed my life," Polk says. "I'd never read anything that was told from a gay black perspective."

That perspective informs everything Polk's made for the past 20 years, including his groundbreaking cable series Noah's Arc. When Polk finally adapted Blackbird, he sent the script to actor Isaiah Washington.

Washington recalls: "I said, 'So, sorry I said have to be part of this — this is an amazing story. Coming from me, I know it's going to raise eyebrows.' "

That's because seven years ago, Washington was accused of using an anti-gay slur in an argument on the set of the show Grey's Anatomy. In Blackbird, he plays Randy's loving father.

All the drama around what Washington might have said on the Grey's Anatomy set did not concern Polk.

"Two actors having a spat on set — which happens all the time — and unfortunately in this media age that we live in now, that gets blown up," he says. "And suddenly he's labeled, you know, homophobe, and that's all people remember."

Polk says the label sticks with Washington even though other actors like Alex Baldwin, Jonah Hill have used gay slurs, apologized and moved on.

Since the Grey's Anatomy incident, Washington has worked in a lot of small independent films. He starred in the critically acclaimed but little-seen Blue Caprice, where he played the Washington, D.C., sniper John Muhammad.

Washington's recent films reflect his range and fearlessness, says Marcella De Veaux. She's a media relations expert who follows entertainment issues. But she was still surprised to see Isaiah Washington in a movie with a lot of gay teenage sex — some of it during church.

"If I were guiding him, I would have suggest something maybe not so controversial, maybe not so provocative," she says. "I might have said, 'Play it safe.' "

Blackbird is also opening in a small number of theaters across the country this weekend. De Veaux is impressed that it's the Urban Movie Channel's first original acquisition

"It's terrific, I mean, it's Bob Johnson," she says. "He takes chances. Why tiptoe out of the gate?"

As it happens, this is also the first movie out of the gate for actress and comedian Mo'Nique since she won an Oscar four years ago for her role in the movie Precious. Mo'Nique says she got branded as difficult, partly because she turned down every single script she was sent.

"Not only did it not touch me, it just didn't make financial sense," she says. "You know, some of the offers that I was getting, I was offered less money after I won the Oscar than before I won the Oscar."

With Blackbird, Mo'Nique is executive producing. So is Washington. That gives them a kind of power over their narratives — both on screen and off.