Accessibility links
China, India Surpass Mexico As Leading Sources Of New Immigrants To U.S. : Code Switch A surge from Asia and a decline in new arrivals from Mexico change the outlook for U.S. demographics. 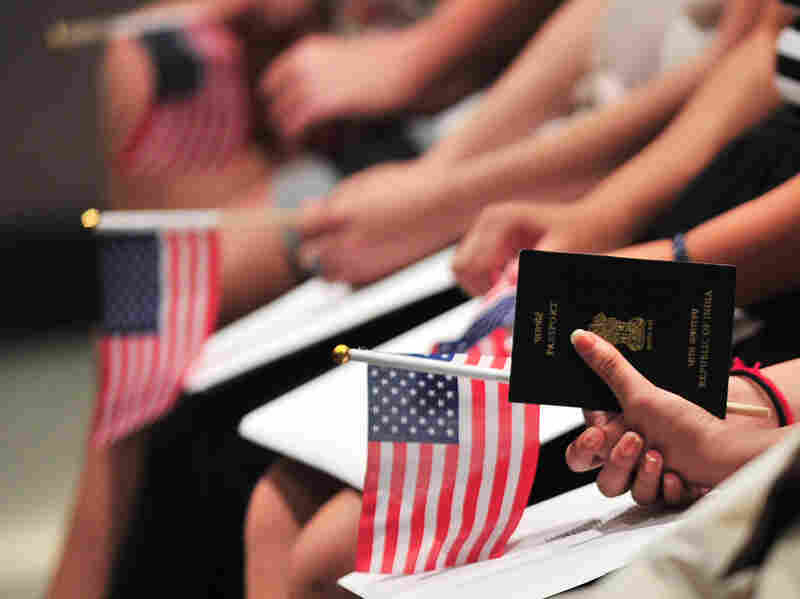 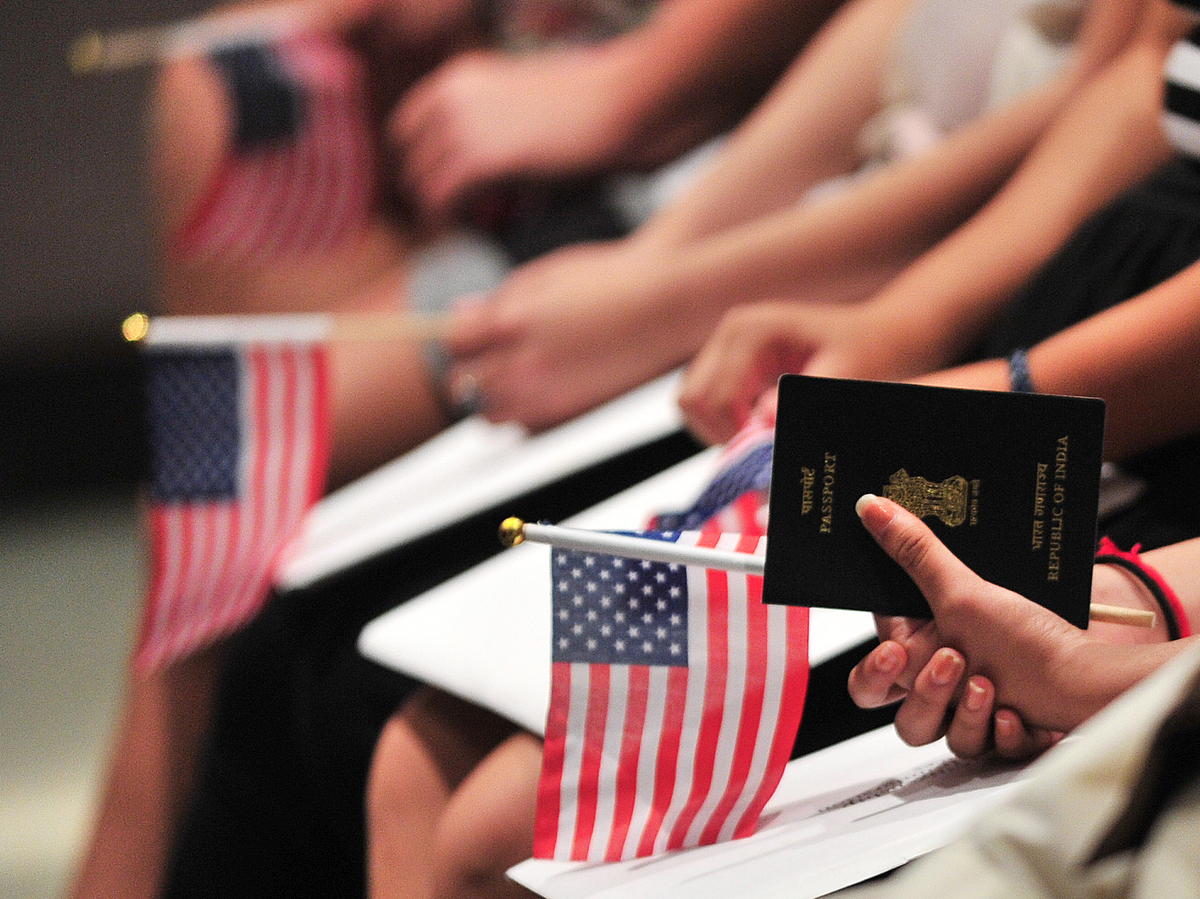 Children attend their oath of U.S. citizenship ceremony at the Birmingham Public Library in Alabama onAug. 14, 2014.

New data from the U.S. Census Bureau indicate a change in the flow of immigrants arriving in the U.S. from around the world and offer a look at what the nation will look like in the future.

The political debate today in Washington remains focused on the status of Hispanic immigrants; people from Latin America still dominate the population of legal and undocumented immigrants in the U.S. But it's now China that sends more immigrants to the United States. According to the Census Bureau's American Community Survey, 147,000 Chinese arrived in 2013 — the last year for which full data are available. India is second; the source of 129,000 immigrants to the States. Mexico was the country of origin for 125,000 immigrants. Korea, the Philippines and Japan are also leading countries of origin. The data include undocumented immigrants.

The new numbers were presented last week at the Population Association of America conference in San Diego.

According to Eric Jensen, statistician/demographer with the Census Bureau's Population Division, China's rise to the top comes amid a decade-long surge in Asian migration and a simultaneous decline in people arriving from Mexico.

Jensen says the change in immigrant flows affects the racial and ethnic makeup of the United States.

"While Hispanics are still the largest racial or ethnic minority group, a larger percentage of the Asian population was foreign-born (65.4) compared with the Hispanic population (35.2) in 2013. Given the numbers above, it is likely that the contribution of immigration to overall population growth will be greater for Asians than for Hispanics," says Jensen.

The new numbers do not surprise demographers.

"We have continued employment opportunities in the United States for people in Asian countries, some in high-tech and engineering," said William Frey of the Brookings Institution. "Many come here to study in graduate schools and wind up staying here."

In Mexico, the economy has gradually improved and population growth is slowing, Frey said.

"On the other hand," he added, "a lot of the kinds of low-wage jobs that attracted people from Mexico and other Latin American countries to the United States have dried up due to the Great Recession and the word has gotten out."

Frey is the author of Diversity Explosion: How New Racial Demographics Are Remaking America. He says the diversity boom America will experience in the next few decades will be as important as the baby boom was in the last half of the 20th century.

"As the older, Anglo population grows older, we need all of these younger people from Latin America and Asia and elsewhere to build up our labor force. So this is a different country we're going to have," says Frey.