Accessibility links
Why Have So Many People Never Heard Of The MOVE Bombing? : Code Switch A common reader response to our look back at the shocking 1985 bombing of the MOVE compound in West Philadelphia: "Never heard of it."

Why Have So Many People Never Heard Of The MOVE Bombing?

Why Have So Many People Never Heard Of The MOVE Bombing? 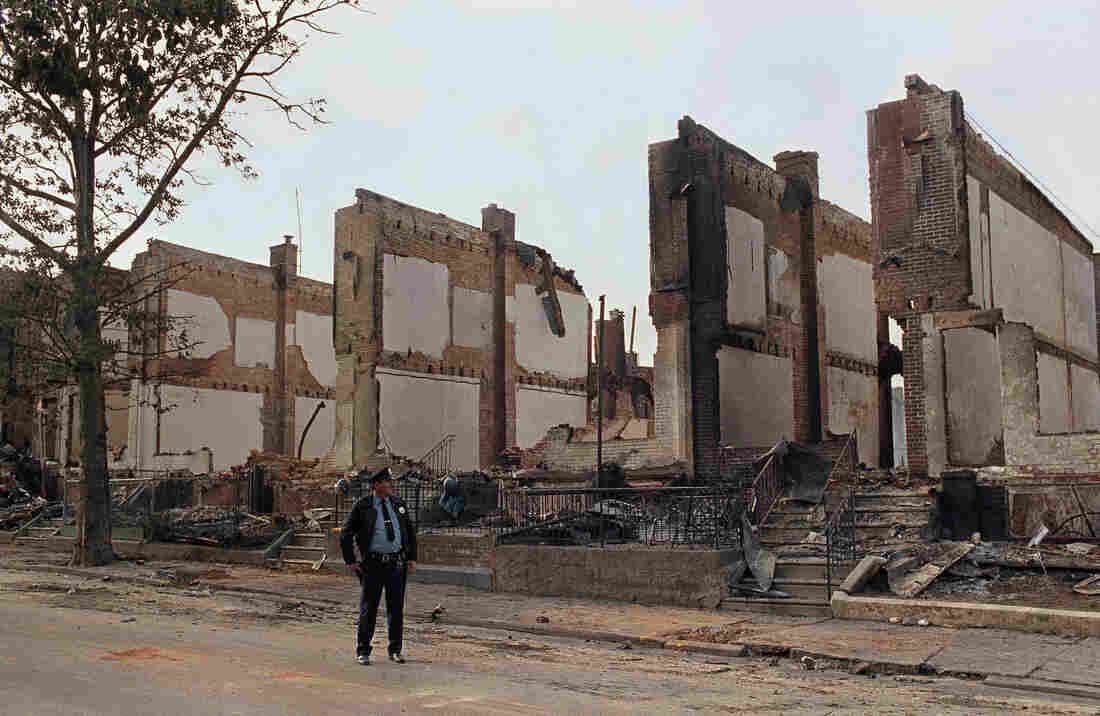 A policeman stands guard on Pine Street in West Philadelphia near the remains of 61 row houses days after they were destroyed by fire on May 13, 1985, when police dropped explosives into a house occupied by members of the radical group MOVE. George Widman/AP hide caption 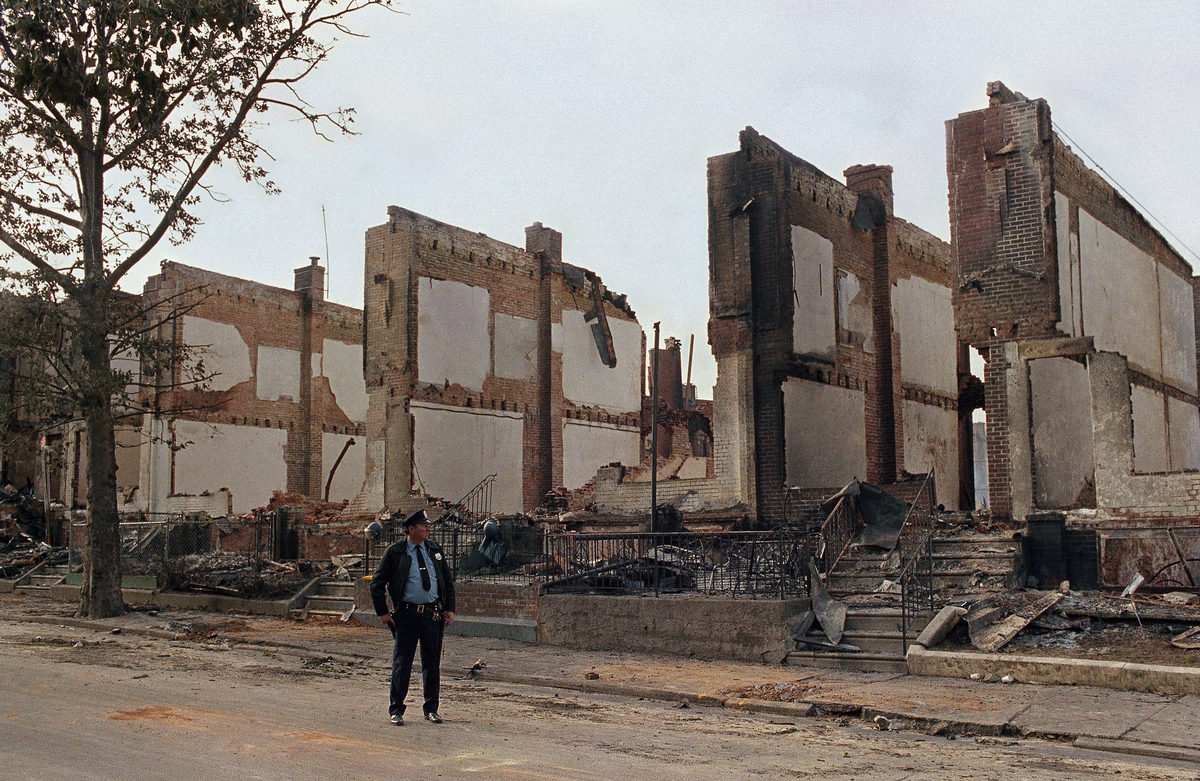 A policeman stands guard on Pine Street in West Philadelphia near the remains of 61 row houses days after they were destroyed by fire on May 13, 1985, when police dropped explosives into a house occupied by members of the radical group MOVE.

After my stories last week on the 30th anniversary of the MOVE siege in West Philadelphia in 1985, in which Philadelphia police dropped a bomb on a residential neighborhood, leaving 11 dead — including five children — we were surprised by how many people told us they'd never heard of the bombing.

At first, we thought the knowledge gap might be generational. My Code Switch teammate Kat Chow, who was born years after the MOVE incident, had never heard of it. But another NPR colleague who's about a generation older hadn't either.

Maybe it was regional. On Twitter, a few people told us the bombing never landed on their radars until they moved to the Philadelphia area. But even though Tasneem Raja, my editor on Code Switch, grew up 20 minutes north of Philly and attended a "hippie" (her words) Quaker high school where events like the Kent State shootings got a lot of airtime in class, she remembers hearing about MOVE only from her dad, never in school.

I grew up in Philly during and after the bombing. My elementary school was the kind of place where we we learned Afrocentric songs and teachers dressed in kente cloth, while my high school was overwhelmingly black. We never discussed it in class, either.

What gives? It's seems incredible that so many people had never heard about the time American law enforcement bombed U.S. citizens on U.S. soil, which, on top of the deaths, left dozens of bystanders' homes destroyed in an uncontrolled fire that the police commissioner told firefighters not to put out right away. The details are so extreme, so over-the-top. How have we forgotten this?

I put the question to Robin Wagner-Pacifici, who teaches at the New School and has written books on MOVE and other fringe militant groups involved in bloody government standoffs, including the Branch Davidians in Waco, Texas, and the Weaver family in Ruby Ridge, Idaho. She has noticed that while those groups identified with each other to a degree, referring to each other in their manifestos as fellow victims of the state, they don't seem to feel the same way about MOVE. "They created this kind of genealogy," she says, "but none of them mentioned MOVE."

She thinks the reason was ideological: MOVE's quasi-Rastafarian, anti-technology, pro-animal-rights worldview doesn't neatly fit on any part of the political spectrum, while other militant groups she has studied had some degree of overlap. And you can't lump MOVE in with other black power movements of the time, either; black radical groups often bristled at their tactics.

In the universe of violent fringe movements that ended in deadly mayhem, MOVE occupies a lonely branch. To some degree, maybe this helps explain why the story of MOVE isn't better known: If few people feel like your ideological kin, few people feel cause to carry your torch.

Wagner-Pacifici also traces this relative obscurity back to the players involved. Unlike other fringe groups she has studied, MOVE's final confrontation wasn't with a big federal agency like the FBI or the Bureau of Alcohol, Tobacco and Firearms. They clashed with local Philly cops and some state police. So while the story of Ruby Ridge has been folded into the larger national debate on gun control and the limits of federal power, the political implications of MOVE were seen as more provincial and self-contained. And unsurprisingly, local politicians were all too eager to move on and leave those implications behind.

Of course, Ferguson protesters faced off against local law enforcement, too, and Ferguson city cops would have loved if Michael Brown's death had stayed a hyperlocal affair. But technology has changed everything in the decades since May 13, 1985. If the MOVE bombing were to happen today, bystanders would be furiously uploading videos to YouTube, spawning Twitter hashtags and interconnected protests in cities around the country. CNN would be camped out in West Philly for weeks, to say nothing of the countless think-pieces.

If MOVE happened today, it might be quickly folded into the classroom, as has happened with other recent incidents of police violence. Teachers have all the materials at their fingertips: clips from livestreams, links to mainstream news articles and personal blogs, embeddable tweets, and so on. Back in the mid-80s, you'd have to wait around for the inevitable Frontline documentary or for an academic to publish a book. History gets commodified and redistributed much more quickly today.

The MOVE story faded into relative obscurity partly because no one connects with their cause today, and largely because the mechanisms to preserve the story weren't in place yet. But had it happened now, it would be much harder to forget.