Accessibility links
Racial Diversity Grows On Network Television, But Will Quality Lag Behind? : Code Switch Network TV's fall schedule has a lot of new shows with non-white stars and casts. But NPR television critic Eric Deggans wonders if those series will explore race and culture as well as current shows.

Racial Diversity Grows On Network Television, But Will Quality Lag Behind?

Racial Diversity Grows On Network Television, But Will Quality Lag Behind? 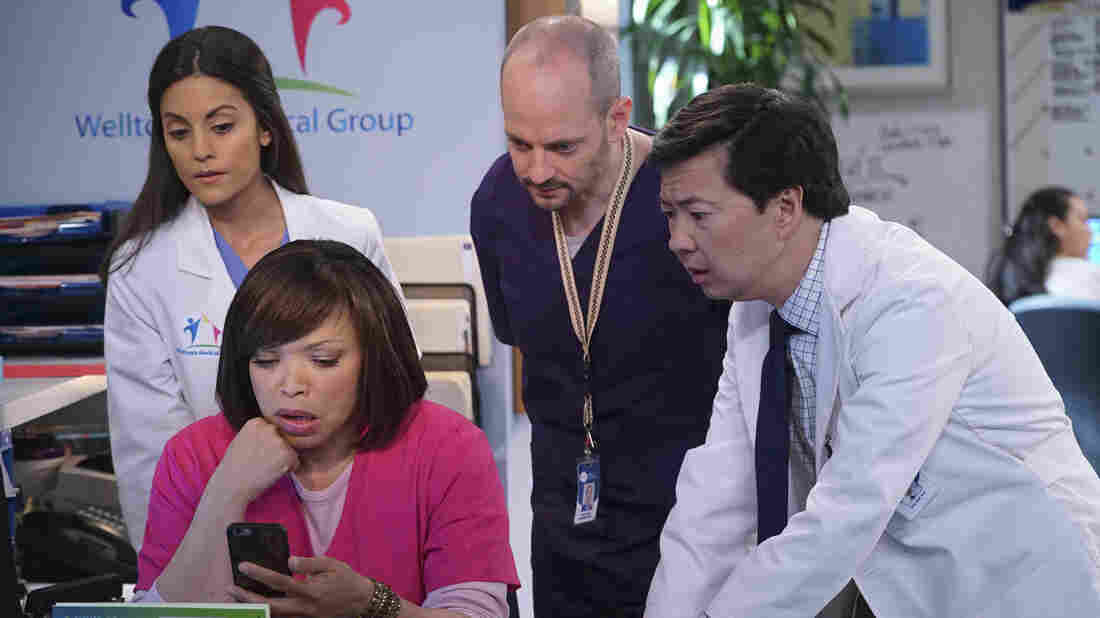 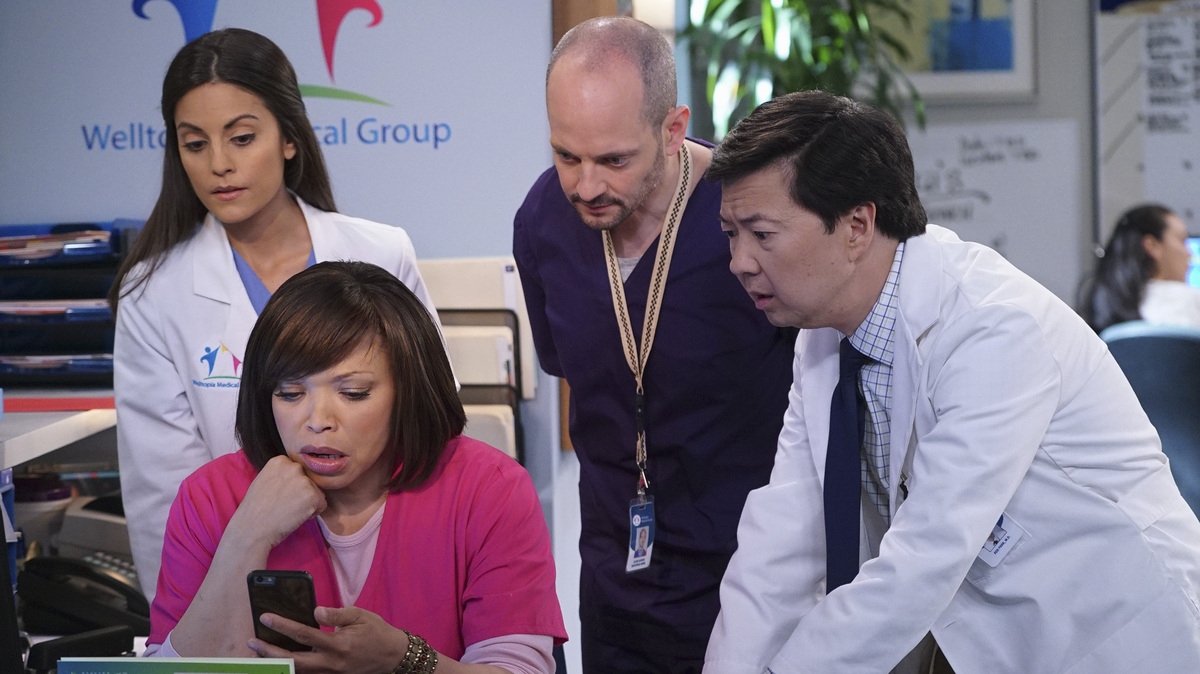 The moment comes a minute or so into the trailer for Dr. Ken, Ken Jeong's new fall comedy for ABC.

He's playing a Korean-American doctor with no bedside manners and a wacky family; not a bad setup for a sitcom that will straddle the work/family setting. Dave Foley, the ex-Newsradio star who plays Jeong's boss, chides his employee for insulting a patient, demanding he apologize.

"Then I'll finally have grounds to fire your tiny Asian ass," he crows. Then he turns in embarrassment to an African-American nurse played by former Martin co-star Tisha Campbell, and says "I will give you two extra vacation days if you don't report that." 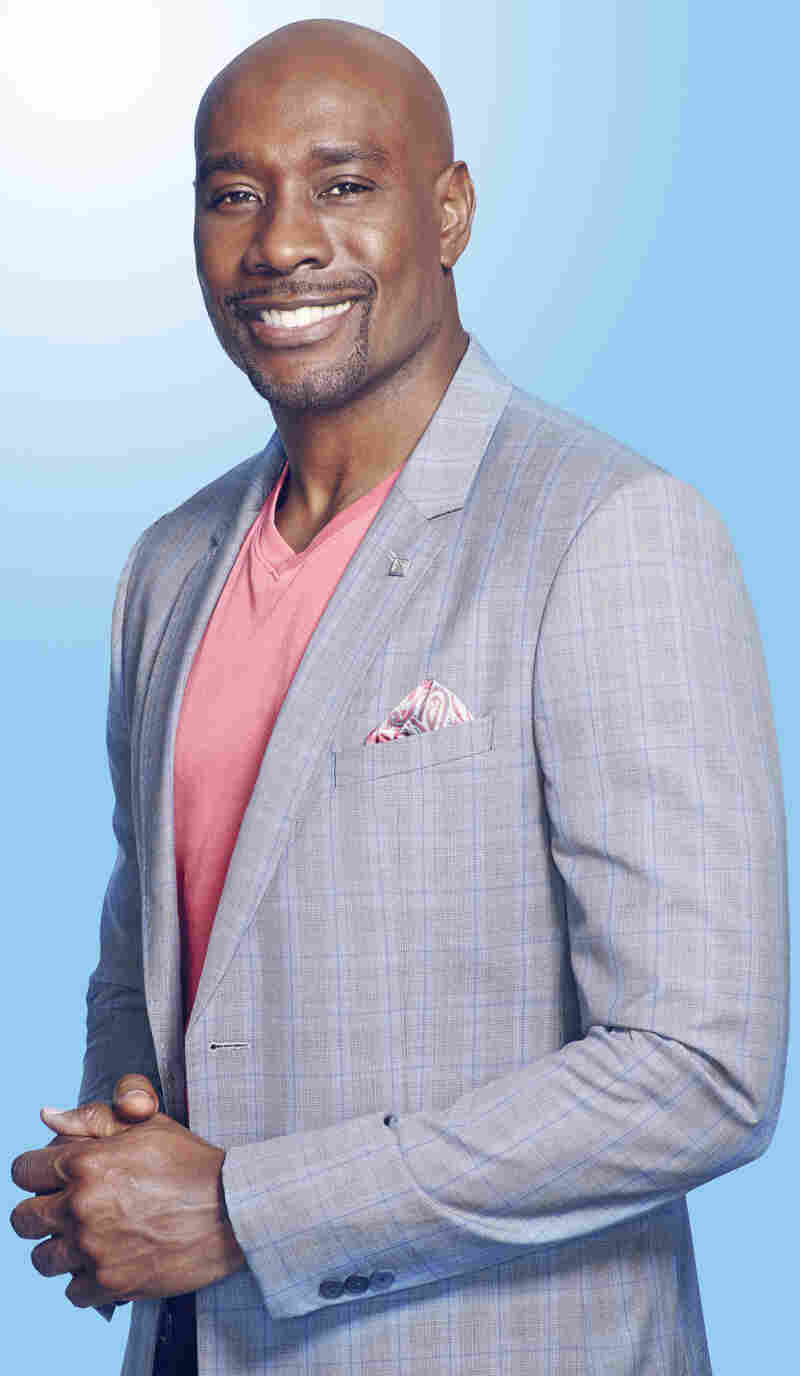 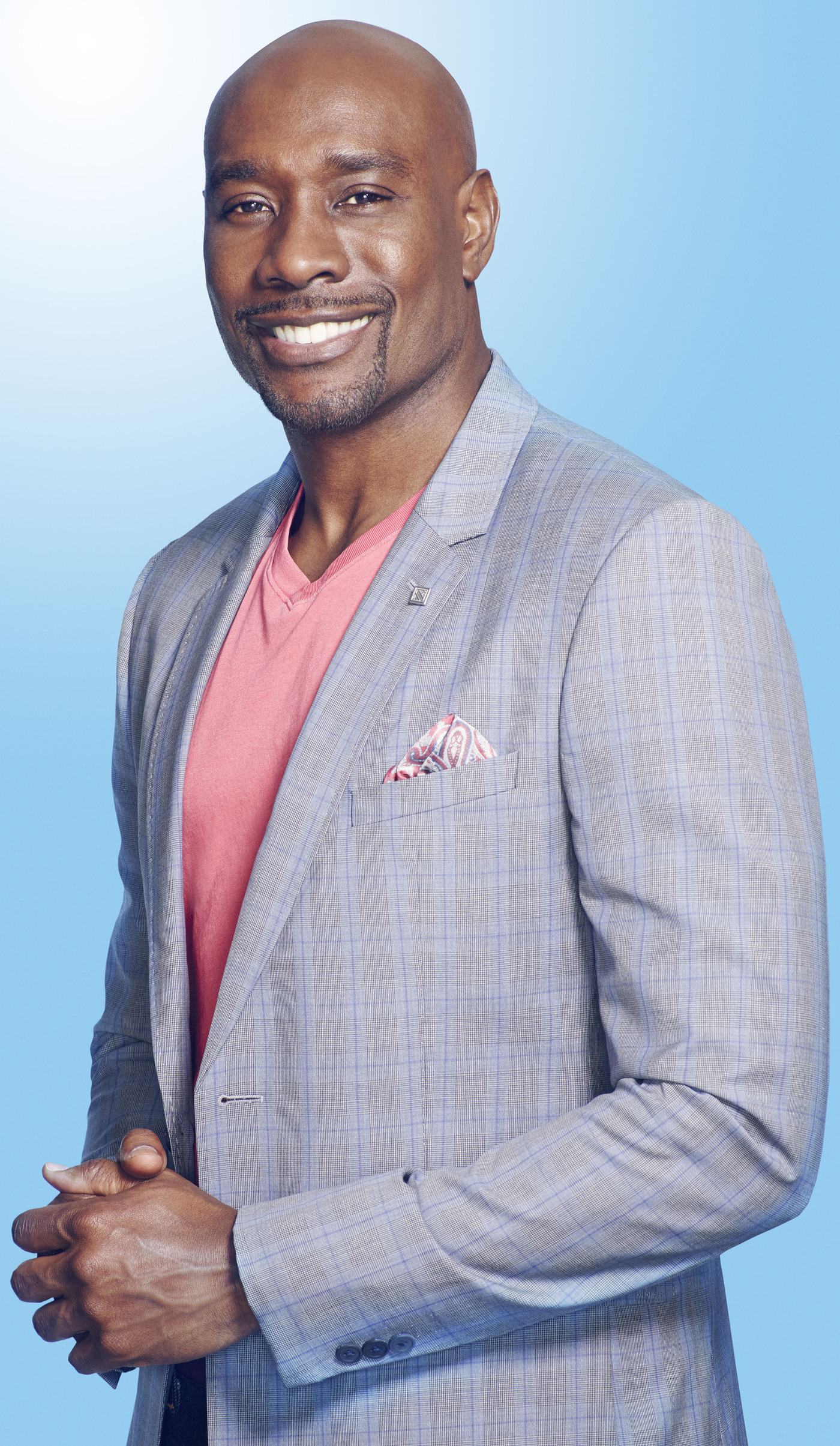 Jeong himself is actually a licensed physician who completed his residency at a New Orleans hospital before devoting himself to comedy, landing on NBC's Community and the Hangover movie franchise.

Still, that joke made me pause.

I haven't seen the full pilot for the show. As a fan of Jeong, I'm hopeful it will be much better than that moment. But clumsy, race-based jokes like that one –- which turn on nothing beyond a clueless character's clueless bigotry -– were exactly the kind of material I feared would flood television last year, when a burst of non-white centered shows debuted on network television.

Instead, we got inspired stuff like Black-ish, Jane the Virgin, Fresh Off the Boat, How to Get Away with Murder, American Crime and Empire. These weren't just shows featuring non-white casts; they also challenged how television handles race, culture and characters of color, while being flat-out entertaining. (ABC's Cristela, the only network series starring, created and executive produced by a Latina, was the only show from this season's freshman class of diversity-centered programs that was cancelled.)

The good news from the big broadcast networks' upfront presentations earlier this month, where they revealed their new shows for the next season, is that television's turn toward inclusion seems like more than a passing fad.

Of 42 new shows planned for next TV season on the Big Four broadcast networks, 13 series (or 30 percent), either star non-white actors, feature a mostly non-white cast or feature non-white actors as co-leads. Given that we're 15 years past a TV season when no new show on the top four networks had any non-white actors in the cast at all, those numbers look like progress.

These numbers also suggest that talk about white actors losing parts en masse to great crowds of performers of color — sparked by a Deadline.com story filled with anonymous sources that read like the dying gasp of Hollywood's white, male privilege — was overblown.

But there may be bad news: A look at early information and trailers for many of these shows — most pilots aren't available to critics yet — hint that the new crop of programs may not be nearly as groundbreaking or innovative as the stuff we saw this past TV season.

ABC, for instance, has developed a TV version of the 1989 John Candy film Uncle Buck starring an all black cast and featuring Mike Epps. But Uncle Buck isn't even considered one of Candy's classic movies; is this really a prime property for reinvention with a black cast?

NBC has three different series starring Latinas: Jennifer Lopez as a New York detective in Shades of Blue, America Ferrera as a retail employee in Superstore, and Eva Longoria as a telenovela star in Hot & Bothered. But the working title of Longoria's program was Telenovela; the fact that the culturally specific title was changed to something more generic leaves me worried for the actual content of the show.

Similarly, Fox has a crime drama with Morris Chestnut starring as a hotshot Miami doctor who helps solve crimes in Rosewood. In the show's trailer, it looks like a formulaic copy of Bones set on South Beach with nothing new or interesting to offer.

CBS has a TV version of Rush Hour, featuring two fresh-faced actors as a black Los Angeles police detective forced to work with a straitlaced Hong Kong detective, like the films starring Chris Tucker and Jackie Chan. But the last Rush Hour movie was released in 2007; will a TV version of a film franchise that was running out of steam eight years ago really excite today's television audiences? Some critics accused the films of perpetuating stereotypes about black and Asian people. Will that also be a problem for the TV show?

Still, if this latest crop of shows starring non-white actors seems derivative and generic at first glance, that may not be all bad. One could argue progress on diversity means seeing people of color in shows where their race or culture isn't the primary or most important topic. And media analyst David Bank, a managing director at RBC Capital Markets in New York, suggests that the turn toward more generic subjects might actually make shows featuring non-white actors more successful.

Bank says the most successful TV series often center on procedural franchises. That's industry-speak for shows focused on law enforcement like NCIS, CSI or Law & Order, that tell stories which wrap up in an hour and are centered on good guy-versus-bad guy conflicts.

Such franchises make a lot of money, Bank says, because they can be sold in overseas markets and do well as syndicated reruns. But most of the shows which debuted this season featuring non-white characters –- comedies like Black-ish and nighttime soap operas like Empire — don't fit that bill, which could be a long-term problem.

"Rosewood interests me... [Fox] will keep that show alive, because it's going to work in Germany," he says. "It'll work in sub-Saharan Africa. It's procedural with a bit of [soap opera elements] ... I see the dollar signs in the procedural stuff."

Regardless of the economics of television diversity, recent history indicates that networks have to take a more active part in seeking out incisive, groundbreaking shows and roles for non-white stars – in the way Fox has encouraged producers to maintain diversity on its recent shows.

The networks also need to empower non-white producers to create shows, in the way ABC has worked with 12 Years a Slave screenwriter John Ridley to create American Crime, and Fox backed The Butler director Lee Daniels to make Empire.

It's part of the constant struggle to create television that reflects the racial diversity of America without amplifying its problems with stereotyping and prejudice. And what's obvious from a look at the new shows coming next season is that the struggle is about to get more complicated than it has ever been.