Accessibility links
Tell Us: How Do People Celebrate Juneteenth In Your Area? #WouldntBeJuneteenthWithout : Code Switch In the South, it's red soda. In Detroit, it's Motown jams. Tell us on Twitter what your regional Juneteenth celebrations are like!

Tell Us: How Do People Celebrate Juneteenth In Your Area? #WouldntBeJuneteenthWithout

Tell Us: How Do People Celebrate Juneteenth In Your Area? #WouldntBeJuneteenthWithout 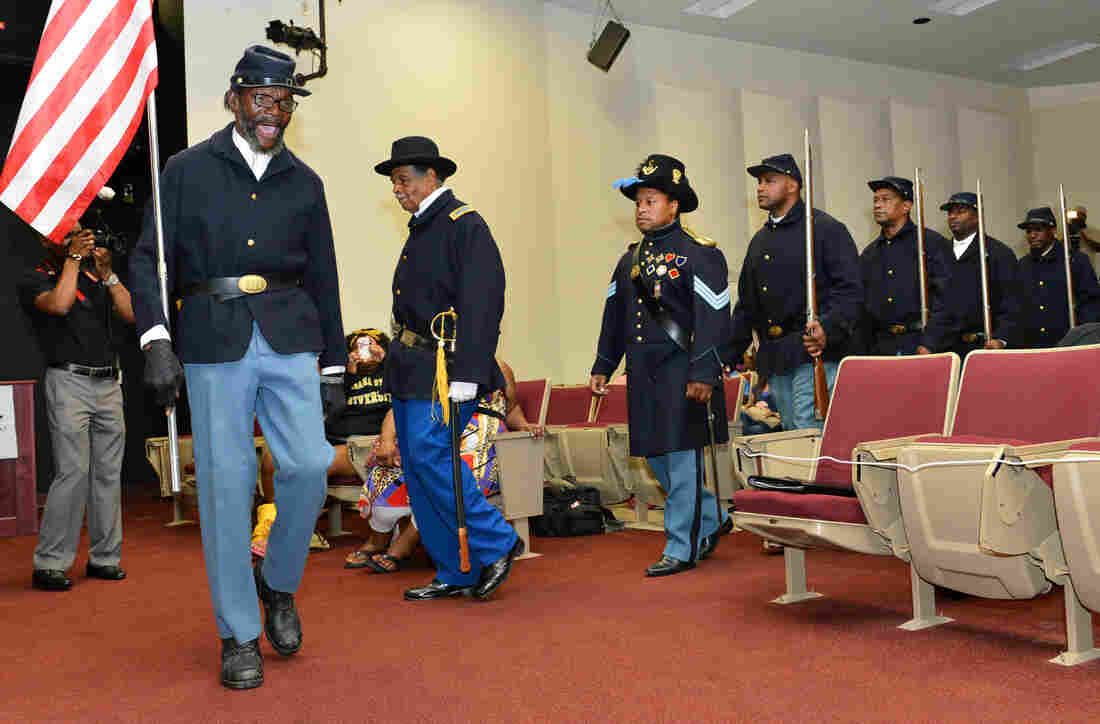 Reenacters bring in the American Flag at the opening ceremony during the 7th Annual Juneteenth Celebration held in 2013 in Springfield, Mass. Michael Beswick/The Republican/Landov hide caption 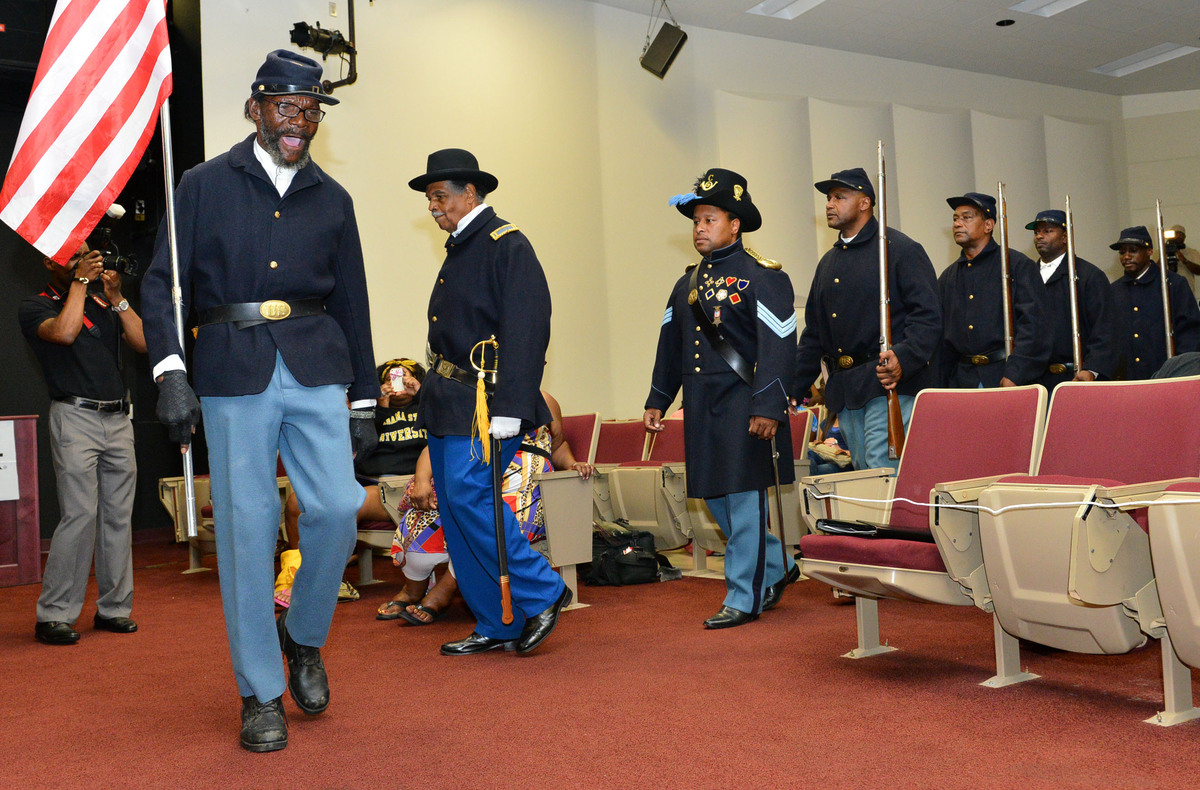 Reenacters bring in the American Flag at the opening ceremony during the 7th Annual Juneteenth Celebration held in 2013 in Springfield, Mass.

This Friday is the 150th observation of Juneteeth — June 19, 1865 —the day that news of emancipation finally reached slaves in Texas, the last to learn that they had been freed. Some call this day the "Black 4th of July," and each year people across the country celebrate with picnics, festivals, and barbecue.

But depending on where they live, black folks have all sorts of unique regional ways of celebrating Juneteenth. In Texas, oral histories often take center stage in the state where it all began. In Michigan, concerts with a Motown vibe mark the celebration, while in California, you can participate in a 5K walk and run in the park. Cowboys and cowgirls of color put their skills to the test in what's become a Juneteenth tradition in the American Southwest. In Connecticut, you might encounter something called a Marcus Garvey bean salad, consisting of red, green and black beans, a nod to the black nationalist flag. (What this has to do with Connecticut, I do not know.)

Meanwhile, growing up in Detroit, I never heard of serving red soda at Juneteenth bbqs, but apparently in much of the South it just wouldn't be Juneteenth without a glass of red carbonated seltzer water.

So tell us: how do people celebrate Juneteeth in your family, your community, or your region? Tweet at @NPRCodeSwitch with the hashtag #WouldntBeJuneteethWithout and let us know!

We'll collect some of your stories for a post here at Code Switch, and we might follow up with some of you for a little more information. Happy Juneteenth!