Accessibility links
How 4 Gay Black Women Fought Back Against Sexual Harassment — And Landed In Jail : Code Switch They're called the New Jersey 4, a group of young women who were catcalled and allegedly attacked in New York. Why did they — and not their harasser — end up in jail? A new documentary digs in. 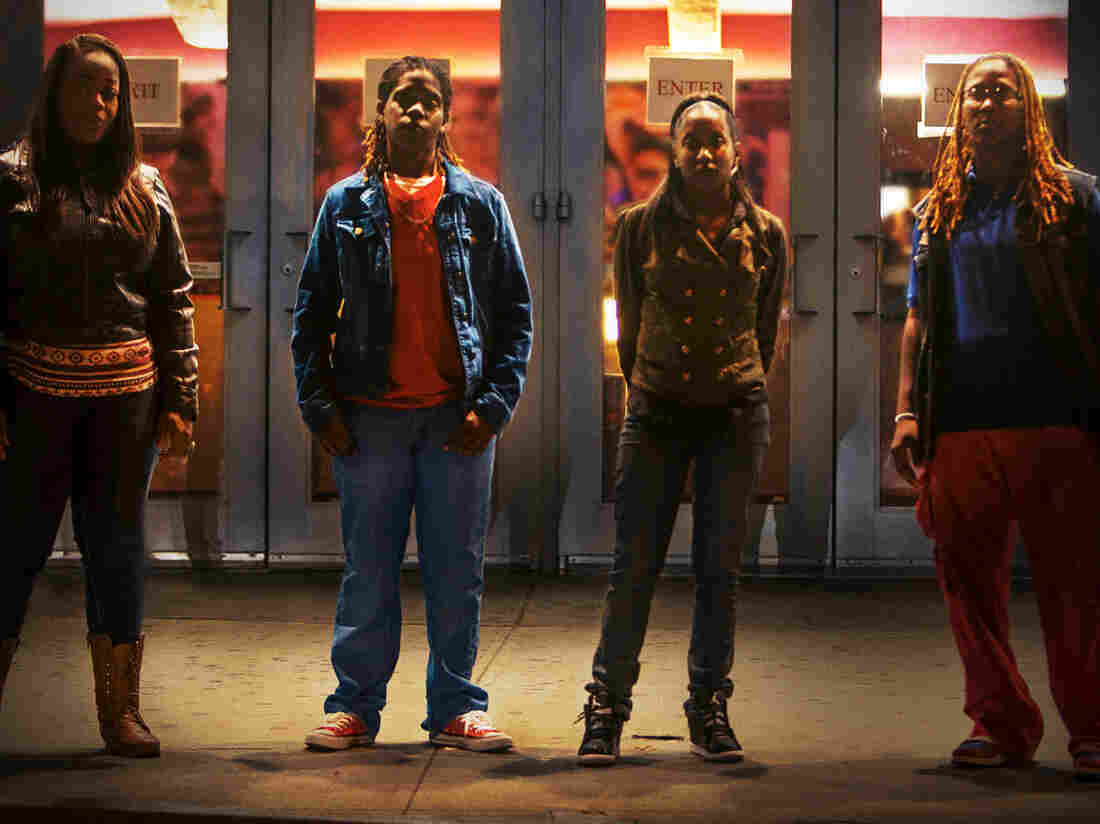 Everyone agrees on one thing: On the night of Aug. 18, 2006, Dwayne Buckle catcalled Patreese Johnson.

Johnson and six of her friends, all young lesbians of color, were walking down Sixth Avenue in New York City's West Village to hang out at the clubs in one of the gayest neighborhoods in America. That's when Buckle, a then-28-year-old black filmmaker, called out to Johnson, who was 19 at the time, with an obscene comment.

"Mister, I'm gay," Johnson says she told Buckle, trying to wave him off.

That's when Buckle allegedly got furious, threatened to rape the young women "straight," and threw a punch, according to Johnson and the women with her that night.

Buckle, who'd been sitting on a fire hydrant selling his DVDs, says one of the women swung first. During the fight, he ripped hair out from one of the girls' heads and reportedly choked another. The whole encounter, captured by a surveillance camera at a nearby movie theater, lasted four minutes. At some point, Buckle was stabbed with a kitchen knife and taken to the hospital.

Buckle told The New York Times he was "the victim of a hate crime against a straight man." All seven women were charged with felonies, ranging from gang assault to attempted murder. Local and national media seized on the story and cast the women as a "wolf pack" of "killer lesbians."

Three pleaded guilty, and the other four went to trial, where they lost their cases and were sentenced to between 3 1/2 and 11 years at Riker's Island. These women would come to be known as the "New Jersey 4," and their supporters argue that, far from being a gang of "marauding lesbians," they fought Buckle out of self-defense.

In 2008, filmmaker Blair Dorosh-Walther began chronicling the New Jersey 4. "Out in the Night," the resulting documentary film, aired on POV and Logo last week (and is streaming here). I recently talked with Dorosh-Walther and Renata Hill, 24, one of the New Jersey 4, about the news coverage at the time of the arrest and whether they think today's media would have handled it better, given the recent surge of interest in LGBT rights.

Renata, what did you think when Blair approached you about making the film?

Renata: At first I was reluctant. I thought Blair was an undercover reporter! Nobody had come to get our side of the story, so I wanted to know what her ulterior motive was. When she took the time to get to know our families and make sure we were comfortable with her, I was excited about it. Until that point the only story was the media version, which was completely horrible. They dehumanized us and I didn't want it to just sit like that. 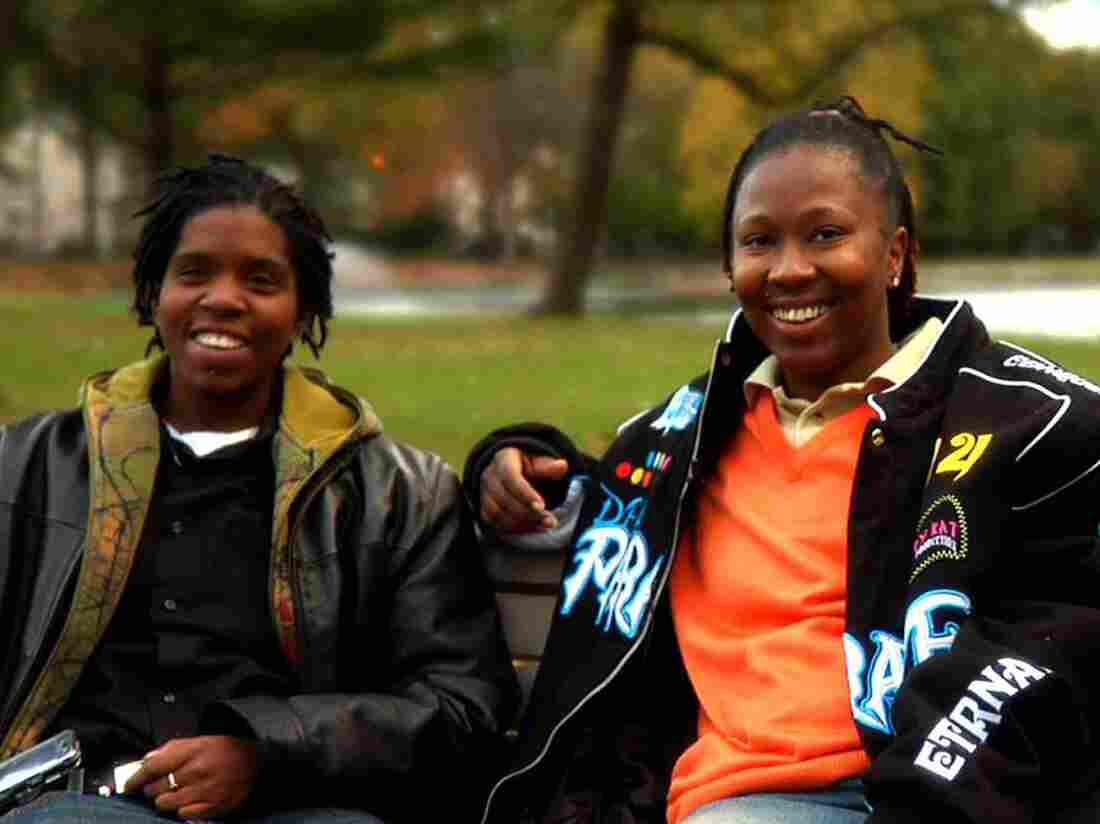 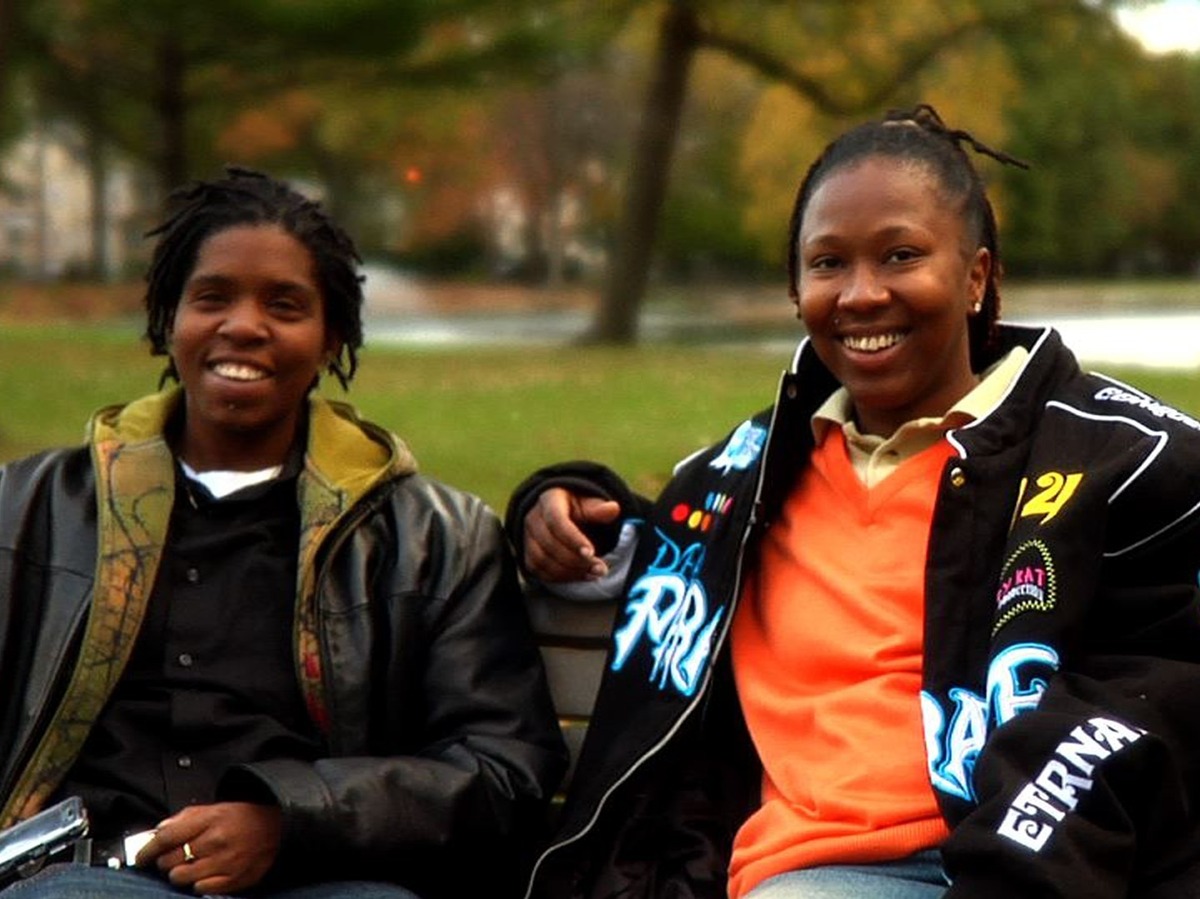 How did the news coverage affect you early on? Were you aware of it right away?

Renata: My mother had seen it in the newspaper, but my family knows what kind of people we really are. It angered them because we were young. We had never gotten in trouble before. Patreese's family didn't even know Patreese was a lesbian. Just imagine picking up a paper and your whole life is just exposed.

When we first got to Riker's Island, a group of girls noticed us coming into the building, and it was like, "There they go, that's them!" They came over with the paper and you got this crazy looking picture of Terrain [one of the NJ4] on the front page.

Blair: That image was used over and over again in the news. Even if there was an update in Patreese [Johnson]'s appeal—Patreese is femme identified—they would instead use that image of Terrain and put "gang assault" underneath it. It perpetuated the stereotype of what we think a gang member looks like.

Renata: It enraged me that they labeled us gang members. This was everything that was around me growing up and I made a conscious decision not to go down that path.

This happened because I felt threatened. I was afraid not just for myself, but also for my friends. We went out that night as family, as friends, and it was our responsibility to make sure that we got home together. We are always going to protect one another in a dangerous situation, and we have that right. I don't regret it, but it's like why didn't the media talk to us and get another side of the story? 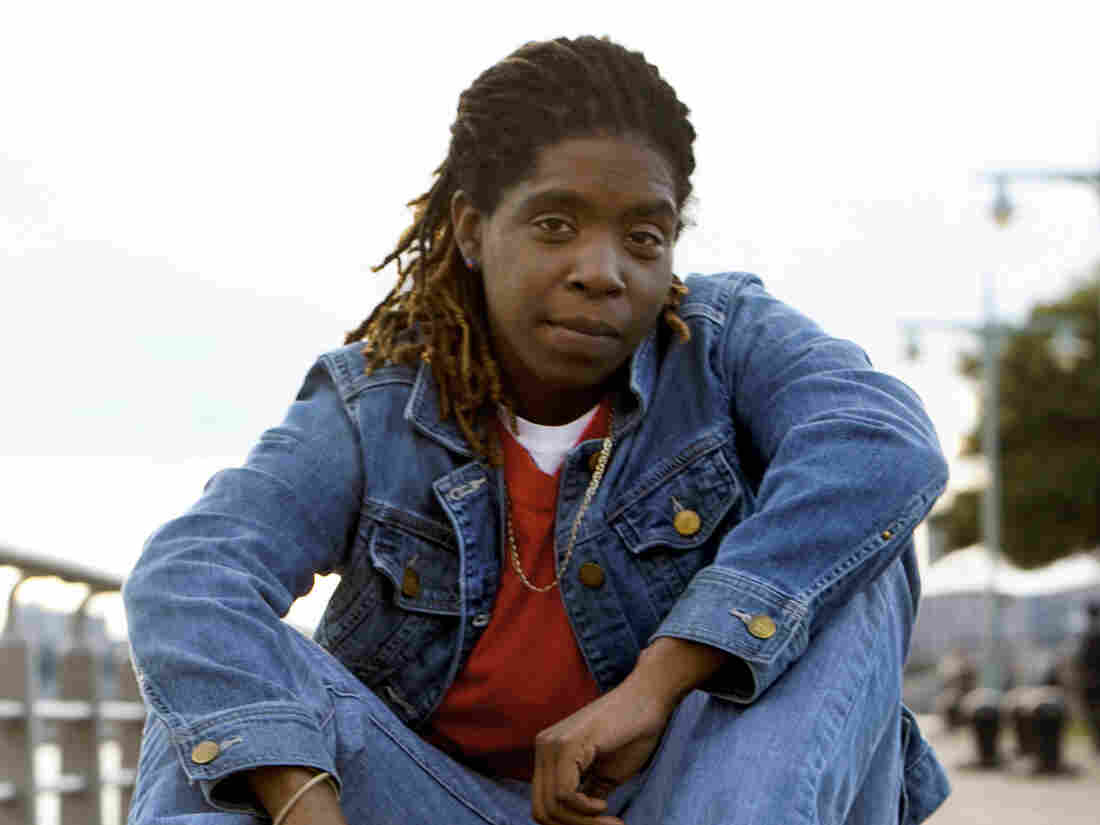 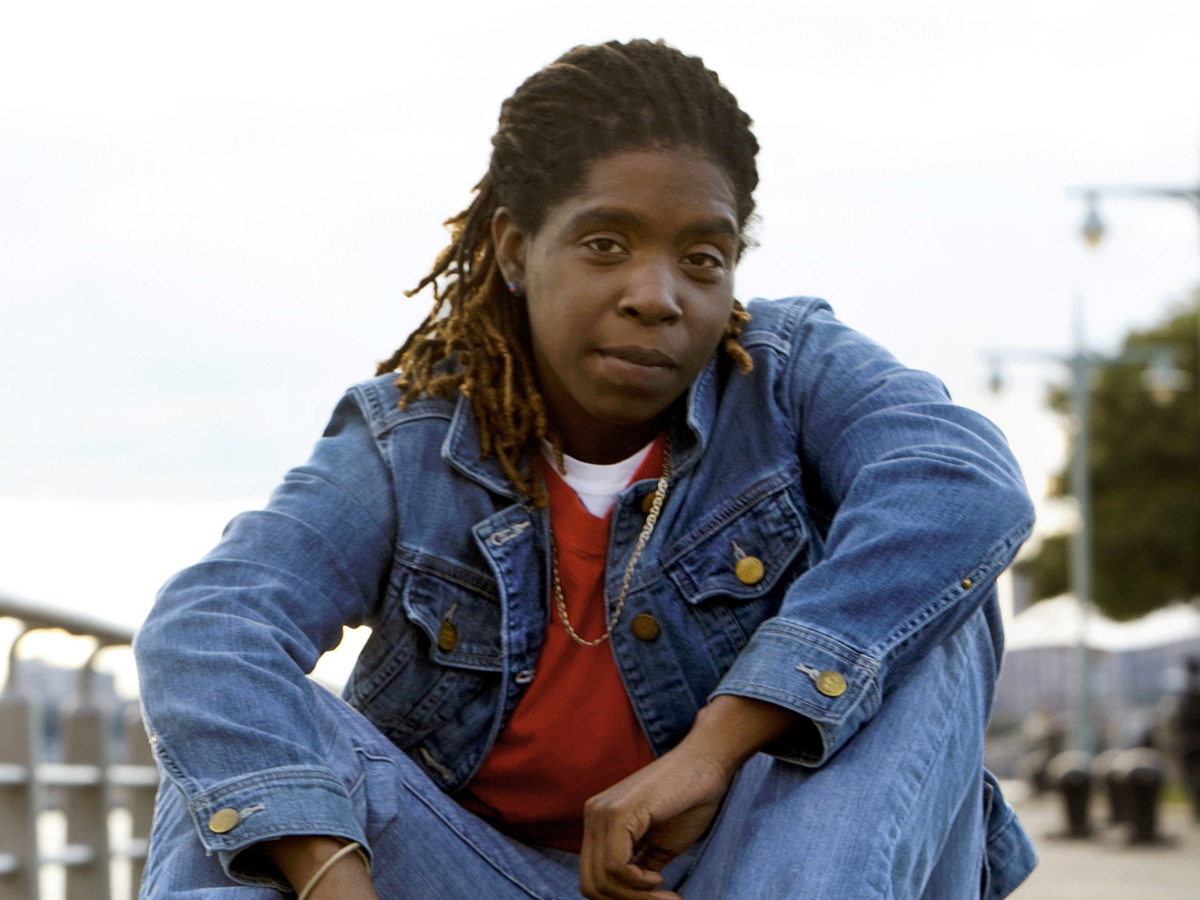 Terrain, a member of the New Jersey 4, in a picture taken for the documentary.

Why did you want to make this film?

Blair: I first heard about their case a day or two after the fight happened. The Daily News, The New York Post and the New York Times all had articles calling the women a "wolf pack" and a "gang of killer lesbians." Bill O'Reilly did three episodes on "lesbian gangs" taking over the U.S. The New York Times article—"man is stabbed in attack after admiring a stranger"— really hit me. The story was written by two female journalists, and I thought it was outrageous that they couldn't identify with these seven women. I've never met a woman who hasn't been sexually harassed on the street before, especially in New York City.

And I didn't think that would have been the case had [the NJ4] been white.

I first got involved with the case as an activist; I didn't think a white director should tell this story. But in 2008, when their appeals were approaching, I met with the women and their families and attorneys to see if they were interested in making a film. I didn't want to tell this story if they weren't going to be comfortable with me.

After two years in prison, you were offered a new trial but decided to plead guilty in order to leave prison serving only 3.5 years of your eight-year sentence. Now that you're out, how does the case affect your life?

Renata: When I go apply for a job I'm not confidant. I have skills, I'm smart and hardworking but none of that means anything now. When I sit behind a computer and that question comes up, "Have you ever been convicted of a felony?" I have to check "yes," and I have to put "gang assault" with no space there to explain my story.

After I got out, I was stuck in a shelter for years. One of the requirements of the shelter was to get a full time job. Right now I'm working with the documentary and traveling to different universities—that's my full time job. I got an apartment with my family in August. I'm in college studying to get my masters in social work.

Do either of you think that the media would cover this case differently today? It's six years later, gay marriage is legal in much of the US, Caitlyn Jenner was on the cover of Vanity Fair, and there are a number of prominent LGBT people of color in media and TV. Have things changed?

Blair: I don't think it would be different today. When we look at everything happening in the news with police brutality, in terms of race, we're still in a really, really terrible spot. I think the combination of their sexuality, gender presentation, race, and class led to the media's response. The media helps create a more dangerous environment when they write like this. It affects people's lives.

Renata: When Trayvon Martin died the media didn't focus on the fact that this was an innocent young boy going to the store to get iced tea and Skittles, they focused on the fact that he had marijuana in his system. With Eric Garner, it was that he sells cigarettes. They pointed out that Freddie Gray was running from child support. They paint a picture so when you're reading it, you imagine these vicious people in front of you.

I don't see media coverage being different than what it was back then. I think we still have a long way to go.