Accessibility links
In The Writer's Room, One Woman Quietly Makes Late Night History : Code Switch Robin Thede's wide-ranging career has included stints in both journalism and comedy. Now, at The Nightly Show with Larry Wilmore, she's the first black woman to work as a head writer in late night TV. 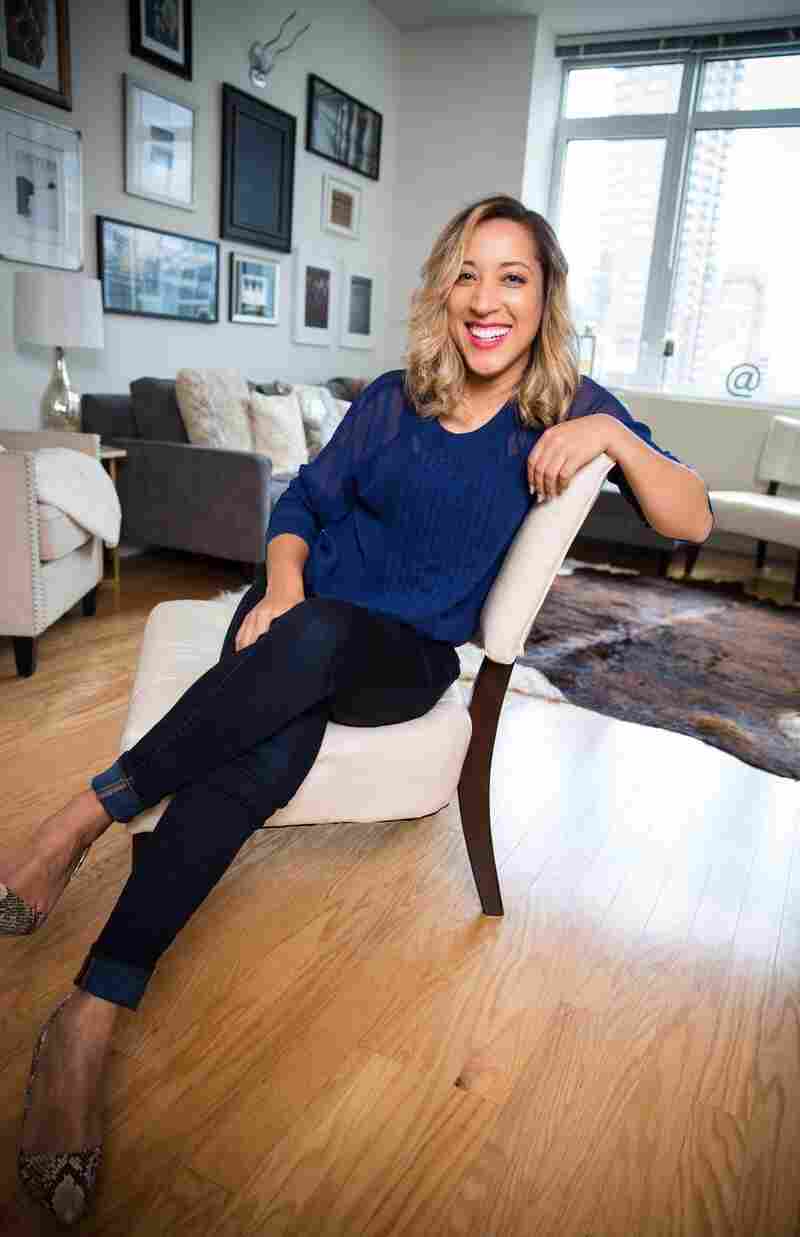 Robin Thede is head writer for Comedy Central's The Nightly Show with Larry Wilmore. She's previously been a reporter for E! News, a writer for BET's Real Husbands of Hollywood and head writer for The Queen Latifah Show. Jaxonphotogroup/Courtesy of Robin Thede hide caption 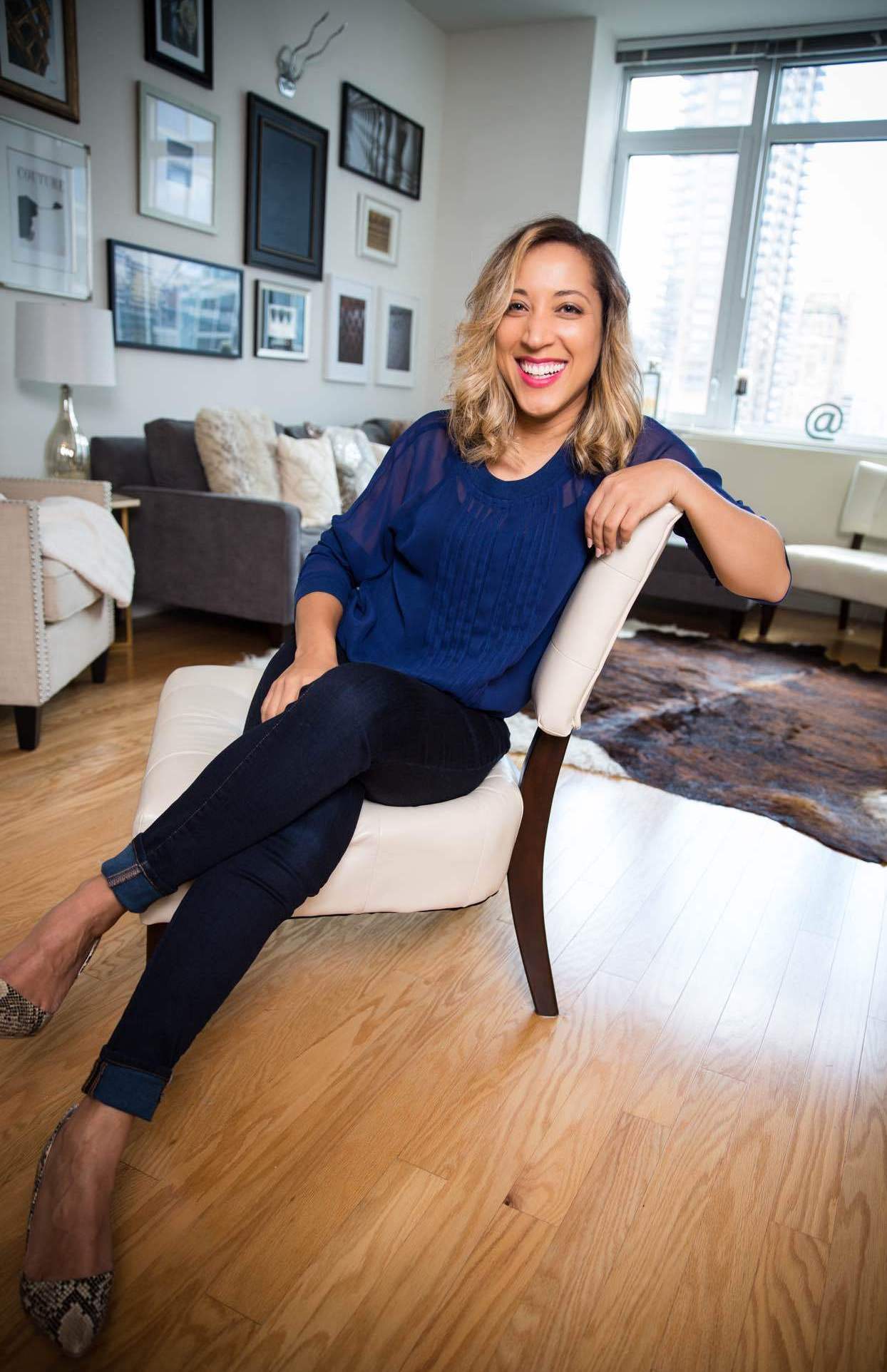 Robin Thede is head writer for Comedy Central's The Nightly Show with Larry Wilmore. She's previously been a reporter for E! News, a writer for BET's Real Husbands of Hollywood and head writer for The Queen Latifah Show.

How do you write jokes for a TV comedy about race and culture when there are riots over how police treat black suspects, and a gunman just shot down nine people in a black church?

If you're Robin Thede, head writer for The Nightly Show with Larry Wilmore, you think carefully about where you focus the joke.

"The thing about tragedy, is that it causes people to react in a myriad of ways ... [and] some of them are very hilarious," Thede says, laughing. "You don't make fun of the actual tragedy. You make fun of the ridiculous ways people react to it."

Her example: The way some news outlets focused on the involvement of the gang Black Guerilla Family when rioting broke out in Baltimore last April.

"You've got people on the news saying 'Black Guerilla Family' 4,000 times because they get a kick out of saying 'gorilla' when connected to black people," she says.

That frustration turned into a bit on The Nightly Show — a montage of Fox News anchors saying "Black Guerilla Family," then Wilmore responding with a choice run of curse words.

"We see that and go, 'Finally, this is the stuff we can talk about,'" Thede says. "This is the stuff that pisses us off when we're watching at home, and now we have a voice."

Wilmore made a bit of history then as the only black man hosting a major late night talk show.

And Thede also made history: She's the first black woman to serve as head writer for such a show. But she's quick to counter the notion that The Nightly Show is just a parody of Meet the Press centered on jokes about race.

"For us it's race, it's class, it's gender, it's disability, it's anybody that's an underdog," she says. "Which to us, is anybody in the right situation. If you're a white person in the wrong neighborhood, you're an underdog."

In the show's offices in Manhattan, Thede turns her blend of outrage and can-you-believe-it humor into actual jokes.

Writers and producers are plopped on couches in her office for a morning meeting about upcoming skits. The wall behind Thede's desk is dominated by a huge dry-erase board with bits for upcoming shows written out.

There's excitement in the room, because Morgan Freeman will be stopping by later to record an appearance on the show — one where Wilmore will play an Afro-wigged, platform shoe-wearing host of a '70s TV show called Soul Daddy.

But the big topic of the meeting is George Zimmerman, the man acquitted of shooting unarmed black teen Trayvon Martin, who had recently been shot at during an argument and struck with flying debris.

Thede describes a joke where a marching band tries to celebrate Zimmerman getting shot, only to have Wilmore break the news — it hadn't really happened. 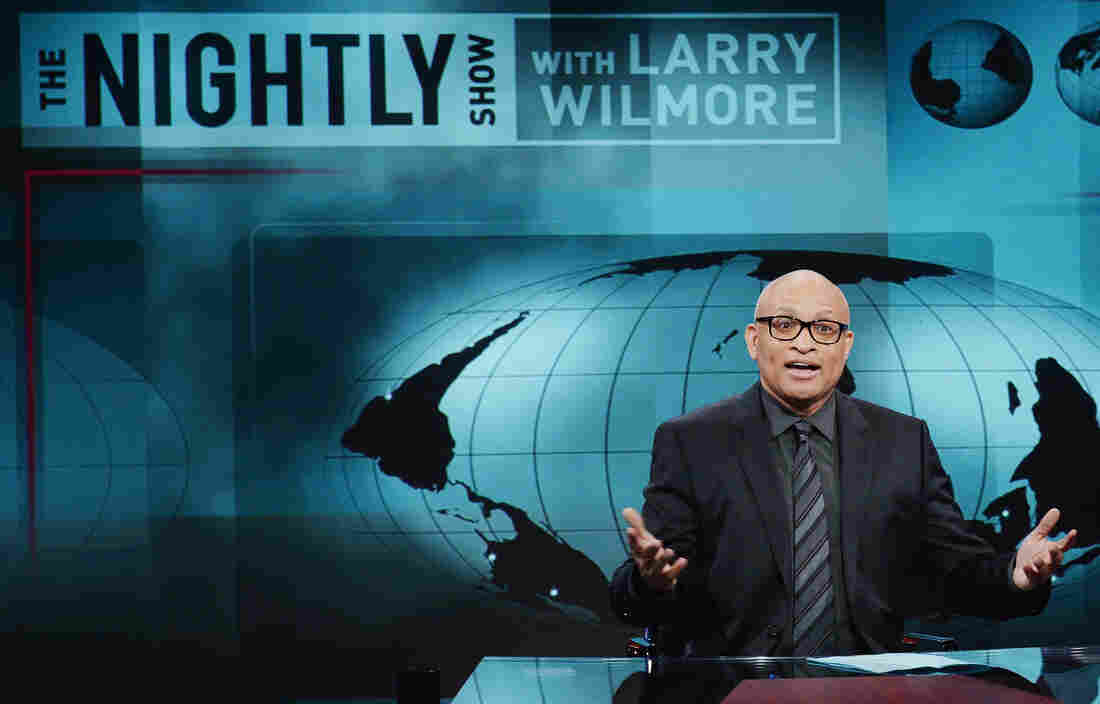 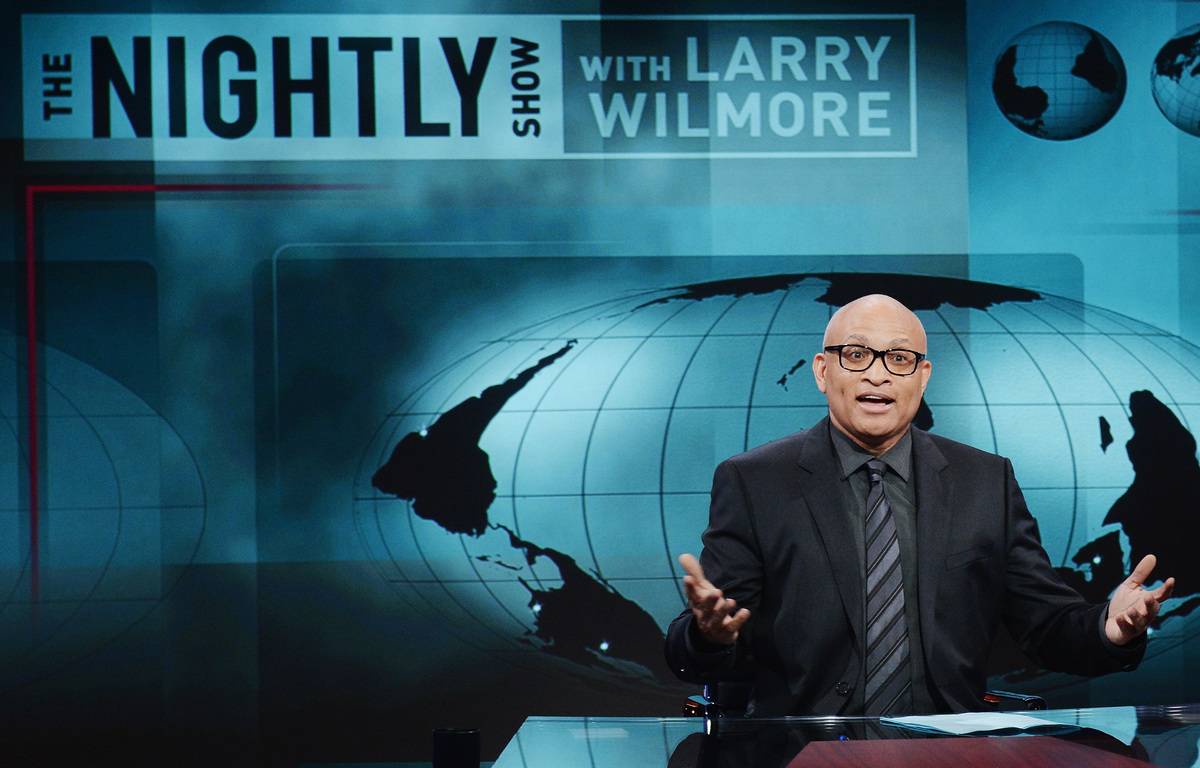 Her energy is contagious. She laughs loudest at every joke and articulates Wilmore's perspective. It's her job to make sure the writers follow his style.

Thede should know; she's written for them all over the course of her wide-ranging career.

But she first began adapting to different viewpoints in childhood. Thede grew up in a trailer park in Davenport, Iowa, the daughter of a black woman from Chicago's West Side and a white man descended from German immigrants in Iowa.

"It's such a weird microcosm to explain," Thede says. "We lived next to a methhead and a stripper and, like, an 800-pound shut-in. And those were my people."

She eventually studied broadcast journalism at Northwestern University and comedy at Second City. That blend of reporting skill and humor is the perfect background for lead writing at a topical comedy program like The Nightly Show, which sent Wilmore to Baltimore for the riots — a move Thede cites as a high point for the show.

"It's only so far back into this corner that you can push me, before I have to push back," one gang member told Wilmore during a sit-down in a restaurant, describing the pent-up frustration of area residents over police mistreatment.

On one level, it's odd to think of a comedy show "covering" an ongoing news event like street protests and rioting. But it also seems inevitable in a media world where comedy and journalism are growing closer than ever.

Meanwhile, in The Nightly Show studio, the Zimmerman joke from Thede's morning meeting drew big laughs during an episode taping. The show set off a confetti cannon, while the audience cheered wildly. Several writers from the meeting even pitched in to play members of the marching band.

"People want to understand," she says. "They want to know, 'Well, why don't I get this?' Or 'Why can't I say the n-word?' That's a constant question," she says with a laugh. "But we're going to continue to expose those nerves because it's like we're the only people that can talk about it."

Maybe it helps a little that the writing is led by a woman who has bridged the gap between different cultures her entire life.