Accessibility links
Outdoor Afro: Busting Stereotypes That Black People Don't Hike Or Camp : Code Switch African-Americans who enjoy the outdoors are banding together to encourage more people of color to connect with nature and each other. 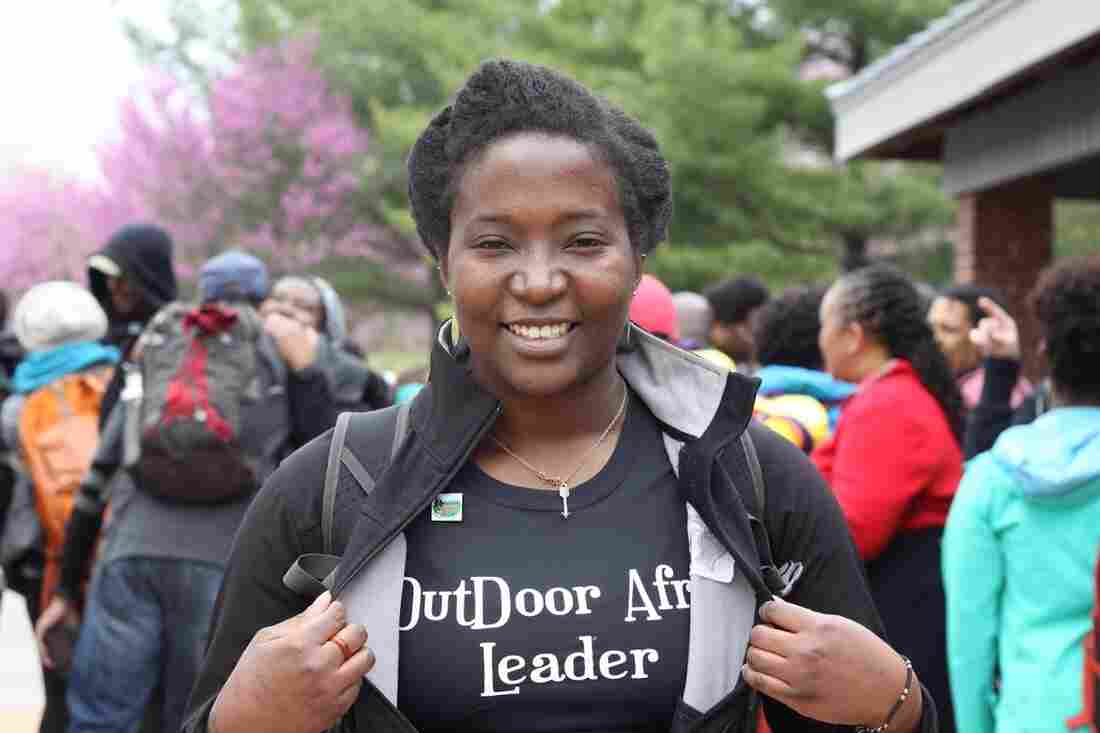 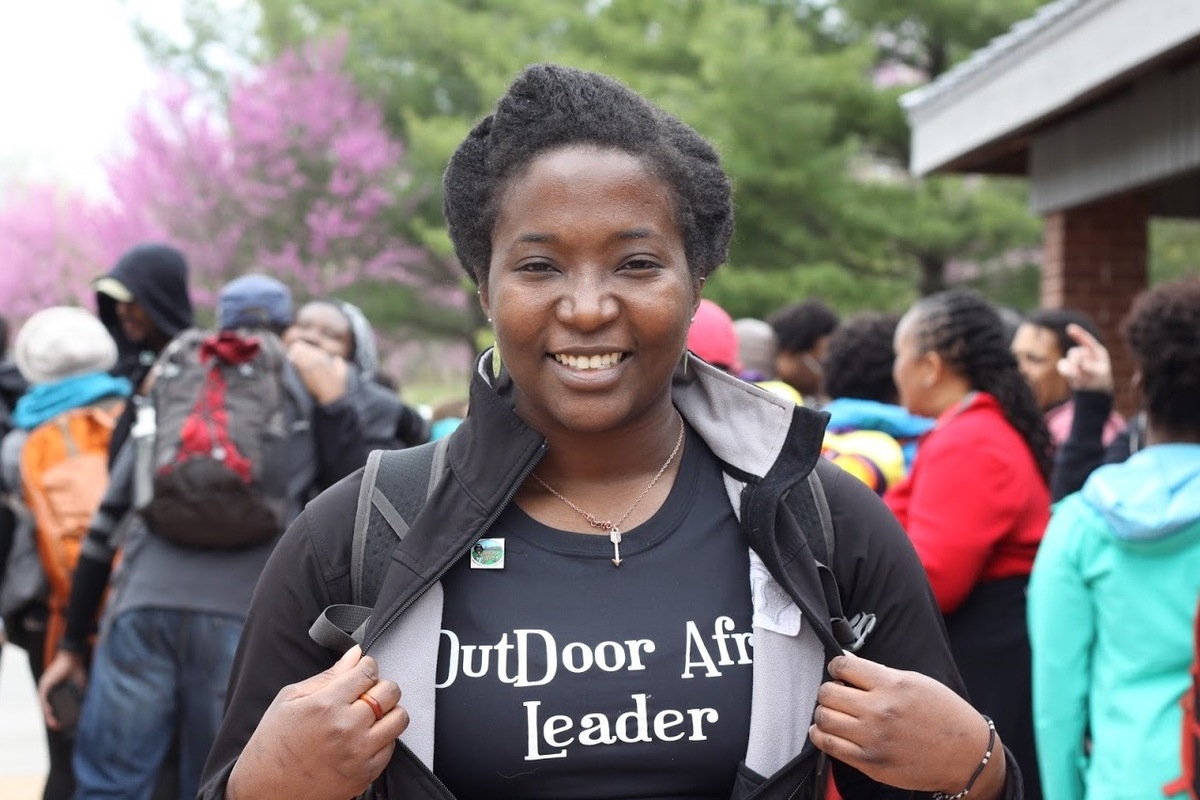 Tamara Johnson is a new Outdoor Afro leader in Atlanta.

In 2009, Rue Mapp was thinking about business school, weighing the pros and cons, and wondering if it was the right choice. The former Morgan Stanley analyst turned to her mentor for advice. But rather than give her an answer, her mentor asked a question: If you could be doing anything right now, what would it be? 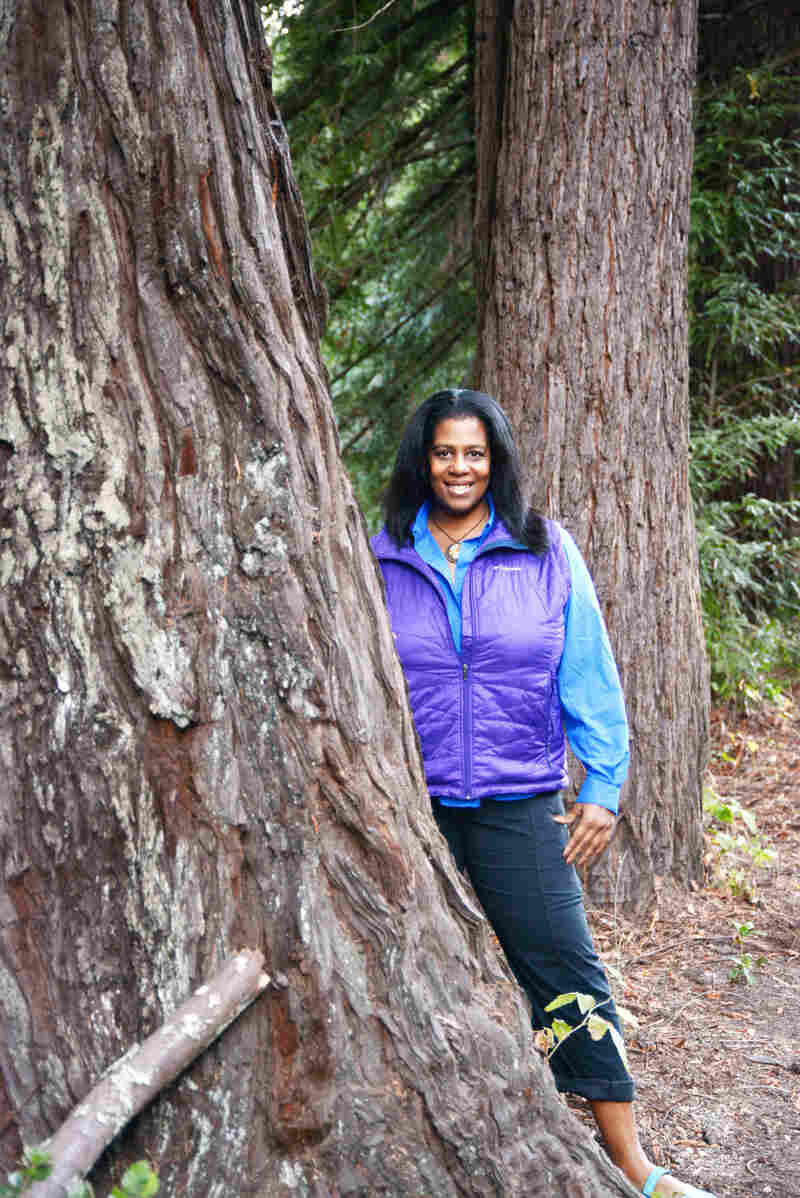 Rue Mapp started Outdoor Afro in 2009 with a blog and Facebook. The organization spans 18 cities and has 7,000 active members across the country. Rue Mapp hide caption 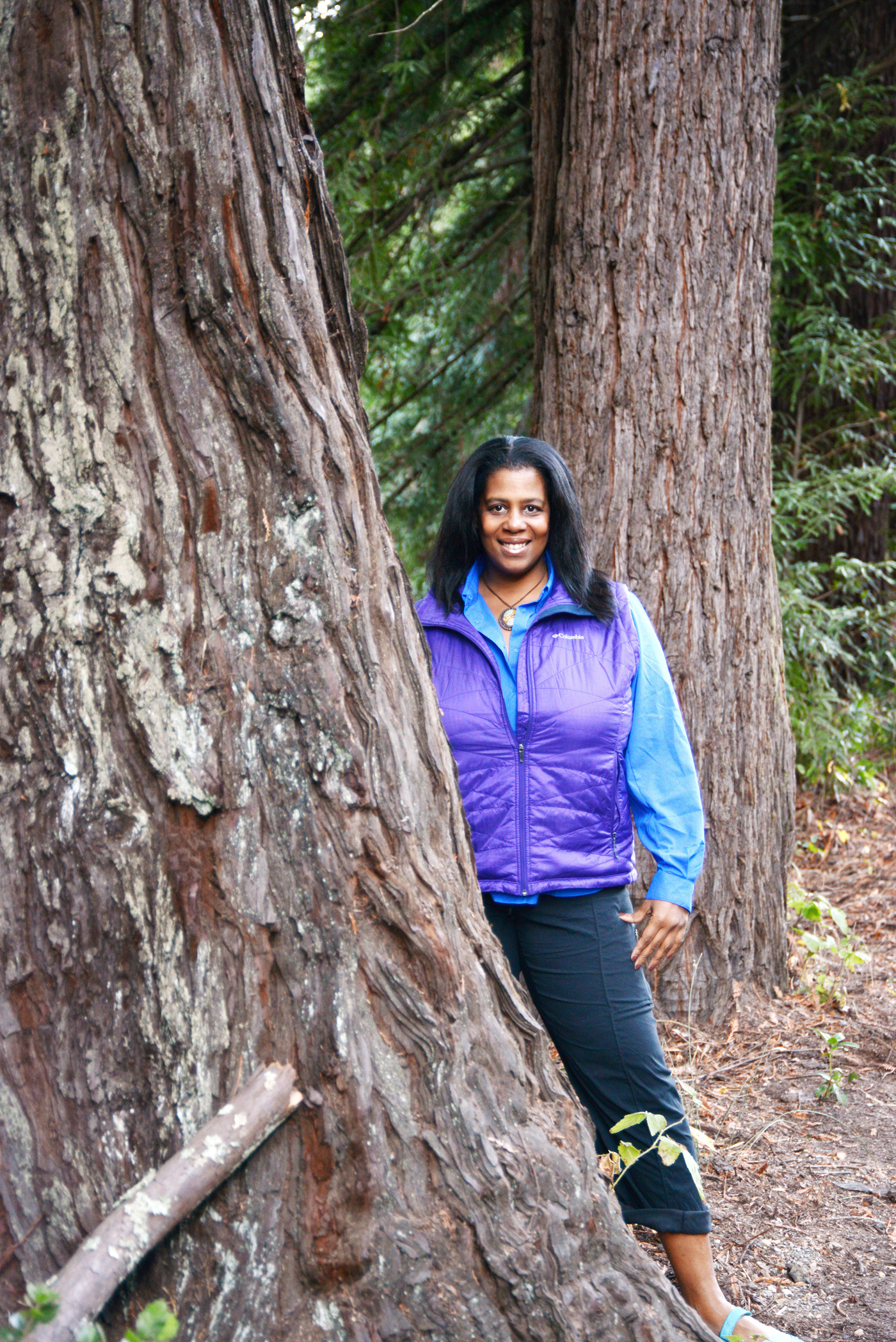 Rue Mapp started Outdoor Afro in 2009 with a blog and Facebook. The organization spans 18 cities and has 7,000 active members across the country.

Just like that, Mapp knew an MBA wasn't in her near future. Instead, she decided to combine everything she loved — from nature to community to technology — into an organization that would reconnect African-Americans to the outdoors.

A mere two weeks after her mentor asked that one simple question, Mapp launched Outdoor Afro using Facebook and a blog. She started writing about her love of nature, and her experience of being the only black person at many hiking and camping activities. That story resonated with a lot of other African-Americans, who would write her to say that they, too, were tired of being the "only one."

Mapp set out to change that. Outdoor Afro uses social media and volunteers to organize outdoor recreational activities — like camping, hiking, birding, biking and skiing — for African-Americans all over the country. Six years after its launch, there are 30 trained leaders in cities across the United States and 7,000 active members. The group's tagline says it all: "Where black people and nature meet." 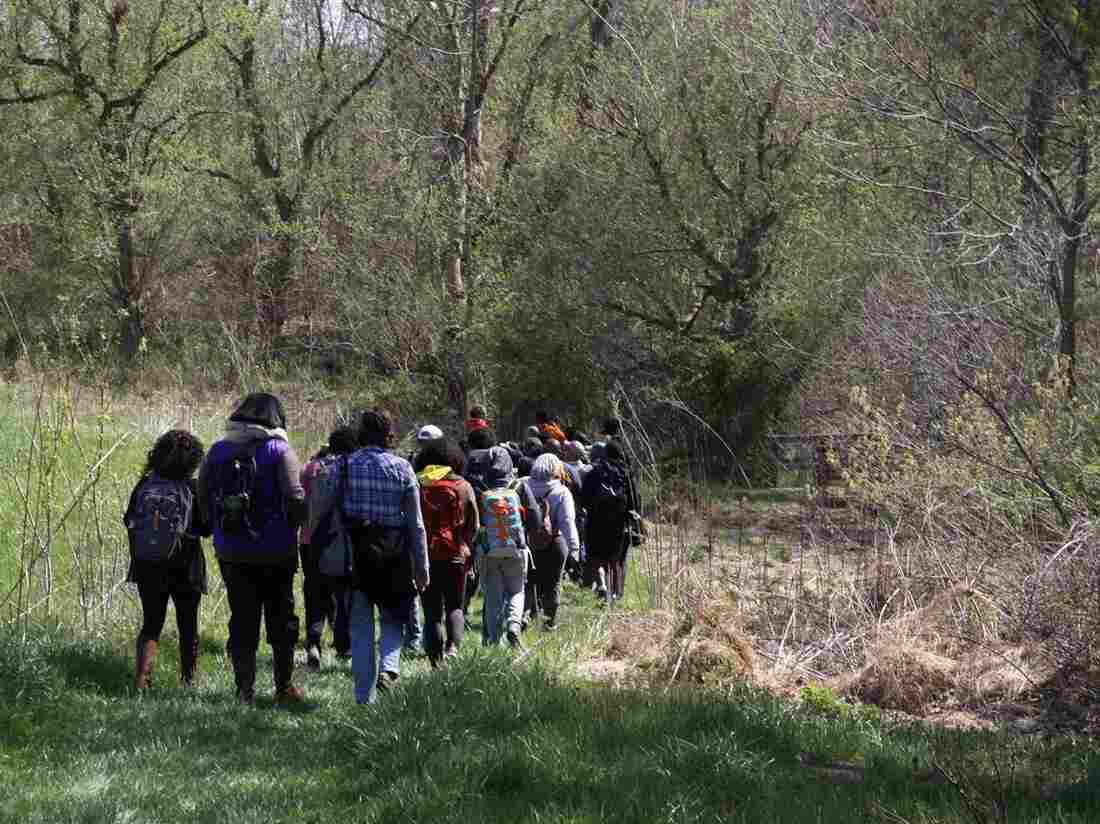 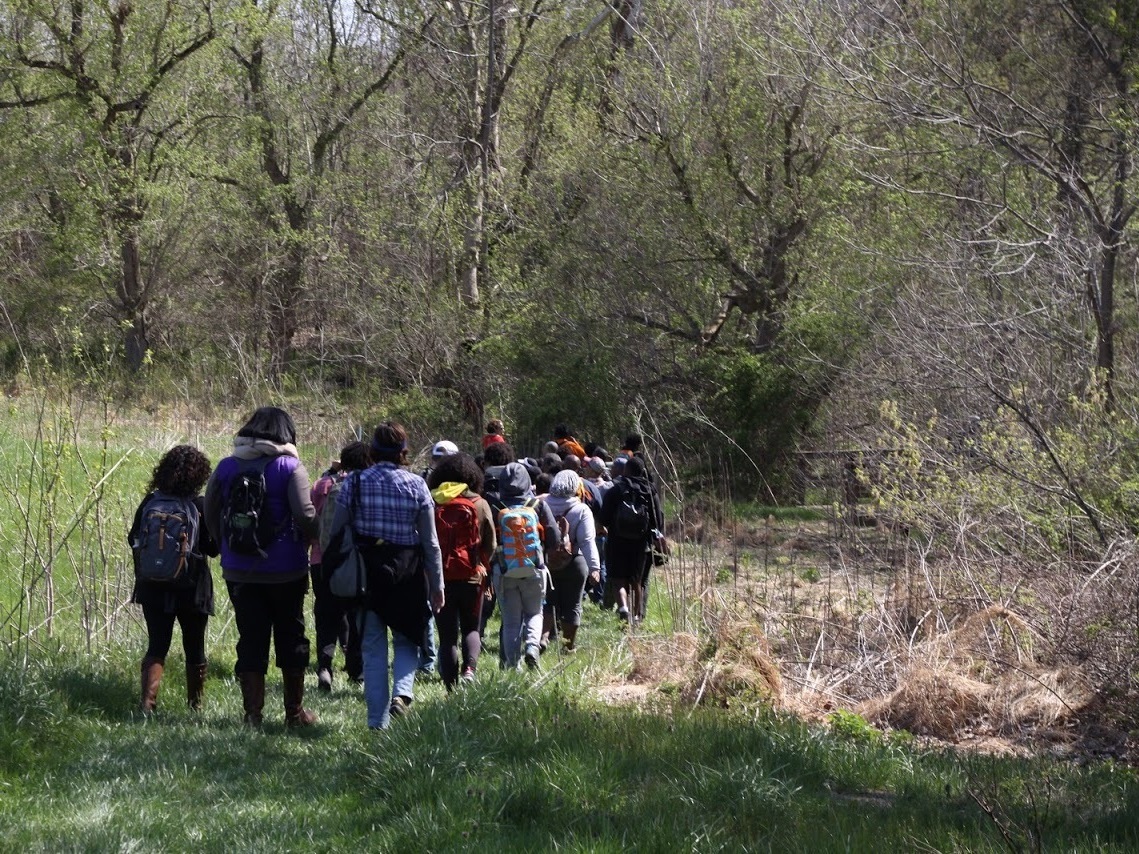 As part of the latest round of training, Outdoor Afro recently held three days of intensive workshops at the National Conservation Training Center in West Virginia, covering everything from how to dress for different outings, to pointing out flora and fauna, to getting the word out on social media. Almost all of the people there were volunteers being taught how to lead nature excursions back home in their own communities.

Some were veterans of the organization, like Zoe Polk. She's the leadership director for Outdoor Afro and a civil rights attorney in San Francisco. She started leading trips four years ago and remembers her first one as a total flop. 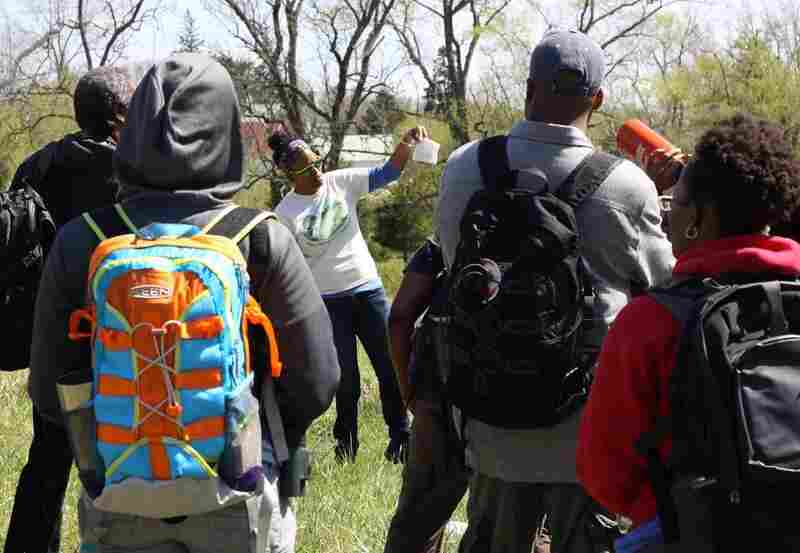 When she's not working as a civil rights attorney, Zoe Polk is training other Outdoor Afro leaders on how to guide novices and experts on excursions in nature. Shereen Marisol Meraji/NPR hide caption 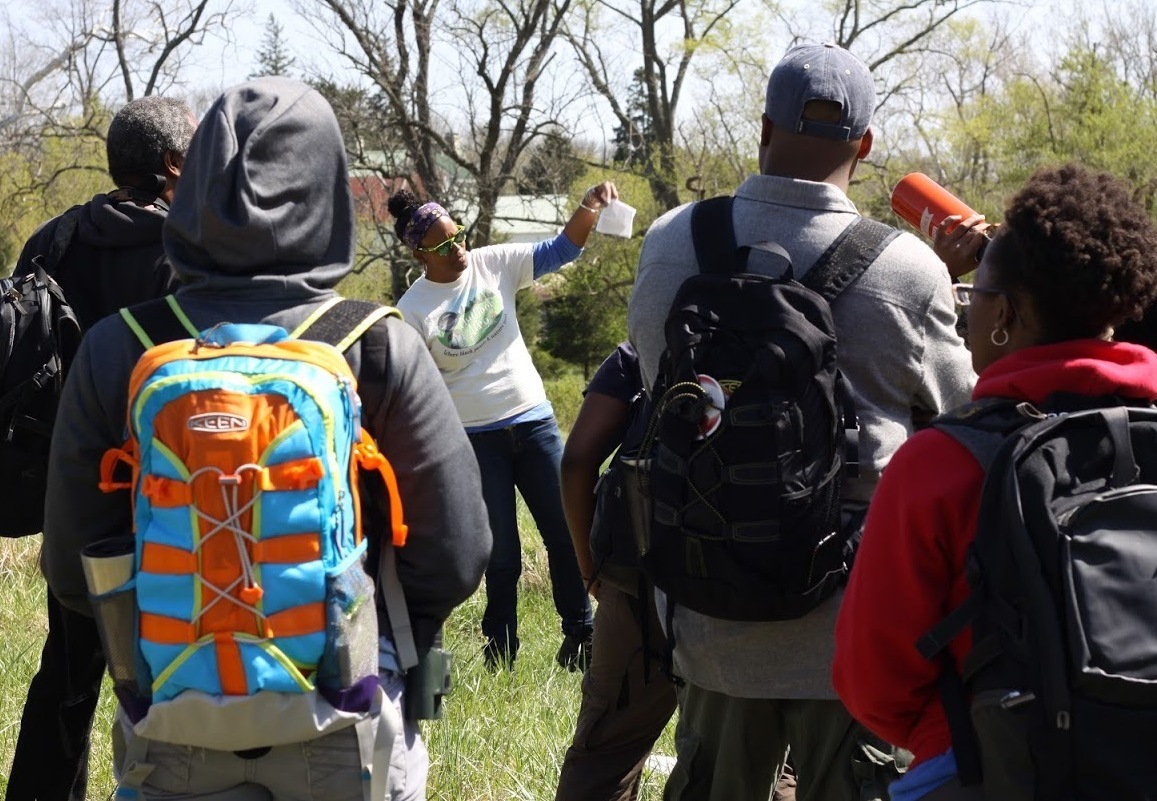 When she's not working as a civil rights attorney, Zoe Polk is training other Outdoor Afro leaders on how to guide novices and experts on excursions in nature.

"I chose a snowshoeing trip to Lassen [Volcanic] National Park, about four hours from San Francisco," Polk said. "There was a lot of interest, but no one came but me. It was a real learning experience about people getting to know me and getting to know what people want to know before they go out." Keeping that in mind, Polk worked on developing a relationship with the Outdoor Afro community in the Bay Area, and her second excursion — an ecology hike in the Oakland Hills, followed by a barbecue — was a success.

Other volunteers at the West Virginia event were brand new, like Tamara Johnson. She's a wildlife biologist and will be an Outdoor Afro leader in the Atlanta area. Johnson heard about the training through a Facebook post and decided to apply. For her, it has been an emotional experience, an opportunity to be around other passionate outdoor enthusiasts and a chance to help more African-Americans feel at home in spaces that have largely been seen as for whites.

"I'm trying to think of how to say this without being hokey," Johnson said. She points to how decades of activism and organization led to the historic gains of the civil rights movement, but few people appreciated the potential of those efforts in the midst of the struggle. Johnson hopes to have the same revolutionary impact, but on a different stage. "It wasn't the civil rights movement until we looked at it in the past. Ten, 15 years from now, we can say it all started here." 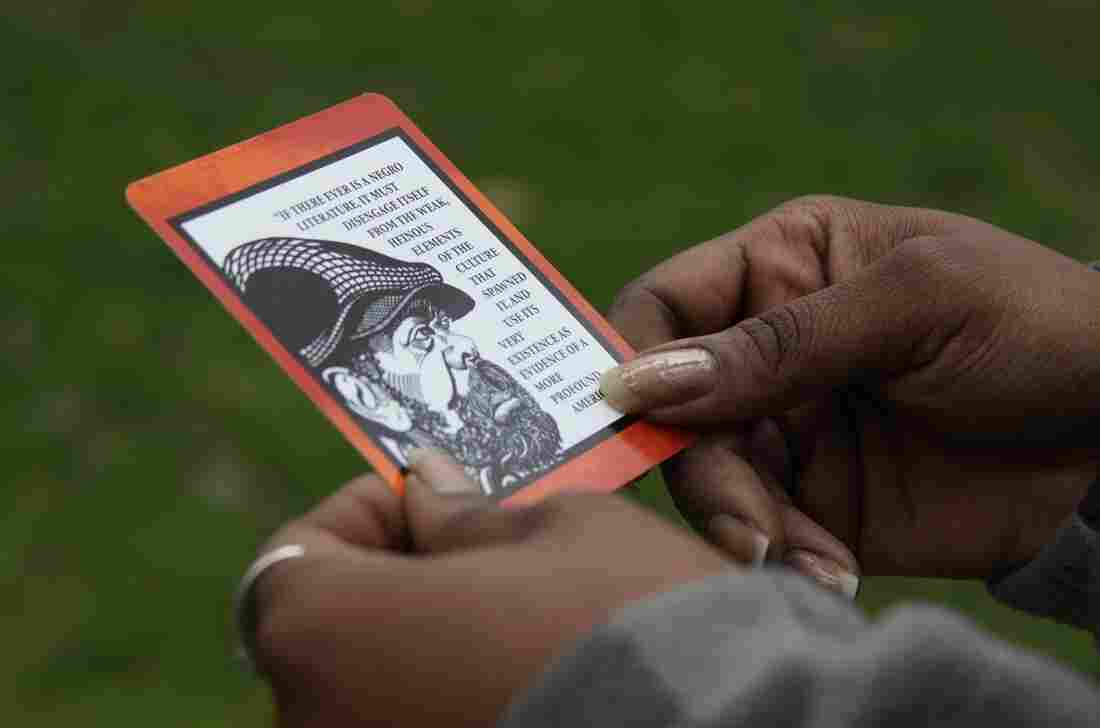 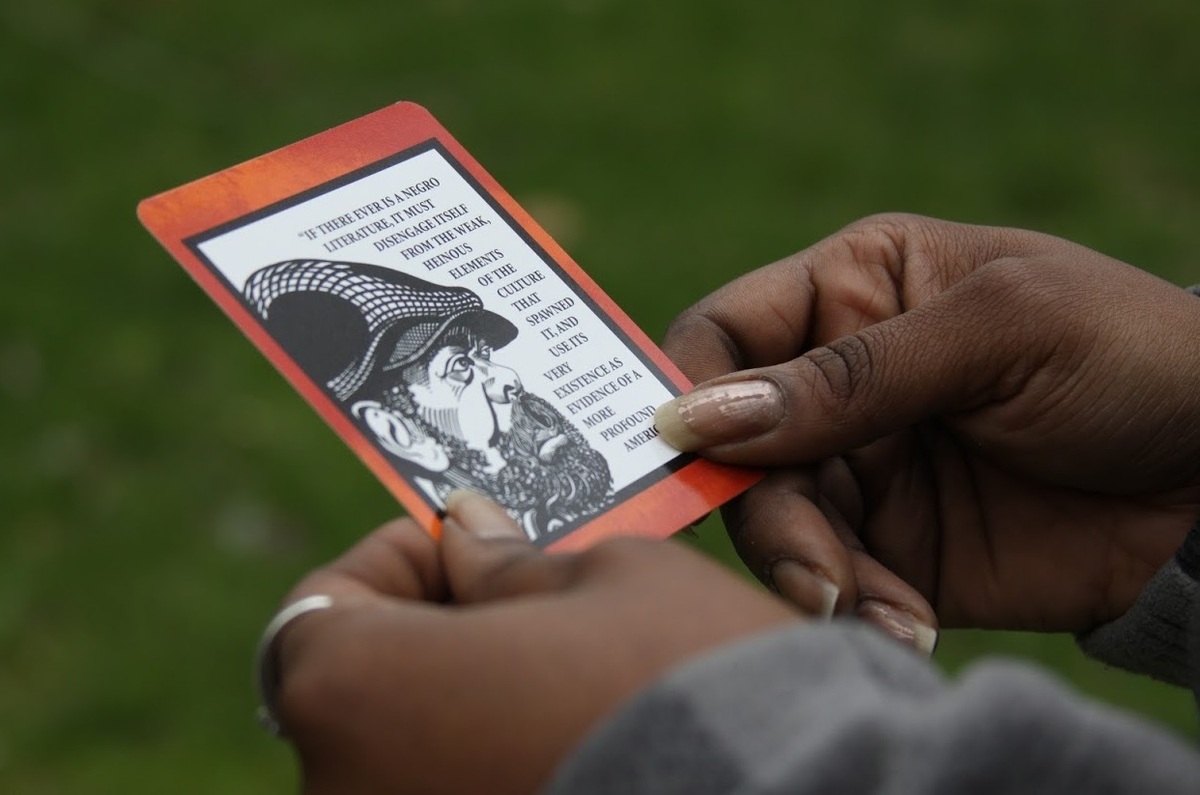 For many African-Americans, especially those of an older generation, being outside brings up concerns about safety. Autumn Saxton-Ross leads Outdoor Afro events around Washington, D.C. Growing up, her grandmother used to take her to Watermelon Hill in Kansas City's Swope Park. Until desegregation, it was the only place in the park that black people were allowed to visit. With that history in mind, Saxton-Ross' grandmother wouldn't take her to other parts of the park, even in the 1980s, long after segregation had ended, for fear that something bad might happen.

That uneasiness contributed to the view of outdoor recreation as "white," a feeling that was often passed down to younger generations. But the "black people don't do nature" stereotype is just not accurate, says Saxton-Ross. Even if they don't realize it, African-Americans have had a connection to the outdoors for most of their lives, be it fishing holes or a backyard barbecue pit. For many Outdoor Afro volunteers, their favorite outdoor place growing up was their grandparents' backyard. "It's important for us to remember that nature is really anything outdoors," says Saxton-Ross. "It's not just these big spaces like Yosemite."

Outdoor Afro leaders are encouraged to reinforce that connection by sharing stories of black history in nature on every excursion. Mapp refers to protesters who marched in Selma as "hikers." Harriet Tubman, abolitionist and hero of the Underground Railroad, is remembered as a naturalist who understood waterways, astronomy, herbal medicine and geography. That understanding helped her move enslaved Africans from the South to freedom in the North. George Washington Carver is honored as a scientist who employed sustainable agricultural practices more than a century ago.

For Rue Mapp, getting people outside and enjoying fresh air is the first and most important step in reconnecting people of color to those bigger outdoor spaces, and in helping them realize that those places are, in fact, for everyone.

(Independent producer and editor Laura Krantz contributed to this story.)