Accessibility links
During Segregation, A Mountain Oasis Gave Black Families A Summer Escape : Code Switch Lincoln Hills was the only mountain resort west of the Mississippi where African-Americans could buy land or rent cabins. It was founded in the mid-1920s, when the Ku Klux Klan ruled Colorado. 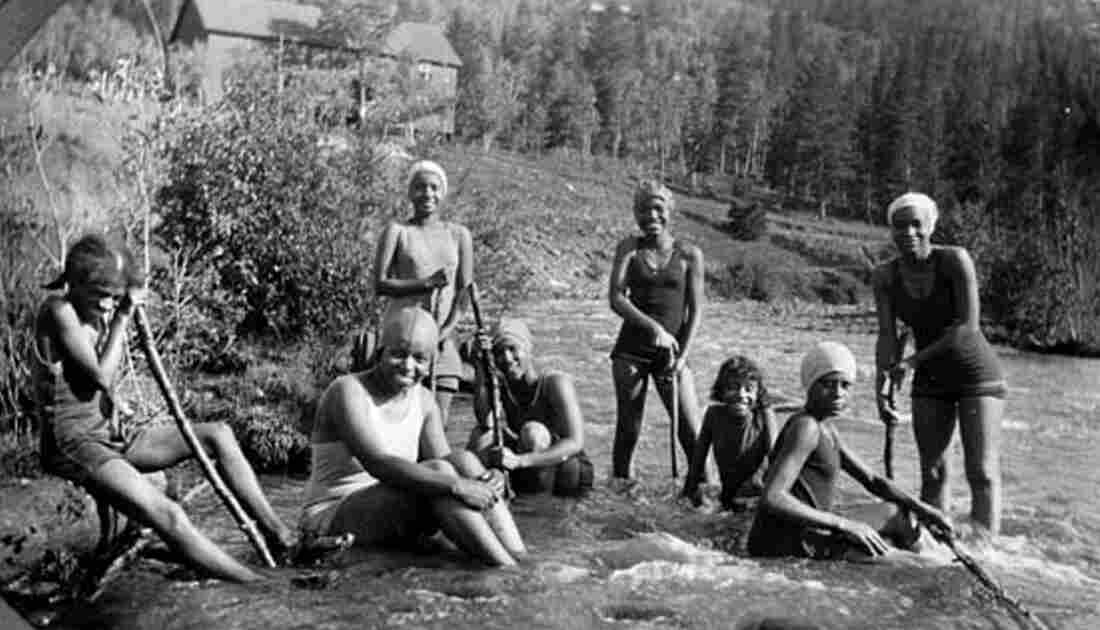 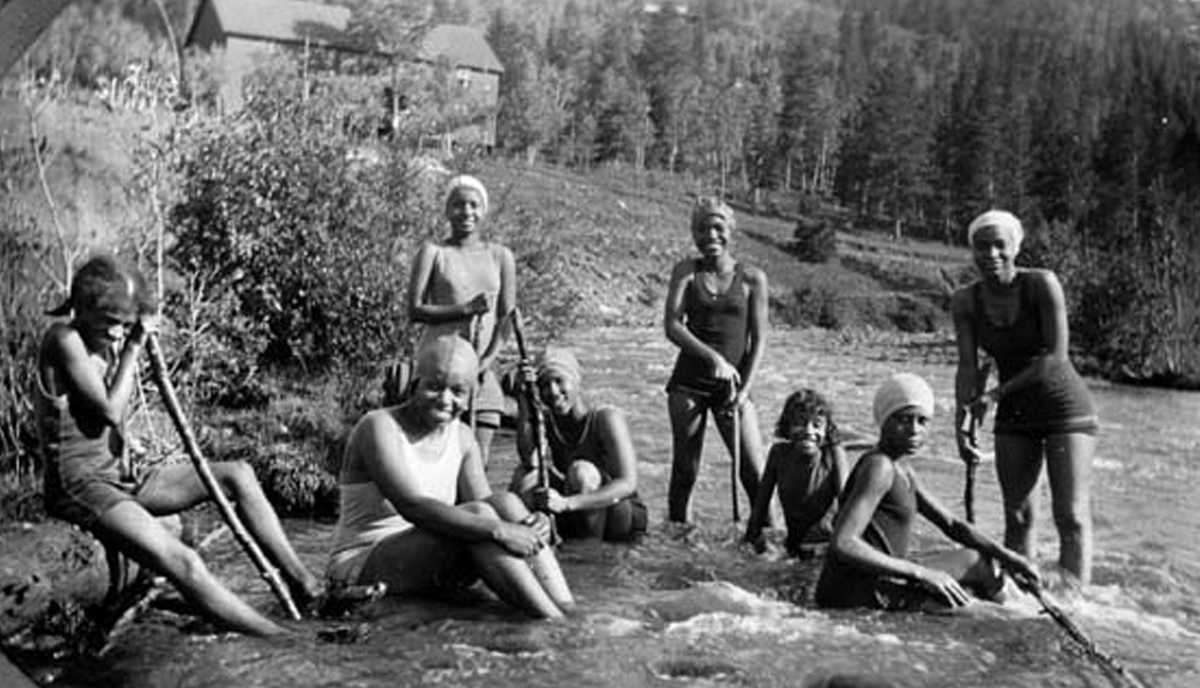 Editor's note: This story was originally published on August 9, 2015.

Fresh air, the smell of pine trees, the sounds of birds chirping and brooks babbling — all of these have helped American city-dwellers unwind for generations. But in the era of Jim Crow segregation, nature's calm also gave African-Americans a temporary respite from racism and discrimination. 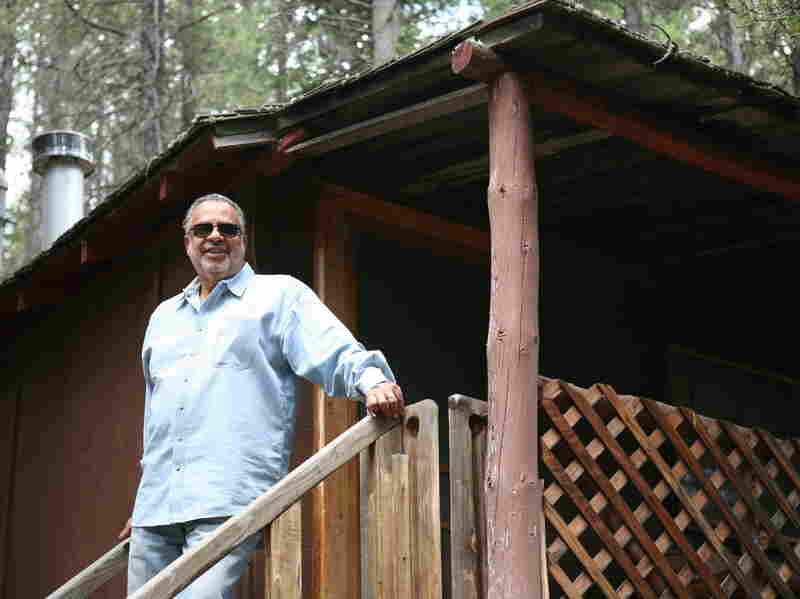 Gary Jackson on the back steps of the Lincoln Hills cottage his great-grandfather built in 1926. Laura Krantz hide caption 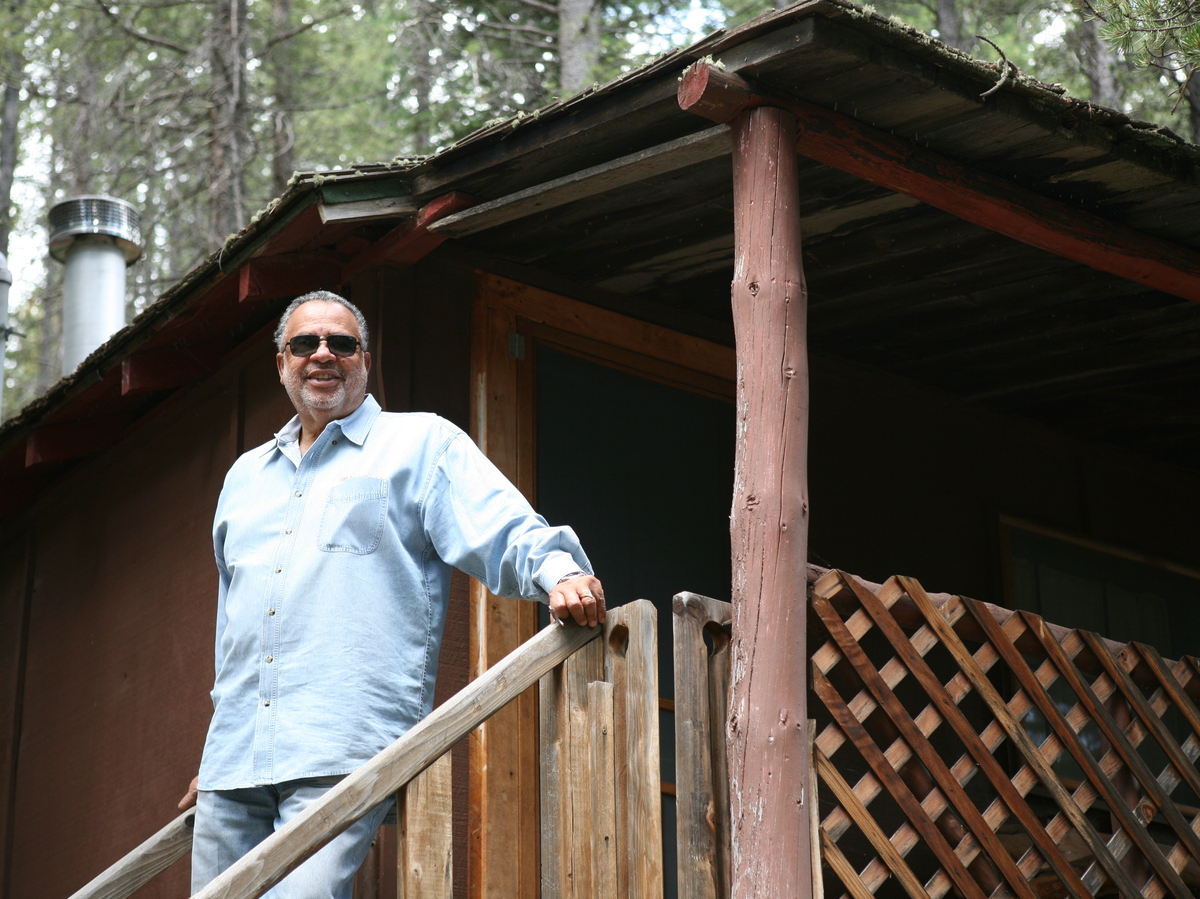 Gary Jackson on the back steps of the Lincoln Hills cottage his great-grandfather built in 1926.

Those fortunate enough to afford a resort stay could visit relatively well-known getaways like Martha's Vineyard's Oak Bluffs, or Idlewild in Lake County, Mich. But tucked into a narrow canyon at the eastern edge of the Rocky Mountains about 40 miles from Denver was the lesser-known mountain resort called Lincoln Hills. The only black resort of that era west of the Mississippi, Lincoln Hills provided a safe haven for middle-class African-Americans to play and relax under the pines.

They needed it. In the 1920s, the Ku Klux Klan ran Colorado. Klan-affiliated politicians controlled the state House of Representatives. The governor was a Klansman; so was the mayor of Denver. It wasn't uncommon for the terrorist group to march through the streets in white robes and those sinister pointy-hat masks, sticking crosses in the lawns of black families, setting them ablaze.

This was the environment that Gary Jackson's great-grandparents and grandparents endured. The 69-year-old Denver County judge talks about the discrimination his relatives faced, despite their educational attainment and middle-class status. So when an opportunity arose for Jackson's great-grandfather to buy property in the mountains, away from it all, he didn't hesitate. 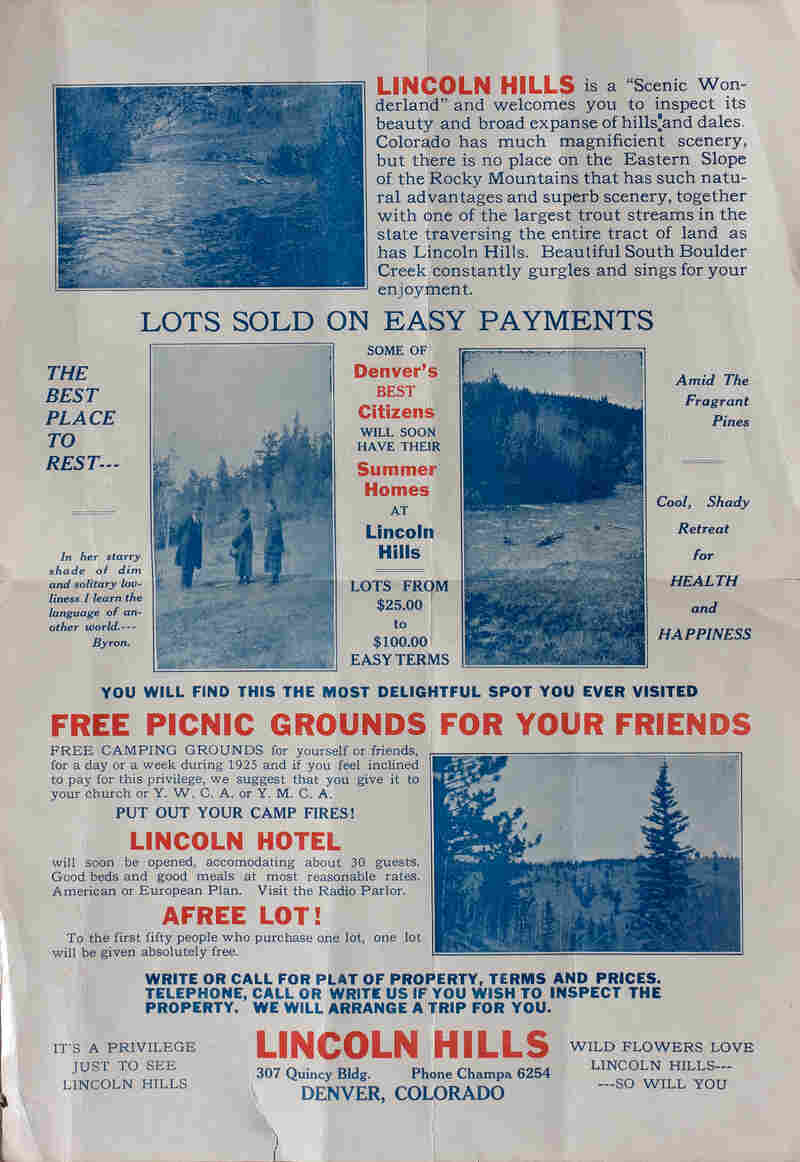 In 1922, two black developers purchased 100 acres of land that had been blighted by decades of gold and silver mining (part of the reason it was available to African-Americans in the first place). It was divided into lots and sold on credit. Five dollars a month for 20 months could get you one of the nicer plots. Jackson's great-grandfather purchased several and built cottages. Some were sold off but, almost 90 years later, two are still in his family.

The cabin Jackson owns is right near the entrance to Lincoln Hills, above railroad tracks where trains piled high with coal pass frequently. The California Zephyr cuts through here, too, carrying passengers from San Francisco to Chicago, with a stop in Denver. It's from that train that Jackson's cabin got its moniker — Zephyr View — coined by his Uncle Johnny in the early '50s.

The nickname stuck. You'll find it emblazoned on a red wooden sign above the cabin's sliding glass door. Another sign hangs over the bathroom, part tongue-in-cheek, part reminder of a not so distant past. COLORED RESTROOM, it reads.

When Jackson was a child, Lincoln Hills was his summer playground. As an adult, he came to understand its significance. "For us kids, it was just a fun, safe place to go. But for my grandparents and great-grandparents, it was a shelter from harsh times — a place to get away from harsh realities of Denver in the '20s and '30s: segregation, discrimination, not being treated equally."

Generations of Jackson's family — great-grandparents, grandparents, uncles, cousins, children and grandchildren — have spent summers here, mostly outside, lounging on the giant front deck, barbecuing on the recently finished back porch, hiking the hills and cooling off in South Boulder Creek. 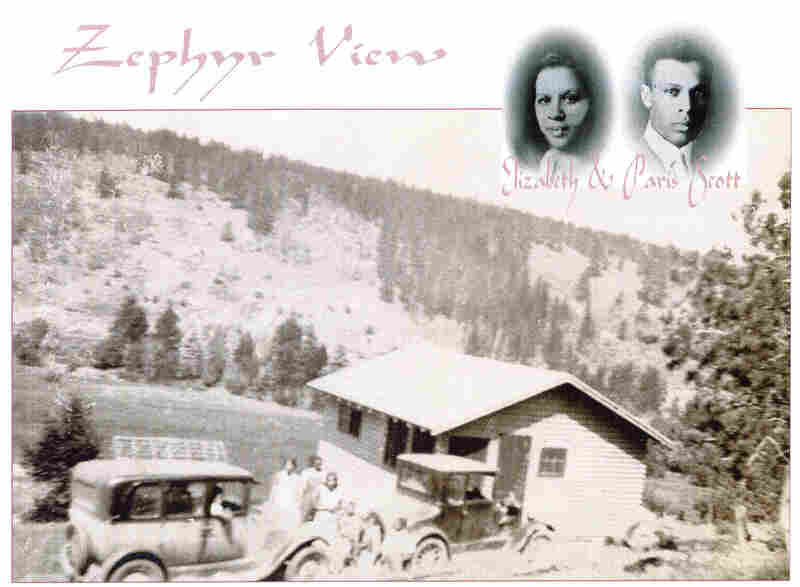 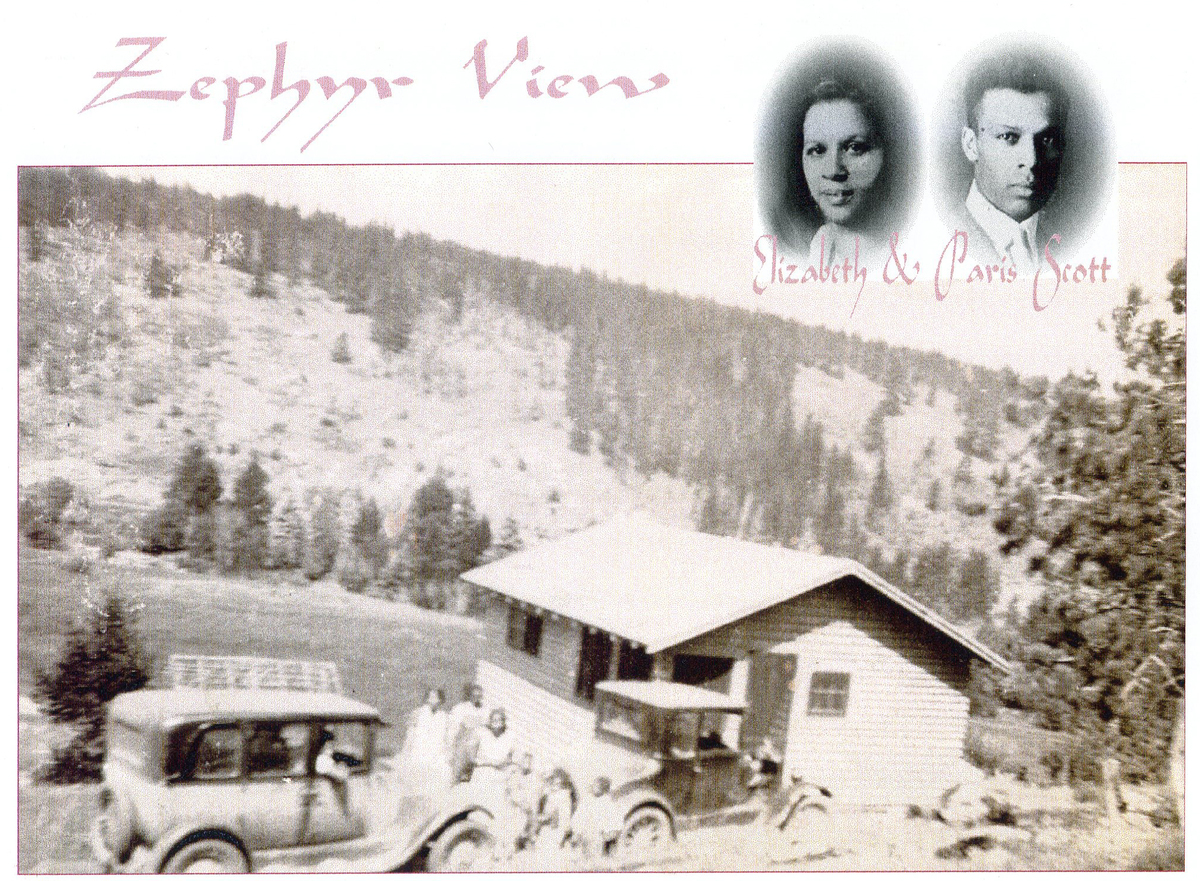 The Zephyr View was built by Gary Jackson's great-grandfather, William Pitts. This photo was taken circa 1950.

There were other fun things to do in Lincoln Hills, too. In 1928, a man named Obrey Wendell "Wink" Hamlet built a six-bedroom lodge, as well as 20 rental cabins and a tavern/ice cream parlor/dance hall. African-American luminaries like Zora Neale Hurston, Langston Hughes and Lena Horne made the trek to spend a restorative week in the woods. At its height, Jackson says, there were as many as 5,000 visitors coming up to Wink's Lodge over the course of a summer. It closed in 1965, but the building is still there, and it's on the National Register of Historic Places.

Jackson points out that the success of Wink's Lodge points to another benefit of Lincoln Hills. Not only was it a place of respite — it was also an economic resource. Here, African-Americans like Jackson's great-grandfather could buy property that would increase in value. They could build and sell cabins as a commercial venture. And, with all the tourists and visitors it attracted, Wink's Lodge was an economic driver for the area. The American dream, Jackson calls it.

Only a handful of black families still own cabins in Lincoln Hills. After desegregation, it was no longer a destination for the African-American middle class to summer. But a decade ago, black entrepreneur and Colorado native Matthew Burkett saw the Lincoln Hills property advertised on a flier in a grocery store. Burkett and his partners were looking for land to create a fly-fishing resort. When he called to find out more, he learned that the only other people expressing interest were sand and gravel company owners. 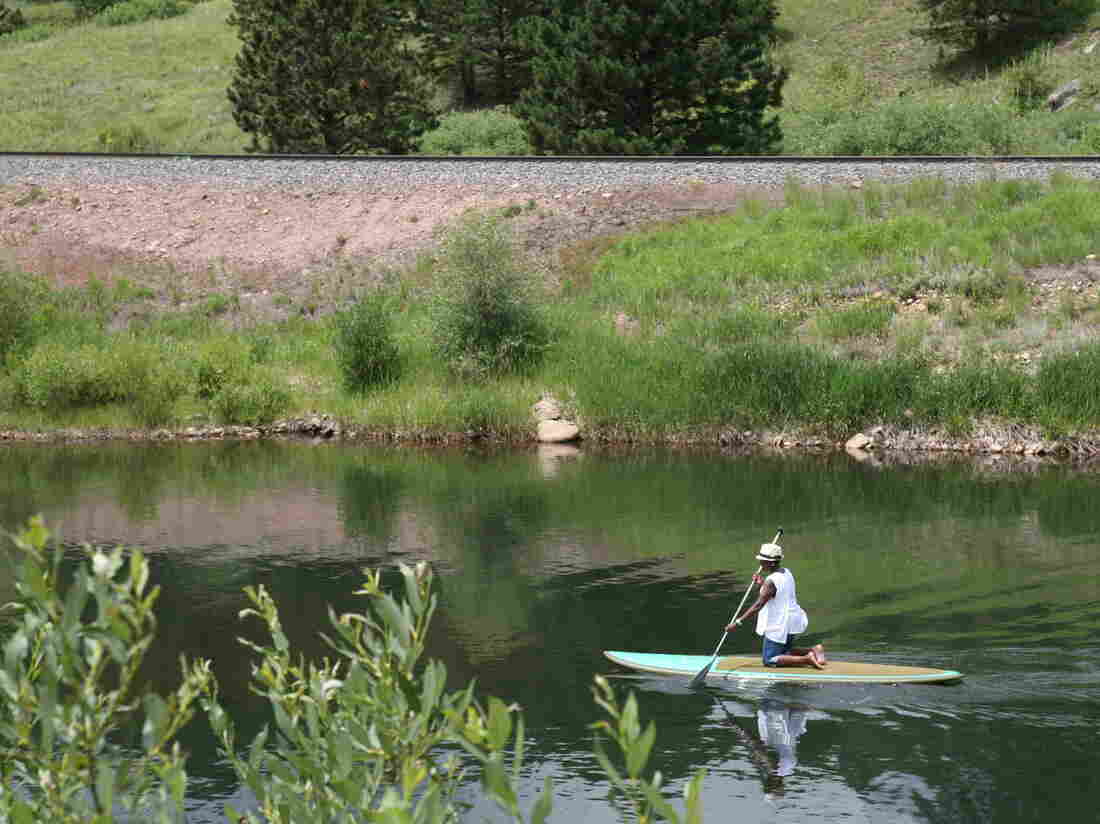 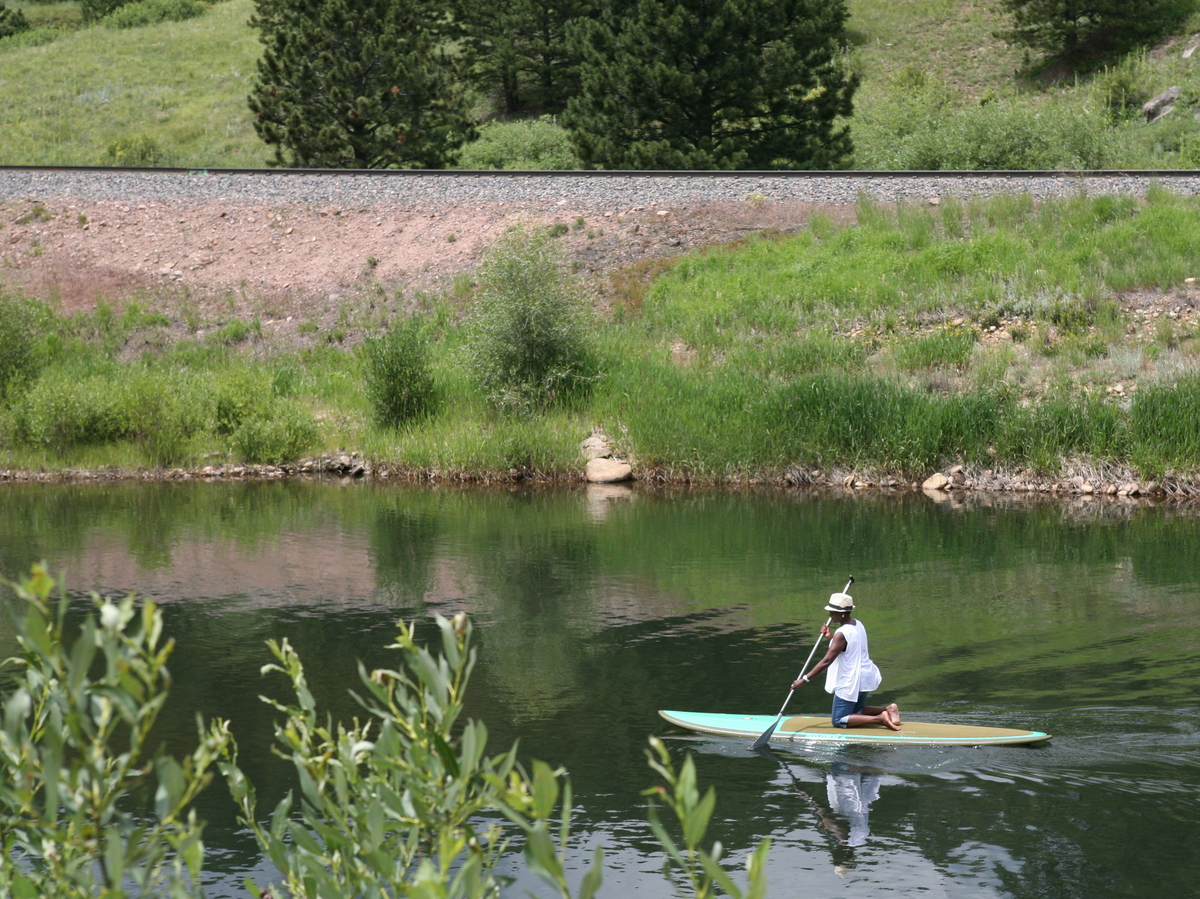 In 2007, Burkett purchased the property and went to work restoring land that had been neglected for years and used on and off by big industry. It's now in operation as the Lincoln Hills Fly Fishing Club, but Burkett has also partnered with the Boys & Girls Clubs and the YMCA to bring kids, especially low-income kids of color, up to the woods. He says it's his way of keeping Lincoln Hills' legacy alive.

All summer, Code Switch is reporting stories on R&R: Race and Outdoor Recreation. We've hung out with Korean and Korean-American hardcore hikers and Chicano cyclists from East LA.