Accessibility links
Dark-Skinned Or Black? How Afro-Brazilians Are Forging A Collective Identity : Code Switch In Brazil, people have tended to describe themselves by skin color rather than race. But that's all changing, as the country's black pride movement gains traction.

Listen · 5:38 5:38
Dark-Skinned Or Black? How Afro-Brazilians Are Forging A Collective Identity 5:38 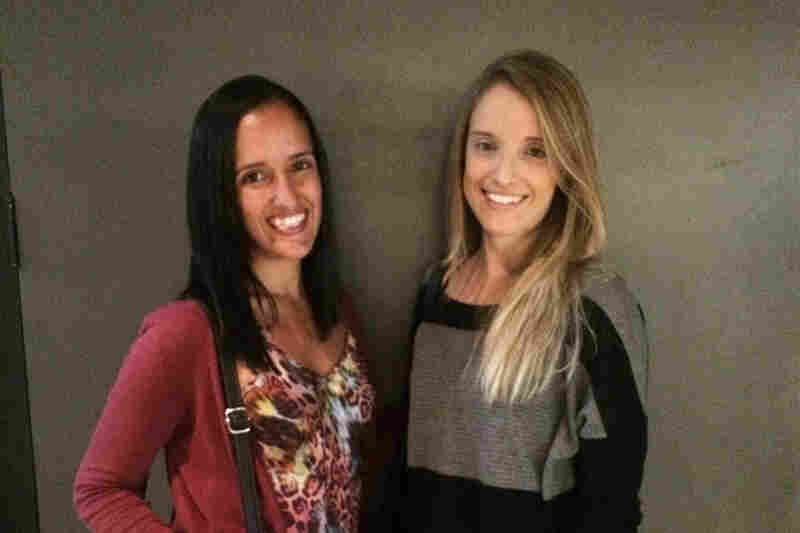 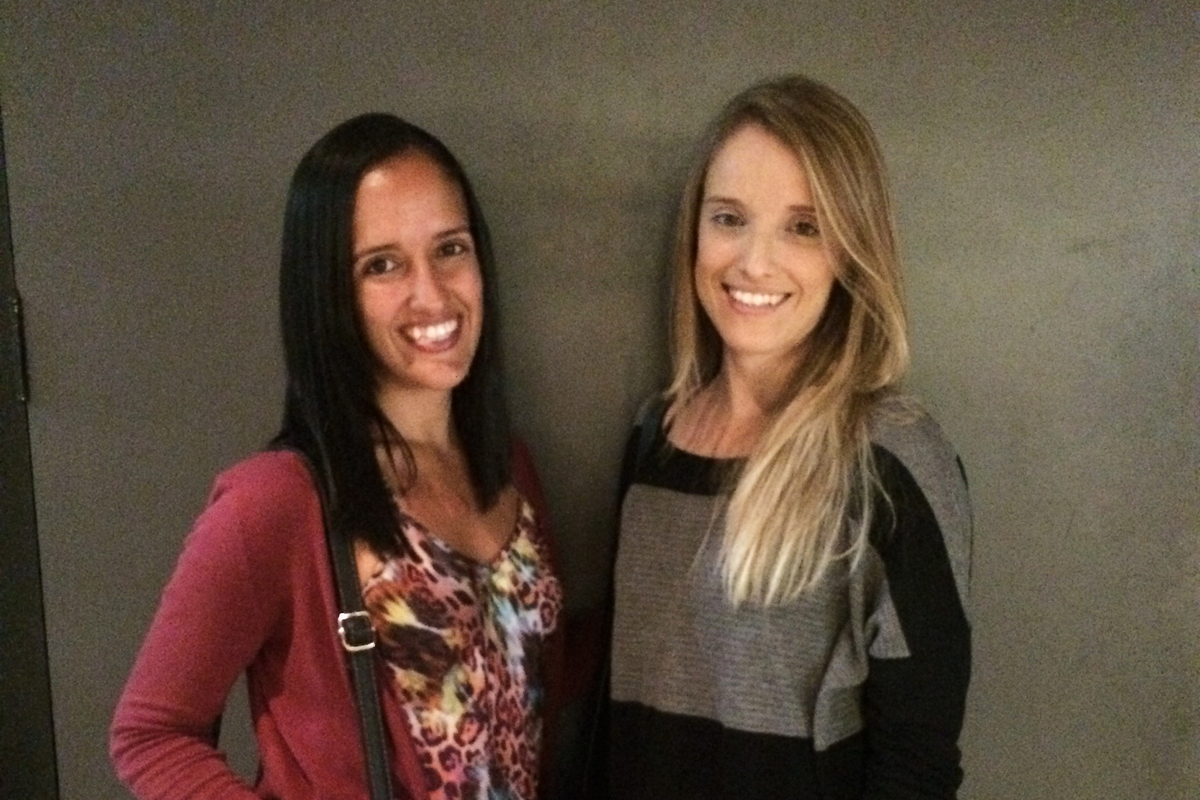 If you want to get a sense of how complex racial identity is in Brazil, you should meet sisters Francine and Fernanda Gravina. Both have the same mother and father. Francine, 28, is blond with green eyes and white skin. She wouldn't look out of place in Iceland. But Fernanda, 23, has milk chocolate skin with coffee colored eyes and hair. Francine describes herself as white, whereas Fernanda says she's morena, or brown-skinned.

"We'd always get questions like, 'How can you be so dark skinned and she's so fair?'" Fernanda says. In fact, the sisters have German, Italian, African and indigenous ancestry. But in Brazil, Fernanda explains, people describe themselves by color, not race, since nearly everyone here is mixed.

All of that is to say, collecting demographic information in Brazil has been really tricky. The latest census, taken in 2010, found for the first time that Brazil has the most people of African descent outside Africa. No, this doesn't mean that Afro-Brazilian population suddenly, dramatically increased. Rather, the new figures reflect changing attitudes about race and skin color in Brazil.

The result is a vast mixed-race population, which has been added to over the years with successive migrations from Japan and Europe.

Unlike the U.S., where slavery was followed by legal segregation, Brazil never had a formal system of apartheid, says Rosana Heringer, a sociologist at the Federal University of Rio de Janeiro who studies race and the African diaspora. Still, there is a color hierarchy in Brazil, Heringer says. Consistent data shows that darker Brazilians are poorer, and they're more likely to be killed and live in slums, called favelas .

"We should see the history of Brazil as a history of racial inequality," Heringer says — and that's a fairly new idea. For a long time, Brazilians have believed in what's been called "the myth of racial democracy," she explains. Part of that myth-building was a controversial survey that the government conducted the 1970's. It asked people to describe their skin color, and the answers varied a lot. All together, respondents used at least 134 different terms.

The descriptions ran the gamut from the fanciful to the almost forensically descriptive: "sunburned white," "white with brown spots" and "white like a meringue." Some characterized their skin tone as cinnamon or burnished rose, toffee or cashew tan. Someone even used the phrase "burro (donkey) running away."

"It created a fable, every time more exaggerated, that supported the idea that you couldn't take a serious look at race in Brazil," says Jose Luis Petruccelli, a former lead researcher for 20 years at the Brazilian Institute of Geography and Statistics, which carried out the survey.

The institute also organizes the national census every decade. These days there are five formal color categories in the census: indigenous, yellow, white, pardo (or brown) and preto, or dark-skinned, Petruccelli says. The word black doesn't appear anywhere in the list.

"There is a totally different system here than in the U.S., where one drop of black blood makes you black independent of appearance," Petruccelli says. In Brazil, it's about how you'd like to classify yourself, and how others see you. The problem, he says, is that Afro-Brazilians have no sense of collective identity, which makes it difficult to address the very real problem of racism and racial inequality in the country.

But lately, that's starting to change, and the black pride movement in Brazil is growing. On a recent morning at the beach in Rio de Janeiro, a march celebrating black women in Brazil started with with dancing and singing. One of the demonstrators, Jurema Werneck, who works at Criolla, an advocacy group for black women, says the goal of the march is to show that Brazil is a black nation, largely populated black and African Brazilians. "We need to fight racism and not to hide it," Werneck says.

She's been participating in the black pride movement for over 15 years. And it seems to be working, she says, because the number of people self identifying as pardo or preto surged in the latest census.

And more importantly, lawmakers are beginning to pay more attention to issues of inequality. Brazil now has an affirmative action program for higher education. Before the program launched, only seven percent of Afro-Brazilians went to college. Now it's about 15 percent, and the numbers are growing.

Werneck says the black pride movement is also lobbying to change the next census in 2020 to include the word black. Pardo and preto, she says, are euphemisms. Afro-Brazilians should take a cue from African-Americans, she says, and broadcast to society that they're black and proud.