Accessibility links
Tracing The Shifting Meaning Of 'Alien' : Code Switch Many immigration rights activists cringe at the term "alien." But decades ago, that word was embraced as a humane alternative to terms like "undesirable" and even "wetback." 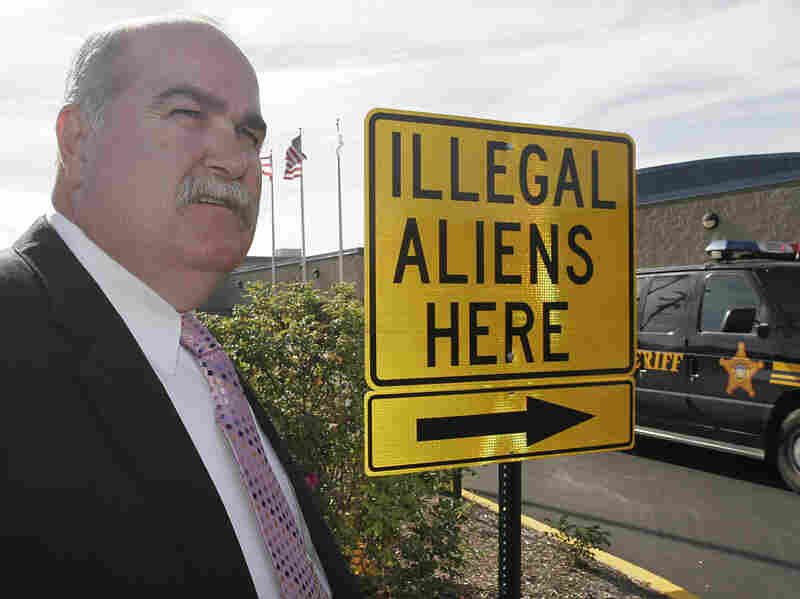 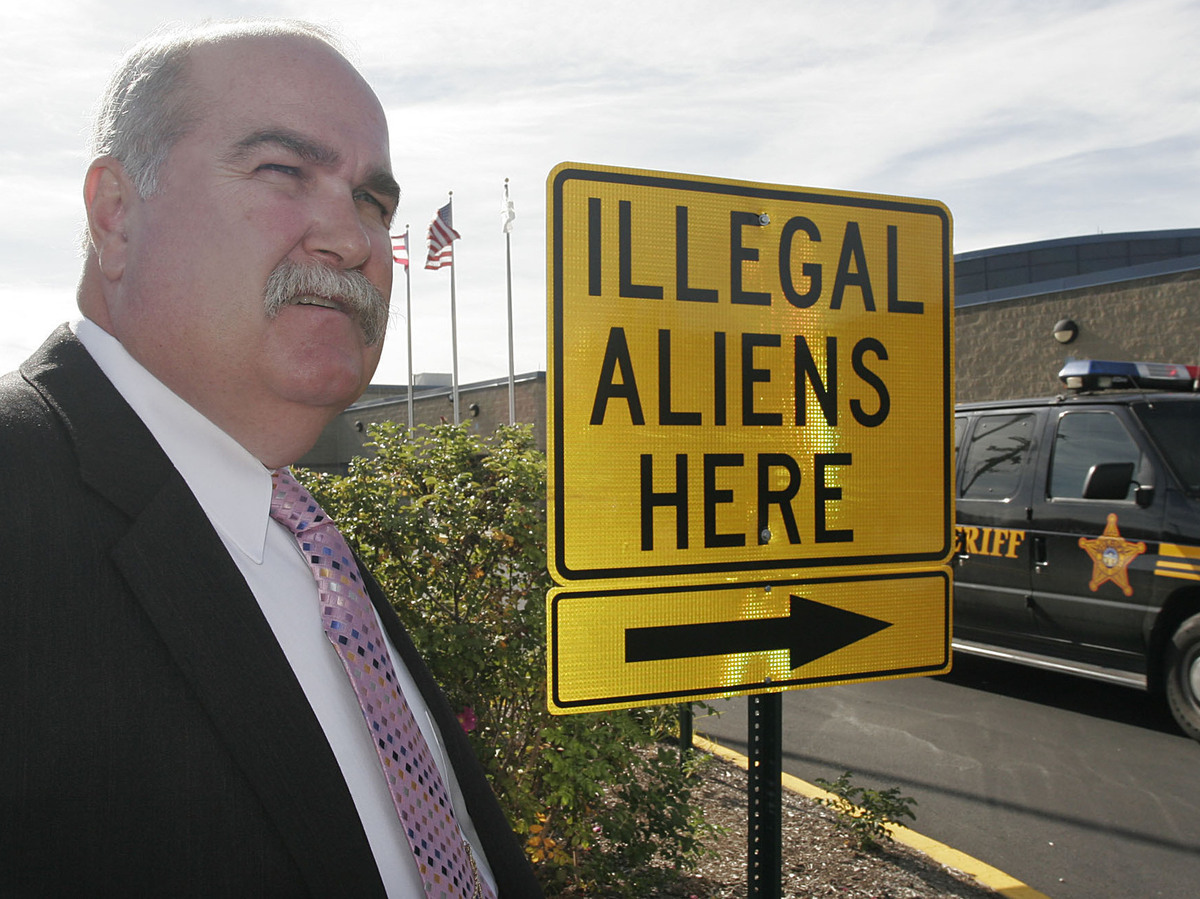 Republican presidential candidate Donald Trump repeatedly referred to "criminal aliens" and "illegal aliens" in the immigration plan he released on Sunday. "Alien," and especially "illegal alien," have become such staples in the vocabulary of conservative pundits and politicians that many immigrant rights advocates now reject those terms as derogatory and dehumanizing.

Take this excerpt from a letter that a group of Mexican-American law students wrote to the editor of the Los Angeles Times in 1970. They sent it after the paper ran an editorial with a headline that included the term "wetback."

"We are still faced with insensitive and racist terms, such as wetback, to refer to Mexican nationals who have entered the country illegally," the students wrote, "and we are now educating the public to use terms like illegal aliens or illegal entrants."

The language of immigration was shifting, as it had several times before the students wrote that letter, and as it has several times since. According to an analysis by University of California Berkeley sociologist Edwin Ackerman, within a few years of that letter, "illegal alien" had indeed become the preferred term for major newspapers. It largely replaced "wetback," which dominated during the 50s and 60s, and which itself had displaced "undesirables," a popular Depression-era term.

One of the big findings of Ackerman's scholarship on this issue is that these shifts don't just happen. The terms that dominate public immigration debates result from the deliberate choices of key political players. These choices sometimes have unintended consequences.

The shift in perception about "illegal alien" is one example. By the late 60s, Ackerman says, the number of people entering the U.S. illegally from Mexico was on the rise. At the same time, the civil rights movement was pressing to make racist terms like "wetback" unacceptable in public discourse. "That's partly why the language of illegality begins to pick up steam," Ackerman says. "Because it has this supposed neutrality to it."

The perception of "illegal alien" as neutral is reflected in the broad array of groups that adopted the term. The Immigration and Naturalization Service used it in the 70s when it sought a bigger budget for border enforcement. So did labor union officials who testified before Congress about the importance of protecting U.S.-born workers.

But groups sympathetic to immigrants also embraced "illegal alien," like those Chicano law students from UCLA who wrote to the L.A. Times. Ronald Reagan used the term when, in a 1984 debate with Walter Mondale, he declared his support for amnesty for millions of immigrants who were in the country illegally.

It allows you to speak of a certain group of people, and everybody knows what particular group of people that is, without having to recourse to any sort of racist language.

All of these groups adopted the term to purse their particular interests. But in the process, Ackerman says, they had begun to frame the immigration debate in terms of "legality" and "illegality." Some, like the Chicano students, did it unintentionally, Ackerman says. Others, like the anti-immigration groups that formed in the 70s and 80s, did it on purpose, often using the term pejoratively.

By the 90s, "illegal alien" was widely considered demeaning. And because it was most often used to refer to immigrants from Mexico, Ackerman says it had become code for bigotry. "It allows you to speak of a certain group of people, and everybody knows what particular group of people that is, without having to recourse to any sort of racist language," he says. Immigrant advocates started using terms like "illegal immigrant," and eventually, "undocumented immigrant."

That shift is still underway, and appears to be gaining steam. Most major news organizations (including NPR) now discourage or ban the use of "illegal alien" in their newsrooms. Earlier this month, California governor Jerry Brown signed a bill that deletes the word "alien" from the state's labor code.

The bill was sponsored by Democratic state senator Tony Mendoza, who said he hopes other states, and eventually the federal government, will follow his lead in making "alien" a term of the past.