Accessibility links
Tony Gleaton: Photographing The African Story Across The Americas : Code Switch Tony Gleaton left a budding career in fashion photography to travel across continents, taking pictures of landscapes and people of the Americas that had special meaning for the African diaspora.

Photographer Tony Gleaton died last Friday at the age of 67 after struggling with a particularly aggressive cancer for 18 months. He was working, signing prints, talking to museums (several have his work in their collections, including the Brooklyn Museum, the Field Museum of Natural History in Chicago, Harvard's Peabody Museum of Natural History, and the Schomburg Center for Research in Black Culture in Harlem) and checking in with his friends right up to the last day. I admired his work, but also treasured his friendship.

For many years, Tony often showed up on my Los Angeles doorstep with a huge sack of dirty laundry slung over his shoulder and a box of contact sheets under one arm.

"Here," he'd say, placing the box in my hands, and walking through the door. "Look at these. I'm gonna do some laundry, okay?"

While the laundry — several loads of it — would go through its cycles, Tony would tell my husband and me about his latest travels. In the late '80s and through the mid-'90s, he spent a lot of time deep in the Costa Chica, a remote part of Mexico that's about a three-hour drive south of Acapulco on the Pacific coast. The Costa Chica is a string of villages populated by descendants of slaves brought here by the Spanish in the 1500s through the 1700s. Tony liked to say "it's hard to find, hard to get to and hard to live in."

While he was there, he often stayed with the village priest, and slept on the floor. Villagers would hear el gigante was back — Tony was about 6 foot 4 inches tall and weighed well over 300 pounds — and would shyly come with greetings and provisions from their own scant stock. "You eat a lot of rice and beans down there, and you're glad to have them," he explained. 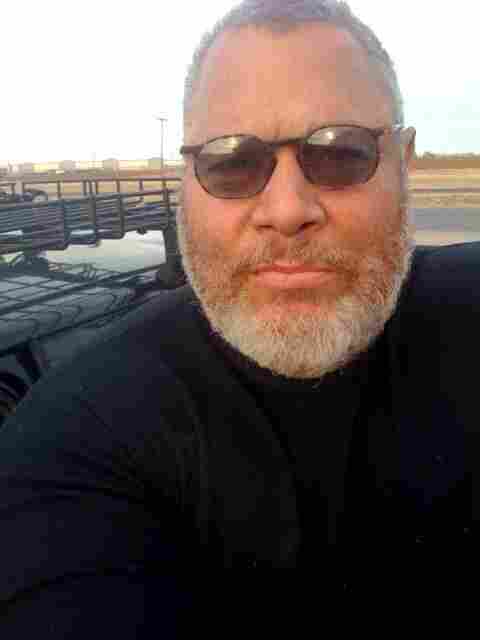 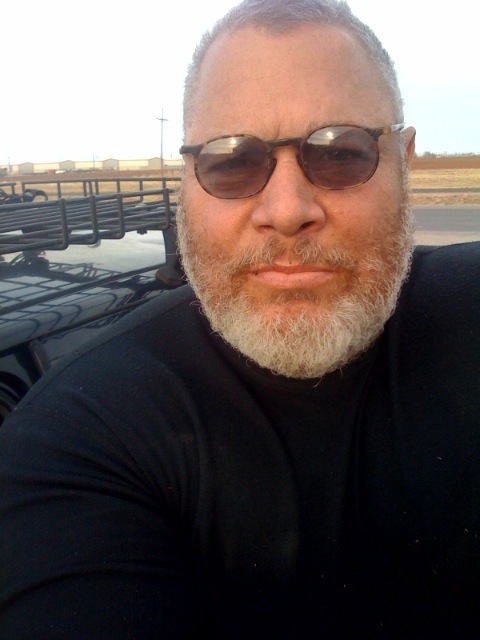 For several years he was a regular sight in the villages, amiably greeting residents with his fluent, American-inflected Spanish. They would pass him and smile as they watched their neighbors sit for portraits. A white-haired abuela sits in a wooden chair in the doorway of her adobe, her arm protectively around one grandchild as another leans against her. A mahogany-skinned boy pauses spearfishing to be captured on film. A barber and his young client stare curiously into the camera. Three sisters bunch together on the steps, laughing.

Despite the poverty of Tony's subjects, these are black and white photographs of tremendous grace and formality, much like court photographs of contemporary European royalty. And that is what Tony intended. His subjects tend to be people who are usually invisible to the rest of society, and who are outside of the mainstream aesthetic. He saw his work as a way to correct that marginalization, at least for a moment: beautiful portraits of beautiful people, taken with respect.

In the beginning, he got a lot of pushback. "Why do you want to take our picture?" the villagers would ask, warily. "We have no money to pay you."

When Tony would explain that he was documenting the African Diaspora around the world, and that they and he were both part of it, the conversation often became even harder.

"You want to take pictures of black people?" they'd ask.

"Well," they'd respond, looking at his fair skin, light hair and blue-green eyes. "You're not black. And we're certainly not black. So you need to do that somewhere else."

Eventually he learned to refine his approach and tell the villagers he wanted people in the States to see how beautiful people in the villages were. "I just gave up on the black connection. It was important to me, but not to them. They see race differently than we do. And it's only a social construct anyway."

There is still stigma to acknowledging blackness in many parts of Mexico, and Tony's work raised the profile of Latinos with what is sometimes called "the Third Root" — Spanish, Indian, African — in Latino culture. His work eventually expanded across the Americas to form an exhibit called Tengo Casi 500 Años (I Have Almost 500 Years) — Africa's Legacy in Mexico that explores the African presence in the Americas. He's also chronicled black, Indian and Mexican cowboy culture, as well as life in American Samoa and the Mississippi Delta.

A native of Detroit, Tony moved with his policeman father and schoolteacher mother and his older brother to Los Angeles when he was 11 years old. After high school, he joined the Marines, and served as a field radio operator in Vietnam for three years. Vietnam is also where he first picked up a camera.

When Tony returned to Los Angeles, he enrolled at UCLA under the GI bill, but left soon after, determined to work as a fashion photographer. He lived a hand-to-mouth existence in New York as a photographer's assistant, then as a photographer. But he eventually tired of that life and worked his way back across the country, in an oil field and on ranches, and at rodeos where the cowboys were black and Mexican and Native American. The Mexican cowboys told him about the hidden villages of the Costa Chica, and photographing the residents there became his best-known work.

I just gave up on the black connection. It was important to me, but not to them. They see race differently than we do. And it's only a social construct anyway.

But it was physically grueling and after about 15 years, Tony stopped. ("60 ain't 35, kid.") Instead, he began a series of landscapes. He took beautiful images of striking, isolated parts of the country that have historical significance to people of color in the U.S.: western trails that black pioneers had blazed, views of coasts first walked by native peoples, and wide-open fields that had once been settlements established by freed slaves.

They are luminous photographs with a haunting quality that keeps the viewer gazing at them much longer than they'd probably intended. Tony got those shots by sleeping in his car, sometimes parked by the side of the road, other times in the parking lot of a Wal-Mart or a cheap hotel. He traveled on a shoestring; money only mattered to him as fuel for his work. When his cameras weren't on a trip, they were frequently in a trusted pawn shop, collateral for a loan—so he could fund his travels.

During his sojourns, the laundromat was not on the itinerary. Hence, his visits to out house soon after he finally arrived home. "Hey," he'd say cheerfully, "I'm gonna smell a lot better when I leave here than I did when I came. By the way—do I have time to take a shower before dinner? And what are we having, anyway?"

It didn't matter. It was always good to have him at the table, teasing and talking about the latest project. Dinner will be much quieter and less interesting from now on.

Tony's wife Lisa was at his side when he died. In addition to Lisa, he's survived by his stepson, Michael Jelinsky.