Accessibility links
Roundup: Some Of The Best Thoughts On Jeb Bush's Asian 'Anchor Babies' Remark : Code Switch Jeb Bush's comments on Asian immigration this week unleashed a wave of angry pushback. We wanted to round up a wide range of these responses to help make sense of it all.

Roundup: Some Of The Best Thoughts On Jeb Bush's Asian 'Anchor Babies' Remark

Roundup: Some Of The Best Thoughts On Jeb Bush's Asian 'Anchor Babies' Remark 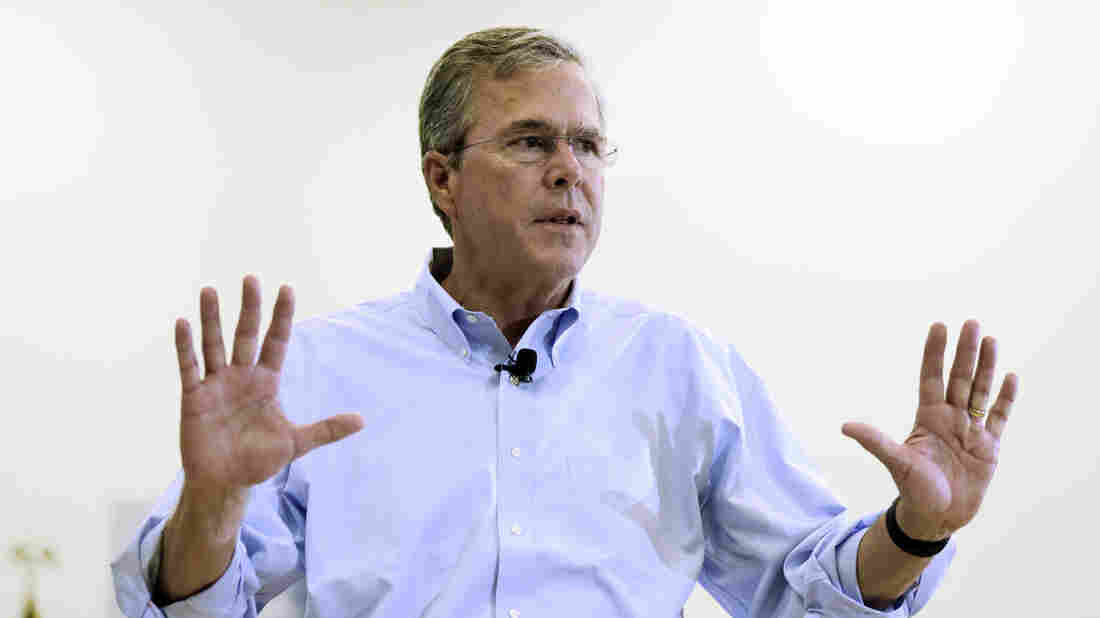 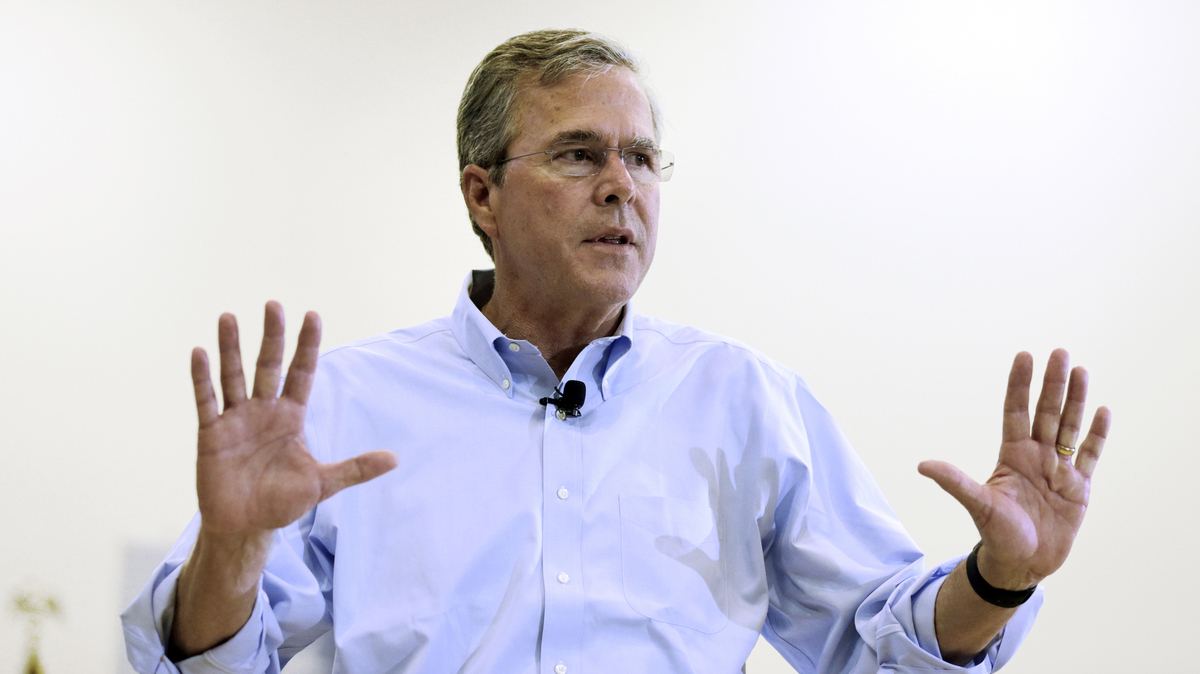 There's been a lot of heated conversation over Jeb Bush's use of the word "anchor babies" in remarks about immigration reform, and his subsequent attempt to dig himself out from under the criticism over those initial remarks.

"What I was talking about was the specific case of fraud being committed, where there's organized efforts, and frankly, it's more related to Asian people coming into our country, having children in that organized efforts, taking advantage of a noble concept with birthright citizenship," Bush said at a campaign stop in Texas.

It should surprise no one that Bush's comment about his earlier comment unleashed yet another wave of angry pushback. We wanted to round up a wide range of these responses, to help make sense of it all.

Over on the Asian American-oriented blog Reappropriate, Jenn Fang writes about the historical use of "Yellow Peril" fear-mongering to black Asian immigration to the States:

When Bush clarifies that his problem with regard to "anchor babies" is Asian mothers, he's engaging in dogwhistle politics: he is sowing the seeds of misogynistic Yellow Peril fears of an impending deluge of Asian immigrant women and their Asian babies.

This kind of sexist race-baiting has historical precedent. Since Asian American women first set foot on American soil, we have been smeared with the presumption that we are a sexual and reproductive threat to America. Nearly a decade before the passage of the 1882 Chinese Exclusion Act, Chinese women were popularly decried as "undesirable" on the presumption that we were all diseased, morally bankrupt prostitutes who preyed on White men and their families. Using this anti-Asian sexism, we were barred from entry into America by the Page Act of 1875.

Phil Yu of the blog Angry Asian Man also chimes in: "Wow. This is how you throw extra slices of xenophobia on top of your fat stack of xenophobia."

At ThinkProgress, Esther Yu-Hsi Lee writes that Bush's comments are just the latest in a long history of a stereotype that equates Asian immigration to foreign invasion:

Though Bush's comments has some narrow basis in reality, Asian immigrants in the United States have long been characterized as an invasion or a menace to the West. Propaganda posters of Chinese men raping white men were one of the central themes of Yellow Peril after they were forcibly brought into the county as slaves.

And at Vox, Dara Lind references a 2005 study arguing that this type of "foreign" characterization has led many second-generation Asian Americans to question their identity today:

A 2005 study from a pair of Stanford professors found that Asian Americans are seen as less American than their peers, and "experience 'identity denial'" — challenges of their identity such as being asked, "No, where are you really from?" — routinely in their daily lives.

"His clarification betrays a reality that many of us are already aware of: Asian Americans are close to invisible, politically, and we're seen as perpetual foreigners regardless of our relationships to our country."

Jeff Yang writes on CNN that the real reason behind the anchor baby discussion isn't immigration, but rather the fear of the United States' rapid demographic changes:

It's not about money. It's not about the strain on America's social safety nets or overcrowding in American schools or any of the other excuses that have surfaced in the toxic conversation around immigration reform. No, what's pushing candidates to talk about anchor babies and the elimination of birthright citizenship is the same old thing that drives too much of the modern Republican agenda: Fear of a nonwhite nation.

Jamelle Bouie of Slate explains that Republican opposition to immigration reform in 2012 may have cost them the Asian American vote, and something similar can happen in 2016:

In 2012, Asians were primed to follow the national trend and vote a little more Republican. But they didn't. Just 26 percent voted for Mitt Romney, the lowest GOP total in 20 years. What happened? What turned a small Democratic edge into an outright advantage?

Again, the answer is immigration, and specifically, the sense of exclusion that came from the GOP. In the 2012 primary, like this one, Republicans were torn over immigration policy, with candidates having a strong incentive to oppose comprehensive reform. Throughout the primary process, candidates fought to surpass one another with draconian solutions for dealing with unauthorized immigrants, with Romney touting "self-deportation" in his pitch to Republican voters.

Asian America may be angry and offended, but mostly, thanks to Bush and Trump, it's getting organized. As far as GOP outreach to minority voters is concerned, it may just be that the political ship has already sailed. Anchors away!