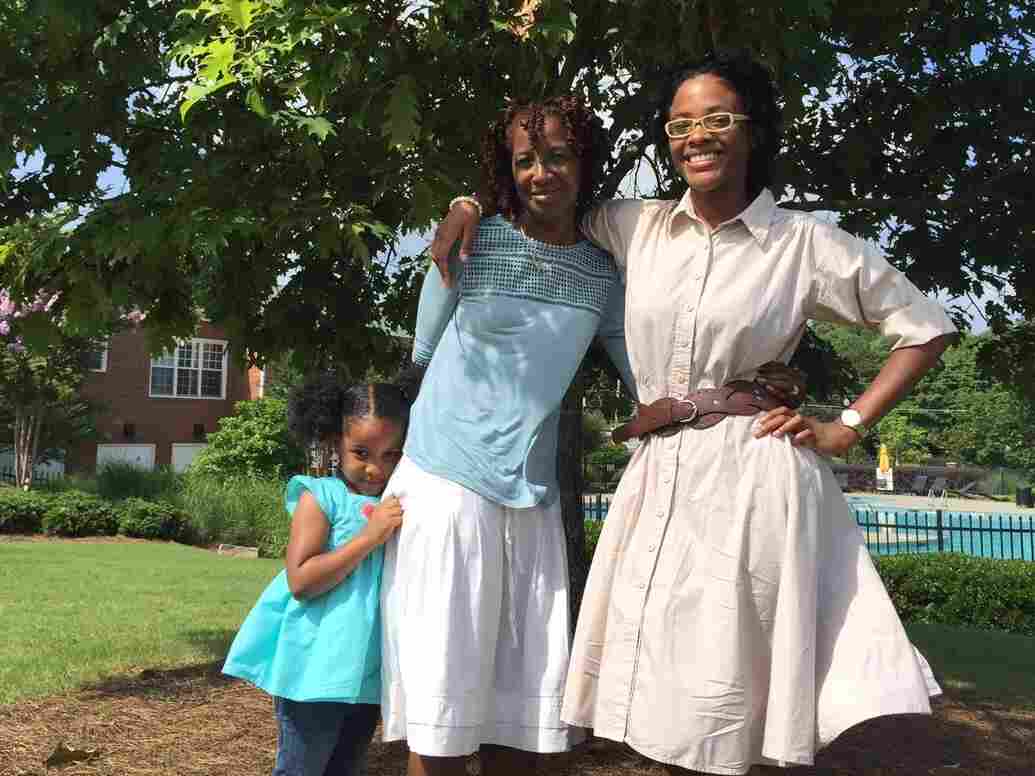 Marilyn Hack (middle) and her daughters Terez and Maliha have lived at the Villages of East Lake for 15 years. Hack was attracted by the safety and affordability. Elly Yu/WABE hide caption 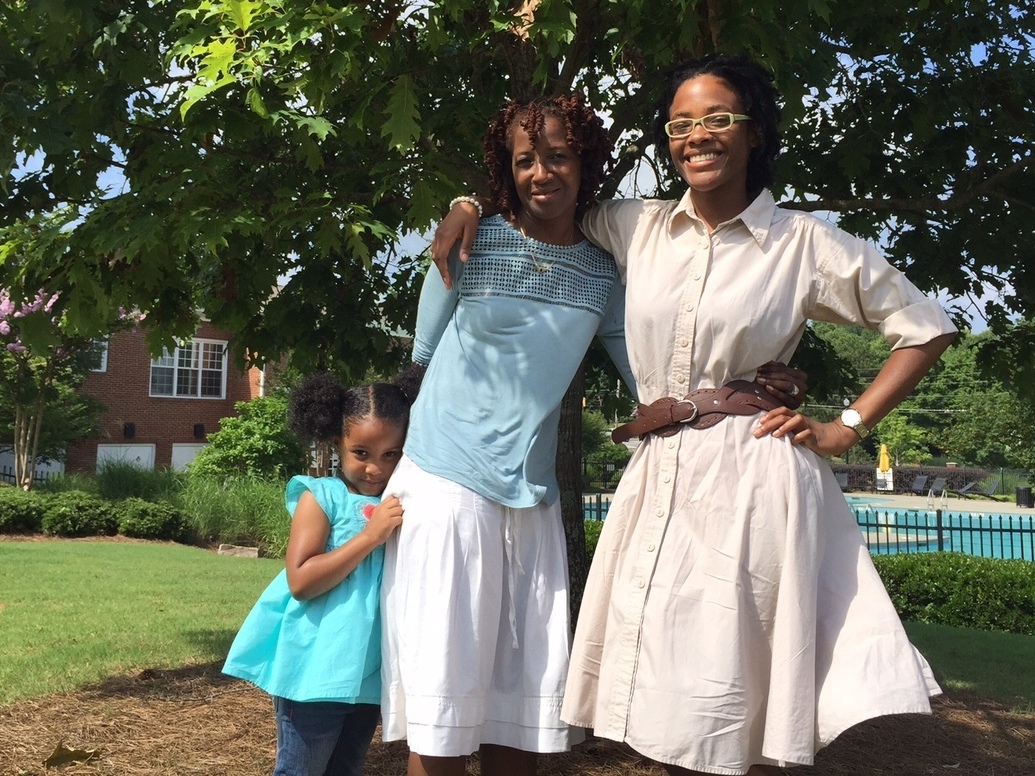 Marilyn Hack (middle) and her daughters Terez and Maliha have lived at the Villages of East Lake for 15 years. Hack was attracted by the safety and affordability.

The PGA Tour makes a stop in Atlanta this week. Top golfers like Rory McIlroy and Bubba Watson will compete for the FedEx Cup. The course that hosts the event — the East Lake Golf Club — is in the middle of a once-struggling neighborhood known for poverty, crime and a troubled public housing project. The golf club has played a central role in a sparking redevelopment, and the neighborhood has avoided some of the typical pitfalls that come with such a transformation.

Resident Akua Taylor, a musician, moved here in 2013 but says she knows the area is very different from what it was like 20 years ago. Back then, there was so much violent crime, it was known as "Little Vietnam" — a war zone. "It's been turned completely around," Taylor says. "It's still benefiting the people that were here prior to the gentrification."

One of these people is 66-year-old Carl Griffith, who was born and raised about a mile from here. "I mean, it's not perfect now, but then, it was scary," he says.

Up until 1995, the neighborhood was home to East Lake Meadows, a 650-unit public housing complex. The crime rate was 18 times higher than the national average. Real estate developer Tom Cousins saw great potential, and also a great challenge. "Had I been born there, I'd maybe be in jail somewhere also," he says of the old East Lake.

Cousins is the man behind some of Atlanta's most prominent buildings, and when the city began tearing down public housing in the '90s, he says, he wanted to try something different with East Lake. "We were going to focus our money and our time in this one, terribly deprived neighborhood and see if we could make a difference." 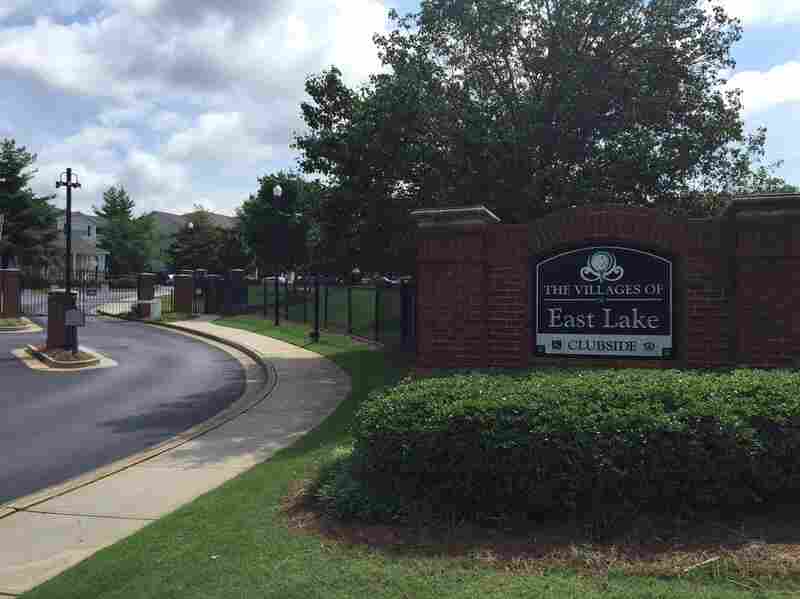 The Villages of East Lake is a mixed-income housing community about 10 minutes from downtown Atlanta. Elly Yu/WABE hide caption 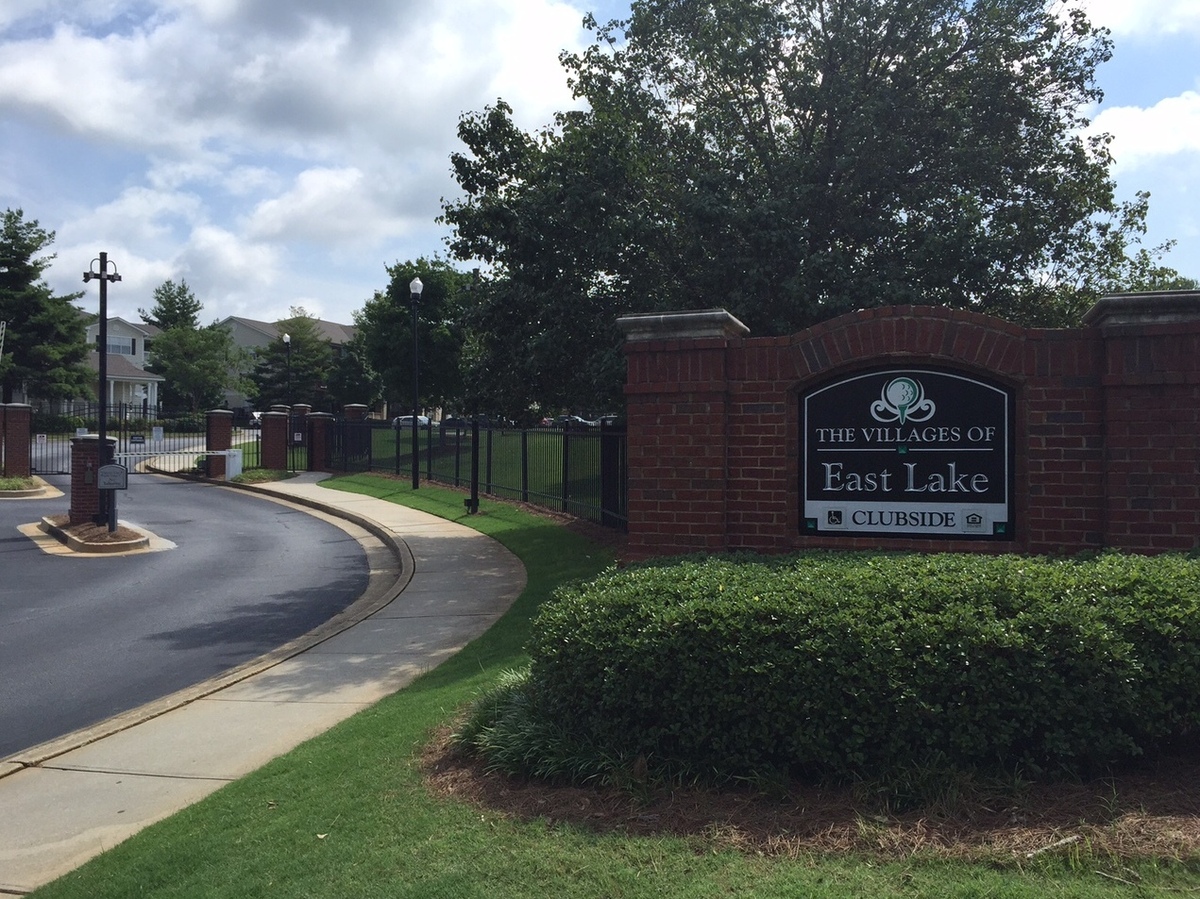 The Villages of East Lake is a mixed-income housing community about 10 minutes from downtown Atlanta.

The model was this: Create mixed-income housing, but pair it with quality schools and services like job counseling and child care to help existing residents. A nonprofit, the East Lake Foundation, would lead the way.
East Lake led Cousins and other investors like Warren Buffett to create a nonprofit consulting group called Purpose Built Communities to take the idea national.

But the model in Atlanta needed a sustainable revenue stream. A lot of that came from the East Lake Golf Club, which helps fund the foundation's programs. The course used to be a neglected landscape of dry patches, where golfers might have to dodge the occasional stray bullet. Now, it's a PGA destination. Danny Shoy Jr., who leads the East Lake Foundation, says East Lake upends the typical story line of housing prices going up and low-income people being forced out. "The people who live there have the opportunity to remain there," he says.

Corporate membership in the golf club is $125,000, and there's a suggested donation of $200,000 to the East Lake Foundation. The club does fund things like a youth mentorship program at a nine-hole public course in the community. But the cost means that not everyone can play here. East Lake resident Orlando Geiger says it doesn't feel it's a place for him. "It's just a country club," he says.

Shoy says he understands why some residents pushed back at elements of East Lake's transformation. But he argues the aim of the redevelopment was to change the character of the neighborhood. "We are very intentional and unabashed about the fact that the East Lake model is disruptive," Shoy says.

When East Lake Meadows Public Housing was torn down, residents were offered the chance to return to the new community, but they had to meet some requirements: no felony record and either employed or in training. The Atlanta Housing Authority says about 13 percent of families were not allowed back. In the end, only about a quarter of the residents returned, and that's led to criticism that East Lake's improvements stem from a strategy of cherry-picking residents. 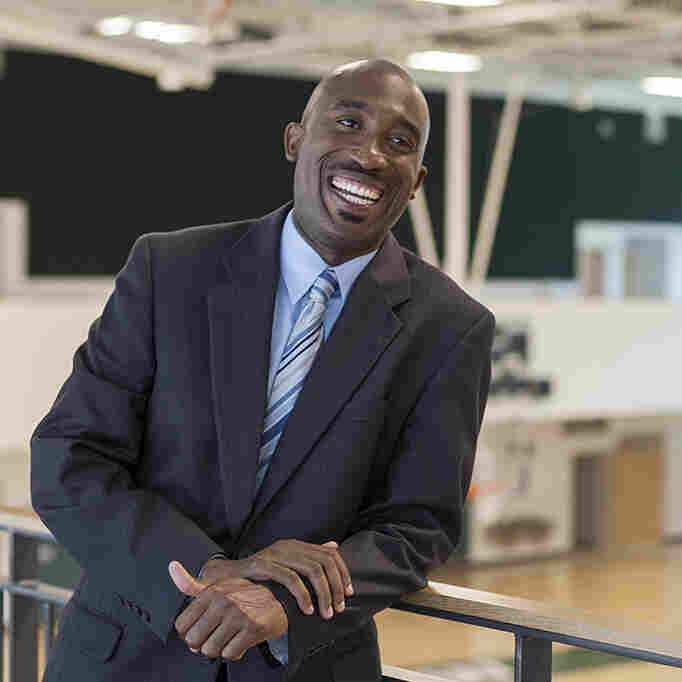 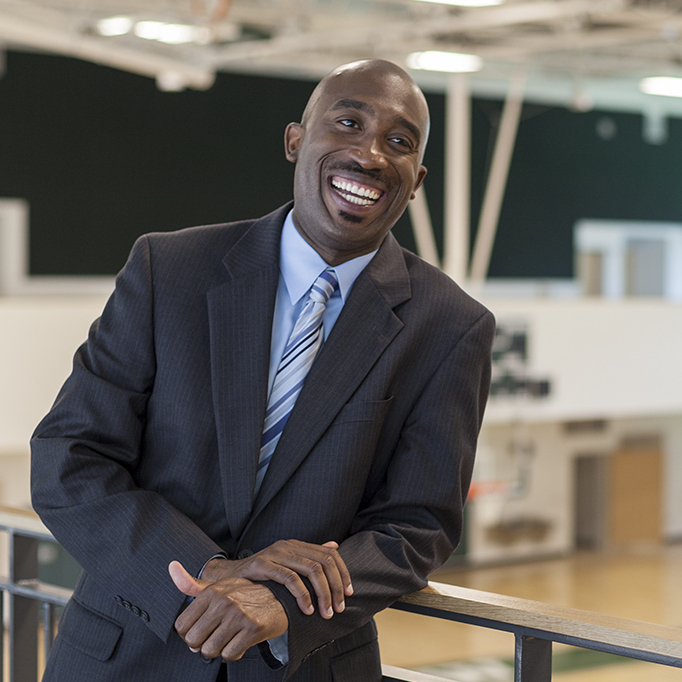 "They're only taking ... the best of the best," says Deirdre Oakley, who teaches sociology at Georgia State University. She says the East Lake model has shown success. Violent crime is down 95 percent from two decades ago. But Oakley says the success has benefited only a small group of people.

Marilyn Hack was one them. She moved to East Lake 15 years ago when she was a single mother of three. Hack says she needed affordability as she finished her education. "What I really wanted was the stability and someplace safe," Hack says, "and that's what I found here."

Hack says she thinks this can work elsewhere too, even if there isn't a fancy golf course to provide support. So far, the group, Purpose Built Communities, has taken the approach to 11 other neighborhoods across the country, from New Orleans to Omaha, Neb.