Accessibility links
'Jason And Shirley' Wonders If A Classic Queer Black Film Told The Whole Story : Code Switch 1967's Portrait of Jason was the first feature film about being black, gay, and male — and raised questions about its director's motives. A new film imagines what was left out of of the original. 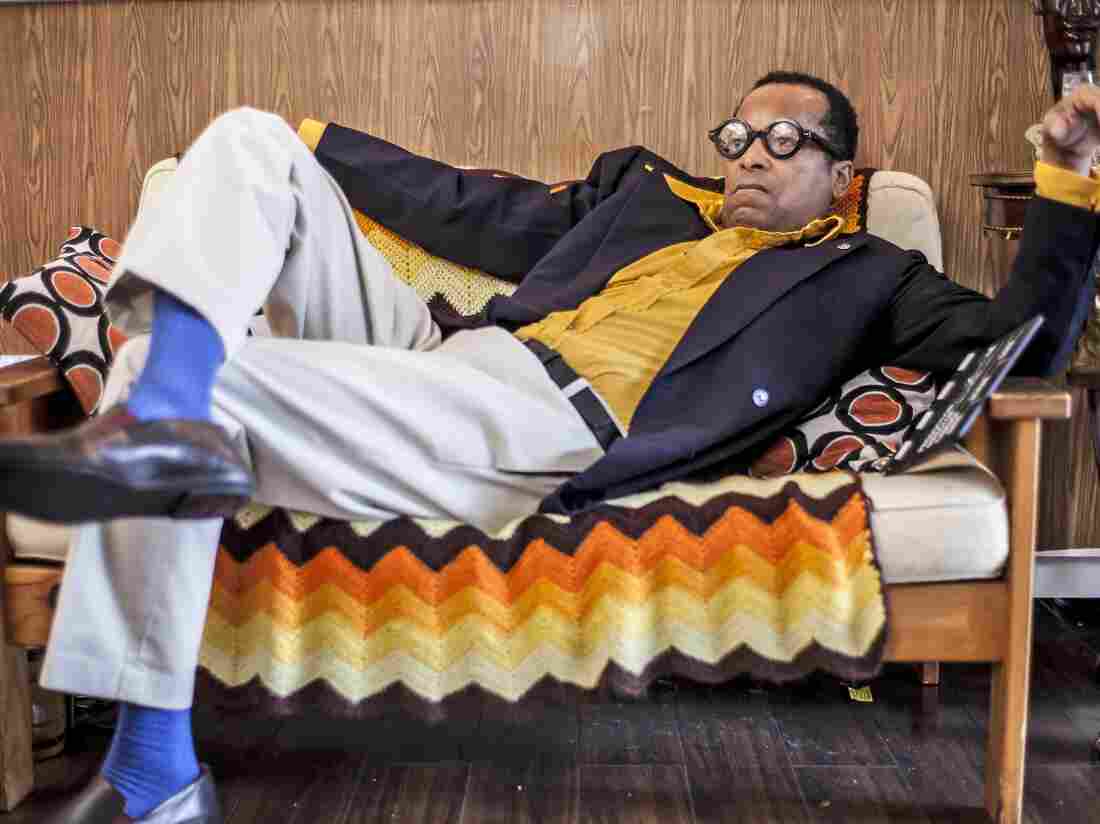 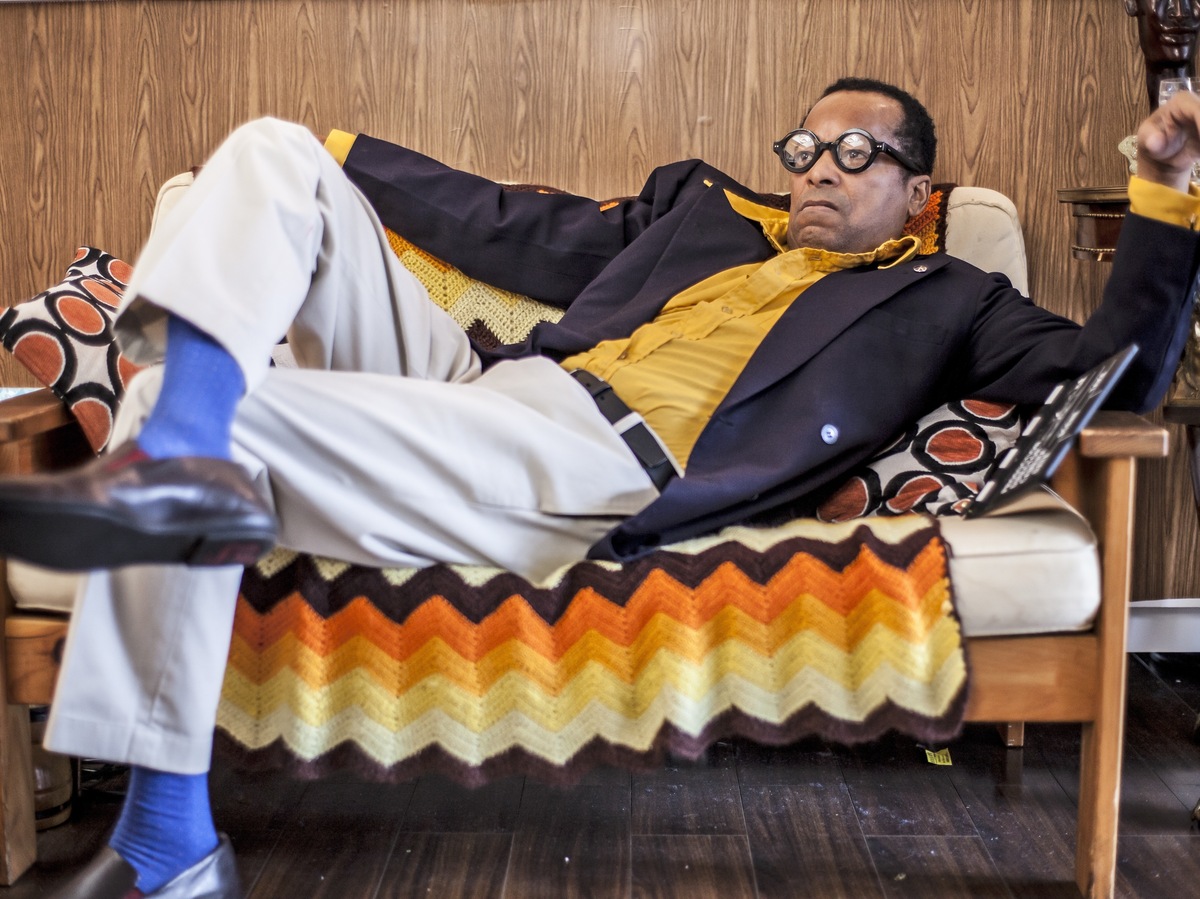 Jack Waters in Jason and Shirley

When Academy Award-winning filmmaker Shirley Clarke made her groundbreaking avant-garde documentary Portrait of Jason in 1967, it was the first-ever feature film about being a black gay man. Her subject was raconteur, entertainer, and self-professed hustler Jason Holliday (nee Aaron Payne), whom Clarke interviewed for twelve hours straight in her Chelsea Hotel penthouse.

Over the course of the evening, questions went from the anodyne ("What do you for a living, Jason?") to the arch ("Why you'd do that to me? Rotten queen!"). In the final product, we see only Holliday onscreen, smoking joints and drinking copious amounts of whiskey as he seems to suffers a slow breakdown at the hands of Clarke and a co-interviewer.

As with any documentary, however, there are a lot of questions about what was shown on film versus what really went on behind the scenes, including the true intention(s) of the creator and the motivation(s) of its subject.

Portrait of Jason was Clarke's fourth feature and her third to focus on the experiences of black men in America, and many reviewers over the years have suggested that Clarke exploited Holliday to further her career. As edited, the film hints at, but never directly explores, a complicated power differential between the two, with Clarke, the off-screen, omnipotent director toying with an ever-more volatile Holliday.

It's impossible to ask Holliday and Clarke about any of this now. Clarke died from a stroke in 1997, and Holliday passed away in almost total obscurity the following year. But before she died, Clarke had talked about her conflicted relationship to Holliday. "I started that evening with hatred, and there was a part of me that was out to do him in," she said in a 1983 interview in Afterimage magazine. "But as the evening progressed, I went through a change of not wanting to kill him but wanting him to be wonderful." In the same interview, Clarke admitted to wanting to drive Holliday to a point where he would "face the truth."

Clarke's remarks in that interview suggest that she was aiming for — and achieved — some kind of authentic breakthrough/breakdown of Holliday. But Holliday himself seemed to reject that notion. In a 1967 interview with filmmaker Jonas Mekas (founder of Anthology Film Archives in New York City, who frequently collaborated with Clarke), Holliday said, "I'm being told by some people that Miss Clarke has used me. I think the chick and me are even, dig it?"

She sees Clarke as ahead of her time, but behind reality; her film tried to capture the real world experience of being black and gay in America, but from the point of view of someone who had little experience with that culture.

When Mekas pressed him on the issue, trying to determine just how much Holliday was performing for the camera, as opposed to actually having a breakdown, Holliday said, "I was aware filmwise of what I was doing."

So was Jason Holliday exploited into presenting a less-than-ideal version of himself, for sensationalistic effect? Or were he and Clarke engaged in a mutually beneficial (if adversarial) act of co-creation? Even a half century later, "it's impossible to know how upset he is or whether the tragic gay man on screen is just an act," Manohla Dargis said in her 2013 New York Times review celebrating Portrait of Jason's re-release.

But now, with a new film called Jason and Shirley, filmmaker Stephen Winter has stepped straight into this narrative uncertainty. Winter's version, which premieres on October 20th at The Museum of Modern Art, is an imaginative recreation of that original twelve-hour shoot. By turning Clarke into a character you see onscreen, and acting out snippets of Holliday's thoughts and memories, Winter offers a more complicated view of the relationship between filmmaker and subject.

For example, in the original, Holliday tells Clarke about his "white boy fever," a confession that seemingly cheapens his relationships with white men and suggests self-hatred and internalized racism on his part. In Winter's version, we see Holliday's memory of one of those men, and the relationship that is revealed is both tender and difficult. Instead of the strapping blue-collar men Holliday spoke about in Clarke's film, in Winter's version his lover is a long-haired hippie and a fellow hustler (played by artist and model Mike Bailey Gates). 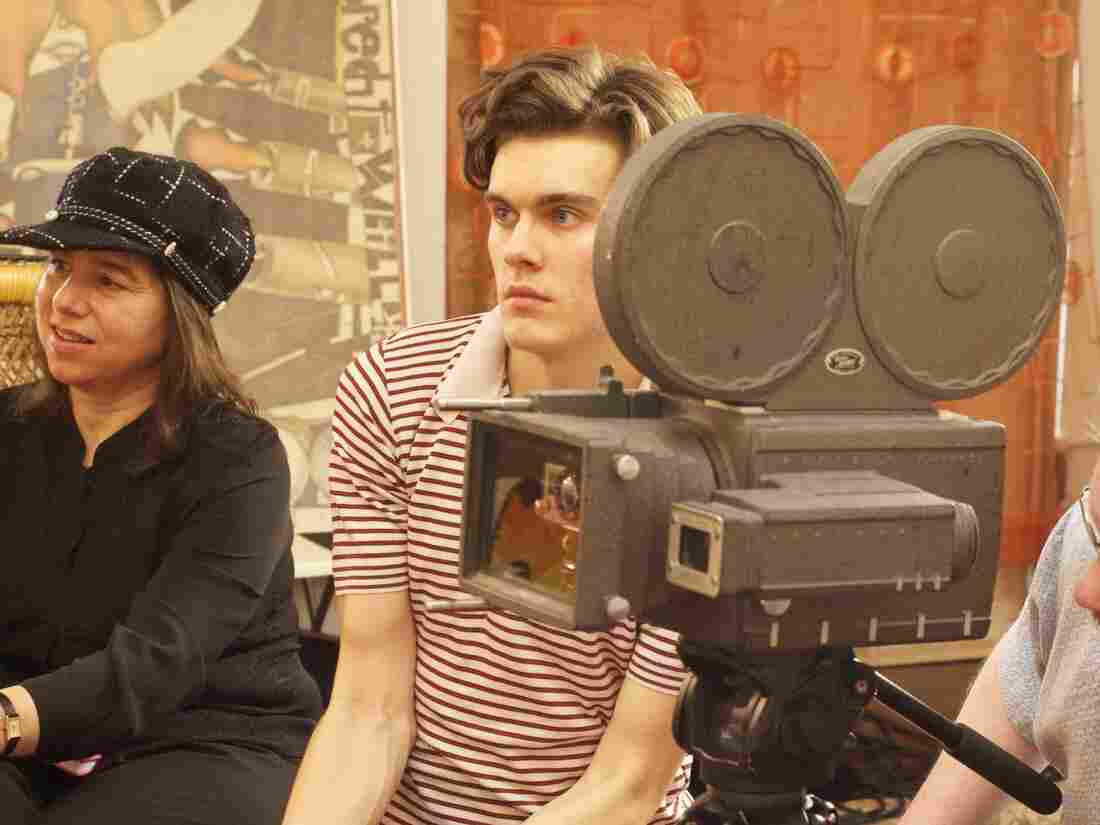 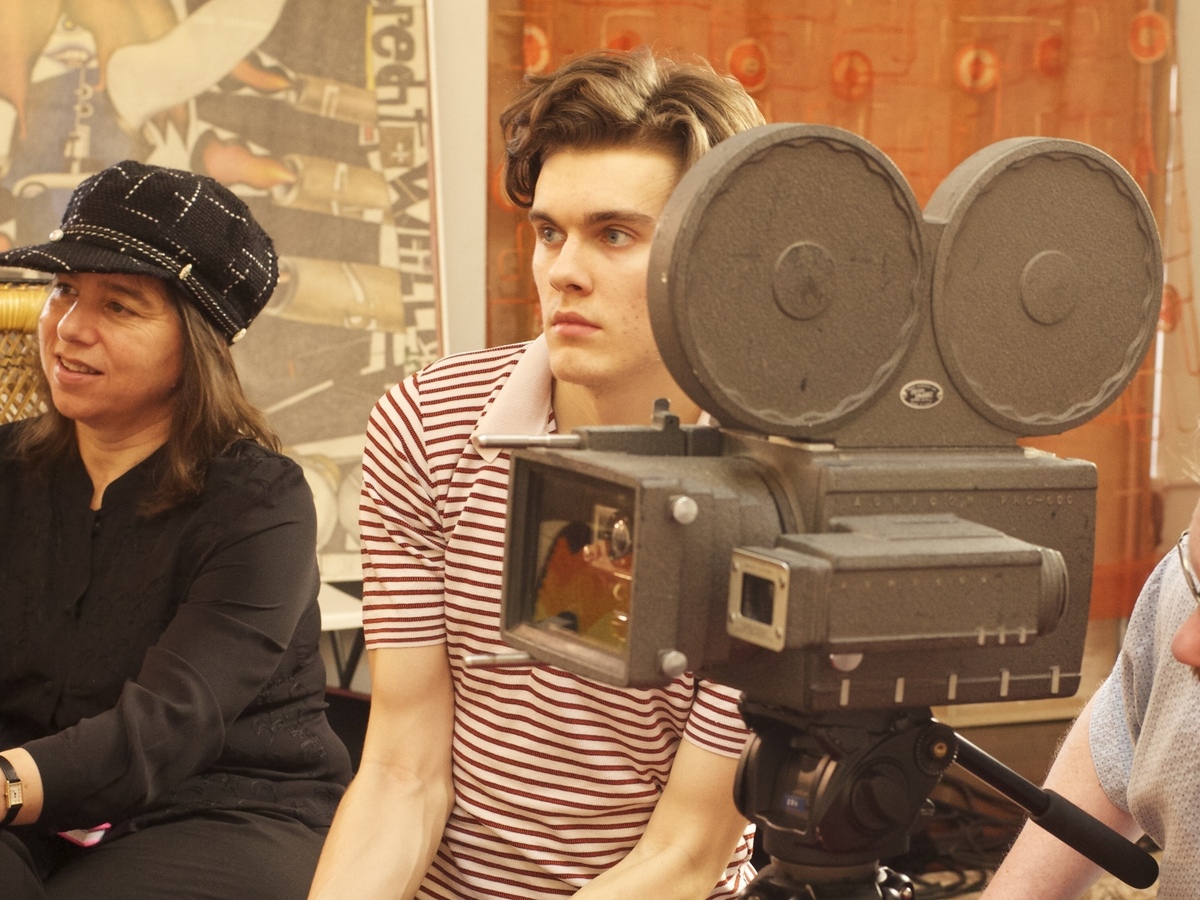 Sarah Schulman in Jason and Shirley

"I thought, out of all the relationships with white men that Jason does discuss, there's probably one that he doesn't," Winter told me. Imaging that relationship on screen shows Holliday making a real emotional connection — and allows for the possibility that Holliday was in control of his story, at least when it came to choosing which parts of himself to reveal to Clarke, and which parts to keep for himself.

Winter calls Jason and Shirley "a fictional film based on an historic event," which "gives the emotional truth of who I feel these characters are . . . We're not trying to do a biopic or a documentary about 'the making of,'" he stressed. For instance, he didn't consult Shirley Clarke's archives at the Wisconsin Center for Film & Theater Research.

That fact is one of the many criticisms leveled at Jason and Shirley by Milestone Films, the company responsible for restoring and distributing Portrait of Jason in 2013. In a statement released online, Milestone said that Winter's "complete lack of research and their numerous factual errors and falsehoods have betrayed everyone who was involved in making Portrait of Jason."

Milestone's creative heads, Amy Heller and Dennis Doros, have dedicated years to Clarke's legacy. Their "Project Shirley" aims to restore all of her films, and in so doing, restore her to the public's memory as well. Their extensive work is an obvious labor of love, and an important service to the film community.

(After releasing their statement, Milestone refused to meet with Winter and his cast, and they've turned down all subsequent requests for interviews, including for this article).

Milestone's complaints include author and public intellectual Sarah Schulman's portrayal of Clarke, which they call in their statement "a lumpy, platitude-spouting Jewish hausfrau," and a "sexist cliché."

For her part, Schulman sees some of that hostility as a predictable reaction to the depiction of a strong woman, working under adversarial conditions, trying to bring her vision to life. Her Shirley is tough, and "when you show women like that, people think it's negative," Schulman said. She sees Jason and Shirley as an homage to Holliday and Clarke, one that Clarke herself would have liked.

"She understood that being a black gay man was worthy of a film," Schulman said. She sees Clarke as ahead of her time, but behind reality; her film tried to capture the real world experience of being black and gay in America, but from the point of view of someone who had little experience with that culture. This lack of knowledge kept Clarke from representing a more complete version of Holliday, Schulman believes, but that the film exists at all is a testament to Clarke's vision.

In re-imagining the original film, Jason and Shirley director Stephen Winter bridges that gap. "As a black gay man who has lived Portrait of Jason," Winter said, "I don't need to fictionalize from what actually happened." Instead, he's relied on his experience as a queer man of color working in the very white world of film, and seeing how white people perceive, understand, and tell stories about men like him.

Most importantly, though, he's relied on the original film itself. "Jason and Shirley represent themselves just fine in the film that came out," Winter told me, "and it is from there that I've drawn all my conclusions."

Mekas, the filmmaker who knew Clarke and interviewed Holliday, disagrees with Milestone Film's take on Jason and Shirley. "The film portrays Shirley very much as she was," he said over email, and he believes it does service to the complexity and humanity of both individuals.

In Jason and Shirley, Schulman embodies the complicated, intelligent woman who could passionately hate and love her subject – while simultaneously running an epic shoot. And to his great credit, Winter has drawn Holliday as a man who understood that one could both exploit and and be exploited, and creatively navigated a difficult course between the two.