Accessibility links
'Fess Up, Grannies, You Ate The Butter Cookies : Code Switch Is the Royal Dansk cookie tin mystery what connects us all? We took to Twitter to find out. 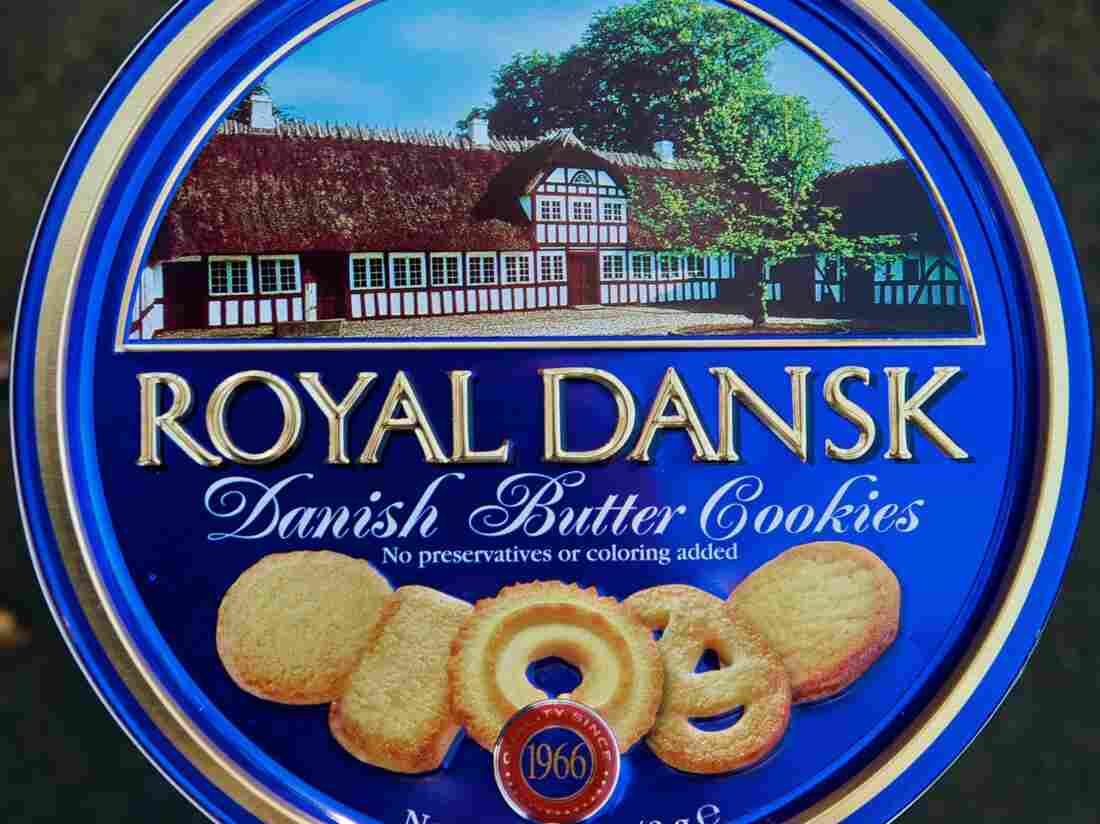 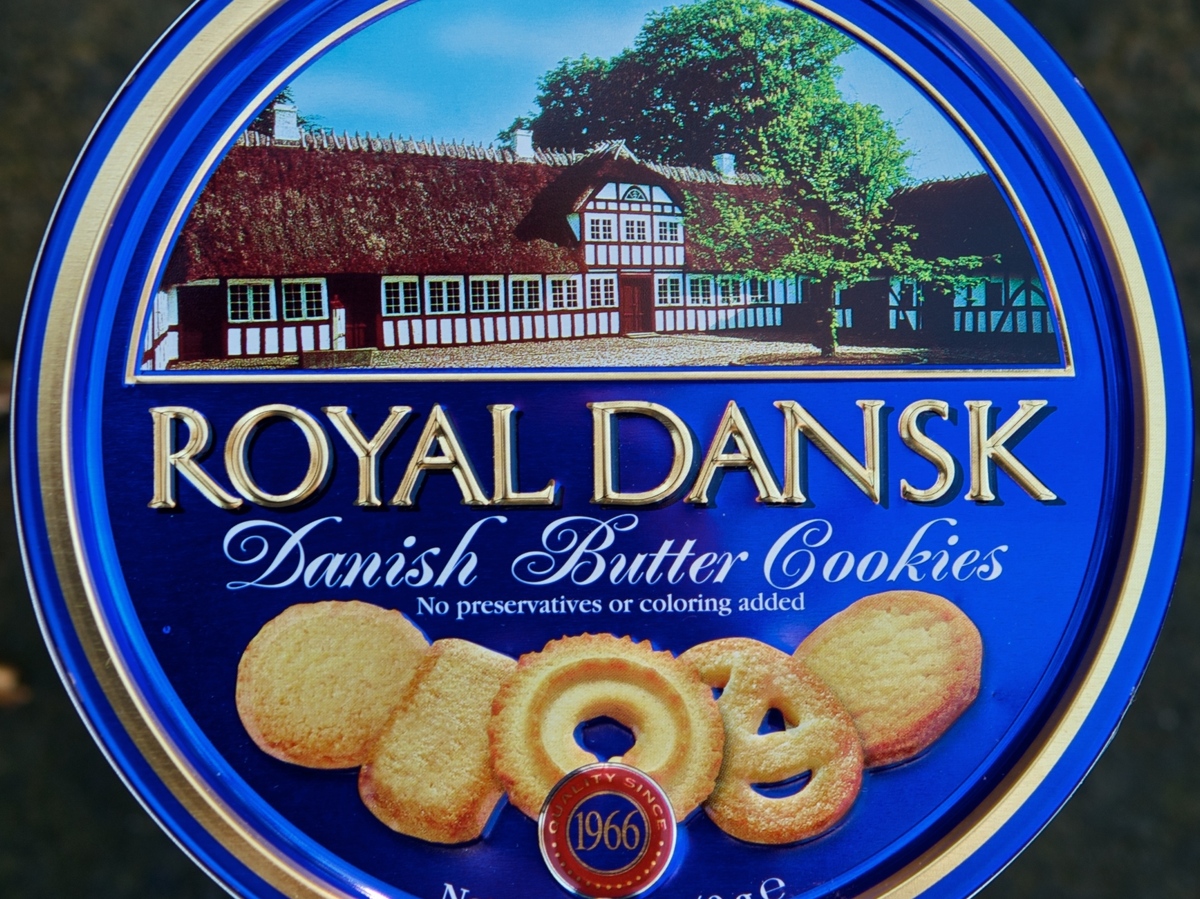 What lies within? Danish Butter Cookies or sewing supplies?

It was 2 p.m. at the Code Switch desk and conversation turned, as it often does in post-post-lunch stupor, to snacks. Who had some? Who needed some? Why does the NPR cafeteria close so early? (It's called, are you ready for this, Sound Bites.) Doesn't anyone have a Toblerone stashed in a drawer?

That last one struck a chord. We learned that several of us grew up in Toblerone-hoarding families, all of us assuming that the nougaty chocolate pyramid's special status was exclusive to the culture we grew up in. We were surprised at how many of our parents used to hand out Toblerone bars when visiting relatives, whether Chinese, Indian or black American.

@tasneemraja I grew up on Ferrer Rochet/Toblerone...My mom pushed the former, my friend's Egyptian/Lebanese parents the latter. Outlier?

Indeed, the cross-cultural chocolate connection didn't end with Toblerone; Ferrero Rocher was another confection that had made its way into many of our lives. At this point, we started to wonder what other unlikely foods united us across cultures, borders and generations.

We took the conversation to Twitter, and you did not disappoint. We salivated over descriptions of fufu, concón and coxinhas. We puzzled over specialties like "sprite over lime sherbet." We curdled at the amount of ketchup that made its way into otherwise decent meals. We talked about some foods that have fallen into the mainstream, like kimchi and chaat masala, and some dishes that remain more obscure, like yin wo.

But the biggest surprise of the afternoon came in the form of Royal Dansk Danish Butter Cookies. Somehow, we learned, these unassuming blue tins have traveled, mostly via grandmothers, around the world and back.

According to our Twitter responses, families love Royal Dansk cookies up, down and across the United States, as well as in Cape Verde, Japan, Ecuador, the U.K., Germany, the West Indies, China, Mexico, the Dominican Republic and India.

As it turns out, a far more universal recollection is the disappointing experience of prying open one of those blue tins only to find a bunch of sewing supplies:

@tasneemraja @NPRCodeSwitch Actually an immutable law of the universe. If you want cookies, they contain sewing supplies, and vice versa.

@tasneemraja My dad, who grew up in Cleveland, used cigar boxes and tins for storage—in part because his father was Cuban!

@tasneemraja @NPRCodeSwitch For years I thought it was just my mum who did that! (White British family from London.)

@tasneemraja Oh no. You'll find memes from Black folks, Latinos, etc on getting faked out by that can on the regular. LOL

@tasneemraja Dominicans do that too! I grew up around those tins -- was always upset that they didn't actually hold cookies.

Apparently, we weren't the first to discover this connection. In November 2013, what became a "Subreddit of the Month" took on this very issue. Folks from Israel, the Philippines, Denmark, Iran, Canada, Russia, Thailand, Finland, Australia, Latvia, Lebanon, Sri Lanka, Greece, Sweden, Pakistan, Bangladesh, Argentina, Taiwan, Armenia, Spain and UAE weighed in about their memories of Royal Dansk, sewing kits and deception. Reactions ran the gamut from despair ("These bins are full of disappointment") to the sublime ("We've just unlocked the link that binds the whole world together!").

But why these tins? Why this cookie? Creatrix Tiara tried to crack open the case in September, claiming that the tins became popular storage containers during times of war. Tumblr is obsessed with the the Royal Dansk mystery, with one account hosting photos from a fourth generation Dansk con artist. Meme after meme after meme celebrates those omnipresent tins, those elusive cookies. They've even made their way into someone's creative writing:

"A jumble of far less exotic items crowded the dresser: an opened bottle of Bellrose hair oil; a green pillbox hat with a feather; several ribbons, clasps, and other hair accessories spilling out of a rusting Royal Dansk cookie tin."

In the end, maybe we were wrong to think of Royal Dansk as a mere cookie company in the first place. That's what Royal Dansk itself seems to think. Its website describes what they sell as "a range of crisp, delicious, and luxury products" (emphasis mine). When this product line first launched in 1966, the tins were half the appeal:

"The tin was used to maintain freshness of the cookies. It was resealable and reusable for storing in general, and some people used it simply as a bowl to serve from. It's a matter of no surprise that it was known as The Blue Tin."

The Blue Tin. There you have it. It was never about the cookies at all.

You win this round, grandmas around the world. 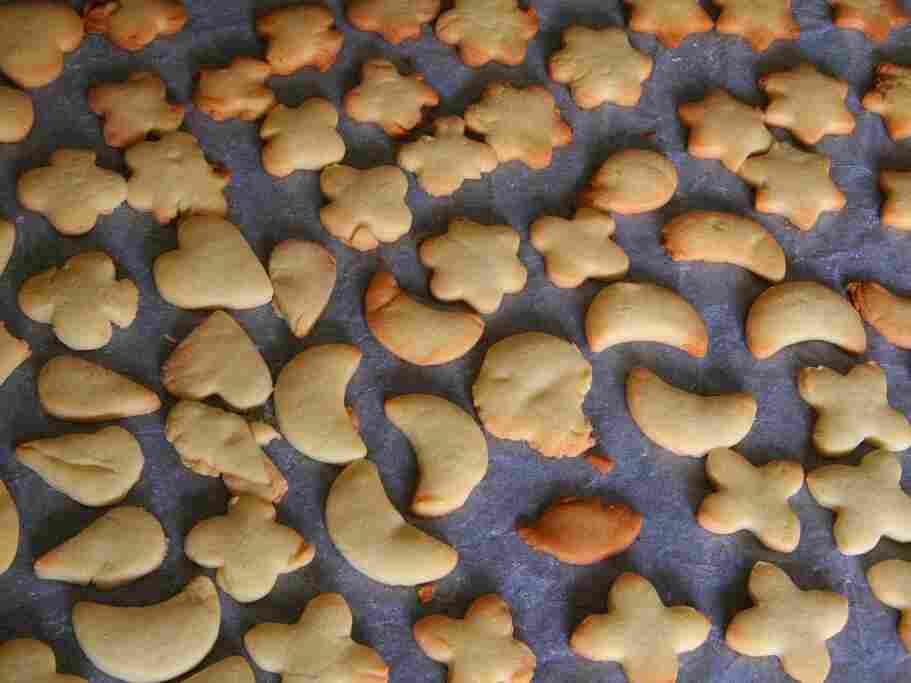 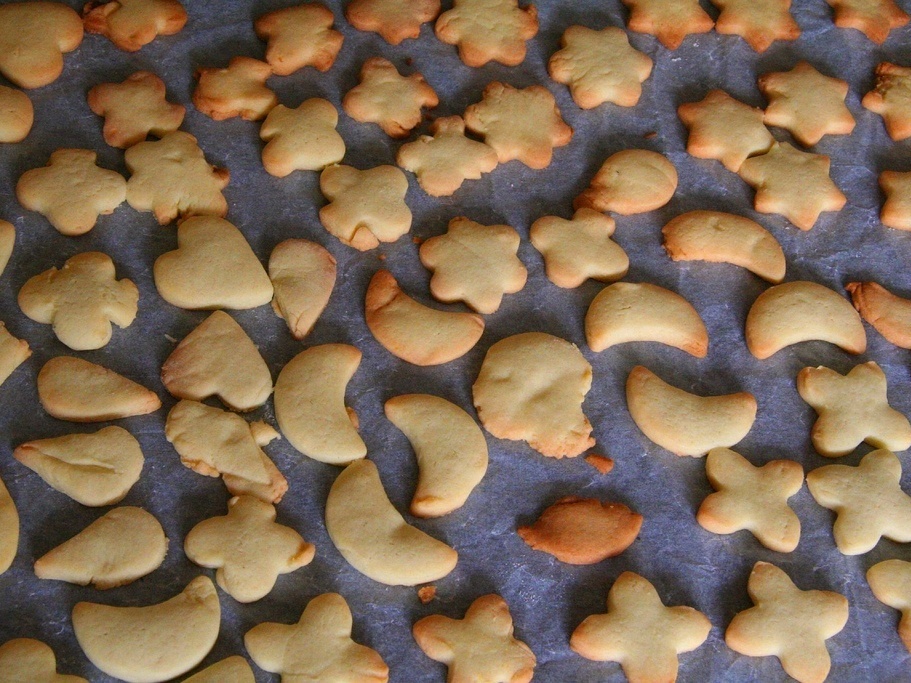 A previous version of this article attributed a Royal Dansk article to Buzzfeed. The article was actually written by Creatrix Tiara, who posted on the Buzzfeed Community forum.