Accessibility links
Why Latinos Heart Horror Films : Code Switch Latino audiences can make or break horror films in the box office, but right now their presence behind the camera might be even more significant. 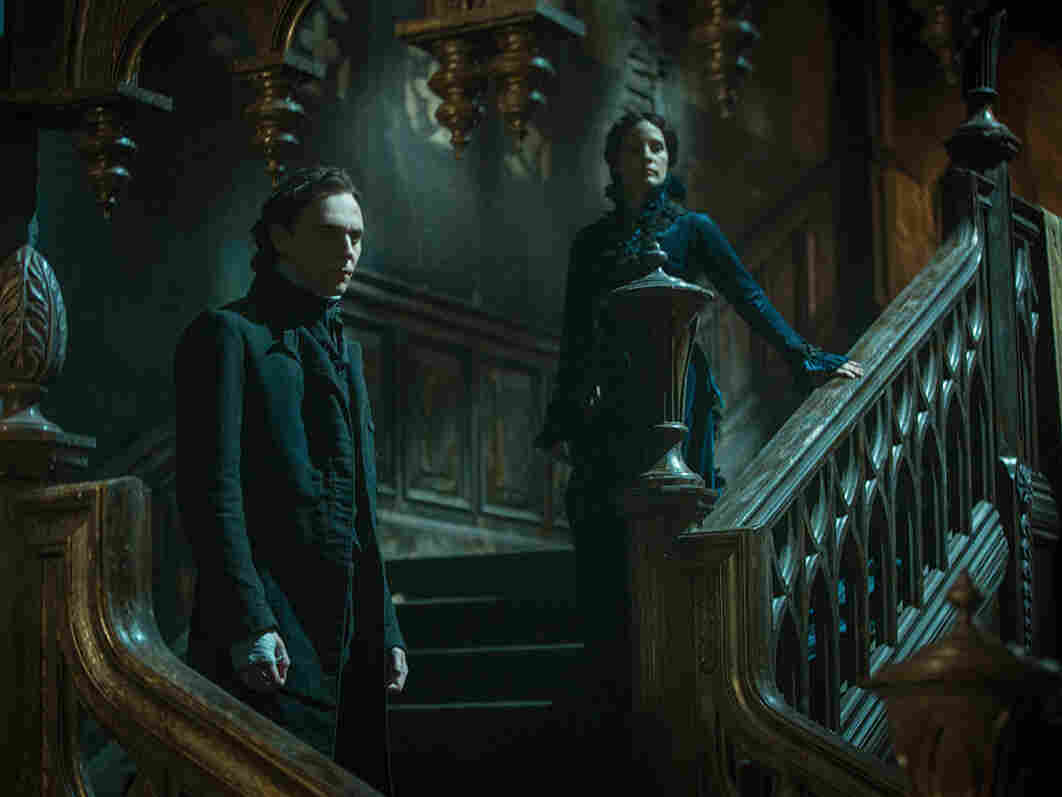 A still image from Guillermo del Toro's new movie, Crimson Peak. Twenty-two percent of audiences on any given weekend are Latino. But when it comes to horror films, that proportion jumps to as much as half the box office. Universal Pictures hide caption 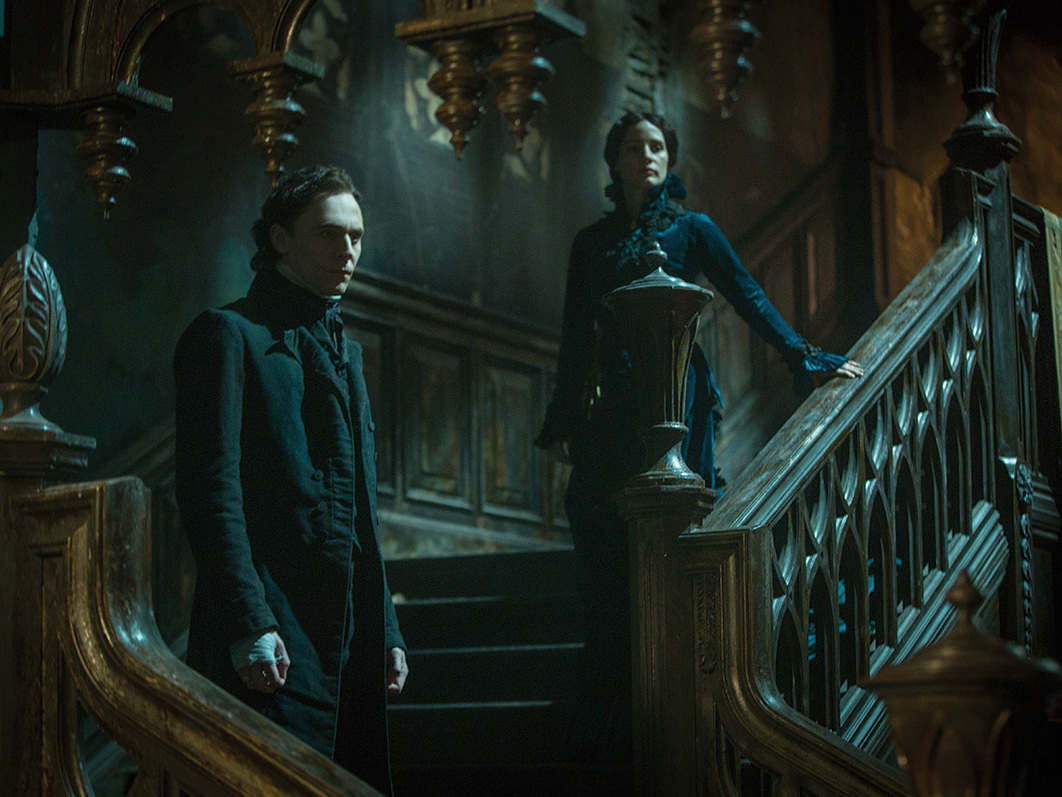 A still image from Guillermo del Toro's new movie, Crimson Peak. Twenty-two percent of audiences on any given weekend are Latino. But when it comes to horror films, that proportion jumps to as much as half the box office.

On a Saturday night in Silver Spring, Md., the Torres brothers are at the movies. They're here to see Director Guillermo Del Toro's new movie, "Crimson Peak," and Jose is in the mood for horror in his wolf mask. "Anything that is paranormal, has a fear factor into it, I would watch it," he says. His younger brother, Anthony, agrees. "It's more exciting than watching some regular old romantic movies." Seventeen-year-old Anthony says Crimson Peak is more his style. "I think it's gonna be about demonics. I wanna see how it feels when your heart goes bom bom bom bom," he says, thumping his chest.

Latinos like the Torres brothers are big moviegoers — 22 percent of audiences on any given weekend. But when it comes to horror, that proportion jumps to as much as half the box office.

Edwin Pagan, who runs LatinHorror.com, a website for Latino horrorphiles, has a theory about why Latinos are drawn to the genre. "Traditionally, we have always loved ghost stories and the macabre and Gothic tales," he says. "They're just sewn into the fabric of who we are as a people."

Many Latinos grow up hearing about scary characters like El Cuco, El Chupacabra and La Llorona — a woman who drowns herself and her children after being scorned by her husband. Her ghost wanders the earth wailing and snatching up children to replace her own. Pagan says it's this intimacy with the supernatural that makes the Latino psyche ripe for horror thrills.

Another layer of culture comes into play, too. "We're born into Catholicism in large part," says movie marketer Etienne Hernandez Medina. "The duality between good and evil, devil and God — it's stuff we've grown up with." Hernandez Medina relies on that duality to help studios sell their movies to Latinos. He's worked on dozens of horror films, and he says another part of the reason they attract big Latino crowds is that they appeal to young audiences (Latinos are younger than the general U.S. population) and they don't require perfect English to understand. "You go see Paranormal Activity and you get the bejesus scared out of you," he says. "You don't need to follow a long plot that explains how this all came to be."

We're born into Catholicism in large part. The duality between good and evil, devil and God — it's stuff we've grown up with.

Hernandez Medina says Latino audiences can make or break horror movies in this country, and film execs know it. Still, scary movies aren't immune to Hollywood's diversity problem. "We show up the same way," Pagan says. "It's usually some kind of background character or a friend of one of the main characters who ultimately is the first to die."

Charles Ramirez Berg, who studies how Latinos are represented in film, isn't surprised by this. "Everything in Hollywood must have a reason for appearing — except for the dominant group," he says. In horror movies, all you really need is a monster and a victim. "There is no specific narrative function for a Latino's appearance, so they usually are not written into the script or cast," he says.

But Pagan says there's hope: "We're a speck on the screen at this point, there's no denying that, but we've always been there to some degree." Behind the camera, some of horror's major players have been Latino. There's George Romero, the man who created the zombie movie, and Robert Rodriguez with his campy gore. Now, one of the hottest names in the genre is special effects master Guillermo Del Toro.

Pagan says today there are more Latinos delving into the genre than ever before, both writing scripts and directing. "There's no doubt that when we're given the opportunity, we can shine," Pagan says, "because the stories are there; we just have to tell them."

And keep moviegoers like Jose and Anthony Torres squirming in their seats. As the theater goes dark and Crimson Peak's eerie opening music starts playing, Jose eyes his brother. "Someone's gonna have nightmares," he says with a sly smile. Anthony grins back, "What you mean nightmares? Extreme nightmares, like!"