Accessibility links
Our Favorite Word — 'Diversity' — Is Under The Microscope At Mizzou And Yale : Code Switch The word "diversity" is pulling overtime this week in light of recent events on college campuses. But what does it actually mean? 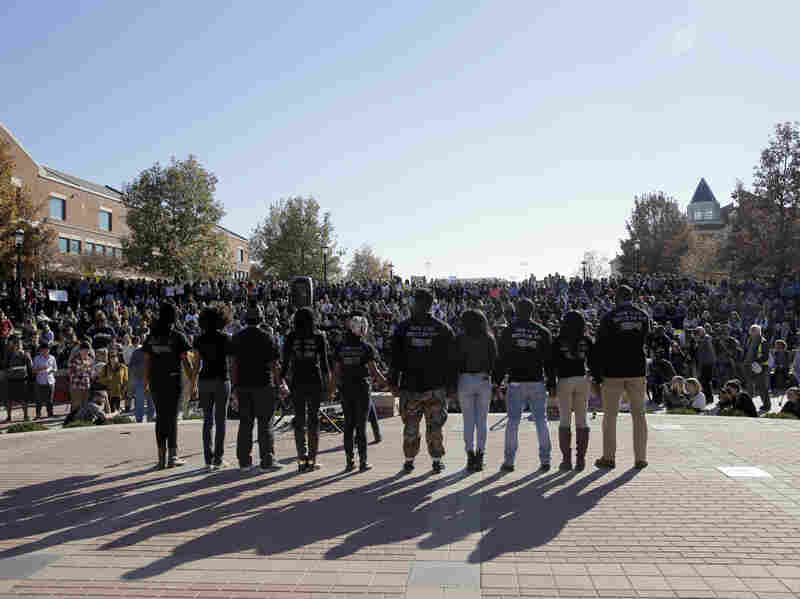 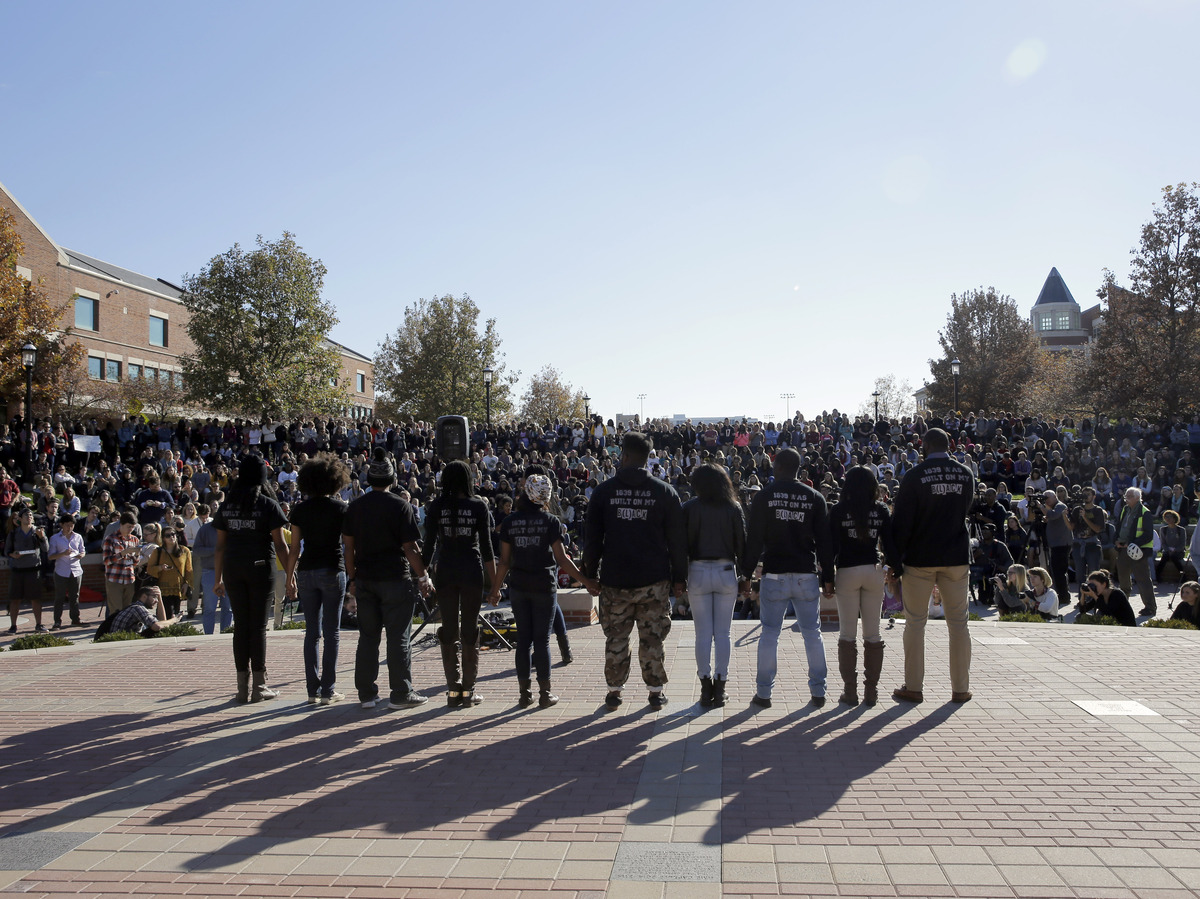 The word "diversity" gets thrown around a lot in these parts, and recently, it has come under a lot of scrutiny; it's easy to invoke, but what does it actually mean? Over at The New York Times Magazine, Anna Holmes recently pondered how the word gets used in corporate culture, and Aisha Harris at Slate looked at how it comes up in the entertainment industry. And last week, my Code Switch pal Gene Demby tried to assign some action items to the term.

We're seeing this conversation erupt publicly at college campuses this month, with a couple of notable situations that raise more questions about "diversity," what it means in practice, and the "right" to feel comfortable wherever you are.

This week, University of Missouri's president and chancellor stepped down after protests over campus racism. "It is my belief we stopped listening to each other," president Tim Wolfe said when he announced his resignation. "We have to respect each other enough to stop yelling at each other and start listening, and quit intimidating each other."

Referring to one of the protesters who started a hunger strike to oust him, he said, "This is not ... how change should come about." Of course, that leaves the question of how that sort of change — the stated desire for a more inclusive space — should come about.

While the events at Mizzou are dominating the news, halfway across the country, Yale University has been embroiled in its own controversies around race. Last month, a Yale fraternity allegedly banned black women from a party, spurring instant backlash.

In an unrelated event, after Yale's Intercultural Affairs Committee called on students to not wear culturally insensitive Halloween costumes, a faculty member and student residence administrator named Erika Christakis sent a note to hundreds of Yale students asking, "Is there no room anymore for a child or young person to be a little bit obnoxious ... a little bit inappropriate or provocative or, yes, offensive?" She also wrote that American universities have evolved into places of "censure and prohibition."

Some folks claim that Christakis was trying to engage in conversation and push students to think for themselves. But other students at Yale immediately challenged her email, protesting that she had dismissed something they experience as a very real problem every day.

"Giving 'room' for students to be 'obnoxious' or 'offensive,' as you suggest, is only inviting ridicule and violence onto ourselves and our communities, and ultimately comes at the expense of room in which marginalized students can feel safe," Ryan Wilson, a Yale student, wrote in an open letter.

The Yale debate plugs directly into the bigger, more meta conversation we're seeing around "diversity." One group argues that their right to free speech is infringed upon; another says the school promised them — and they're paying for — a welcoming, inclusive environment.

As Yale made headlines for these incidents, its officials announced something that received far less attention last week: The school will spend $50 million in the next five years to increase diversity of its faculty. That money will go toward recruitment, implicit bias training for employees involved in faculty searches and tenure decisions, and fellowships for graduate students aimed at expanding the pipeline into academia. It's a tall order; in the 2014-15 academic year, just 22.5 percent of the university's 4,410 faculty members were minorities, according to CNN Money, while almost 43 percent of the students enrolled at Yale are minorities.

But the conversation about diversity initiatives in corporate culture and Hollywood — and Holmes' and Harris' convincing arguments that existing tactics aren't working — raises the question: Will a browner, more diverse faculty lead to a better atmosphere for college students hungering for more inclusion?

Part of the problem seems to be that institutions — tech companies, media organizations, TV networks, schools — often frame their pursuit of diversity as an achievement in itself. They unveil breathless new initiatives and pat themselves on the back without investigating how existing internal cultures — and their own attitudes — are getting in the way of authentic inclusion.

As Gene wrote last week, diversity "can't be productive unless there's real thought about how to invite and productively metabolize pushback against accepted norms, because that pushback is going to come."

Yale and Missouri are struggling to find their feet under enormous waves of pushback right now. We'll have to wait and see whether Yale's new plan to diversify its staff and the turnover at the top at Mizzou will actually do anything to chip away at the tensions they're seeing on campus.