Accessibility links
No Longer 'The Only One'? This Year, Things Changed For Asian-Americans On TV : Code Switch Remember this time last year? The roster of Asian-American leads was sparse. With shows like Fresh Off The Boat, Quantico and Master of None, things are starting to look much different.

No Longer 'The Only One'? This Year, Things Changed For Asian-Americans On TV

No Longer 'The Only One'? This Year, Things Changed For Asian-Americans On TV 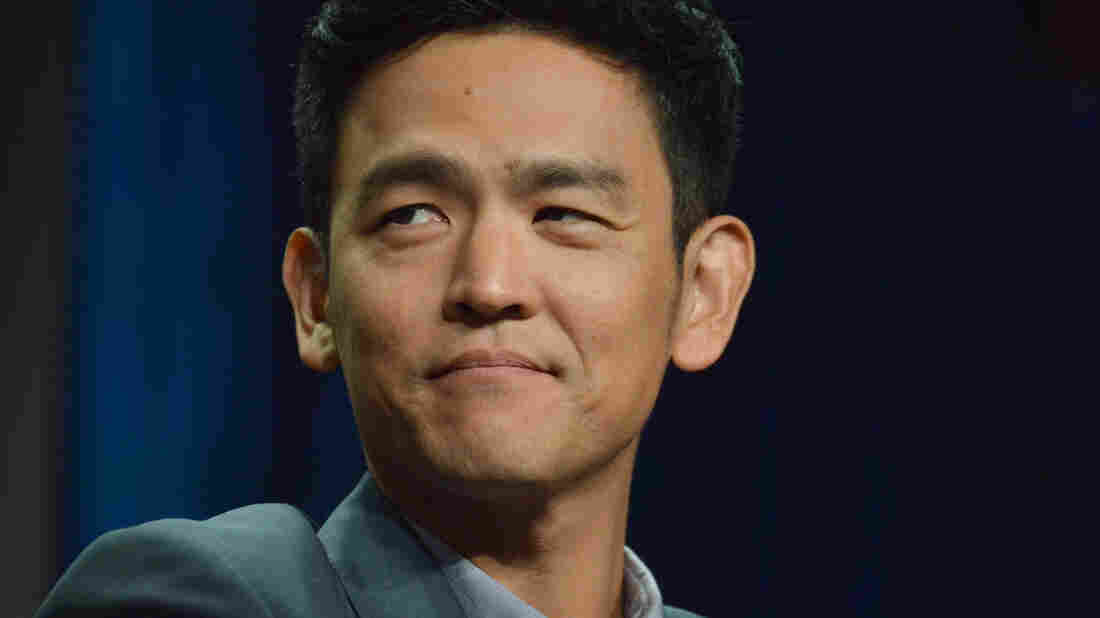 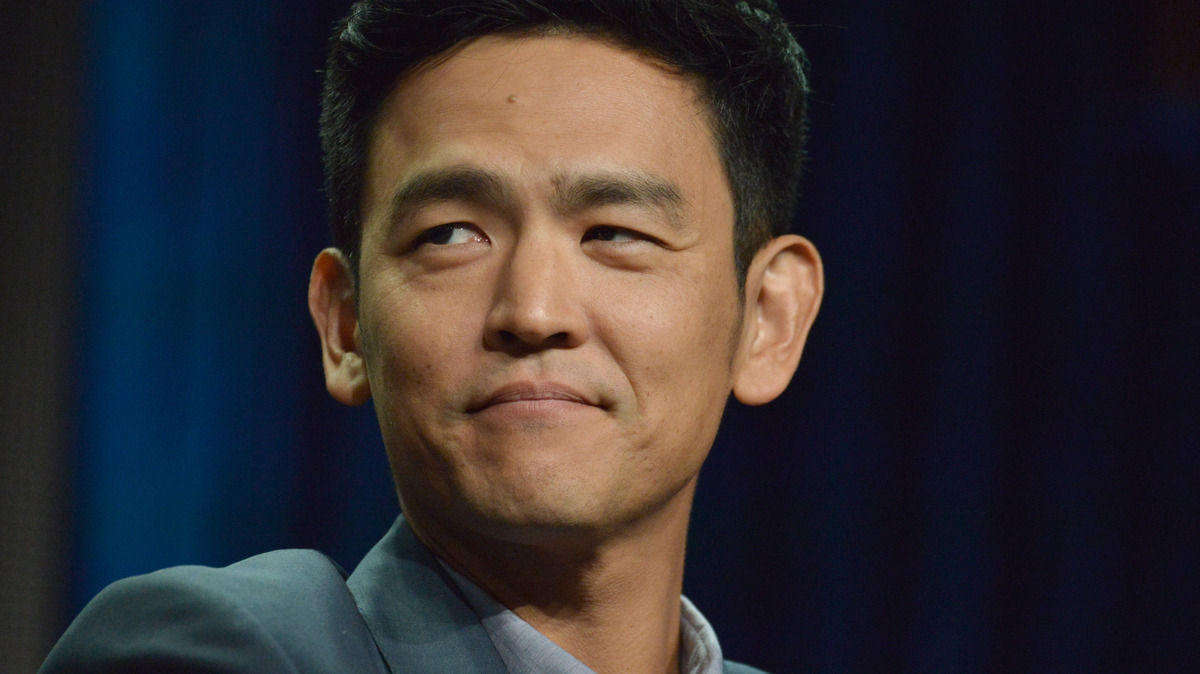 John Cho starred as the romantic lead in the short-lived ABC sitcom Selfie.

Around this time in 2014, ABC had just canceled the sitcom Selfie, starring everybody's ideal boyfriend John Cho and Karen Gillan. Cho was the first Asian-American male to play the lead in a rom-sitcom — he called his role "revolutionary" — and fans lamented that the show was just finding its legs when it got cut.

In the world of people who care about how, when and whether Asian-Americans show up on our TV screens, it was a nervous time. Fresh Off The Boat was on the horizon, and many gloomily predicted it would suffer the fate of Selfie — low ratings and early demise — or that it would be packed full of stereotypes. The stakes were high: It had been two decades since an Asian-American family was featured in a sitcom, and the number of Asian-American leads on TV at the time was next to nothing. People wanted to believe Fresh Off The Boat would remedy the lack of Asian-Americans on TV, but worried the show would be more poison than antidote.

"Believe me, if I myself weren't in it, I'd feel exactly the same way," Randall Park, who plays the goofy, sometimes bumbling dad on Fresh Off The Boat, told Colorlines.

At the start of this year, celebrity chef Eddie Huang, whose memoir Fresh Off The Boat inspired the show, described the television landscape for Asian-Americans as a cultural "ice age." "We don't even have fire," he told Wesley Yang, writing for the New York Times Magazine. "We don't even have the wheel. If this can be the first wheel, maybe others can make three more."

Fast-forward to the present. In a recent piece at Vulture, E. Alex Jung says this year has been the first time Asian-Americans really got a shot on TV. This fall "brought more Asian-American leads to television than ever before," Jung writes. "What a difference a year makes." 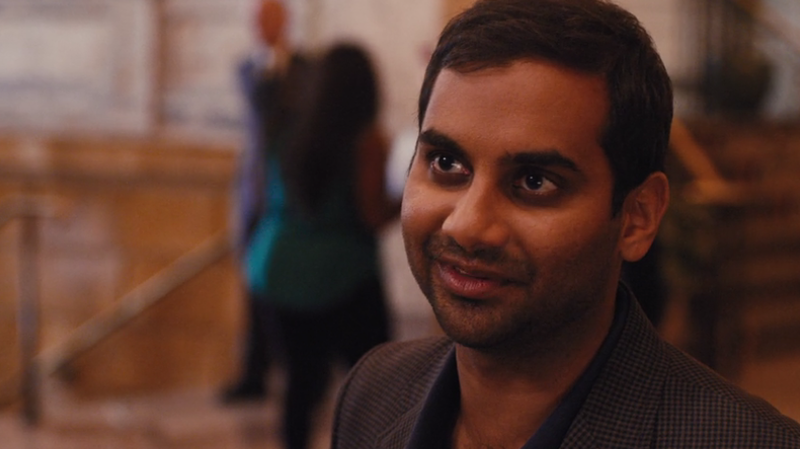 Aziz Ansari stars in his new Netflix sitcom, Master of None, which he co-wrote with Alan Yang. Netflix hide caption 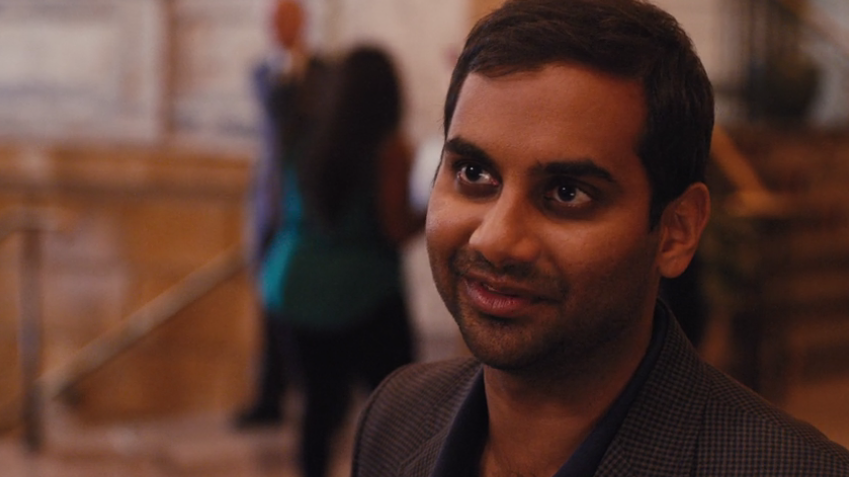 Aziz Ansari stars in his new Netflix sitcom, Master of None, which he co-wrote with Alan Yang.

Looking back, it seems clear that the "first wheel" did indeed come rolling in with Fresh Off The Boat's success. And then another, and another, with shows like Quantico, Dr. Ken and Master of None. What resulted was a range of shows featuring Asian-Americans, some good, some OK, some not-so-great. And if you think about it, that range of quality is itself a gift, a product of there simply being more.

My Code Switch pal Gene Demby recently wrote about workplace diversity, after someone on Twitter joked that healthy workplace diversity is when a person of color can skip making friends with this or that other person of color in the office, and still have POC buddies at work. That is, there's enough of you around that no one person has to play an outsized role. Crazy as it seems, we may be inching toward that happy balance with Asian-Americans on television.

Take Dr. Ken, the new ABC sitcom with comedian Ken Jeong, which just got a full-season pickup. Jeong plays a dour, quirky doctor who juggles his workplace life with keeping up with his family. In his post at Vulture, Jung calls this show remarkable because it's "wholly unremarkable":

"Even though critics almost universally panned the show, it was one of the first freshman shows that ABC picked up for a full season, because it had solid ratings. And yet, it's almost impossible not to play a 'What if' scenario. What if Dr. Ken had premiered before Fresh Off the Boat? It might have collapsed under pressure like All-American Girl. But in this case, it flew under the radar. It didn't have to be perfect, or present a good face, or rep Asian America hard. It could just be fine — mediocre, even — and we don't have to agonize over whether the show was worth defending because it was 'the only one.' It could simply be left alone, and that, in some ways, might be the biggest gain of all."

That idea of being "the only one," and the attendant anxiety over defending so-so shows with Asian-American faces because who knows when we'll get another one, is a dynamic I teased out earlier this year when Unbreakable Kimmy Schmidt premiered on Netflix, unleashing all sorts of consternation over a character named Dong.

Dong, played by Ki Hong Lee, was the main character's love interest. He had an accent, delivered Chinese food and was good at math. Predictably, he set off alarm bells for many viewers who saw him as the inheritor of an unhappy legacy of male Asian-American portrayals in American pop culture: effeminate, asexualized and clumsy.

I argued that Dong's character was interestingly complicated, and felt the show was playing with those stereotypes, not just recycling them. But the reaction to Dong was itself worthy of more examination. "In the context of the greater history of Asian-Americans on screen," I wrote at the time, "any character named Dong is going to bring up a lot of complicated feels. Maybe in a perfect world, with plenty of sitcoms with Asian-American romantic leads, it'd be possible to read this character without the weight of everything that came before."

With this season's new crop of options, and shows like I Love Lakshmi on the horizon, we're not in that perfect world yet, but we're one step closer.