Accessibility links
'Chi-Raq' And A Hard Place: What Critics Are Saying About Spike Lee's New Movie : Code Switch When it comes to problems of violence in Chicago, does Lee's latest help, or hurt? We rounded up some smart takes on the film.

'Chi-Raq' And A Hard Place: What Critics Are Saying About Spike Lee's New Movie

'Chi-Raq' And A Hard Place: What Critics Are Saying About Spike Lee's New Movie 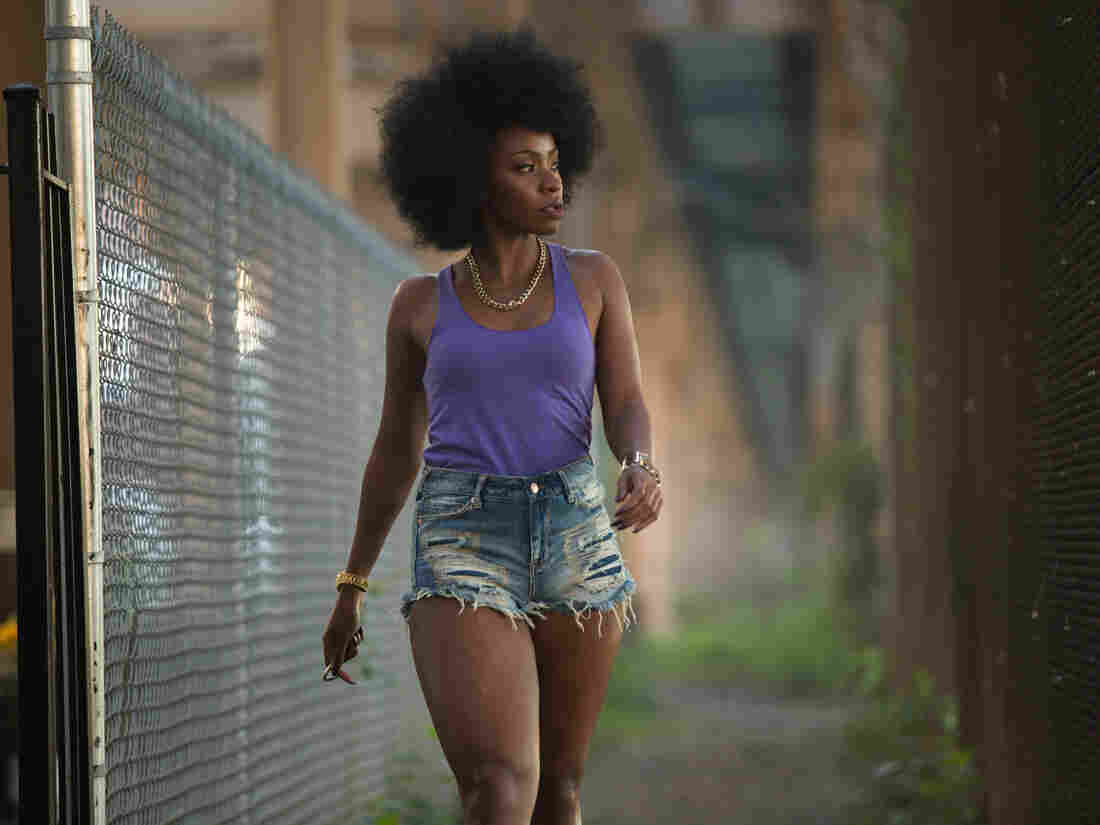 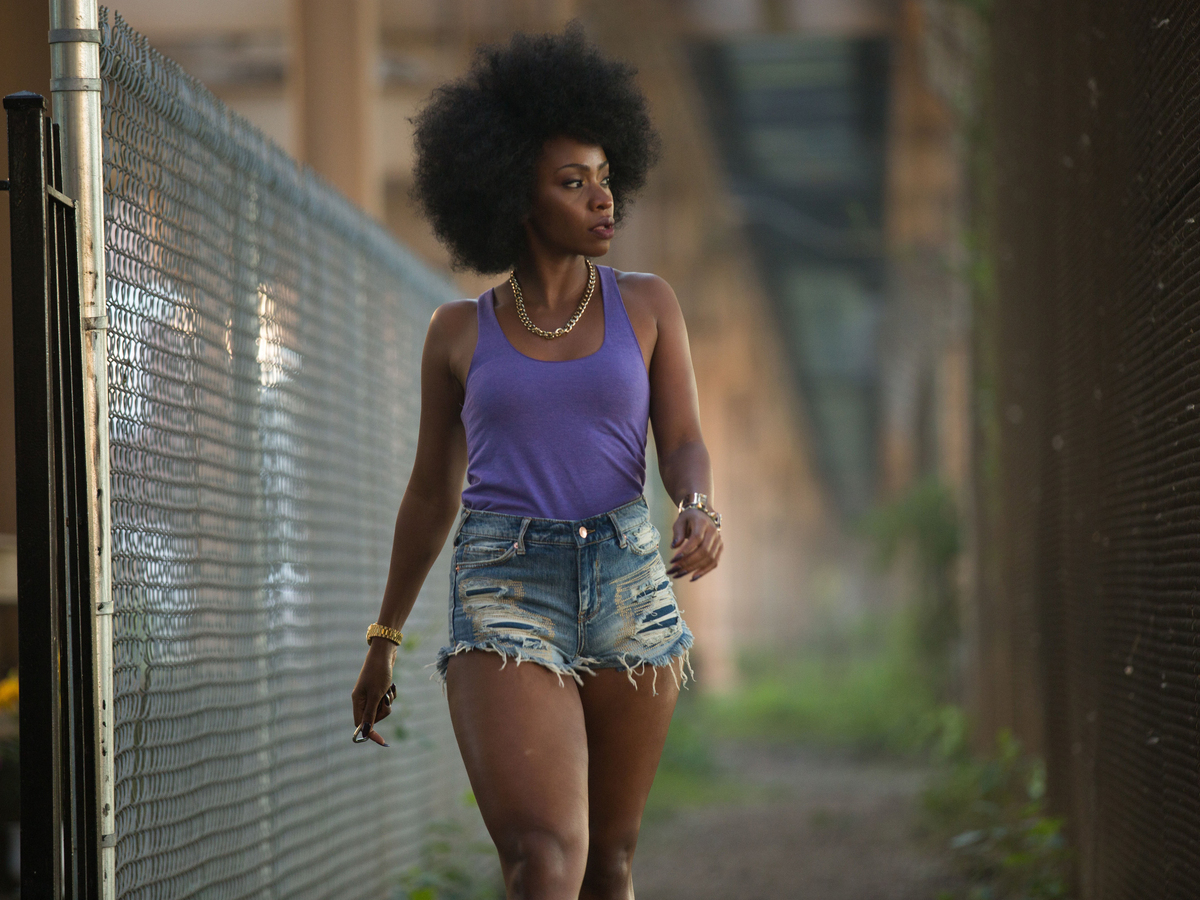 Spike Lee's latest, Chi-Raq, is designed to provoke: women in Chicago's south side go on a "sex strike" to curb gang violence, cribbing from Lysistrata, Aristophanes' comic account of the Peloponnesian War. Unsurprisingly, reactions are polarized. Detractors say it's exploitative, unfair, and sexist. Fans say it's sexy, visually riveting, and "not nearly as tone deaf about sociopolitical issues as Lee can be." We pulled together some of the more thoughtful takes to help you make sense of it all.

In an essay at the Atlantic, Ta-Nehisi Coates says Aristophanes' classic doesn't translate well in Englewood:

The "claim that 'sex-strikes' can somehow stem the violence in the inner cities is wrong. It is wrong morally, because it rests on the notion that women, as a class, are somehow responsible for the kind of socially engineered violence you find in cities like Chicago. But it is also manifestly false.

[Spike] Lee cited Liberian activist Leymah Gbowee in his comments, asserting that she'd won a Nobel Peace Prize for using a sex-strike to end violence in Liberia. It's certainly true that Gbowee received a Nobel Peace Prize and made incredible contributions in her country. It is also certainly false that sex strikes were the method by which she made those contributions. The sex strikes 'had little or no practical effect,' Gbowee has written. 'But it was extremely valuable in getting us media attention.'"

Over at the New York Times Magazine, writer Jason Harrington, who has spent a lot of time in black neighborhoods in Chicago, writes that Chi-Raq's portrayal of gang violence is an outdated fantasy:

Adapting a fifth-century-B.C. comedy to the streets of Chicago is bound to involve some artifice, and Lee is entitled to a degree of creative leeway. But he also wants us to "wake up" — that's the message burned into the film's closing frame, just as in Lee films past — and seriously address the realities of gang-related violence in Chicago.

I've spent a lot of time in Englewood and Auburn Gresham, the neighborhoods in which "Chi-Raq" is set, talking to scores of gang-involved people on the ground, both socially and while doing researching for a book. And from lifelong set-claimers to the violence-interrupters who work with them, the most common criticism I hear when it comes to portrayals of black Chicago gangs is the way they are shoehorned into this outdated, color-coded, Crips versus Bloods narrative — exactly the misconception that Lee's film helps perpetuate.

Some citizens of Chicago seem to have taken the film especially personally, and Englewood, the south side neighborhood where the film takes place, had a complicated relationship to the movie well before it hit theaters. After its release, Chicago Magazine's Chicagoan of the Year Chance the Rapper had this to say, also calling the film "exploitative" and "goofy":

As for Harris, her take on Chi-Raq is at least in part damnation by faint praise in a piece titled Chi-Raq Is Not Nearly As Tone-Deaf About Sociopolitical Issues As Spike Lee Can Be. She takes up a question at the heart of much "wariness, dubiousness, or furious side-eyes" over the film: does Lee address the structural problems that breed gun violence in places like Englewood, or does he decry "black-on-black violence" and call it a day?

"Thankfully, [Lee] hasn't completely gone the way of "pound cake"–era Bill Cosby; instead, Lee's satire attempts to indict American society as a whole for its hand in helping to create a place as dangerous as the South Side of Chicago . . .

There are many other references to systemic issues littered throughout—Eric Garner, Sandra Bland, and Ferguson all get shout-outs—but the most brutal takedown comes from Father Mike Corridan (John Cusack), who is based on Michael Pfleger, a social activist and priest for a mostly black congregation on the South Side. . . In it, he criticizes pretty much everyone—the politicians in the pockets of the NRA who allow for loose gun control laws, the white suburban kids who admire and buy into "thug" culture (via music, movies, etc.) from afar, the crooked real estate people and the prison industry that shield the black community from the hope of having a future. After all of this, he lands on the community itself, for keeping silent about the people they know are murderers out of fear of retaliation. It's frank, invigorating, emotional, sad—and it's the film's manifesto laid bare."

Reactions to Chi-Raq run the gamut, and for a film that takes on violence, race, sexuality, poverty, and governance, that's hardly unexpected. But in the spirit of satire, and out of respect for Spike Lee, Chi-Raq, readers of Code Switch, and the world, I would be remiss not to end this round-up with this gem from Creative Loafing's Matt Brunson:

It's a powder keg of a film from first frame to last,

Anchored by Lee's fury and a powerhouse cast.

As a priest, John Cusack has a tremendous scene,

Railing against killings both senseless and mean.

While Nick Cannon impresses with his bottled-up rage.

Blaring "Wake Up!" among his omniscient pleas.

Chi-raq is one of the best films of the year.