Accessibility links
From Bollywood To Hollywood: Shattering Stereotypes On The Silver Screen : Code Switch Priyanka Chopra is the first South Asian woman to play a lead in a network TV drama. She has an advocate in a venture capitalist who has made it her business to meld South Asian and U.S. pop culture.

Listen · 3:33 3:33
From Bollywood To Hollywood: Shattering Stereotypes On The Silver Screen 3:33 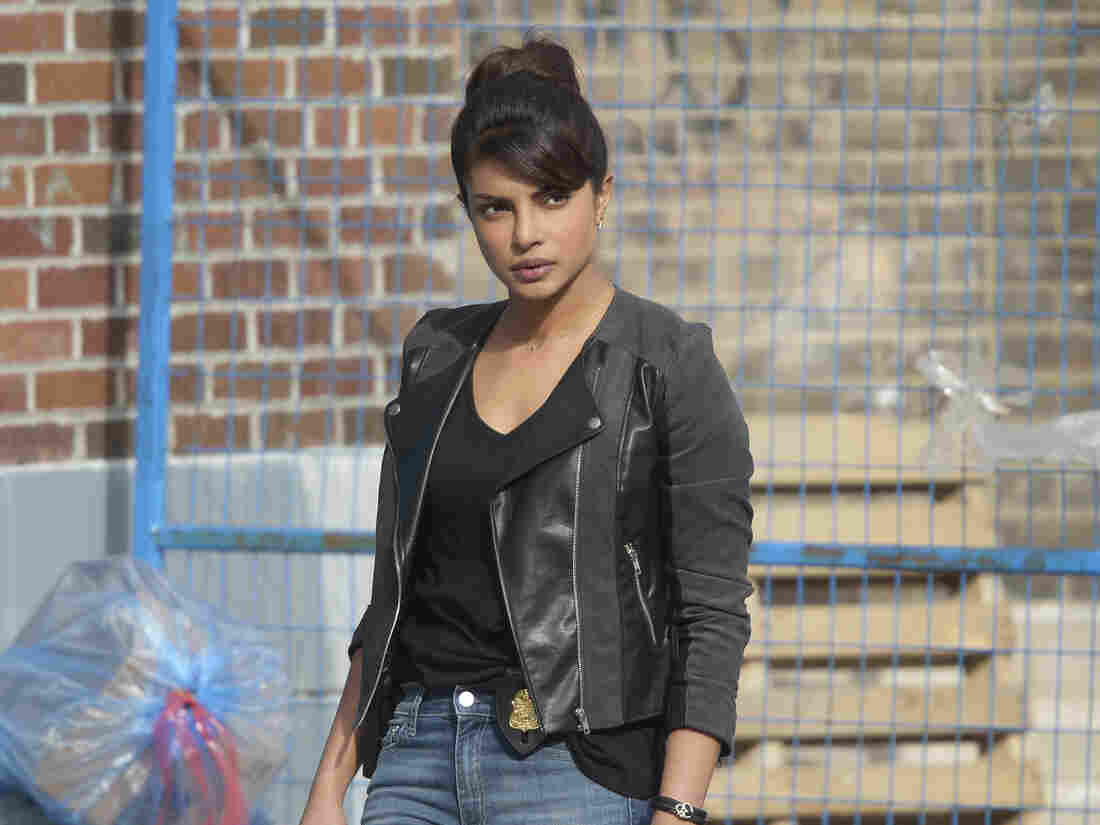 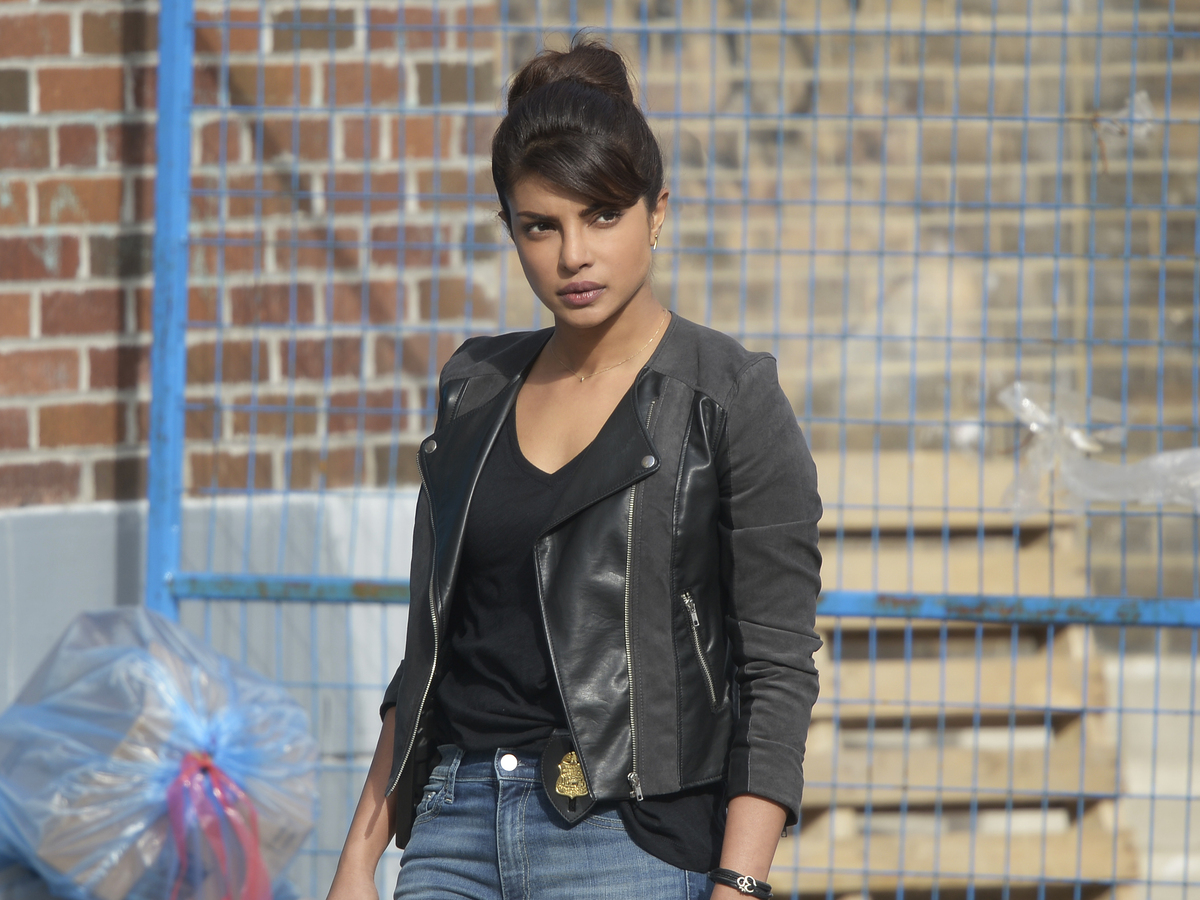 As the pilot episode for ABC's counter terrorism drama Quantico begins, one of the biggest stars in Bollywood is lying in the ruins of a bomb blast.

It's Priyanka Chopra, and she's playing Alex Parrish, an FBI trainee falsely accused of setting off the explosion. She's also making history as the first South Asian woman to play the lead in a network TV drama.

"The bomber knew exactly what they were doing," Chopra says as Parrish in a later episode. "They framed the brown girl."

But the story of how Chopra was able to make network television history starts with Anjula Acharia-Bath. She's a venture capitalist who built a business on the side melding South Asian and U.S. pop culture.

And by bringing one of east Indian cinema's biggest stars to American TV, Acharia-Bath had one goal.

"I wanted to change the world with this," she says. "I wanted people to see my people in a way that represented me."

"I grew up in a very racist neighborhood in England, there was zero diversity ... we were the only South Asian family for miles," she said.

"Kids would poke fun at me and they would, like, pick on me and they'd be like, 'I saw your people on TV. This is what you do. This is how you are.' It was just a really horrible experience. So literally I would be like – if there was something on TV, the next day I wouldn't want to go to school. And I would pretend to be sick."

That experience stuck with her. So many years later, Acharia-Bath developed a sideline company mashing up South Asian and U.S. pop culture, called DesiHits. 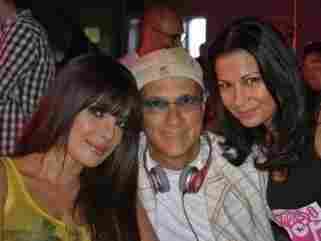 Working with Interscope Records co-founder Jimmy Iovine, she signed Priyanka Chopra to a record deal. They put the Bollywood star together with Miami rapper Pitbull for the single Exotic, which had lyrics in Hindi.

"That was big risk," Acharia-Bath says. "The whole hook was in Hindi ... We knew it would probably get rejected at radio ... but we did it because we thought it was cool and we loved the song."

Then came some good luck. Acharia-Bath met ABC executive Keli Lee at a dinner party. Lee had already pushed ABC to feature more diversity in its casts, so she worked up a plan with Acharia-Bath to bring Chopra to American TV.

But Chopra and Acharia-Bath insisted any TV role avoid stereotypes.

Joshua Safran is creator of Quantico. He says when Chopra auditioned, he had no idea she had made nearly 50 movies — Bollywood's equivalent to Angelina Jolie.

Chopra told the program Showbiz India that the role wasn't originally written for an Indian woman. They tweaked the character to make Parrish half Indian after Chopra was cast.

"When I got the part, we had a whole debate about whether we should change her name, make her more Indian," Chopra said. "I didn't want to change the character. I wanted to be able to act like Alex."

Some people may say such moves may "whitewash" the character and keep Alex Parrish from being culturally authentic (the show also notes Parrish spent 10 years living in Mumbai). But Acharia-Bath says the character is as authentically Indian as she is.

"There are some great shows that are very culturally specific ... but we really wanted a role anyone could play," she adds. "It wasn't about her race or color. Any woman could relate to her."

Quantico has been picked up for a full season by ABC and earns solid ratings, leading up to its winter finale Sunday. Acharia-Bath says the show's success proves network TV has only begun to tap the potential of non-white stars.

"South Asians make up one-fifth of the world's population," she adds. "These shows play in the U.K., Canada, India, the Middle East. Diversity pays. That's the bottom line."

No one knows that better than Acharia-Bath, a venture capitalist who says doing the right thing can also be the profitable thing.