Accessibility links
Film Portrays A 'Perfect Storm' That Led To Unwanted Sterilizations For Many Latinas : Code Switch About 40 years ago, Consuelo Hermosillo went to the hospital for an emergency cesarean section. Against her will, she left unable to have more children. No Más Bebés airs tonight on PBS.

Listen · 6:05 6:05
Film Portrays A 'Perfect Storm' That Led To Unwanted Sterilizations For Many Latinas 6:05 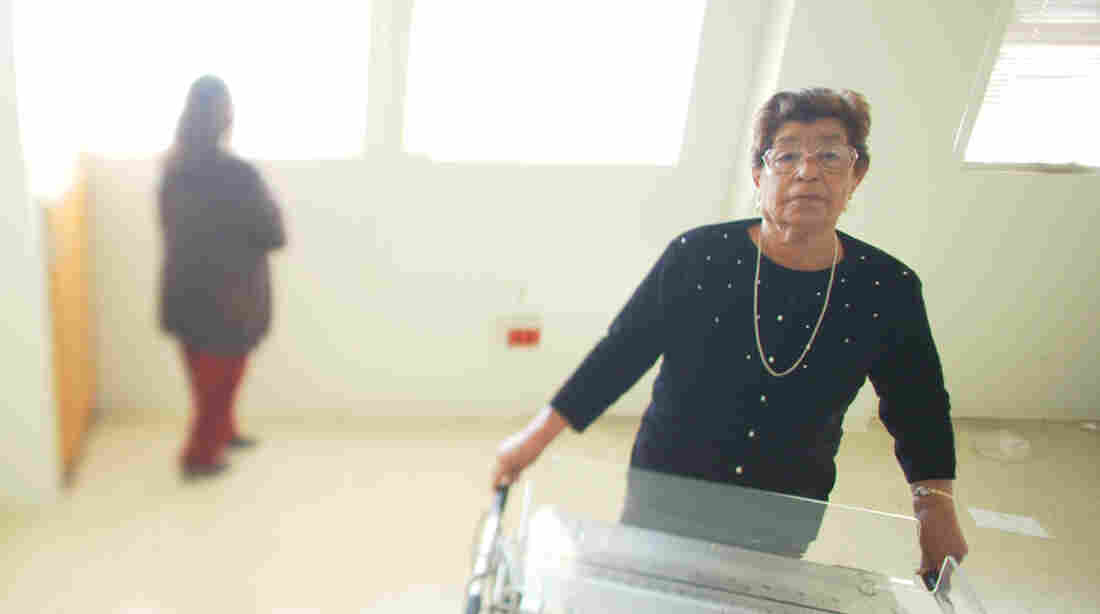 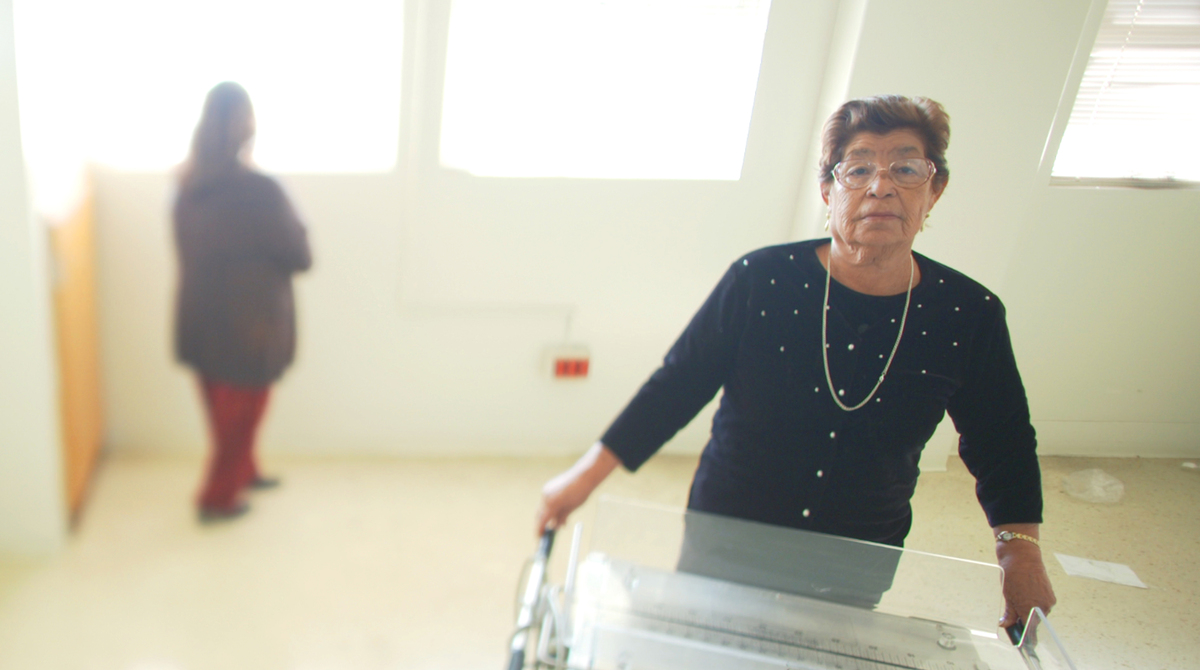 Carolina "Maria" Hurtado in the now abandoned maternity ward of the Los Angeles County-USC Medical Center, where she was sterilized four decades ago.

About 40 years ago, when she was 24, Consuelo Hermosillo had an emergency caesarean section at Los Angeles County-USC Medical Center. In the new documentary No Más Bebés, she recalls asking her doctor what type of birth control she should use going forward.

No Más Bebés (No More Babies), which airs on PBS on Feb. 1, tells the story of how 10 immigrant Mexican women, Hermosillo included, sued LA County doctors, the state and the U.S. government in 1975 for allegedly violating their civil rights. The women's cases were similar. Each had an emergency cesarean section and each said she was either unaware that she signed for a tubal ligation or was told by a medical professional that not signing for one could mean death for her and her unborn child.

No Más Bebés examines how the lawsuit, Madrigal v. Quilligan, came to be, how questions of informed consent — or lack thereof — and coercion played into the case, and how the collision of various societal issues resulted in stories like Hermosillo's.

No Mas Bebés, which airs on PBS on Feb. 1, tells the story of how 10 immigrant Mexican women sued Los Angeles County doctors, the state and the U.S. government in 1975 for allegedly violating their civil rights.

"When you're a filmmaker, the easiest thing to do is make a film about the good guys and the bad guys, the heroes and the villains," says No Más Bebés director Renee Tajima-Peña. Tajima-Peña says she and co-producer Virginia Espino, a historian who wrote her dissertation on the case, wanted to tell a multilayered story, one that revealed how even the best intentions could do harm.

Tajima-Peña and Espino explore the roles played by federally funded family-planning programs; a growing popular movement to curb population growth that attracted both environmentalists and anti-immigration proponents; doctors fresh out of medical school working in under-resourced maternity wards; cultural misunderstandings; and the popular belief that poor women who need public assistance should abstain from having children.

Taken together, these factors created what Tajima-Peña calls a "perfect storm" resulting in the sterilization of thousands of vulnerable women across the country in the late '60s and early 1970s. She and Espino say their goal was to document a history that continues to repeat itself — they point to nearly 150 women sterilized in California prisons between 2006 and 2010 as the most recent example.

In telling this history, the film highlights the role played by the Family Planning and Population Research Act, which Congress passed in 1970 allocating millions for family-planning purposes. That money went to fund contraceptives, education, research and training. "You've got money for family planning programs, which were good programs and provided contraceptives for women who couldn't afford it," says Tajima-Peña. Congress also lifted a ban on federal funding for sterilization, so hospitals that provided the indigent with medical care, like Los Angeles County General Hospital, could apply for government money to perform tubal ligations.

Meanwhile, lobbying efforts in Washington, fueled by a fear of overpopulation gripping the nation, led to yet more funding for family planning programs. Inspired by the popularity of biologist Paul Ehrlich's best-selling 1968 book, The Population Bomb, which predicted that at some point in the 1980s, overpopulation would make it impossible for the planet to support humanity, members of the "zero population movement" worked to convince the public that having children was a very bad idea. Some went so far as promoting the sterilization of women deemed to have had too many. (They also called for a dramatic reduction to immigration.)

In No Más Bebés, California politician Gloria Molina, who was active in the Chicana feminist movement in the 1970s, says the idea of a waiting period was "totally offensive" to white feminists, who, she says, pushed for sterilization upon demand. "They weren't taking into account that if you were Spanish-speaking, and if you don't speak English, you were being denied a right, totally," Molina says in the film.

And then there was the long-held stance, still popular today, that poor women should not have children they can't afford to support, especially poor women of color. For decades, Puerto Rican women had been subjected to sterilizations at various points as a way to combat astronomical unemployment and poverty on the island; a 1965 survey found that a third of Puerto Rican mothers living on the island at the time had been sterilized. Native American women were sterilized at the hands of the Indian Health Service in the 1970s. Poor African-American women on government assistance were also sterilized across the country during that time period. A particularly damning case, brought two years before Madrigal v. Quilligan, involved two black sisters sterilized at ages 14 and 12 in Alabama.

So, to recap: You had a surge of federal money for sterilizations, mainstream feminists calling for easier access to them, a fear that overpopulation would soon destroy the planet and the fear that poor women were burdening the country with children whom taxpayers would need to feed, clothe and educate. This nexus of events — and the consequences, intended and unintended, that followed — is the knot that No Más Bebés tries to untie.

"Why were they doing it?" Consuelo Hermosillo, one of the 10 plaintiffs in Madrigal v. Quilligan, asks on camera at one point in the film, nearly 40 years after her sterilization at LA County General. "I always keep these questions with me, and I never get those answers," she says.