Accessibility links
American Muslim Women Explain Why They Do — Or Don't — Cover : Code Switch For an American Muslim woman, deciding whether or not to wear the headscarf — or hijab — isn't a choice to be taken lightly. 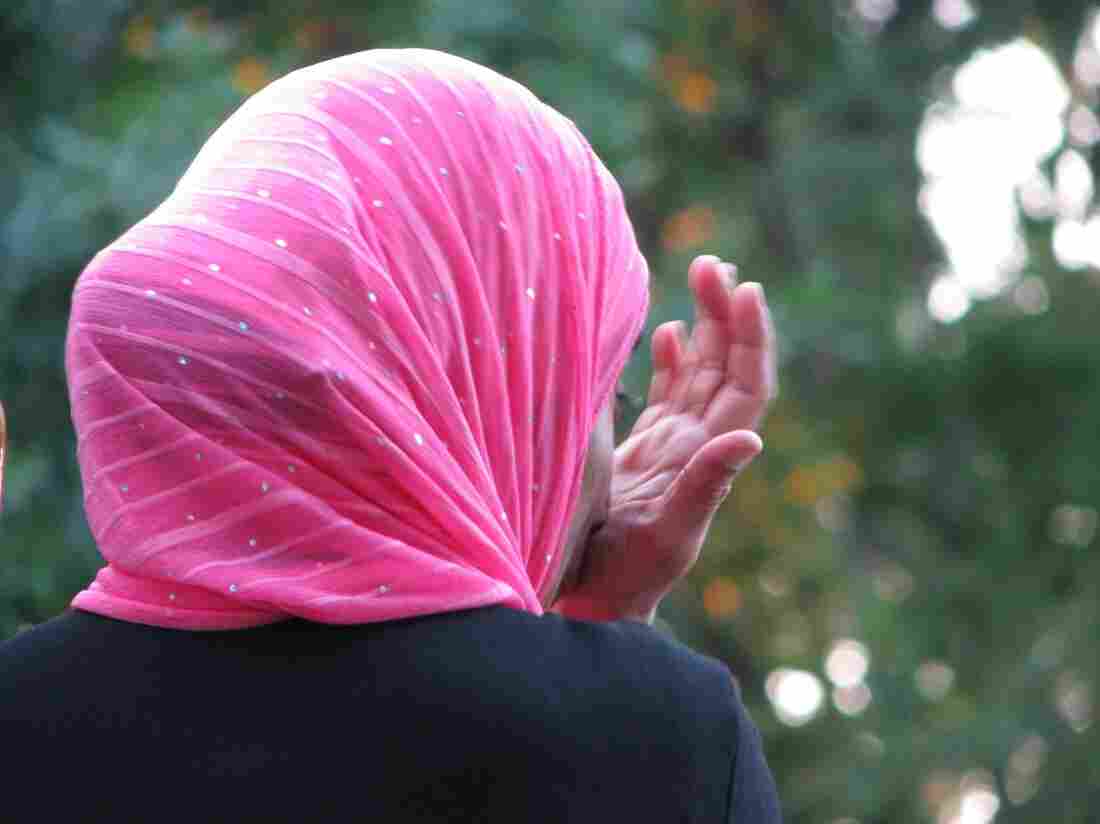 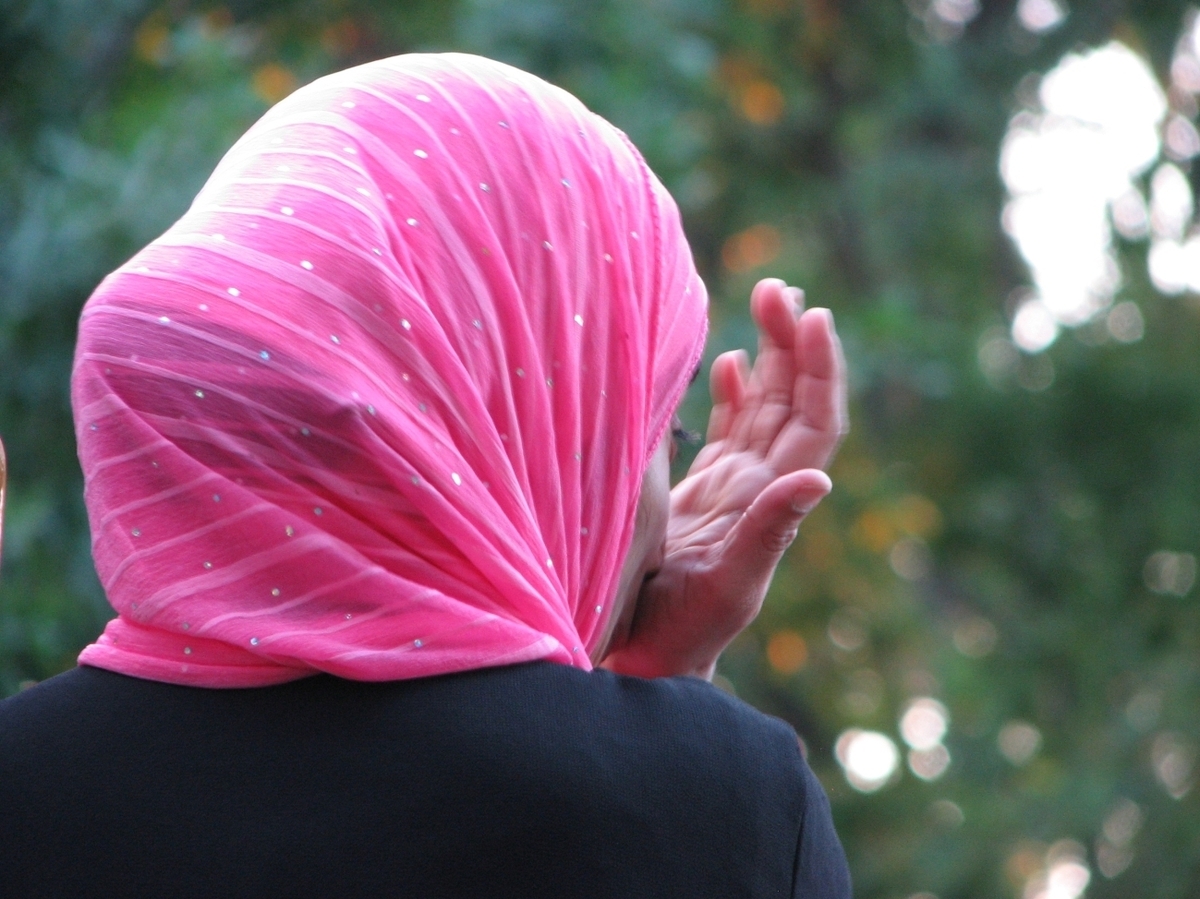 Editor's note: A previous version of this piece was published prematurely and contained a number of errors and mischaracterizations of Tom Gjelten's original reporting. We have corrected this post.

For Muslim women, a headscarf — or hijab — is a visible sign of their faith and identity, and whether to wear one is a big decision. The recent decision by a Christian college professor to don a headscarf out of solidarity with her Muslim sisters highlighted the hijab question, at least for non-Muslims. For Muslim women themselves, especially in the United States, it was an old story.

"Before I wore hijab, making friends with people who weren't Muslim was a lot easier," says Maryam Adamu, who was born in North Carolina to immigrants from Nigeria. Before she began wearing a headscarf three years ago, people didn't know she was Muslim — until she told them.

"I, like, Trojan-horsed my Islam," she says, laughing. "Like, 'You're already my friend. I know you like me. Now you know I'm Muslim, and you're going to learn about this faith.' " Once she started wearing a headscarf, she encountered a social obstacle she hadn't seen before. "Now, I have to work a lot harder to get into people's lives who aren't Muslim," she says.

For some women, that can be a burden. Asma Uddin, born in Miami to Pakistani parents, is devout in her religious beliefs, but she stopped wearing a headscarf when she found it interfering with her work as a lawyer.

"I was tired of being a political spokesperson for my faith," she says. "I felt that I should be able to put that away, and wearing a headscarf in public doesn't give you that luxury. I was tired of trying to prove that Muslim women in headscarves are also empowered, [by saying] 'Look at me. I'm working in a white-shoe law firm with a headscarf on.' Uddin is a now a staff attorney for the Becket Fund for Religious Liberty.

The hijab question took on new significance in the aftermath of the decision by Wheaton College professor Larycia Hawkins to wear a hijab out of sympathy for Muslim women who feel marginalized by their headscarves. Soon after that, Asra Nomani, who describes herself as a Muslim reformer, co-wrote a provocative op-ed in the Washington Post asking non-Muslim women not to wear headscarves, even in solidarity, because in her judgment it stands for "an interpretation of Islam we reject."

"The headscarf has become a political symbol for an ideology of Islam that is exported to the world by the theocracies of the governments of Iran and Saudi Arabia," she told NPR.

The commentary provoked an outcry among "hijabi" Muslim women in the United States, many of whom bristled at the suggestion that wearing a headscarf signals their submission to a conservative Islamic ideology.

"I support women who choose to wear it [and] who choose not to wear it," says Yasmin Elhady, a civil rights attorney who was born in Egypt and raised in Alabama. "I don't believe that anyone should comment on why women should wear it or shouldn't wear it. I think that if women want to wear it ... we should be supportive of them."

The controversy over Nomani's commentary was reinforced when the New York Times last month hosted an online debate on the question, "Do Non-Muslims Help or Hurt Women by Wearing Hijabs?" with Nomani's viewpoint included.

Dalia Mogahed, born in Wisconsin to parents from Egypt, didn't even like the question. As research director of the Institute for Social Policy and Understanding, she focuses on the American Muslim community.

"Some Muslim women wear hijab, some don't, and it's just not an issue," she says. "It's a non-issue. But then you have one person write an engaging article, and suddenly it's a debate that we're supposed to be having, [a debate] that we are not having."

In the original version of this post, which was based in part on Tom Gjelten's reporting but mistakenly published without his prior input, some incorrect conclusions were reached. For instance, the post asked whether non-Muslim women who choose to wear the hijab get the same support for their decisions as Muslim women. The post stated that "some women" believe non-Muslim women should not wear headscarves to show solidarity with Muslims women. Gjelten's reporting did not explore those questions. He has now updated the post to mirror his reporting.

The post also incorrectly stated that Asma Uddin was born in Pakistan.