Accessibility links
America Is Obsessed With Identity. Thanks, Obama? : Code Switch In this final year of the Obama administration, Code Switch will investigate "The Obama Effect" on identity and culture. 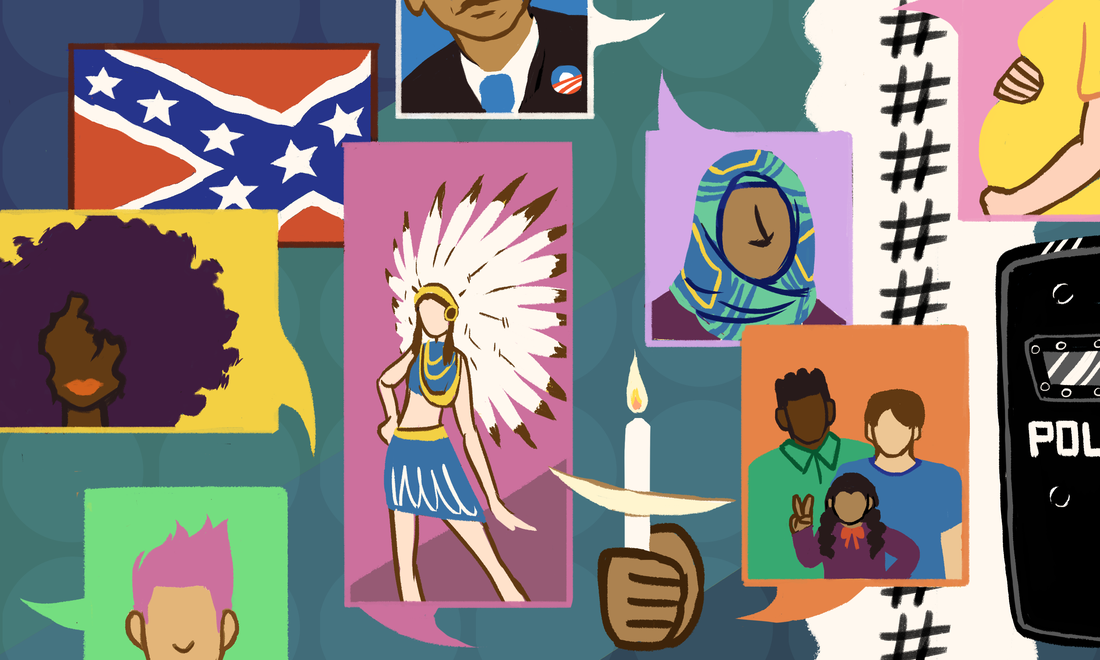 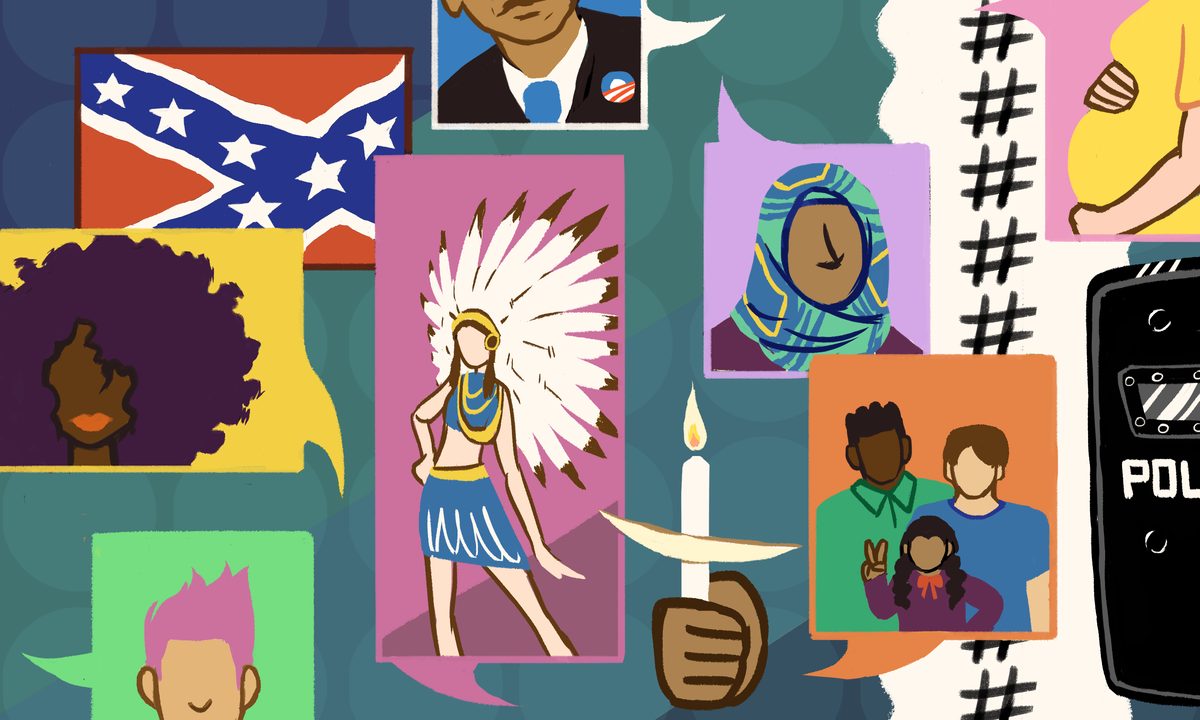 When Barack Obama won the presidency in 2008, there was a lot of talk about "The Obama Effect": how the nation's first black president signaled a new era of racial harmony and understanding.

That didn't happen. But what did? The Obama family's tenure in the White House has overlapped a revolution in the way Americans deal with identity. From race to religion, from gender to sexual orientation and beyond, marginalized groups that historically worked and waited for "a seat at the table" increasingly demanded their share of cultural power.

And people who once assumed that they could define what it means to be American were called on to defend their ideas and "check their privilege."

Conversations that were once whispered behind closed doors broke out into the open in the halls of Congress, college campuses and on city streets, in hashtagged Twitter chats and Facebook threads, blockbuster TV shows and pop anthems. Those changes weren't limited to the public space. In our workplaces, schools and homes, questions about identity challenged and transformed the most intimate aspects of our lives.

So what did the Obamas have to do with all of this? Did having a black president in the White House — one with his own, complicated story of identity — change the rules about who belongs where in our society? Did having Michelle Obama as first lady force new discussions on femininity, race and class? And did the extended Obama family — which includes whites, Africans and Asian-Americans — push the rest of us to consider what the future of the American family may look like?

Or did something else spark all this conversation — a generational shift, changing demographics and economics, the dramatic rise of social media as a cultural force? Would we be having these conversations regardless of who took the oath on Jan. 20, 2009? Or did the presidential election of "a black guy from the South Side of Chicago with a funny name that nobody can pronounce" — as Obama has jokingly referred to himself — strike this match?

Join the Code Switch team for a Twitter chat about "The Obama Effect" by following the hashtag #NPRObamaEffect this Friday, Feb. 19 at 1 p.m. Eastern.

In this final year of the Obama administration, Code Switch investigates "The Obama Effect" on our ongoing national conversations about identity. We'll explore what this effect is (or isn't) and whether it endures after this presidency ends. The series will ask the tough questions — the kind without easy answers — about how this era has changed the way we view ourselves and each other.

Have we gained a new appreciation for diversity, or lost a shared set of ideals that united the country? Are we more divided, or more aware of the divisions that have always existed? Have we developed a language to celebrate our unique individual stories without diminishing or disrespecting the experiences of others? And was President Obama a catalyst or a bystander, a beneficiary or a victim?

We'll explore how these tensions have played out everywhere from pop culture to academia, from neighborhoods to families. We'll feature some of the boldest writers and thinkers on race and identity in this series, on the air and online. And we're inviting our listeners, readers and followers to participate.

We're starting with an inaugural Twitter chat in a couple of days. We want to know how the way you and the people close to you talk about race and identity has changed since 2008. Are you identifying yourself differently in any way? Have you changed the way you talk or think about identity — your own or someone else's? If you're a person of color, are you fielding more or fewer questions about your race? If you're white, do you have a new understanding about the role race plays in your own experience? What, if anything, do you think President Obama has to do with all of this?

Join the Code Switch team by using the hashtag #NPRObamaEffect this Friday, Feb. 19 at 1 p.m. Eastern.