Accessibility links
Did Obama Inspire A Big Debate On Identity? You Weighed In : Code Switch As President Obama wraps up his time in office, we take a moment to look around and see how his presidency has changed us and the way we see each other.

Did Obama Inspire A Big Debate On Identity? You Weighed In

Did Obama Inspire A Big Debate On Identity? You Weighed In 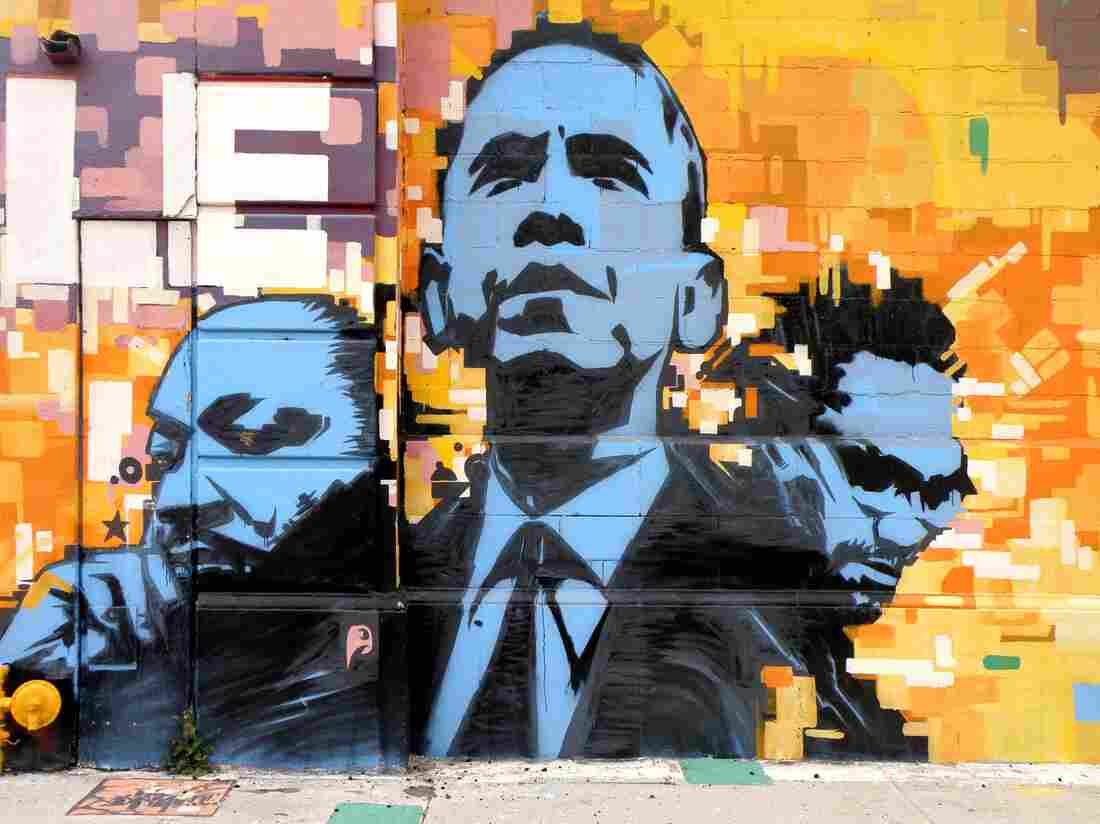 In what ways has Obama's presidency altered the landscape of the United States? Laurie Avocado/Flickr Creative Commons hide caption 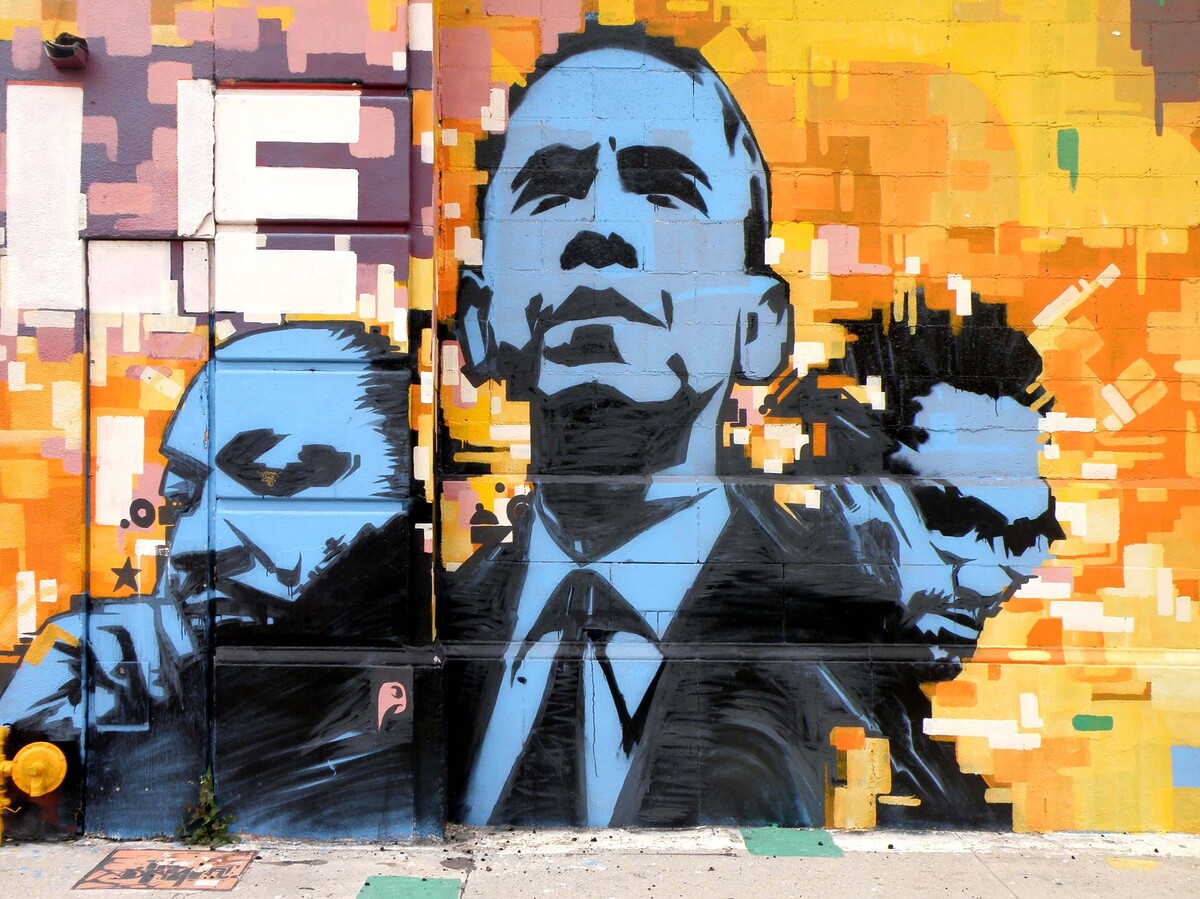 In what ways has Obama's presidency altered the landscape of the United States?

Last week, Code Switch raised the curtain on "The Obama Effect," our quest to understand what the nation's first black president has to do with the big national conversations on identity and inclusion swirling in full force right now.

That quest began with you. On Friday, we took to Twitter with the hashtag #NPRObamaEffect and asked you to weigh in: If somebody else had come into office on Jan. 20, 2009, do you think we'd be having all these conversations about identity? Has the way you identify yourself as a person of color — or as a white person — changed over the last eight years? Have your personal politics around race shifted post-Obama?

Some people said yes, but weren't lining up to credit Obama:

.@GeeDee215 Who doesn't change how they see themselves over 8 years, regardless of the president? #NPRObamaEffect

Many others seemed to think that Obama's presidency has changed the country's landscape in some important ways, even if the changes didn't come from any specific action:

@GeeDee215 the reality of BO - rather than his political focus- gave us a common, unavoidable thing that u had to process #NPRObamaEffect

The Obama Effects that you all identified spanned a range of topics, but we noticed a few categories in particular that seemed to have gotten a lot of attention. Some of you noted that Obama's presidency opened up opportunities for people to talk about race, period:

#NPRObamaEffect reignited a conversation that many in America thought had ended, or at the very least had been silenced.

A lot of people went further, saying that Obama hadn't just created space for these discussions, his personal identity allowed for a sense of nuance that previous conversations had been lacking:

@GeeDee215 Once more amorphous, #NPRObamaEffect has made it easier to identify & gauge the depth and severity of US racial blind spots

nope. not on as large of a scale. obama forced us to add nuance to our convos about race. #nprobamaeffect https://t.co/7tmrgBjOoV

Groups that had felt invisible suddenly weren't so invisible anymore:

Before he came in, no one young, black & gay was getting published in mainstream publications about race & sexuality #NPRObamaEffect

@GeeDee215 And Obama has forced people to change their views of what Americans look like/where they come from. #NPRObamaEffect

This seemed particularly salient for multiracial folks. Some saw Obama's mixed racial identity as a chance to more fully embrace their own:

@GeeDee215 I feel like there's a little more space/recognition/understanding for those of us who are mixed now. #NPRObamaEffect

I'm about Obama's age and consider myself black and Latino. Sometimes I tell the (still) confused "I'm like the president." #NPRObamaEffect

Others experienced the opposite:

I've def id'd more strongly as black vs biracial during his tenure. His treatment removed all illusions I had about that #NPRObamaEffect

We talked about how the Obama family's tenure in the White House relates to feminism, respectability and visibility:

And we speculated about what all this means for the future:

@catchatweetdown I wonder if there will be less focus on race & politics after Obama is out of office. #NPRObamaEffect

Have you thought more about how you will raise your children in light of these changes? #NPRObamaEffect https://t.co/3O5W6GVjAo

I wonder if I'm preparing my kid for the America I grew up in instead of the America he'll inherit #NPRObamaEffect https://t.co/nwz15J6msl

I hope public discussions about identity continue to take place with authenticity. Not commodified into memes & one liners #NPRObamaEffect

It's clear that there's a lot to sort through, and this is just the beginning. We hope that you'll keep your eyes open for The Obama Effect and keep weighing in on Twitter with the hashtag #NPRObamaEffect.