Accessibility links
Restored 'Race Films' Find New Audiences : Code Switch Some of the earliest movies by African-American filmmakers from the 1910s through 1940s languished in film archives over the years on poor-quality film prints. Now some have been digitally restored.

Cathryn Caviness plays the spirit of a dead woman in a scene from a remastered version of Spencer Williams' 1941 film The Blood of Jesus.

It's nearly impossible to see some of the earliest movies by African-American filmmakers. Many have been lost or destroyed. Those that have survived are often held by private collectors or stored away in old film archives.

More than a dozen of those movies, though, are now part of a film restoration project — Pioneers of African-American Cinema — by independent film distributor Kino Lorber.

The project focuses on a genre called "race films" — movies made after World War I and through the 1940s by black filmmakers with mostly black casts for black audiences. These films tried to uplift the image of African-Americans and contradict the racist stereotypes in D.W. Griffith's The Birth of a Nation, a blockbuster after its release in 1915.

Paul Robeson and Julia Theresa Russell star in this scene from a remastered version of Oscar Micheaux's 1925 film Body and Soul.

Many race films exist today only as fragments of decomposing film strips. Some of the few film negatives and prints that are still intact are in an underground vault in Culpeper, Va., where the Library of Congress stores almost 140,000 cans of highly flammable nitrate film shot before 1951 — including The Birth of a Nation's original negative.

"Film is a physical artifact. It can fade. It can shrink. It can crumble to dust in less than a lifetime, and it's a race against time around here," explains Mike Mashon, who heads the moving image section of the Library of Congress. "It's genuinely a miracle that those [race] films survived."

A 'Long History' Behind The Camera

More than 30 companies were producing race films at the height of their popularity during the 1920s. One of the most prolific filmmakers to emerge, Oscar Micheaux, was the son of former slaves. After working as a Pullman porter, he homesteaded in South Dakota and published novels before he wrote, directed and distributed almost 40 movies in three decades. One of his first silent films, Body and Soul, featured the silver screen debut of Paul Robeson, who played an escaped convict pretending to be a minister. 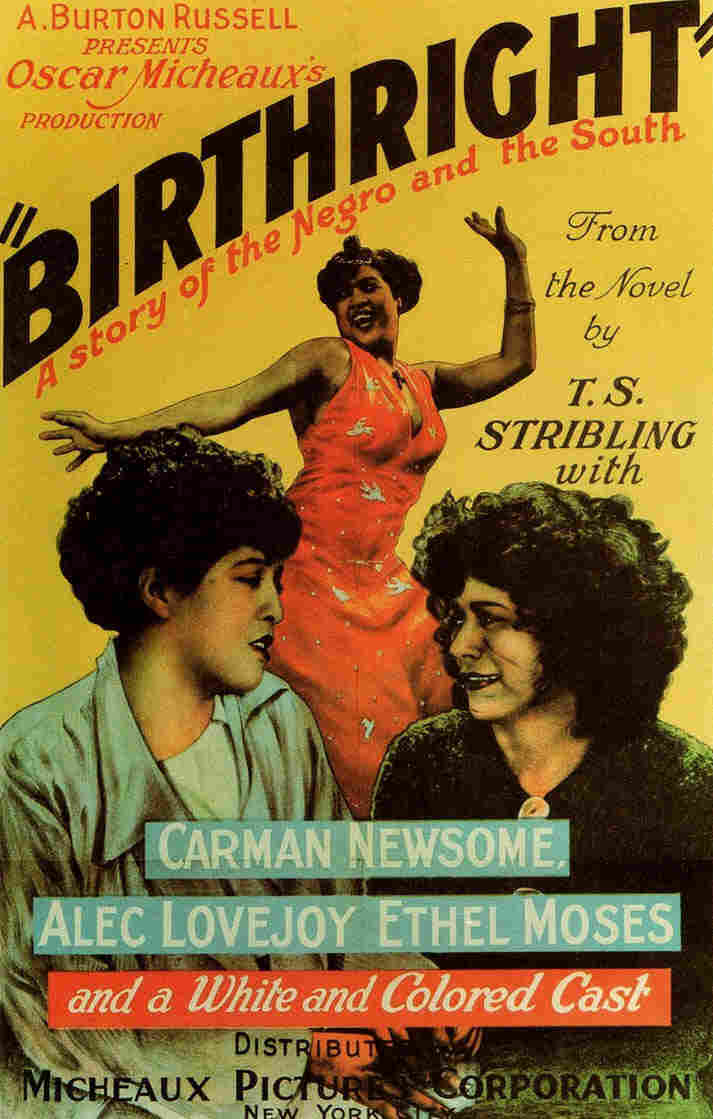 The first scenes of Oscar Micheaux's 1939 remake of his silent film Birthright have been lost for years. Courtesy of Kino Lorber Inc. hide caption

"This race film material presents an extremely important chapter in the long history of African-American participation behind the camera," says Jacqueline Stewart, a film professor at the University of Chicago who helped curate the films in the restoration project.

Micheaux and other race-film directors worked outside of Hollywood, forging indie filmmaking at its earliest stages with low budgets.

"Audiences chuckled at the time," Stewart says. "They would giggle because the acting was so bad. The editing seemed so rough. You know, the quality of the film stock doesn't seem to be all that clear, crisp."

One of Stewart's favorite films in the project is The Blood of Jesus, a 1941 film that was rediscovered in a Texas warehouse in 1983. Actress Cathryn Caviness plays Sister Martha Ann Jackson, a churchgoing black woman in the South who is fatally shot after her husband's rifle falls to the floor and goes off by accident. Her spirit wavers between following an angel to heaven or an agent for Satan to hell, which looks like a jazz club in the city.

Stewart says the film's writer-director — Spencer Williams, who went on to play Andy in the 1950s TV series Amos 'n' Andy­ -- touched on a debate within the black community about city versus country living. "We get this kind of allegory of black urban migration and the dangers that urban life presents and the need to hold on to a certain kind of spiritual center," she says.

The restoration project added new sequences to Micheaux's 1939 remake of his silent film Birthright. The first two of the film's nine reels have been missing for years. To replace about 20 minutes of those missing first scenes, restorers have added new title cards to introduce the story of Peter Siner (played by Carman Newsome) — a young black man who graduates from Harvard University and returns home to the South to build a school for African-American children. 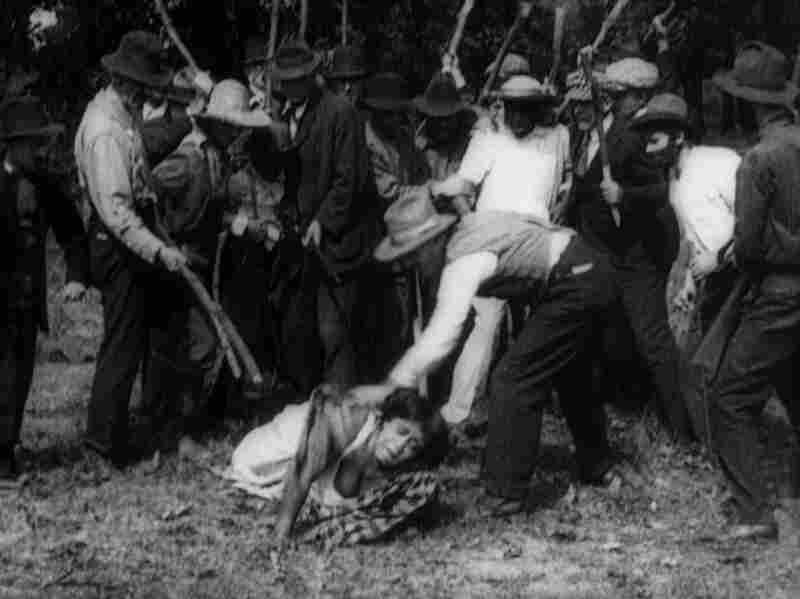 Oscar Micheaux staged a realistic lynching scene in his 1919 film Within Our Gates, which some film scholars believe was made in response to D.W. Griffith's The Birth of a Nation. Courtesy of Kino Lorber, Inc. hide caption 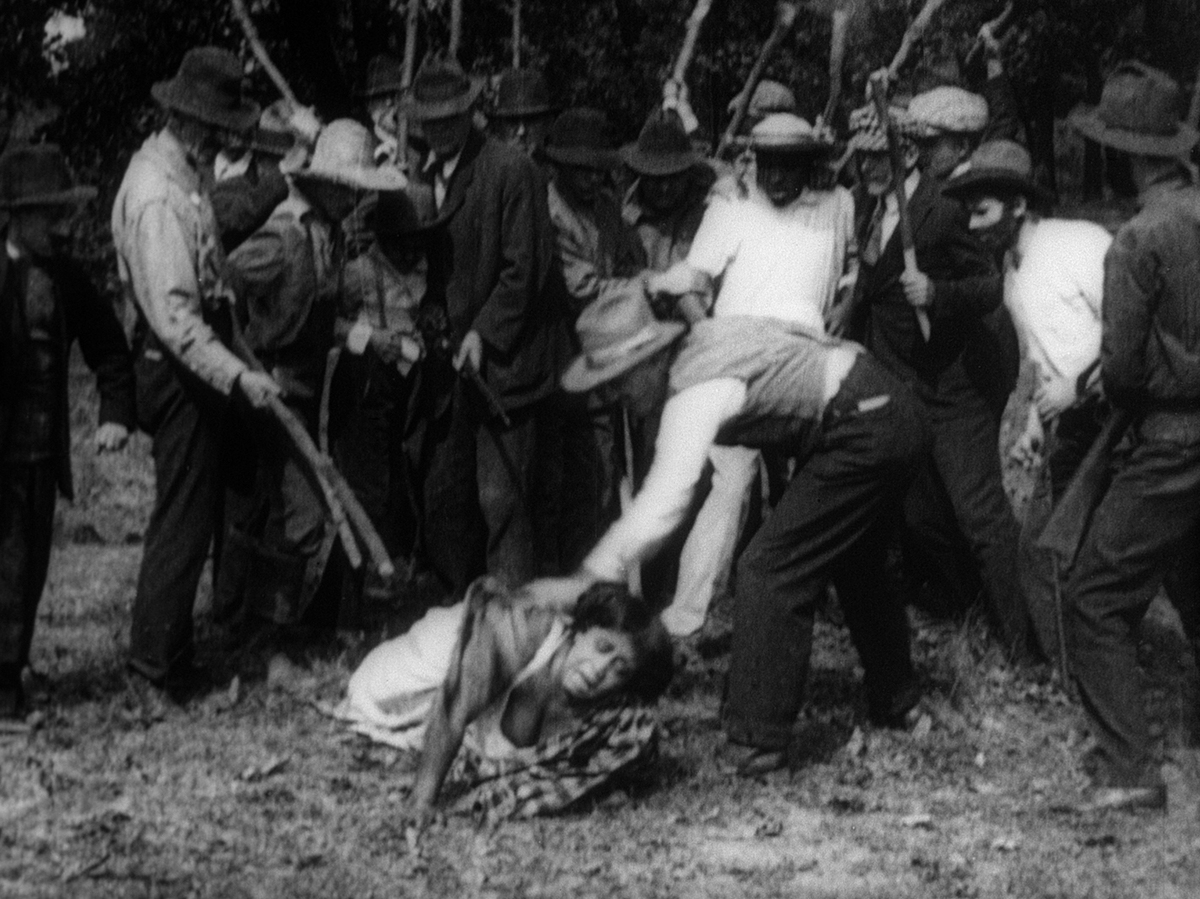 Oscar Micheaux staged a realistic lynching scene in his 1919 film Within Our Gates, which some film scholars believe was made in response to D.W. Griffith's The Birth of a Nation.

New scores have been commissioned for the silent movies, including Micheaux's Within Our Gates. The new soundtrack aside, restorers plan to restore the 1919 film closer to Micheaux's original vision. One of the shots in a lynching scene was upside-down originally, according to Charles Musser, a co-curator for the collection who also teaches film at Yale University. But he says previous film restorers who worked on the film turned it right-side up.

"They thought it was a, quote, 'mistake.' But Oscar Micheaux's mistakes are never mistakes," Musser explains. "This is a moment when, in fact, the world is turned upside down. He shows that by turning the shot upside down. See, now that's like brilliant filmmaking."

It's filmmaking that should not stay sitting in film archives, according to Paul Miller, also known as DJ Spooky, the project's executive producer.

'Birth Of A Race': The Obscure Demise Of A Would-Be Rebuttal To Racism

"It's a shame that it's taken almost 100 years to get these films back out," says Miller, who also composed new scores for Within Our Gates, Body and Soul and other silent films. "They should be well-known, and they should be part of the basic premise of early American cinema, period."

Four race films, including Birthright and Williams' 1946 film Dirty Gertie from Harlem, U.S.A., are returning to the big screen at New York City's Film Forum for special screenings on Sunday and Monday. The entire collection of restored race films will be available for streaming online and as a five-disc set in July.