Accessibility links
K.A.A.N. Is The Answer To All Of Your Rap Desires : Code Switch If you enjoy rap, allow Brandon Perry, aka K.A.A.N., to make your day. 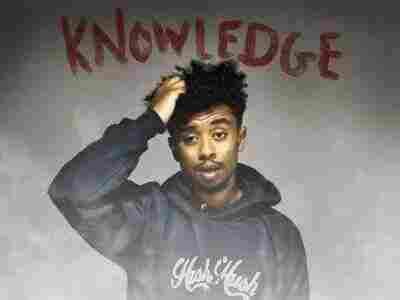 In the 10 months since, Perry has only gotten crisper. If you don't believe me, check out this clip from "Rap God rmx," his take on the Eminem original:

Did you catch that? Neither did I, the first fifty times I listened, but that's just fine. It's one of those magical stretches that combines everything that makes good rap so fun to listen to: rhythm and rhyme, wordplay and style, storytelling and signifying, to borrow criteria from Adam Bradley's "Book of Rhymes: The Poetics of Hip Hop."

Perry's lyrics get serious, taking up issues like mental health, politics, history, and religion, but he's also a master of super goofy, intensely satisfying posturing. Try not to smile as you watch the video for "Kaancepts," where he bops around in a Georgetown jersey spewing a series of math puns that culminate in "I haven't even touched on the square roots of my averages, the 3.14 pi divided with savages." Musically, he plays with a range of styles, rapping over Mozart's Lacrymosa in "Work" and sampling "Hotel California" in "The Eagles."

"If y equals mx plus me, then I must be an MC that's obscene!"

His website talks about hip hop being a voice for the voiceless, so I asked Perry who he's trying to represent. "There are a sect of kids that are not feeling trap rap and they're not feeling drinking cough syrup and getting high, popping a Xan and getting high," he says. "I feel like there's a lot of introspective, artistic kids...So I kind of want to speak to those kids that have talents and abilities, [but] they're just too insecure and too self-conscious to actually act on those things."

Take "Antidope," a song about reinventing oneself. It's Perry's twist on Travis Scott's blow-up single "Antidote." Compare the opening lyrics of the original ("Don't you open up that window/Don't you let out that antidote/Poppin' pills is all we know/In the hills is all we know,") to Perry's version: "Lately I haven't been sleeping. I'm terrified that I'm falling off. I've been secluded, ashamed that I lost it. Forgiving myself is a daunting task. Now I'm revising the vision. Slow down the rhythm, it's easy to listen." 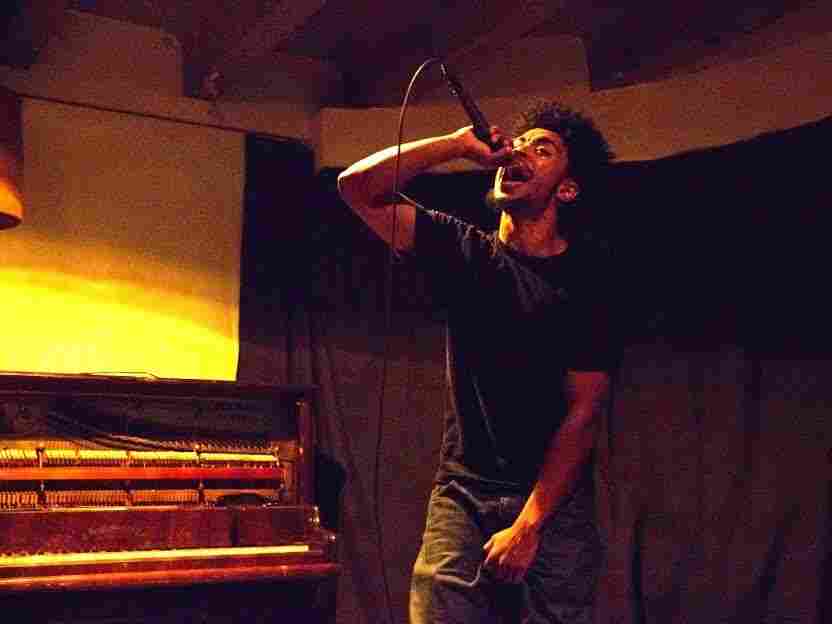 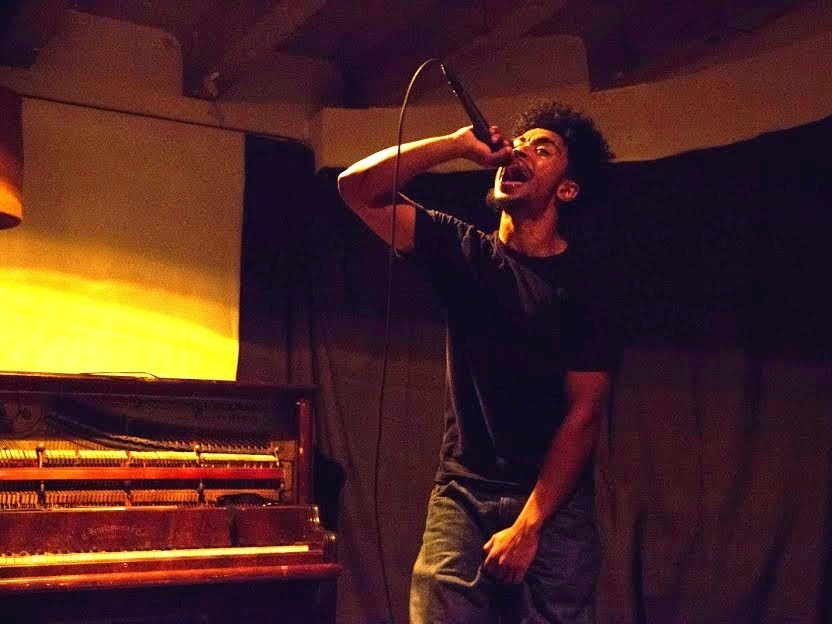 I asked Perry what role racial identity plays in his music. "I'm obviously a younger black man," he says, "so that stuff is definitely in the back of my mind....All that stuff we're seeing nowadays with police brutality and racism and bigotry that we've always seen in this country, it's always in the back of your mind...I feel like if you're born black it's kind of like it comes with the territory. You've gotta know what's going on around you and what situations you're in. But in terms of me writing, I don't feel like I speak for anyone. I don't speak for young black men or black people. I speak for myself."

In "Real," Perry reflects about how some of those instances of racism and brutality affect his own mentality, as well as how he sees members of his community responding. He wraps up the last verse with this kicker: "You act like this brutality has not happened for ages. There ain't no turning of pages, instead I'm setting the scene. Out in Texas they'll f------ murder you for traffic infractions, violating your civil liberties and all of your rights. If you don't understand the law then you could call it a night. Getting harassed and on your ass and then they taking your life. But this reality is feeling very nightmare-like. I said it's all the same thing from Sandra to Rodney King."

Perry's fan base isn't huge yet, but his supporters are ride or die. It's not unusual to see someone share their cell number on one of his Soundcloud tracks, and his Twitter followers can get a tad heady ("SLEEP ON @KAANLIFEMUSIC AT UR OWN RISK!!! #GOAT"), but their passion does a pretty good job of summing up what makes a K.A.A.N. track feel special:

My wish: @KAANLIFEMUSIC hits me with that follow 😵😩 but I'm afraid my phone will roast from all the heat he throws

A previous version of this article misattributed the photographers for two photos.