Accessibility links
The 'Criminal' Black Lesbian: Where Does This Damaging Stereotype Come From? : Code Switch Black lesbian women have long endured a stigma of violence, and the roots of this perception go way back.

The 'Criminal' Black Lesbian: Where Does This Damaging Stereotype Come From?

The 'Criminal' Black Lesbian: Where Does This Damaging Stereotype Come From? 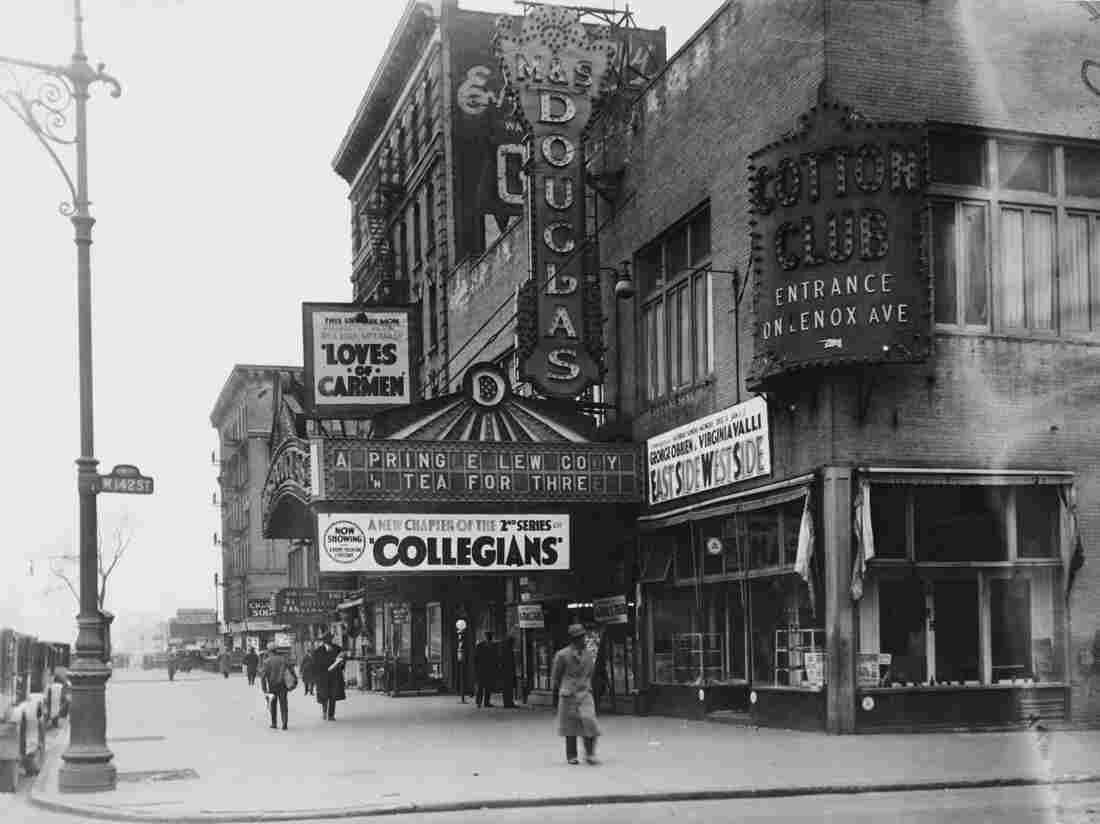 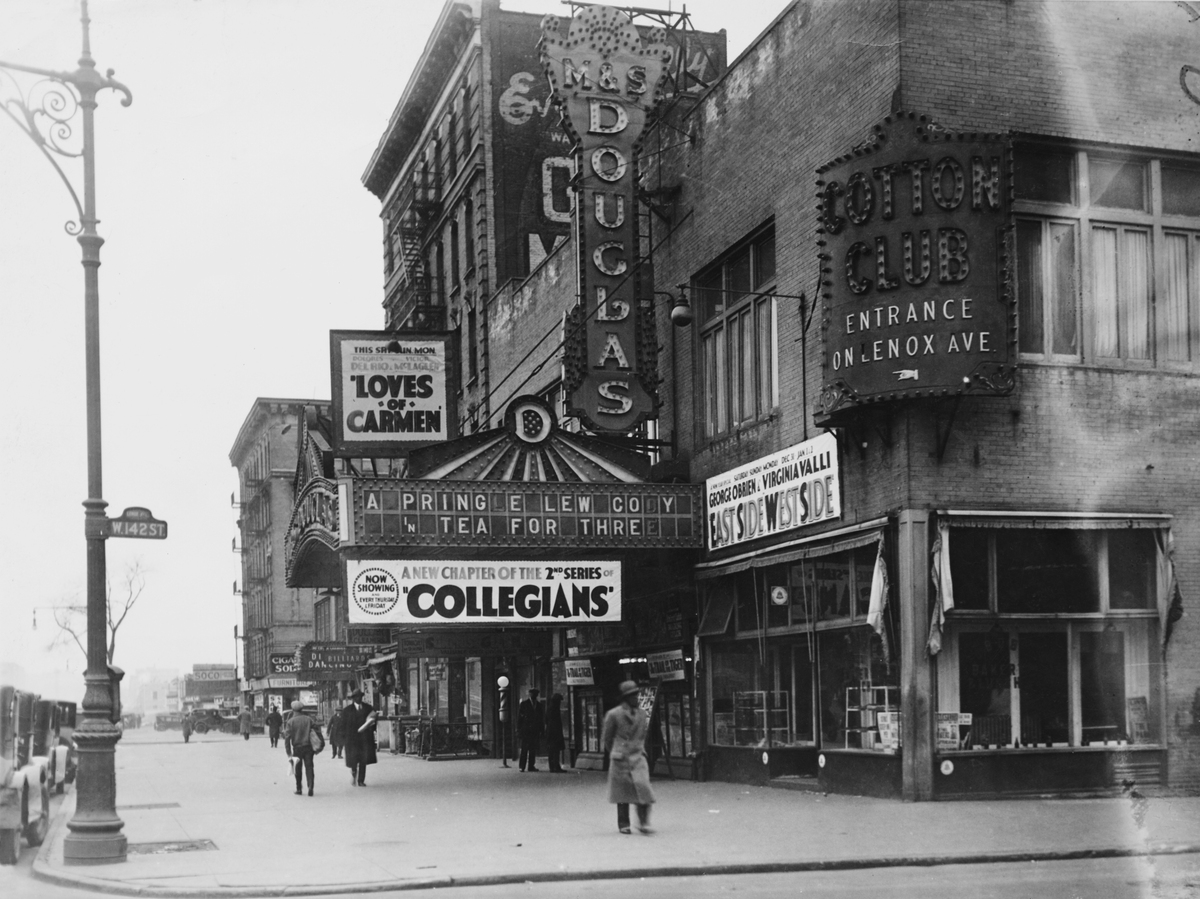 Since the Black Lives Matter movement gained national attention in 2013, organizers have pushed to prioritize voices of black queer and transgender women. Two of the three founders identify as queer, and along with drawing attention to numerous brutal murders of transgender women of color, they have also driven conversations on how anti-black portrayals in media and popular culture can have serious consequences on black queer and trans women's lives.

One such portrayal is the experience of a group of black lesbians who were arrested and charged with felony gang assault and attempted murder in 2006. They'd gotten into a fight in New York City's Greenwich Village neighborhood with a man who they say catcalled and threatened them as they walked down the street. Local media branded the women as a "wolf pack" of "killer lesbians." One article described them as a "seething sapphic septet." But the women, who came to be known as the New Jersey 4, said they'd fought back in self-defense. Despite their injuries, they were sentenced to between three and 11 years in prison.

"The only people who have been considered the villains in this case were the ... women who were attacked and followed," journalist Reva McEachern, who covered the story for a major newspaper in New Jersey, said in a documentary film about the case. An assumed link between race, sexual orientation, gender and violence, McEachern said, "creates this environment where you are on guard because everyone around you perceives you as a threat before they know anything about you."

The only people who have been considered the villains in this case were the ... women who were attacked and followed.

That case began 10 years ago. Since then, the #BlackLivesMatter movement has directed an unprecedented amount of attention to the violence and police profiling that queer black women and transgender people experience. Also unprecedented are the number of high-profile African-American women who have come out or announced that they're in lesbian relationships in recent years. After publicly acknowledging their sexuality, comedian Wanda Sykes, Good Morning America anchor Robin Roberts and WNBA player Sheryl Swoopes have largely been embraced by the public.

When WNBA players and then-partners Brittney Griner and Glory Johnson were arrested during a fight in their Arizona home, the media didn't rush to portray the women as inherently violent or aggressive, as was the case with the New Jersey 4. The general tone could instead be categorized as concerned, if somewhat condescending, as captured in an ESPN headline: "How Brittney Griner Acts Is More Important Than How She Plays."

And yet, even as it seems — perhaps especially as it seems — that activism and increased conversation may be having some impact on how these more recent cases are covered and how these stories are told, it's important to understand that there's a long history behind how the media treated the New Jersey 4. Stereotypes and myths about black lesbianism have been kicking around for at least a century, and black people have been hyper-sexualized and stereotyped as violent in the media and popular culture for far longer. Though positive visibility of queer black women has increased, negative perceptions in the media and law enforcement remain deeply ingrained, and can still have serious consequences.

For the New Jersey 4 and other African-American lesbians caught up in the media spotlight or the criminal justice system over the decades, sensationalized portrayals can be doubly harmful "because you're getting it both from the race angle and the sexuality and gender transgression angle," says historian Cookie Woolner, who is a teaching fellow in social justice, gender and sexuality at Kalamazoo College and is working on a book about black queer women's lives during the early 20th century.

In a recent article for the Journal of African American History, Woolner dug into early 20th century American court records and newspapers — including African-American newspapers — to study how black lesbians were portrayed at the time. For instance, on June 19, 1928, the New York Amsterdam News, a black newspaper, reported that a 23-year-old black woman named Alberta Mitchell murdered Edna Washington in the Harlem apartment the two women shared. "Woman Kills Woman for Love of Woman," the headline read, and the story relished the details of the crime: the weeping and moaning of the suspect and another woman at the scene, the broken windows and furniture, "the cold pool of blood."

Though none of the papers reporting on the incident could agree on the exact relationship between the women involved — the Amsterdam News called it an "eternal triangle," whatever that means — they offered a broader lesson: the murder shone a spotlight on a "condition" that police warned was "all too prevalent in this community," which Woolner takes to mean the city's black inhabitants, many of whom had recently arrived from the South in the Great Migration.

"Crazed with gin and a wild unnatural infatuation with another woman" begins a story about a 1926 stabbing in the black-owned New York Age. In these newspaper accounts, only some of which can be verified by public records, women in relationships with other women were described as a "class of perverts," an "unusual type," and crimes were the result of "perverted affections" and "insanity."

An act of violence between women in romantic relationships wasn't seen as an unfortunate incident, or an exceptional event. It was the result of the women's "abnormal" lives and desires.

Woolner says that though she found only four reports of violence between black female partners during the 1920s, for the readers of these papers, "these violent representations, for some people, are the first representations of lesbianism they're seeing. They're being introduced to the concept of the black lesbian through these violent stories."

The resulting stereotype became even more entrenched in the 1940s and 1950s when women's prisons became "synonymous with lesbianism" in popular culture and scholarship, writes historian Estelle Freedman in "The Prison Lesbian: Race, Class, and the Construction of the Aggressive Female Homosexual 1915-1965." Though the stereotype of the aggressive lesbian eventually grew to include working-class white women, early studies of racial dynamics in women's prisons assumed that black women were "homosexual aggressors," while white women were seen as "temporary partners."

This association still haunts gay or queer black women today, especially those who are "gender non-conforming," meaning they dress and act in ways that are often perceived as masculine, or don't firmly identify as female. It has a real-life impact on the way black queer women are treated in the press and by the criminal justice system.

According to the Equity Project, a coalition of experts on LGBT youth and juvenile justice, nearly half — 40 percent — of girls in the juvenile justice system are lesbian, bisexual or transgender, and a whopping 85 percent of those girls are also girls of color. And they often end up in the system not for doing anything criminal, but for offenses like running away from home or breaking school rules.

Understanding where these assumptions originated, and how they've captured the media's imagination, can give us some insight into how they function today.

Black queer girls who appear more "masculine" and black youth who identify as trans-masculine are often "treated really aggressively by police," says Aisha Canfield, policy researcher and analyst at Impact Justice, a juvenile justice reform organization that contributed to the Equity Project research. In Canfield's research, girls have told her stories of cops "slamming them against squad cars or fences and saying, 'If you want to act like a boy, we'll treat you like a boy.'"

When a gender-nonconforming black girl gets into a fight with a gender-conforming black girl, Canfield says, the gender nonconforming girl is often assumed to be responsible for the fight, and more likely to be punished for it. (Of course, this isn't limited to lesbians or more masculine youth who identify as female. Research suggests that overall, black trans girls and boys experience harsher treatment by law enforcement and at school.)

This perception continues as queer black women become adults. When the more masculine partner in a lesbian relationship is the victim of domestic violence, police often arrest her under the mistaken yet pervasive assumption that "the bigger, stronger, more masculine presenting partner is the abuser," according to a report by the Anti-Violence Project.

"There's always been this construction in the media of ... hyper-sexual black women and hyper-violent black men," says Canfield. "The everyday construction of blackness that has accumulated over hundreds of years drives these decisions."

Understanding where these assumptions originated, and how they've captured the media's imagination, can give us some insight into how they function today. Woolner points to a modern-day version of this stereotype in Set It Off, a 1996 film about four African-American women who become bank robbers. In the film, it's butch lesbian Cleo, played by Queen Latifah, who first suggests violent crime as a solution to their economic problems. "That's what the f*** we need to do, rob a bank," she exhorts her three skeptical friends (one of whom she later seduces).

To be sure, pulpy, overheated depictions of queer black women tend to sound hopelessly retrograde these days, and "violent" and "criminal" aren't media's only — or even first — association when it comes to telling stories of queer black women. Yes, there's Set It Off, but there's also The Color Purple, in which main character Celie has a tender love affair with her abusive husband's mistress, Shug. While Stephen King called Snoop, The Wire's murderous gang enforcer, played by Felicia "Snoop" Pearson, an openly gay black woman whose life story inspired the role, "perhaps the most terrifying female villain to ever appear in a television series," one of the show's most likable characters is Kima Greggs, a hard-working black lesbian detective.

And while Orange Is the New Black takes place in a prison, it has been praised for telling nuanced stories of gender, queerness and race in the criminal justice and prison systems.

But even as some newer pop-culture depictions of queer black women are more thoughtful and fully human than what we've seen in the past, and #BlackLivesMatter organizing has helped keep queer black women's experiences in the spotlight, and celebrities who are out can be game-changers for gay rights, some of those most affected by the decades-old stereotype of the "criminal" black lesbian don't feel they're living in a radically different world.

When I asked Renata Hill of the New Jersey 4, who's been denied employment because of her criminal record and is still fighting to overcome the label of "killer lesbian," whether she thought media representations of queer black women have changed, she sounded a note of caution: "I think we still have a long way to go."