Accessibility links
Sex And 'An African City': A Steamy Ghanaian Show You Don't Want To Miss : Code Switch Five African women who came of age abroad make their way back to Accra, Ghana, as adult professionals looking for love — and end up grappling with where they fit into this place they call "home." 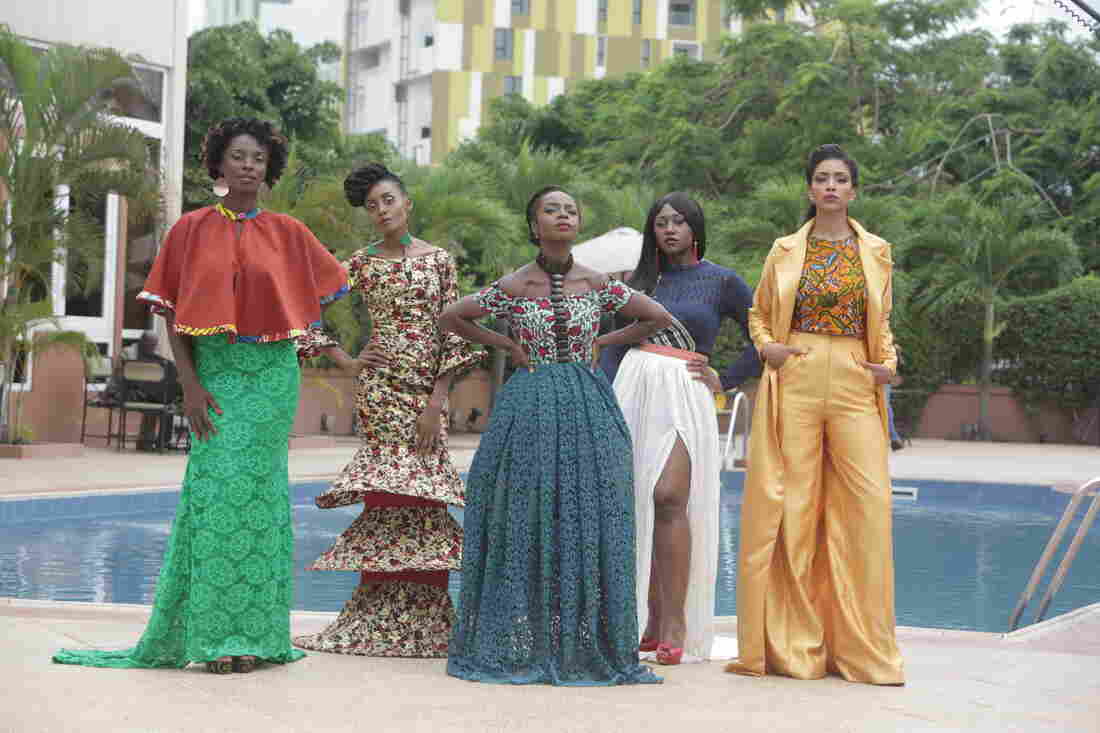 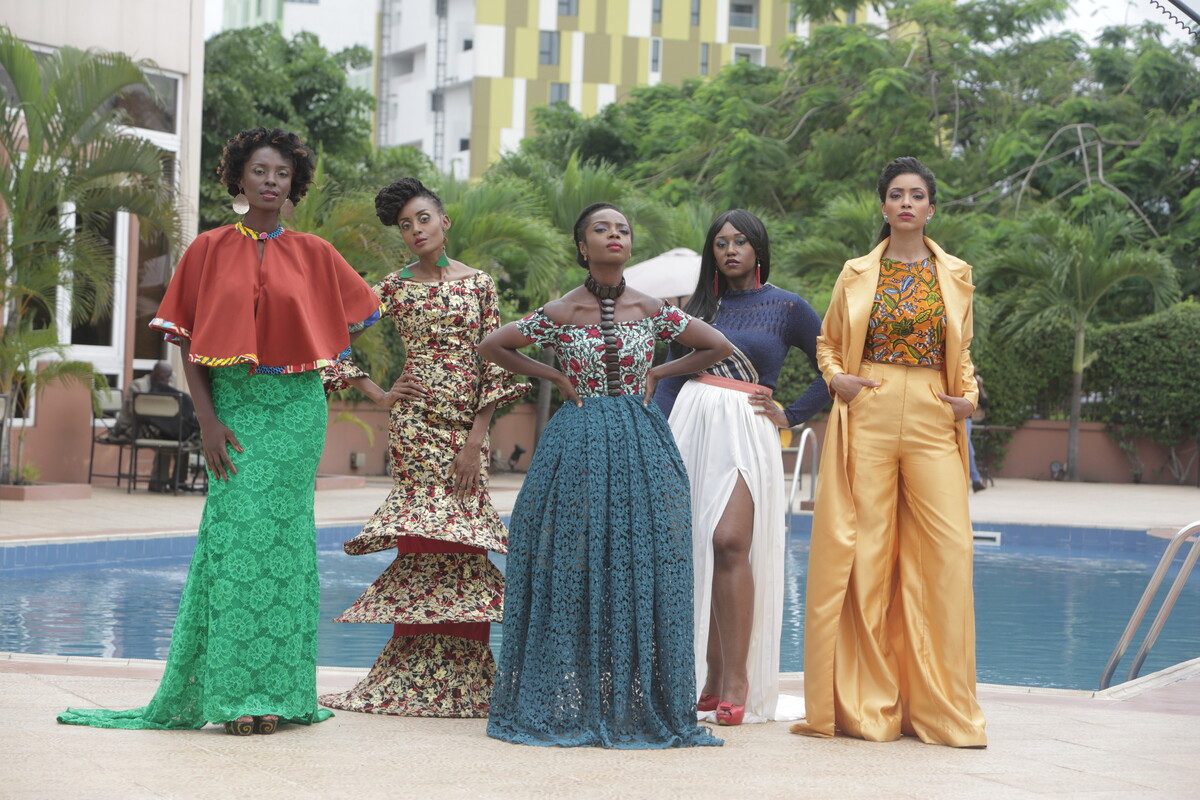 The characters of An African City (from left): Zainab, Ngozi, Nana Yaa, Sade and Makena.

Imagine Sex and the City, but instead of New York City, the action takes place in Accra, Ghana.

This remix is called An African City, a Ghanaian series that debuted on YouTube two years ago. The girlfriends are five fashionable African women raised abroad who have returned home to continue high-powered careers, look for love and have sex. Lots of sex.

The very first episode opens with passengers deplaning at Ghana's Kotoka International Airport at dusk. Among them is the show's main character, Nana Yaa, who's returning to "the continent" after growing up in New York since age 7.

Dressed in a white tank top, dark denim jeans and a perfectly tailored black jacket perched atop her shoulders, Nana Yaa strides over to the customs agent. But before she has time to take her passport from her designer handbag, he tells her she's in the wrong line.

"The line for the non-Ghanaians is at the other side," he says.

She pushes her passport through the opening in the bulletproof glass with that "I told you so" cock of the head and declares in broken Twi, a local language, "I am Ghanaian."

Christabel Nsiah-Buadi is a journalist and writer living in Los Angeles who identifies as a British-born Ghanaian. She has watched An African City and says that airport scene drew her right in.

Nana Yaa returns home to Accra, Ghana, and reunites with four friends for adventures in career, love and sex on "the continent."

"I cracked up because that's exactly what happened to me," Nsiah-Buadi says. "You identify as Ghanaian and someone who you know you look like is saying to you, 'No, no, no, you don't belong in this line, you belong in that line.' "

Nsiah-Buadi explains that these kinds of assumptions, based on how you're dressed or the language you speak, can immediately shatter the romantic illusion of coming back "home."

The show's creator, Nicole Amarteifio, who was born in Ghana and raised in New York, says she wrote An African City for women just like Nsiah-Buadi: Africans who came of age abroad, in the U.S. or Britain.

"I felt that they couldn't really relate to Nollywood," says Amarteifio, referring to West Africa's film capital, located in Nigeria. "But there was a lot about Hollywood they could relate to, so that gap between Nollywood and Hollywood, I was trying to fill it for that audience."

What Are The Dangers Of A Single Story?

Sex, Style And Success In 'An African City'

Amarteifio says she hoped to tell a story about Africa that had nothing to do with war, poverty and famine. She wanted to capture the present: a moment when young professionals, like herself, are coming back to start businesses, work for NGOs or as executives for international companies. She holds a bachelor's degree from Brandeis and a master's from Georgetown, and came back to Ghana as a social media strategist for the World Bank.

She says the way to tell that story — her story — came to her while lounging on her couch in Accra, watching an episode of Sex and the City. "What would the show be like set in Accra?" she wondered. "That would be the way to fight the single story," she says.

An African City's "Carrie Bradshaw" is Nana Yaa, a journalist with her own radio show. And, like Bradshaw, Nana Yaa acts as narrator, cluing us into her love drama and that of her best girlfriends: Ngozi, Makena, Sade and Zainab. 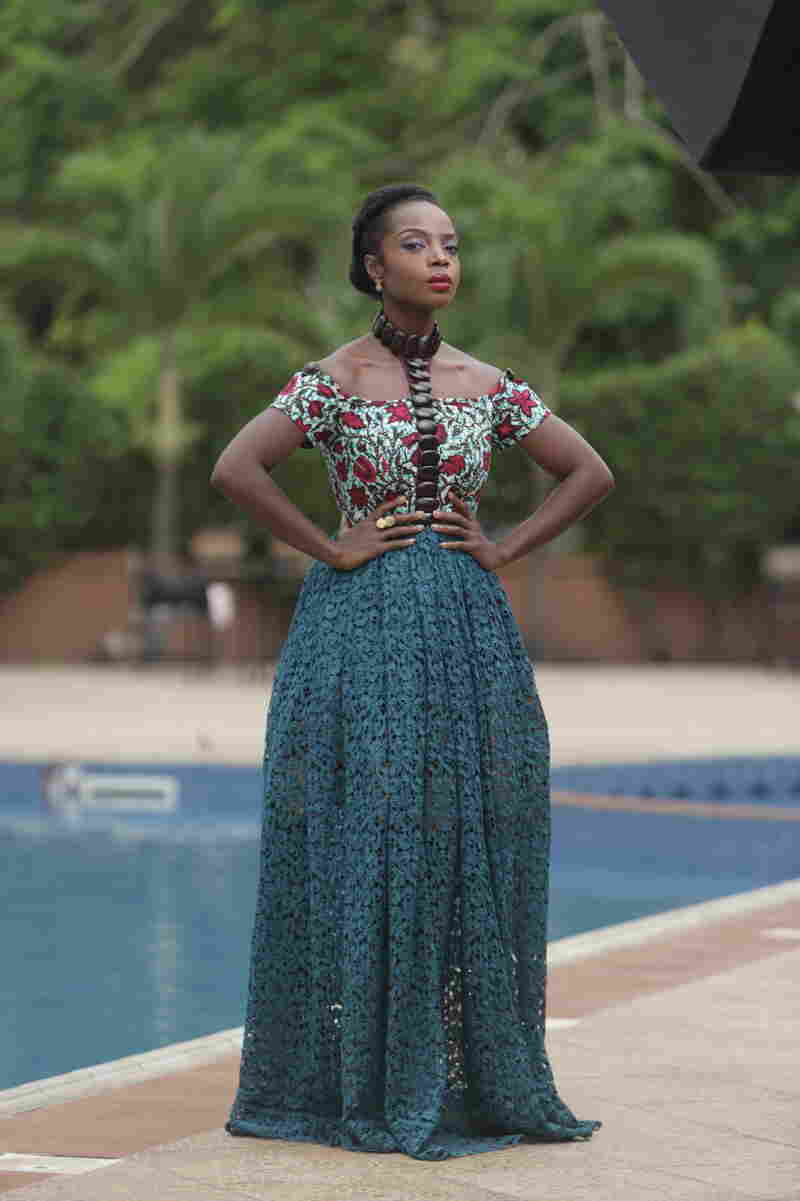 These women and the men they date are Africa's 1 percent. They're highly educated and come from families with connections. Nana Yaa's father is the minister of energy in Ghana, and Sade's dad is the pastor of a megachurch in Nigeria. The ladies dress fabulously and are always perfectly coiffed and accessorized.

"They're very privileged young women," says Nsiah-Buadi, the LA-based fan of the show. "On that level, that's not realistic, to me anyway. Maybe to someone else, but that's not the life that I live."

Nsiah-Buadi says the characters's bourgie ways can irritate her at times, like when they talk down to waiters and manicurists, or blame their missing bras on "the help."

Nsiah-Buadi chatted about the show recently with her friend and fellow Ghanaian Essie Blankson-Turner, an entrepreneur living in Los Angeles. Blankson-Turner says overall, the show's good outweighs the bad. "I like seeing Ghanaian women on the screen, I like the fact that our stories are being told, and I like the fact that I can relate to it in some aspect," she says.

"I love the fact that they're gorgeous," says Nsiah-Buadi.

"I love the fact that they get to wear the most amazing clothes," adds Nsiah-Buadi.

"All the time!" returns Blankson-Turner, laughing.

"I'm literally, like, I want that lipstick, I want those earrings. I mean, even that — how often do we get to do that?" says Nsiah-Buadi.

And both women add: When do you ever get to see African women talk about sex so openly and see them enjoy it on screen? They told me that's just not acceptable, broadly speaking, in the larger conservative — and predominantly Christian — Ghanaian culture, where you know better than to talk about such things publicly. 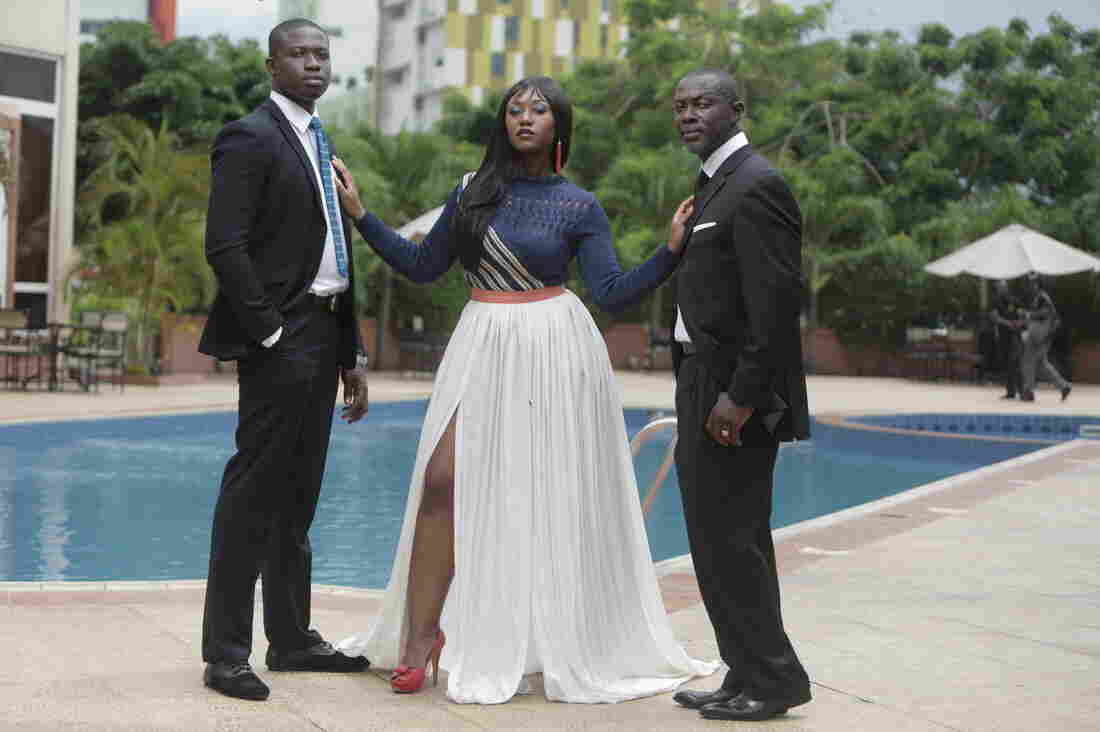 Instead, Sade (the sexually liberated, Samantha Jones-esque character in An African City) lets it all hang out. In one scene, the girls are lounging poolside, counseling their friend Makena on the best way to ask her boyfriend to use a condom. Sade whips out a stack to show she's always prepared.

"Trojans, Durex, Fiesta, Rockdoms — pick your poison, baby!" she says to Makena, who asks if Sade really uses all of those condoms. "Indeed," Sade replies matter-of-factly. "Take as many as you want, but leave the Rockdoms for me. I'm seeing Kwame later tonight."

Sade is played by actress Nana Mensah, whose parents immigrated from Ghana to America's East Coast, where she was raised. Mensah says she loves it when other first-generation women come up to her and say they identify with the show. And she adds that she's heard positive responses to her character, Sade, from both contemporaries and women her mom's age.

A spinoff is not in An African City's future. But the show that started as a free Web series on YouTube, backed by $75,000 out of creator Amarteifio's World Bank-job savings, is now a money-making venture. You can buy an online subscription for Season 2, and the show's got licensing deals with networks in Africa.

Mensah hopes that in future seasons her character, Sade, will stop obsessing over the married men she's bedding and start using that degree from Harvard Business School. "Get your own man, Sade, come on!" she says. "I'm feeling a little bit ready to let that go. I'd like to focus on more of Sade's work life, maybe?"

Nicole Amarteifio says she's not sure what's next for her characters, but she knows one thing won't be changing: She's not going to take any of the steam out of the scenes.