Accessibility links
In California, A 'Welcome Home' For The Japanese-American Queer Community : Code Switch Japanese-Americans in California have been working hard to strengthen ties between the API queer community and its friends, families and allies. This new conference series is a start.

In California, A 'Welcome Home' For The Japanese-American Queer Community

In California, A 'Welcome Home' For The Japanese-American Queer Community 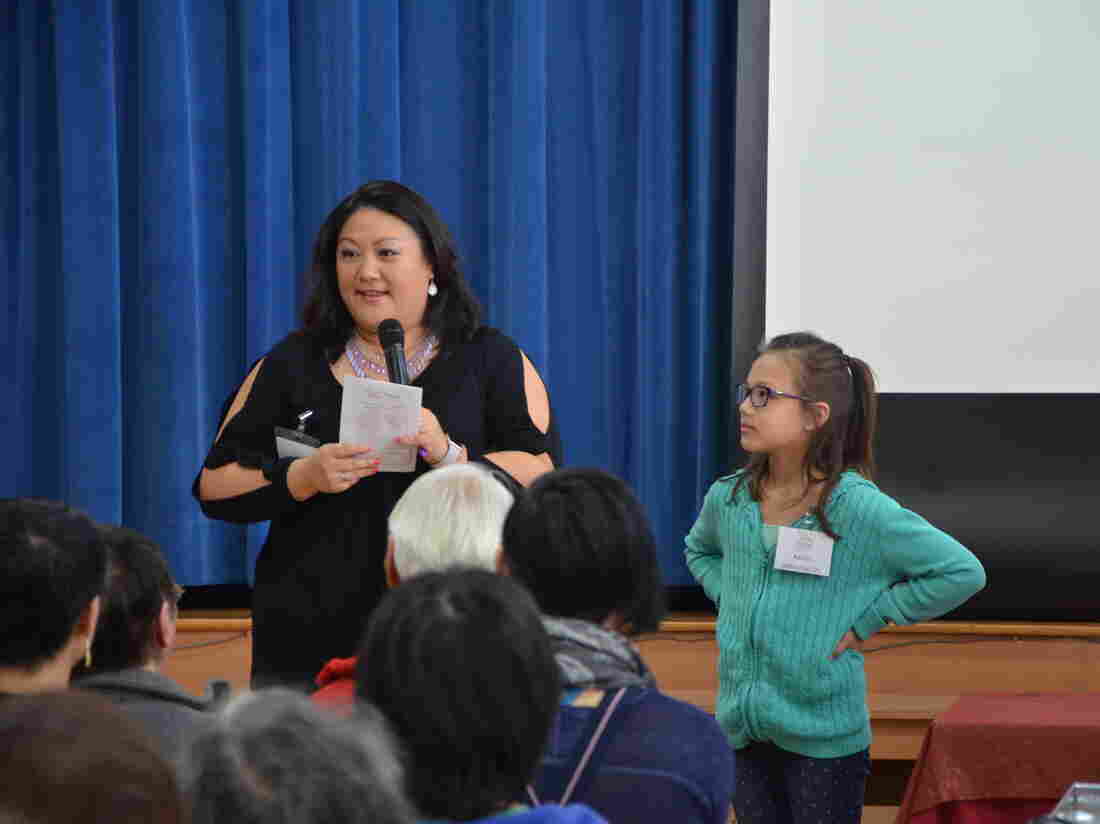 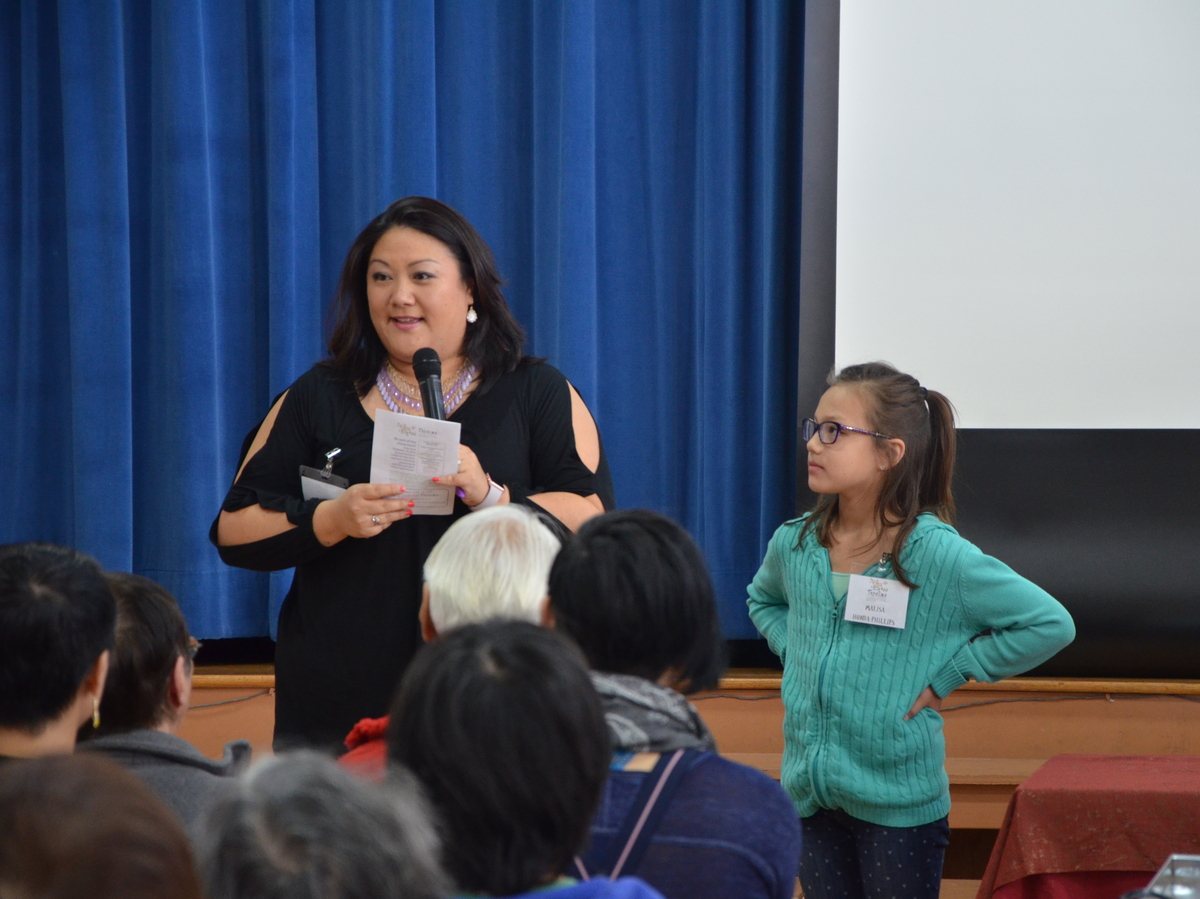 Michelle Honda-Phillips stands with her transgender daughter, Malisa, at a pre-event for Tadaima in Berkeley, California.

Paired together, these two Japanese words are a common greeting-and-response. Tadaima means "I'm home," and okaeri means "welcome." But recently, these terms have taken on new significance as the names for a series of California-based conferences for the Japanese-American queer community and their allies: Okaeri in Los Angeles in 2014, and Tadaima on April 2nd in the Bay Area.

"The Okaeri conference was started by straight allies welcoming people back into the community when they felt ostracized," explained Bonnie Sugiyama, Director of both the PRIDE and Gender Equity Centers at San Jose State University, and one of Tadaima's lead organizers. With Tadaima, she says, northern California Japanese-American queer people are saying, "We exist, and we want to be part of the community. Are you going to say okaeri and welcome us?" 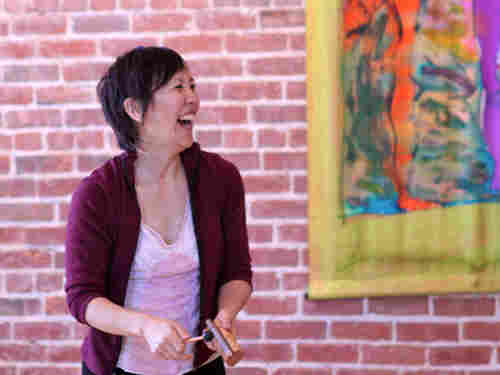 Coke Tani will lead "All of Me for All of You," a creative movement and poetry workshop at Tadaima. Tadaima Bay Area 2016 hide caption

Okaeri was the brainchild of author and activist Marsha Aizumi, who became a major proponent of LGBTQ rights after her son Aidan came out, first as a lesbian, then as a transgender man.

"When Aidan came out, the first thing I thought was, what did I do wrong?" Aizumi admitted over the phone, describing her journey to becoming a board member of PFLAG, the national group for families and friends of LGBTQ people. "Because white people were more visible and talked about. In literature I would see Caucasian faces, but hardly any API [Asian Pacific Islanders], and absolutely no Nikkei!"

So Aizumi founded the first API-specific chapter of PFLAG, which soon began to host events for specific ethnic groups under the API umbrella. "And I thought – I'm Japanese! I have to do something for the Japanese community." The fifteen people who showed up for her first afternoon tea soon spiraled into the 200-person strong Okaeri conference.

Afterwards, Aizumi was contacted by numerous participants who were inspired by the conference to come out to their own families, or who used the conference as a time of reconciliation with family members who had ostracized them in the past. 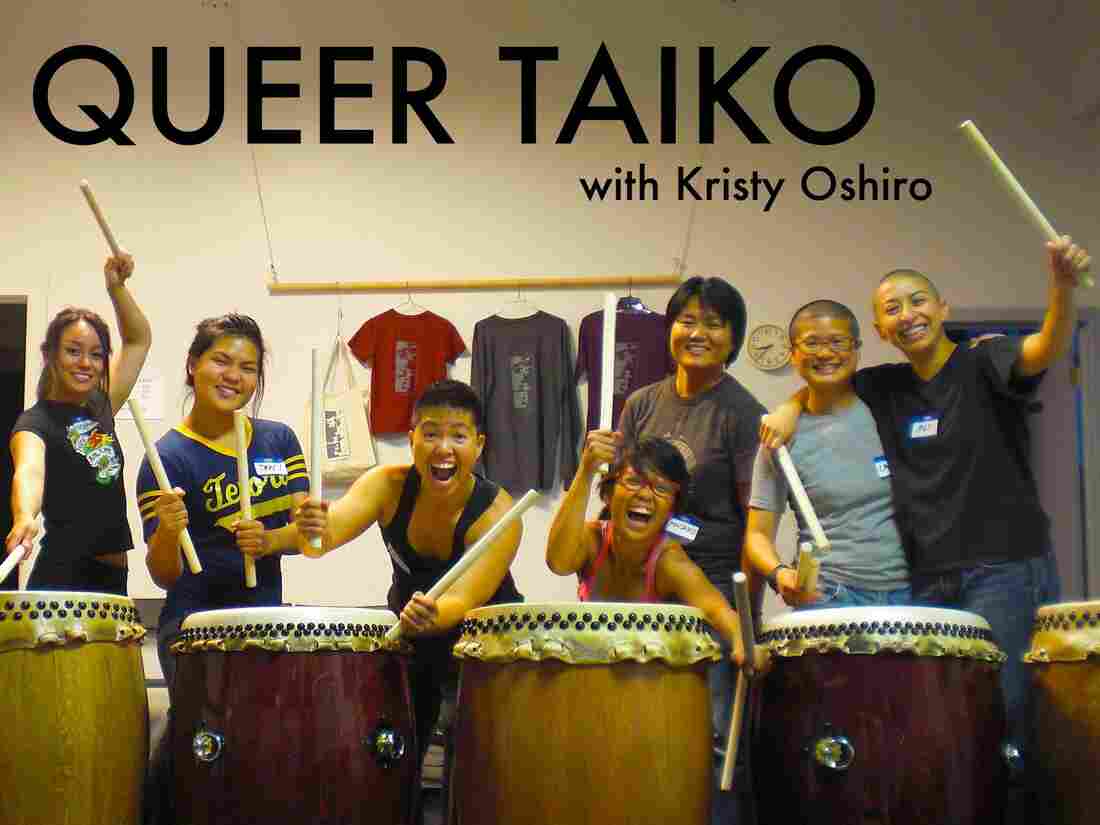 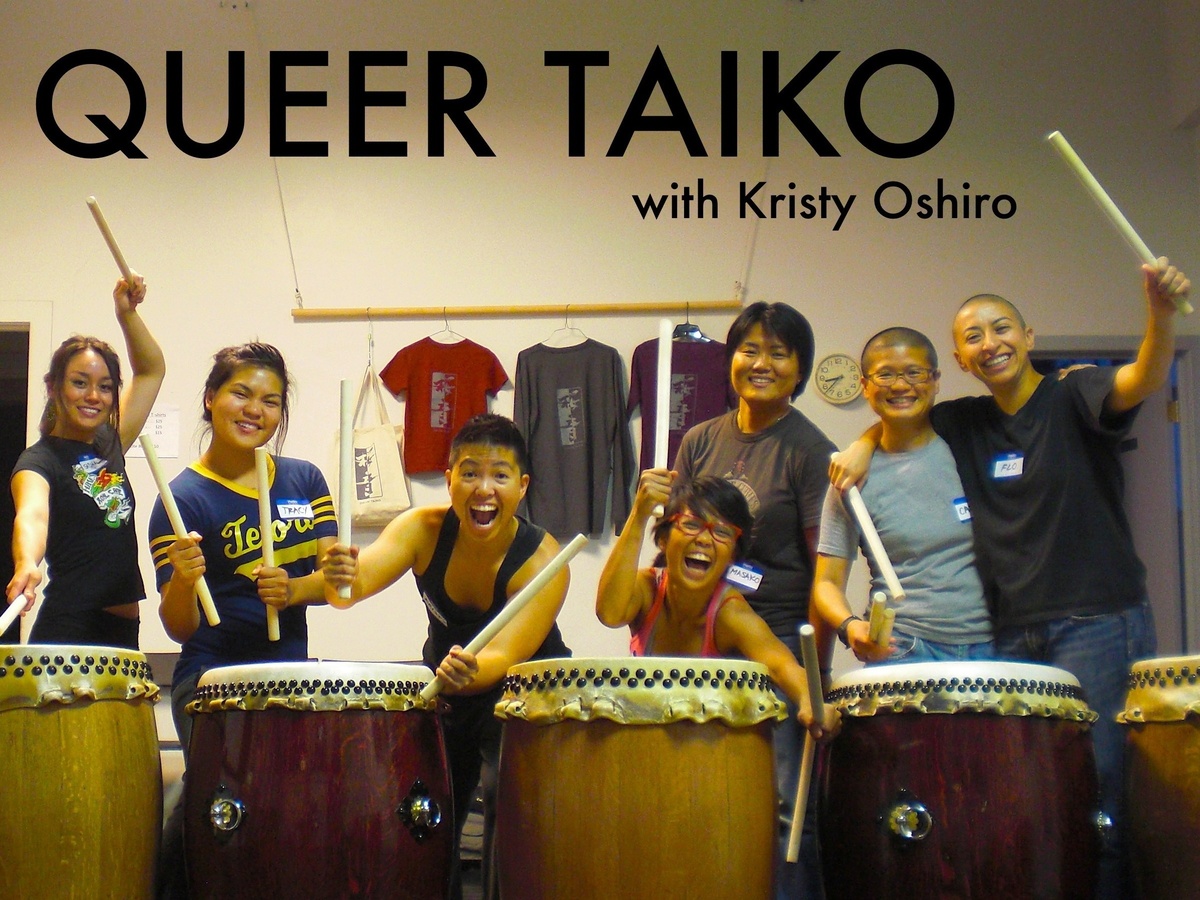 Queer Taika, a group directed by Kristy Oshiro, to perform at Tadaima.

Lynn Sugihara, a fifty-nine year old dental hygienist from the Bay Area, has attended two of the three "lead-up" events to the Tadaima conference: A panel on coming-out stories, and a moderated discussion on LGBTQ rights in a post-same-sex-marriage world. She too was struck by the diversity of the participants.

"This is the first such event I've been to where it is intergenerational," she said in a phone interview. For Sugihara, this matters because it's important "to hang on to part of our history." In fact, at one of the panels, she met a woman who had been her father's next-door neighbor in their WWII internment camp.

Sugihara was also struck by the vocal participation of many straight allies, who came to learn about issues facing their queer friends and family. "They didn't quite understand," she said, "but they came." This was an encouraging change from her youth, she said, when her family took a "don't ask, don't tell" approach to sexuality and gender.

To meet the needs of such a diverse audience, the organizers of Tadaima have planned a wide variety of events over the course of the one-day conference. Marsha and Aidan Aizumi will be speaking, as will Dr. Amy Sueyoshi, the associate dean of Ethnic Studies at San Francisco State University and a founding curator of the San Francisco GLBT History Museum. 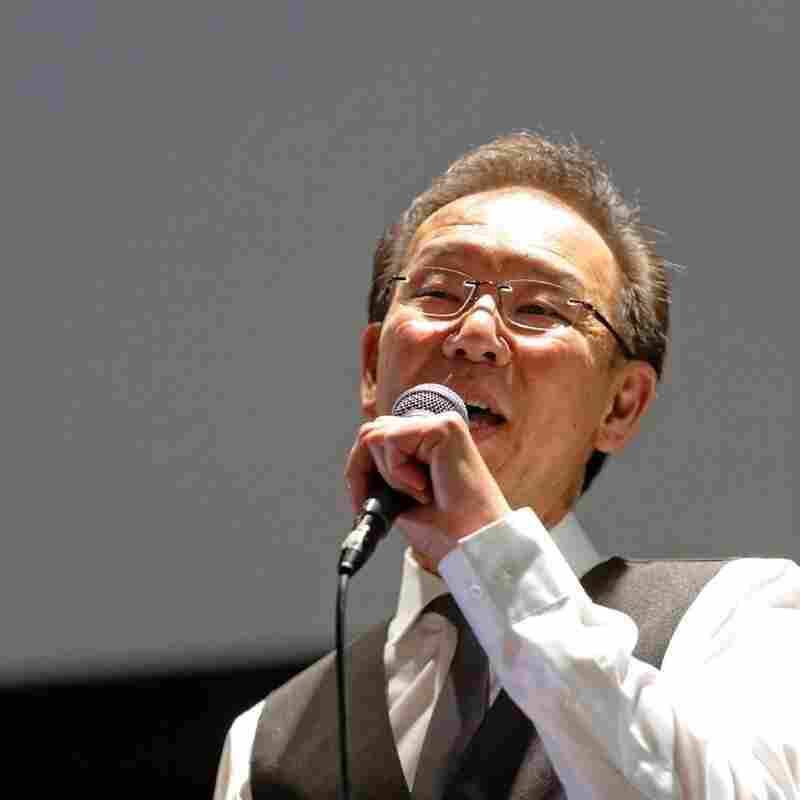 "When I hear that a JA [Japanese-American] community of straight people want to do something around queer JA issues, it makes my heart melt around the edges," said Dr. Sueyoshi. "It feels momentous."

But while straight organizing around queer issues might be a new phenomenon, Dr. Sueyoshi pointed out that there is a long history of support for social justice in the Japanese-American community. In part, Dr. Sueyoshi said, this is the legacy of the internment camps and other acts of nativist discrimination the Japanese-American community has endured over the last two centuries. It's also part of a larger nationwide turning of the tides, in which LGBT issues have gone from niche concerns to items of general interest.

Given the expected diversity of the conference, organizers have planned break-out discussion sessions to allow different identity groups to meet and talk openly about their specific issues.

"It's hard to explore [these issues] on your own because you only have your single experience," said Sugiyama, the conference organizer. Until recently, Japanese-American queer people have had few spaces in which to gather. Sugiyama hopes that Tadaima will allow folks to network with one another and to begin to figure out the commonalities between their experiences, and how to address the issues they share. She's excited that over the course of organizing the conference, that's already beginning to happen.

"I've been involved with queer API groups for a while now, and there's just not very many of us JA's," Sugiyama said. "Helping to bring people out of the woodwork...it's been a really great experience."