Accessibility links
Child Migrants' Harrowing Journey Brought To Life On Stage : Code Switch Shelter is a play based on interviews with Central American kids about the violence that drove them to migrate north, and the experience of living in limbo in the U.S. It opens this weekend. 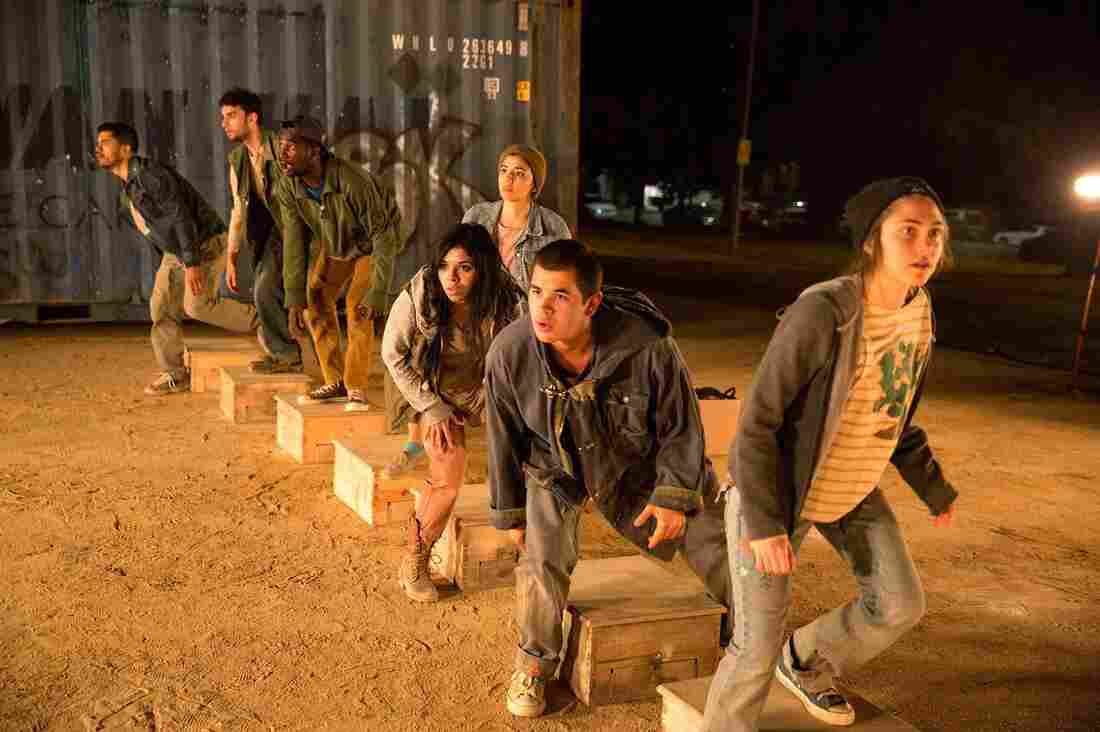 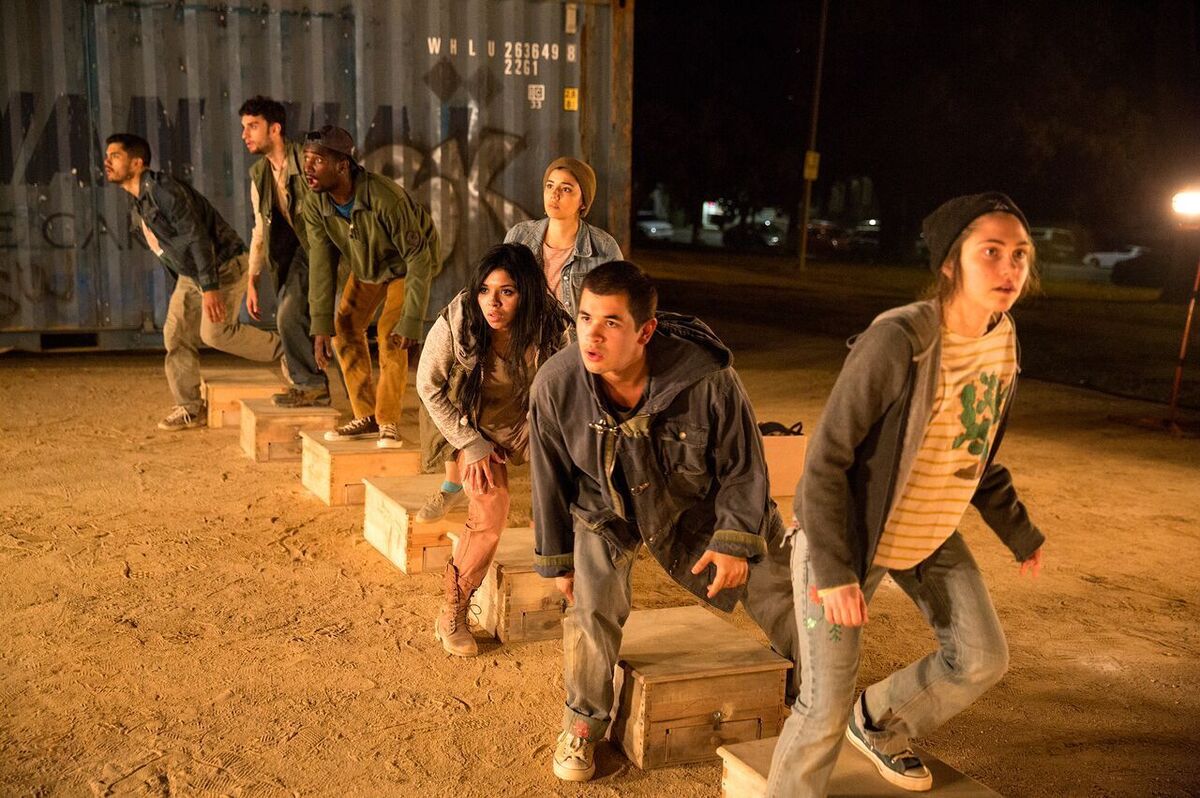 Many of the kids who left Central America for the U.S. two years ago are still waiting to see if they'll be granted asylum. Tens of thousands came on foot, escaping gang violence, hoping if they got here they would get to stay.

The ones who made the journey without their parents have been called unaccompanied minors, child migrants or asylum seekers. A new play, Shelter, gives them names and tells their stories.

In one of the scenes — or chapters, as they're called in the play — Mariana, Sandra and Eloisa are bunking together in a government funded shelter somewhere in the U.S. They just met. Sandra is from El Salvador, Mariana from Honduras and Eloisa from Guatemala. They can't sleep, so they're exchanging horror stories about their journeys and what it was like back home.

Eloisa tells the other girls about the violence that drove her from her town. "One day, our mayor found a head — a human head — at his doorstep," she says. "That was it, my mother packed our things the next day." Sandra replies, "I've seen worse than that."

Actor Moriah Martel, who plays Eloisa, says that after a year of research and preparation, getting into character is still really challenging.

"Falling off trains in the middle of the night, losing arms, or having a severed head on the doorstep or making it to the border and being sent right back," she says, listing all the things that so many of these kids have endured. "There are so many aspects of it that feel larger than life." 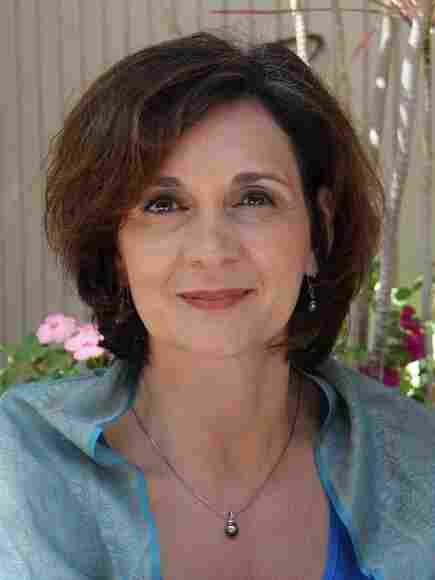 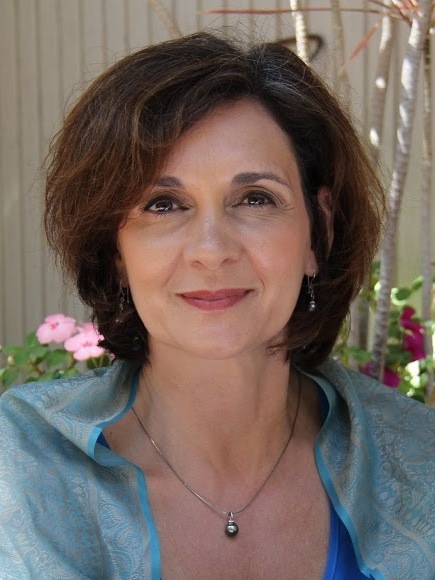 Marissa Chibas wrote Shelter based on interviews with academics studying the Central American child migrant crisis and kids who made the dangerous trek.

Martel is an undergraduate student at California's Institute of the Arts — CalArts — where the play was created. It's the brainchild of Marissa Chibas who founded Duende CalArts to create bilingual, bicultural theater in collaboration with Latino and Latin American artists.

Chibas says she saw blog posts about the surge of unaccompanied minors even before the mainstream media latched onto the story, and felt compelled to tell it from the kids' perspectives. She visited a shelter in San Diego and talked with the volunteers and kids there. Choking back tears, she says she couldn't help imagining her own 12 year-old in their shoes. "Oh my god, this could be my son," she recalls. "What kind of desperation would I have to be in that I would have to send my son on this dangerous journey?"

Chibas also interviewed teens who made the dangerous journey and are now attending high school in Los Angeles at the School of History and Dramatic Arts. She invited some of those students to workshop the play so that actors, like Martel, could meet the real people these "larger than life" things were happening to.

Jasmin, from El Salvador, was one of those people and Chibas used a lot of her story as inspiration for Shelter. (Jasmin's last name is being withheld for her safety.) She's waiting to see if she'll be granted asylum and if not, she'll be sent back to face the tormentors she left back home.

Jasmin says she came to the U.S. because a girl in school kept harassing her to join a gang. When she refused, the girl threatened to kill her, and those aren't empty threats in El Salvador. Kids who refuse gang initiation are retaliated against and can end up in "black bags" as Jasmin puts it. So, her mom found a group leaving for the U.S. and made her go with them.

Jasmin, 14 years old, chubby-cheeked and barely 5 feet tall, took her first trip outside El Salvador — not on the eight-hour flight with the stop in Mexico City and beverage service, but on foot, in strangers' cars, clinging to the top of freight trains.

She says they traveled at night, mostly, and slept during the day on dirty floors and in holes in the ground. The total cost: $8,000. Her mom borrowed the money to pay multiple smugglers along the way. The amount of time it took her to get to the U.S.-Mexico border: one month and two days. Then she spent 100 more days in immigration detention because Jasmin turned herself in to the U.S. border patrol.

She says the absolute worst part of the entire journey, though, was riding "La Bestia." That's the freight train that many migrants ride to cross Mexico, where the mafia, random thugs and even tree limbs can kill you. 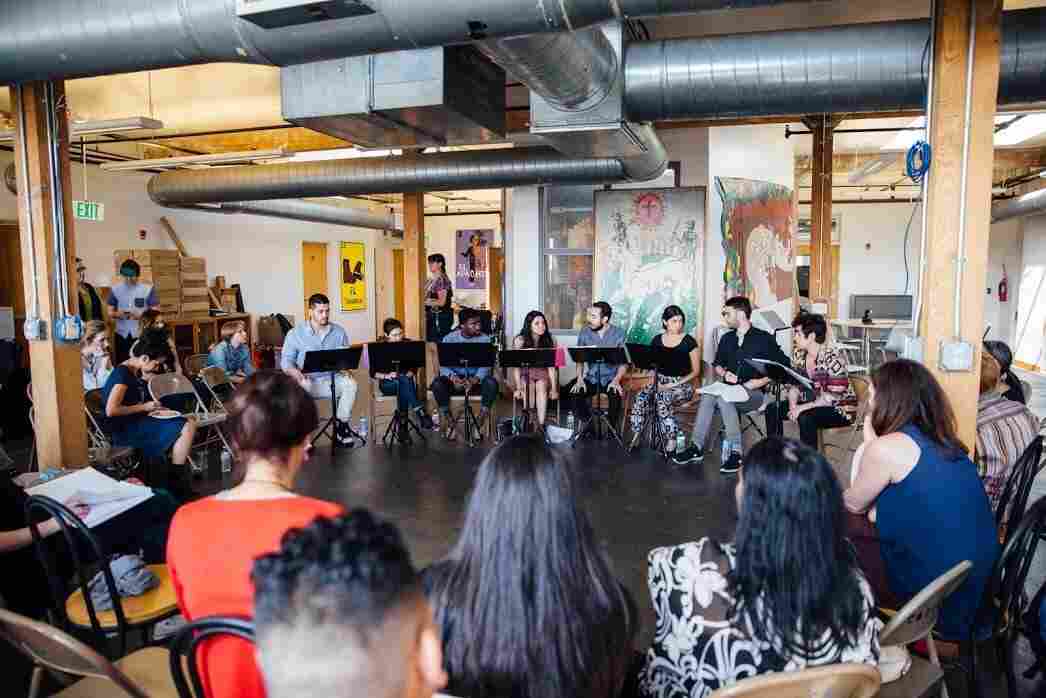 A read-through of the play for clients of CARECEN, a resource center for Central American immigrants. Rafael Hernandez hide caption 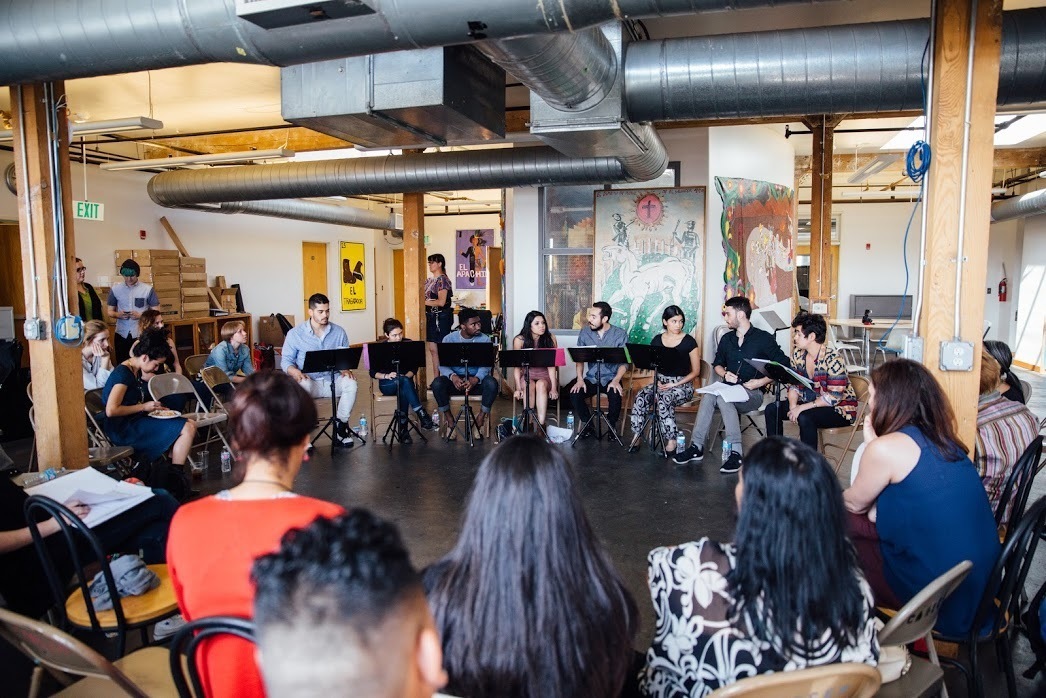 A read-through of the play for clients of CARECEN, a resource center for Central American immigrants.

The train plays a huge role in Shelter. In multiple scenes, actors are arranged in horizontal or vertical lines on stage, to simulate a train. Sometimes it's because the action is happening on a train. But not always.

The actors often stand in lines facing the audience, methodically listing every step of bureaucracy the kids must go through when they reach the U.S.- all to the rhythm of a freight train on a track: "Step 3!" they recite in unison.

"If not Mexican anyone appearing to be a child will receive mandated TVPRA- Trafficking Victims Protection Reauthorization Act scanning."

Shelter has four chapters. By play's end, the audience get's a to know some of the historical context that lead to this crisis, the immigration bureaucracy the kids go through if they make it to the U.S., the current debate over what to do with these kids, and their individual stories. There are also sweet moments of kids being kids: playing soccer, sharing their dreams for the future.

The play opens this weekend at a park in a predominantly Latino neighborhood in Los Angeles. Chibas says she wanted to share it, first, with the community closest to the story. She hopes it shows not only the kids trauma, but their courage and resilience. "They have high hopes, they have big dreams and I want to support those dreams in anyway that I can," she says.

Jasmin says she's conflicted about living in the U.S. without her mom and her two younger sisters and brothers. She told me she's in love with this country, but her dream is that things back in El Salvador get fixed. Her sisters are coming of age, and Jasmin is worried they'll be targeted by gang members one day and told 'You have to join, because if not, we'll hurt you.' She doesn't want them to have to make the choice she was forced to make: Stay and die or leave and live...if you're lucky.