Accessibility links
How Social Media Smeared A Missing Student As A Terrorism Suspect : Code Switch The documentary Help Us Find Sunil Tripathi explores what happened after a tweet misidentified a Brown University student as one of the Boston Marathon bombing suspects. 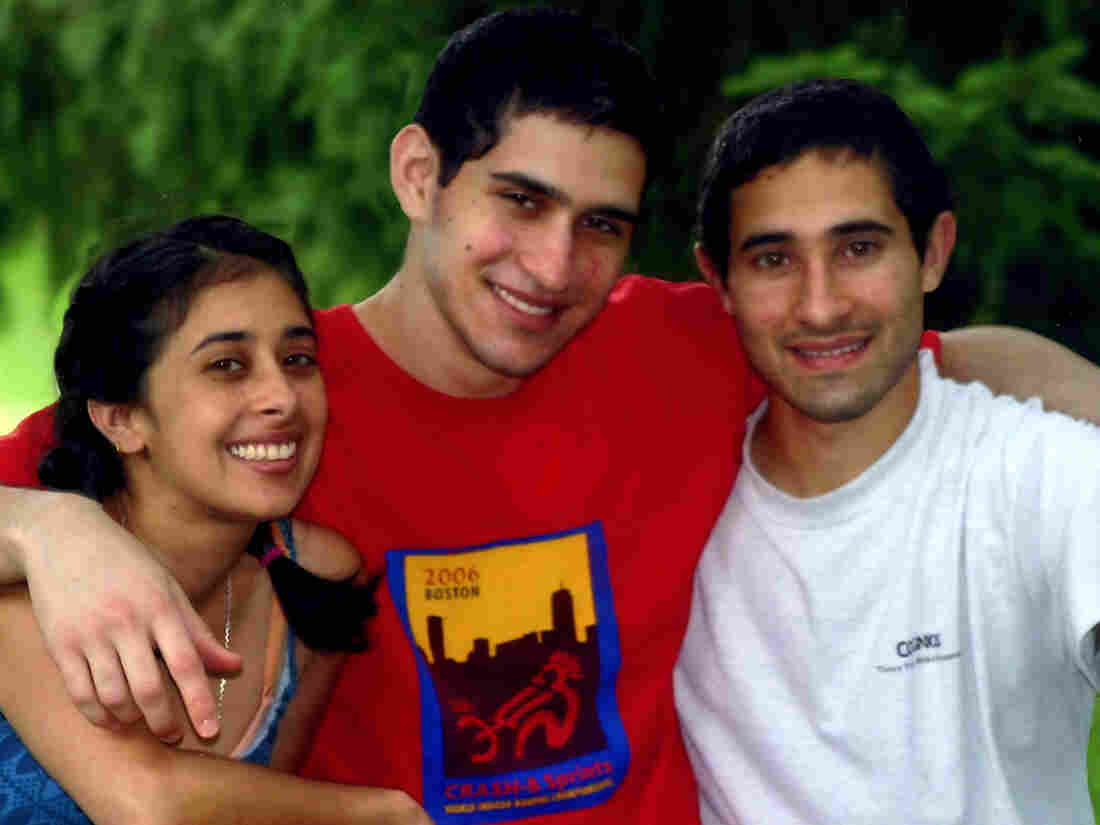 Siblings Sangeeta (from left), Sunil and Ravi Tripathi. Sunil went missing weeks before the Boston Marathon, and media outlets misidentified him as one of the bombing suspects. One Production Place hide caption 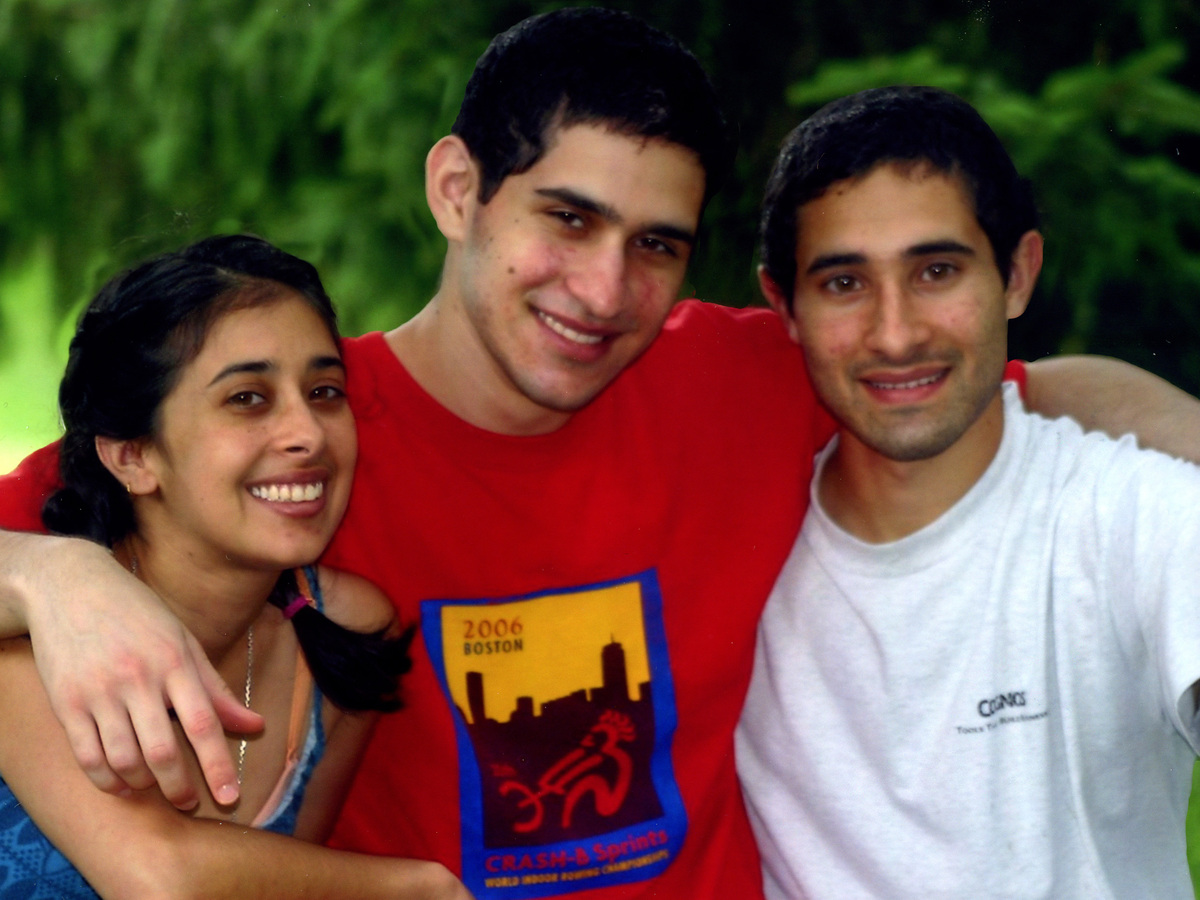 Siblings Sangeeta (from left), Sunil and Ravi Tripathi. Sunil went missing weeks before the Boston Marathon, and media outlets misidentified him as one of the bombing suspects.

The city of Boston and the friends and family members of the marathon bombing victims will never forget the day when two explosions ripped through the crowd at the race, killing three people and injuring more than 200. Neither will the family of Sunil Tripathi, but for very different reasons. Their story is told in the documentary film Help Us Find Sunil Tripathi.

Sunil was a gifted student from a high-achieving family. His older sister, Sangeeta, says that growing up, he always surpassed her academically. "[He] did so effortlessly, in just an embarrassing way," she says. "So I was always very jokingly you know kind of spiteful of the ease with which he could pass through school."

But in college at Brown University, Sunil began to struggle with depression. In March 2013, he went missing. His family organized a massive search operation, and — somewhat reluctantly — used social media to help with the search. "Despite how uncomfortable it was to take our personal childhood and smatter it across Facebook, we just knew this was what we had to do to get his story out," says Sangeeta.

The Tripathis received lots of messages of support. News organizations picked up the story. But three weeks later, they still had no leads. They were exhausted. Sangeeta and brother Ravi decided to go to the Boston Marathon to cheer on a friend who had been helping in the search. 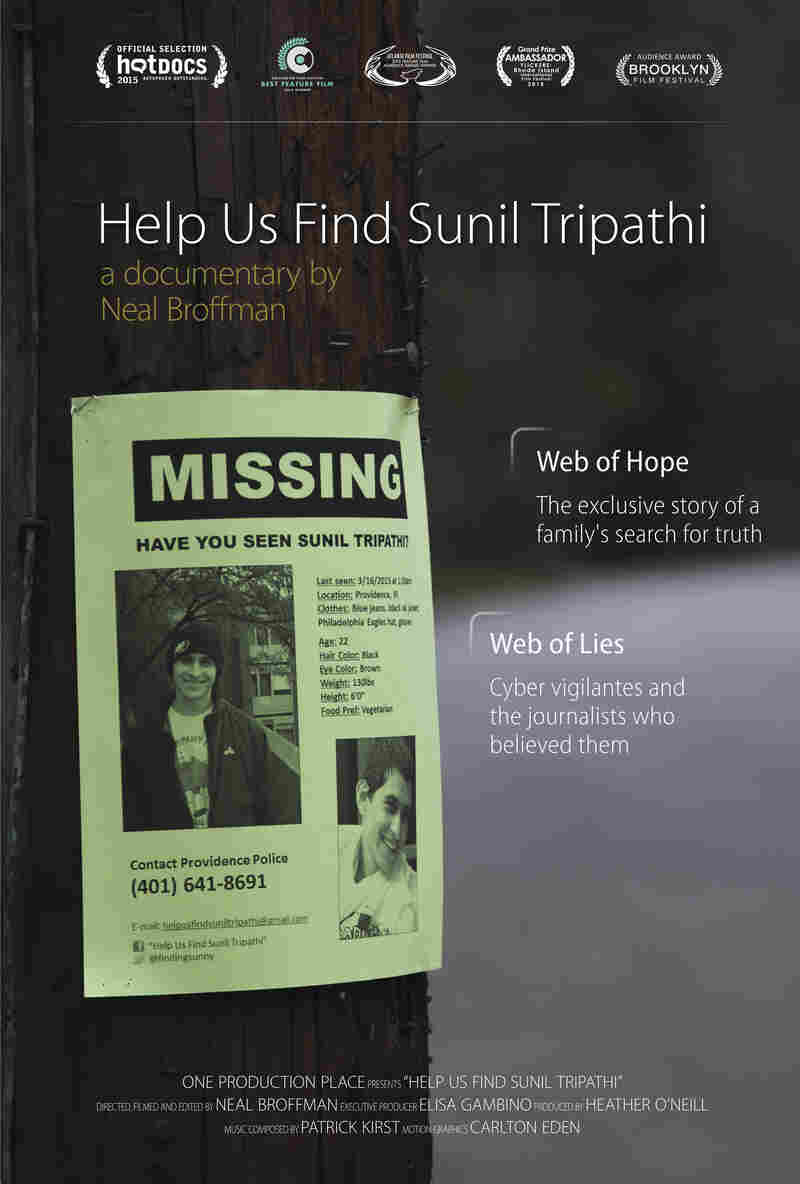 And then, the bombing happened.

Three days after the bombing, the FBI released photos of the suspects. On Twitter, a former classmate of Sunil said she thought one of the suspects looked like him. That was picked up by reddit. And suddenly, the Tripathis' Facebook page was bombarded with hateful messages, many saying that, given his name and appearance, Sunil must be a Muslim terrorist.

"This is not just one or two comments that would make Mom cry," says Ravi. "It progressed to having as many laptops open as possible and deleting every single post. It almost felt like a case study in mob mentality, in virtual mob mentality."

Journalists saw the buzz on social media and started calling the Tripathis. Some retweeted the accusations. Others actually repeated them on television. The Tripathis, who had been waiting for their phones to ring with information about Sunil, were suddenly getting questions about his alleged involvement in the bombing. Between 3 and 4 a.m. on Friday, April 19, Sangeeta got 58 calls from the media. News vans lined up outside their home and reporters were knocking on their front door.

Then, at 7 a.m. that same day, the FBI released the names of the actual suspects — Tamerlan and Dzhokhar Tsarnaev. Sunil's name was never mentioned.

"The endless phone calls and text messages that were still coming in from the night before stopped," says Ravi. "And the only thing to do was reach out and say, hey, we're people, and we're here. And we're actually still looking for Sunil."

In 24 hours, Sunil had gone from missing person to bombing suspect and back to missing person. His family called every news outlet that had phoned the night before, and asked for their help in finding Sunil. A few agreed, but most never returned their calls.

One week later, the Tripathis discovered what had happened to Sunil: His body was found in a river near Providence, R.I. He had died by suicide, a month before the marathon.

For the Tripathis, the false accusations only added to the devastation of losing Sunil. Still, the film's director, Neal Broffman, says there are important lessons here — including social media's potential for both harm and good. "During the early days of the search the social media was incredibly uplifting and helpful," he says. "And then, in a matter of an hour, it turned so fast and became so ugly."

Since Sunil's death, the Tripathis have tried to separate his story from the Boston Marathon bombing. But his aunt Nina Taylor worries that may never happen. "For you to Google his name and know that they will always come up together," she says. "And it makes me so mad, because he was such a private person, and we went public because it was our only shot."