Accessibility links
Scientist Stephon Alexander: 'Infinite Possibilities' Unite Jazz And Physics : Code Switch Stephon Alexander once downplayed the connections he saw between jazz and physics, concerned that — as "the only black person" in his professional circle — his credibility would be questioned. 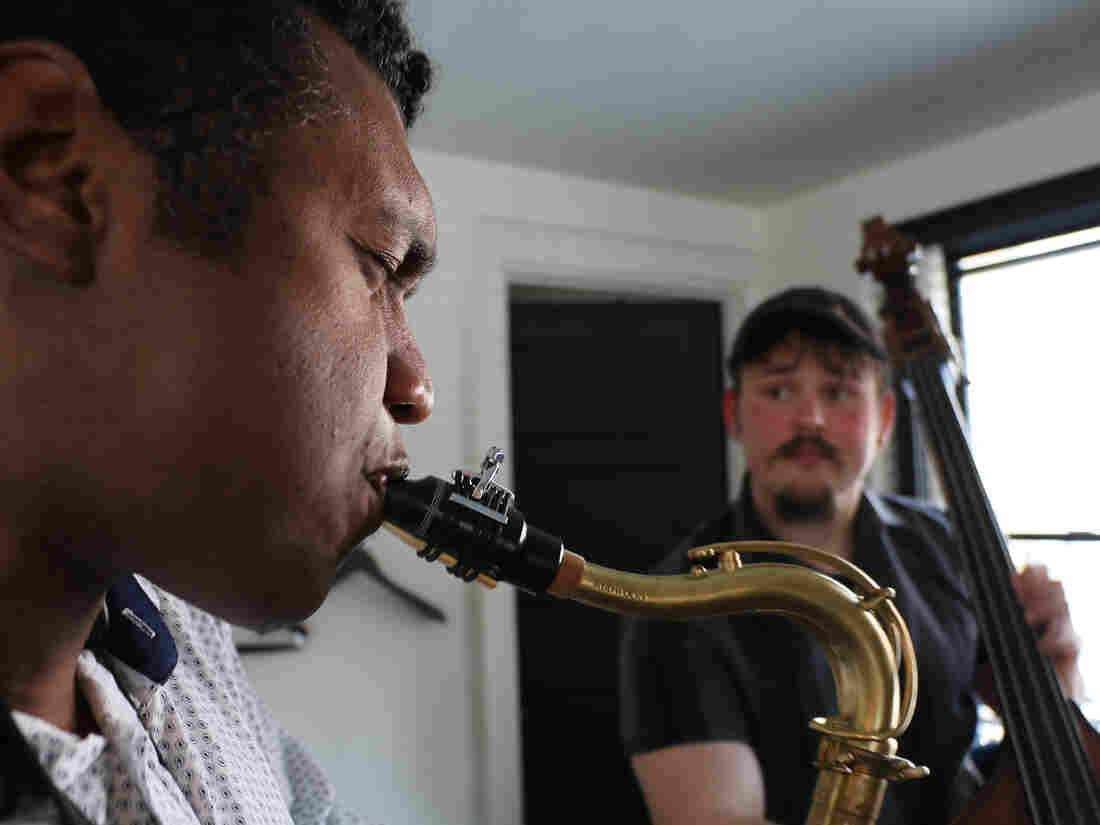 Physicist Stephon Alexander shares his love of science with his students at Brown University, and his love of jazz with musicians around Providence. Ari Daniel for NPR hide caption 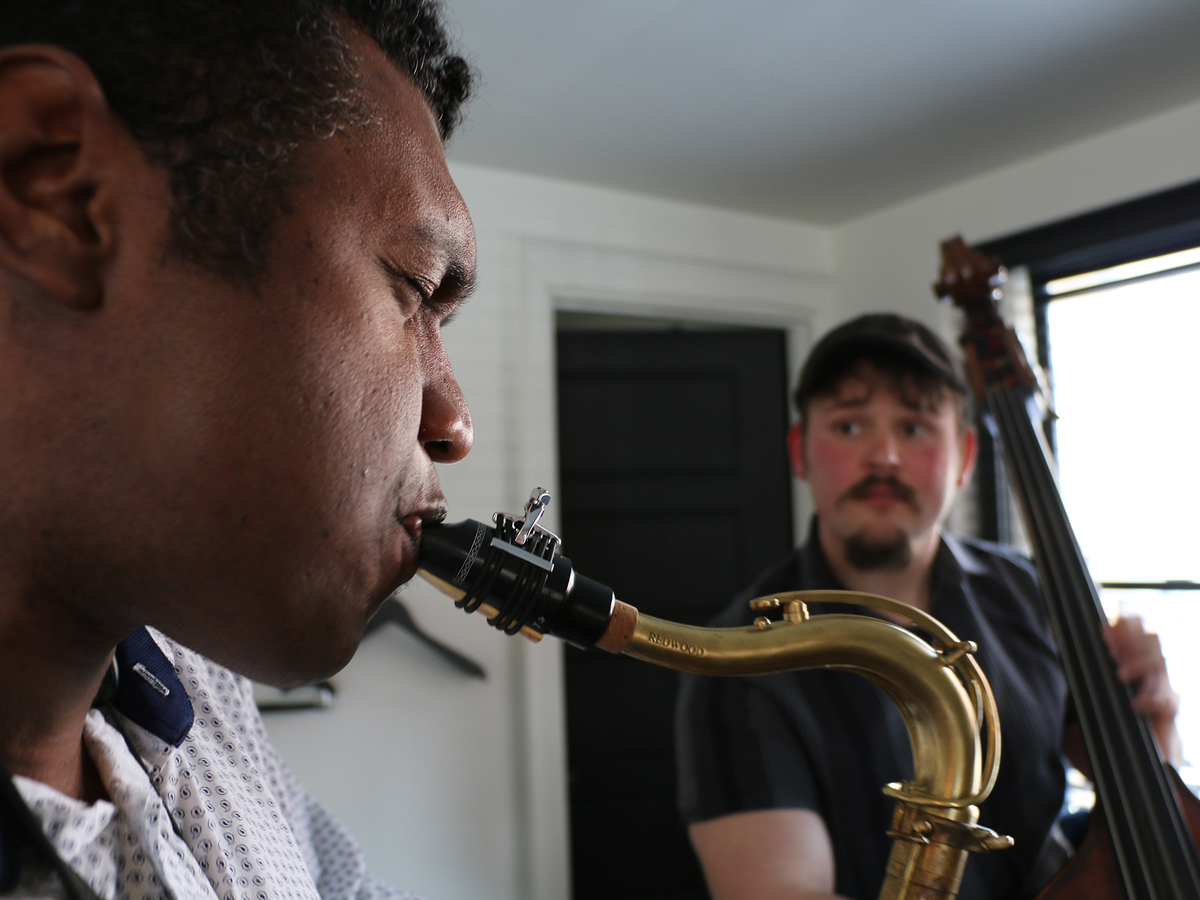 Physicist Stephon Alexander shares his love of science with his students at Brown University, and his love of jazz with musicians around Providence.

Stephon Alexander didn't always love music. When he turned 8, his grandmother, who was from Trinidad, forced him to take piano lessons in the Bronx. His teacher was, in a word, strict. "It felt like a military exercise to rob me of my childhood," Alexander recalls.

Several years went by like that. Until one day when Alexander's dad brought home an alto sax he found at a garage sale. "That became my toy. Music no longer for me was this regimented tedium," he says.

Alexander blasted away in the attic. He got good. In the 8th grade, his band teacher — who played the jazz scene by night — offered to help him get into the most prestigious music school in New York City. But he turned it down. "Because I wanted my music to be for fun," Alexander says. "I didn't want it to become a job."

And he never told his grandmother. Later on, in high school, Alexander discovered the subject that would become his career. Physics. He calls it the study of, "How the smallest things inform the largest things in our universe." 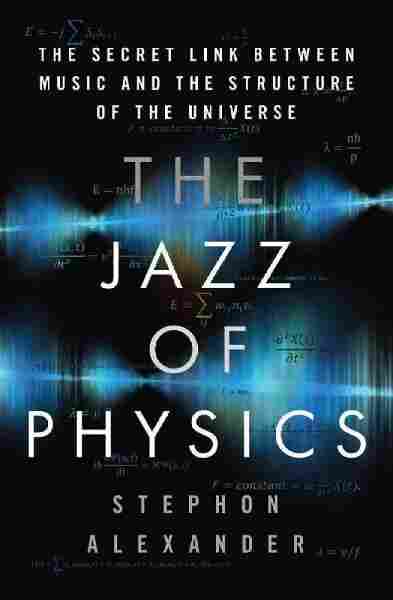 The Jazz of Physics

The Secret Link Between Music and the Structure of the Universe

His passion for physics showed. He raked in the degrees, a Ph.D. in theoretical physics, fellowships in London and at Stanford University. The physics was mostly work. The music, mostly fun. But there were times when the two collided. Like this one night in Paris, Alexander was stuck on a problem concerning the early universe.

"So I shipped myself to the jazz clubs. You have to create a solo on the spot while conforming to some kind of structure. Well, physics is like that, too," Alexander says. "In between sets, I would play around with my calculations or just think very freely."

Sure enough, one night, he watched the audience applauding, which made him think about tiny charged particles slamming into one another – and the solution came to him. "The mathematics underlying that gave the properties that look like the origins of the Big Bang," Alexander says.

He got a publication out of it. But Alexander never mentioned his duality — his jazz-inspired approach to science — to his physics colleagues. He worried they'd stop taking him seriously. "Many times I'd be the only black person," Alexander says, "and there was always that concern that because I was just different that, 'this guy doesn't have the chops.'"

As Alexander became more established, his double life converged into a single one that fuses jazz and physics, using the lessons of each to inform the other. Take this question: How does a quantum particle get from point A to point B? A particle like an electron. In the strange world of quantum mechanics, it can actually take an infinite number of paths between points A and B.

Alexander says it's like improvising a jazz solo. Each time, he starts on note A and ends on note B. "We know that it's starting and ending at those notes," Alexander says. "But what happened in between are different possibilities, and there's an infinite amount of possibilities." 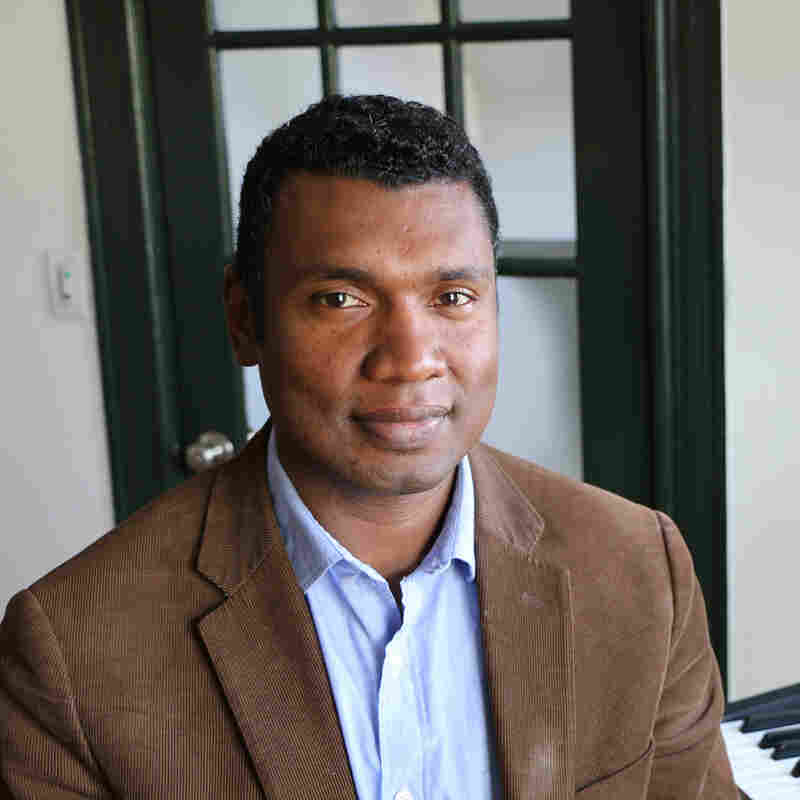 These days, Alexander is a professor at Brown University. And his grad students all play instruments. And when they gather to discuss science, Alexander says it's like a jazz session. "It feels like a quartet playing Miles Davis tune and everyone gets a chance to solo while the others support the soloer," he says.

Alexander does physics research every day, plays the Providence jazz scene at least once a week, and he's merged his passions into a new book called The Jazz of Physics. And his grandmother is proud of him. Alexander says he understands now that the reason she foisted those piano lessons on him years ago was that to her — an immigrant from Trinidad — music was the doorway to a better life.

"For black people in general and Afro-Caribbean people, one mode of economic freedom was music," Alexander says. Alexander's grandmother intended music to be a gift for her grandson. And it was...just a different kind of gift than she was planning on, one that allows him to answer the big questions about our universe.