Accessibility links
LGBTQ People Of Color React To The Pulse Orlando Shooting : Code Switch The tragedy in Orlando shook many people in communities that already feel vulnerable: LGBTQ Americans, Latinos, Muslims, immigrant families, and those living at the intersection of these identities. 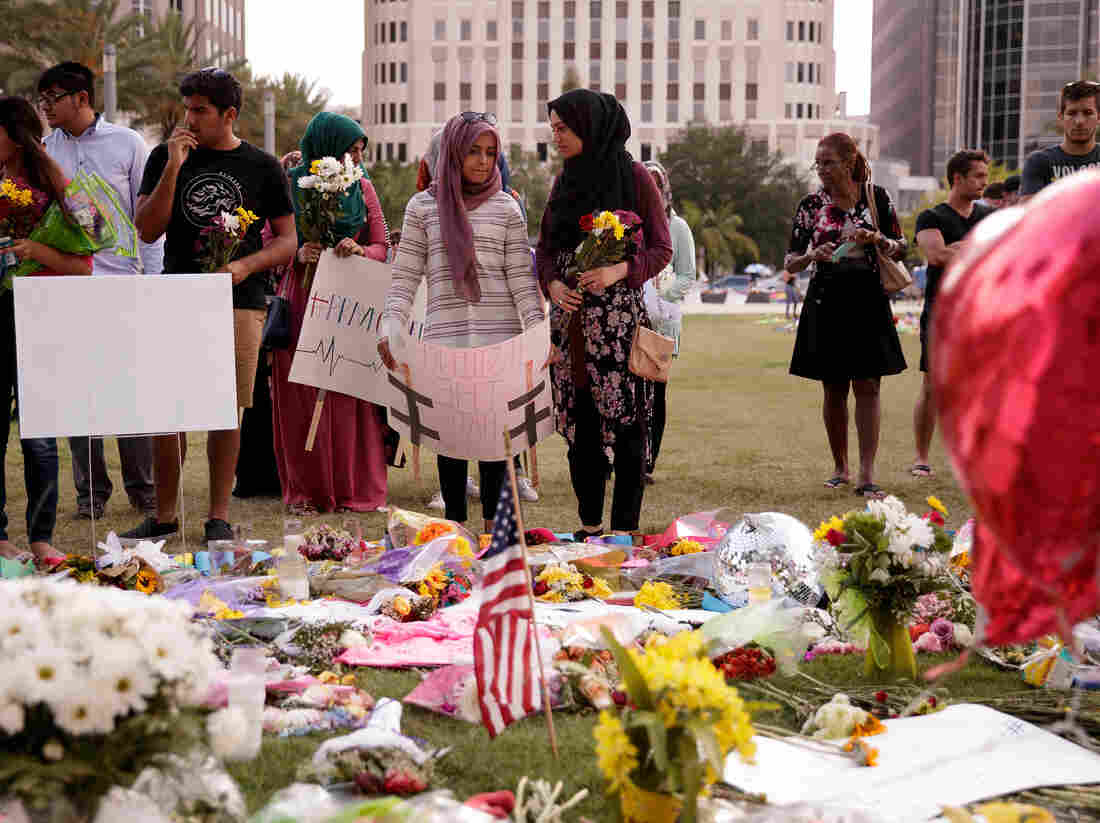 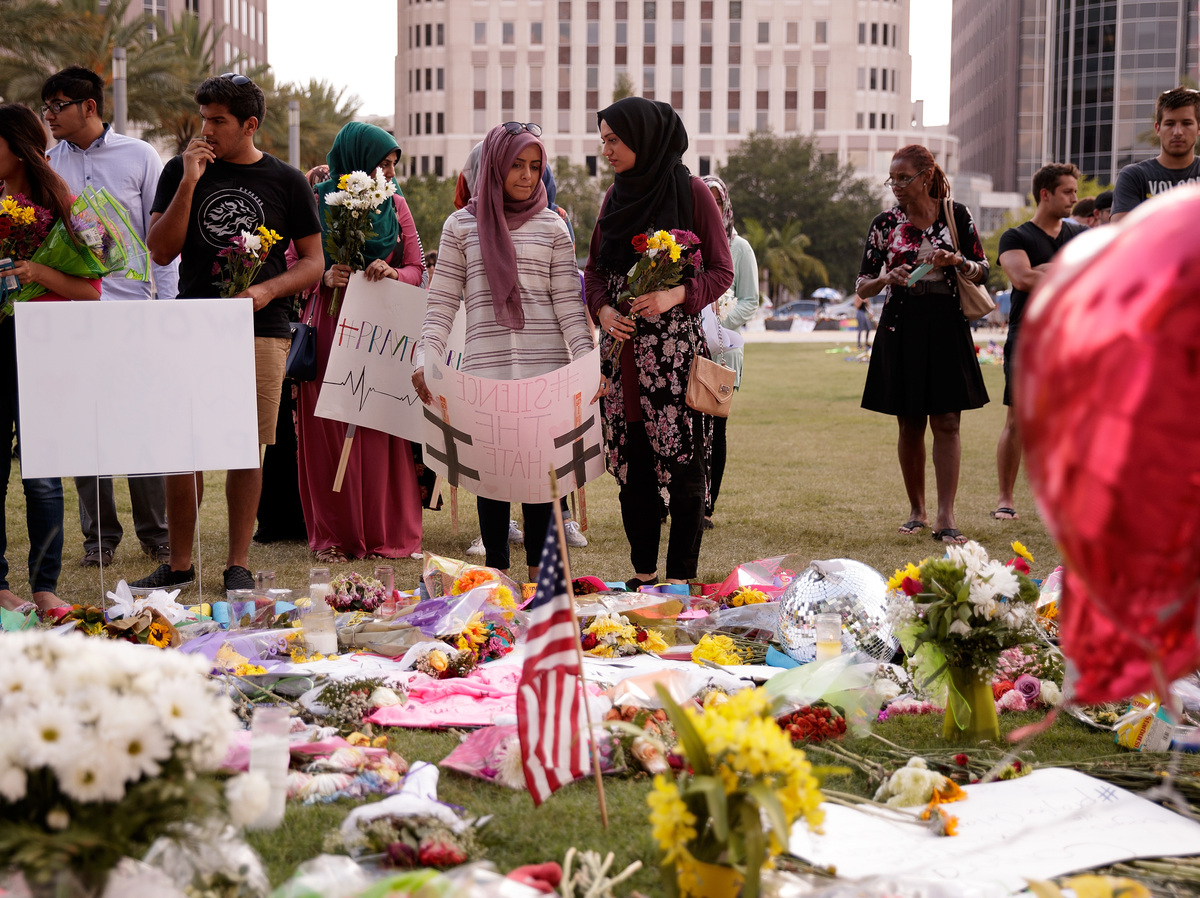 Young people from Husseini Islamic Center in Sanford, Fla., visit a makeshift memorial at the Dr. Phillips Center for Performing Arts on Tuesday in Orlando.

The attack on a largely Latino crowd at a gay nightclub in Orlando by a Muslim American mass shooter has meant different things to different people. The devastation cuts across many facets of culture, identity and community.

We wanted to speak to people who might be feeling this most acutely — folks who belong to the LGBTQ and Latino communities that were disproportionately affected, folks who shared the shooter's Muslim background, and people whose identities fall somewhere in both camps.

For this week's episode, we talked to Carlos Guillermo Smith, a resident of Orlando and a member of the LGBT civil rights group Equality Florida. Smith has been in the thick of all of this, organizing vigils, talking to the media and acting as a pillar of support for his community in Orlando.

Although he's been running around a lot the past few days, he shared with us a quiet moment — the first time that he was able to sit down and begin to process all that's happened.

"We all just grabbed each other and held onto each other and tried to take a second to appreciate that we were all still on this earth together," he told us.

We also checked in with Code Switch reporter Adrian Florido, who has spent the past few days in Orlando, listening to the stories of friends and loved ones of Puerto Rican victims of Sunday's attack. He talked to us about how this attack has made some Latinos feel even more isolated from the American identity that they've been trying so hard to inhabit.

Latinos At Home And Abroad Mourn After Orlando Shooting

Matt Thompson, a Code Switch founder and now deputy editor of TheAtlantic.com, described the way this attack hit home for him. He grew up in Florida, the son of immigrant parents who didn't know he was gay.

Finally, we spoke to Bilal Qureshi, a freelance journalist, former NPR producer and editor, and an American Muslim. He told us about the anguish he felt after realizing that what should have been a beautiful intersection of cultures had turned into a scene of incredible violence.

What Queer Muslims Are Saying About The Orlando Shooting

"An Afghan-American Muslim walks into a gay club in Florida on Latin night during Pride Month. In my dreams, that is the beginning of another great story of remix, tolerance and coexistence that is possible only in America," Qureshi wrote in an op-ed for the New York Times. "In reality, it's the start of a nightmare massacre fueled by hatred and perpetrated by a man from a group already scarred by a generation of suspicion and surveillance."

We'll continue to follow this story on the Code Switch blog and on the radio. Listen here.