Accessibility links
Food To Celebrate Freedom: Tea Cakes For Juneteenth! : Code Switch Juneteenth, the day when many African-Americans mark the end of slavery, is also associated with traditional foods from the black community. One woman wants to revive a traditional treat: tea cakes. 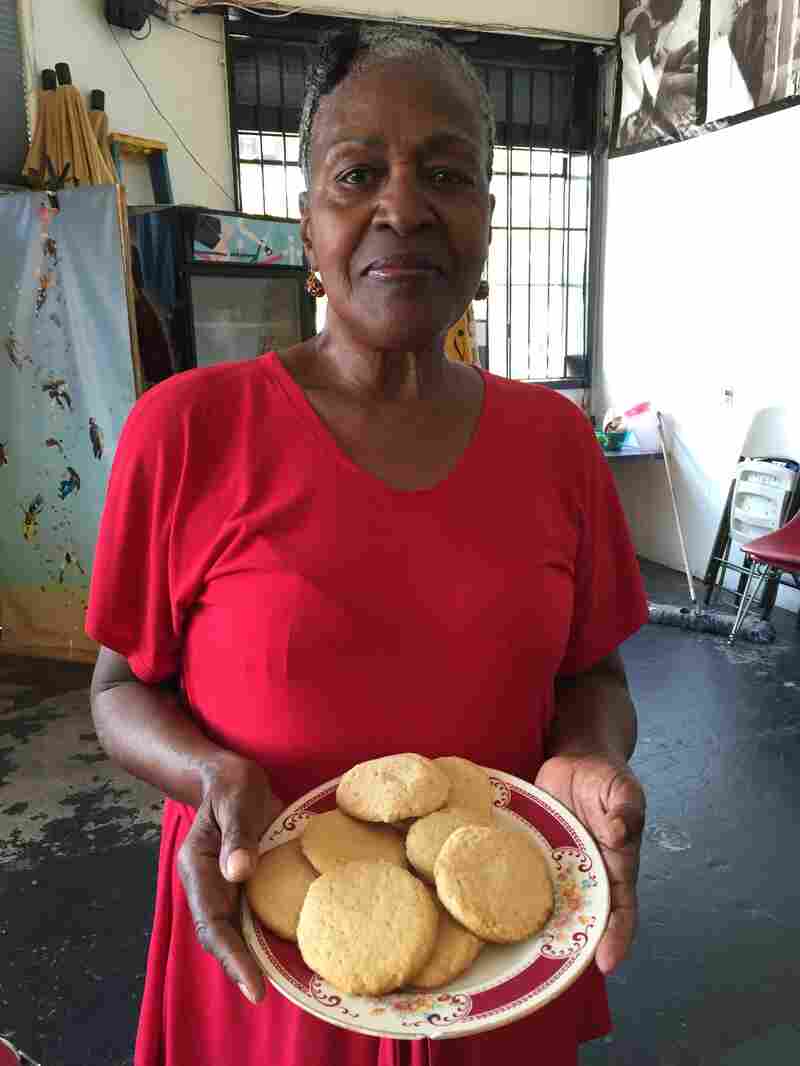 Former teacher Etha Robinson with her own tea cakes. She's hoping to revive the food that used to be a traditional treat in the African-American community. Karen Grigsby Bates hide caption 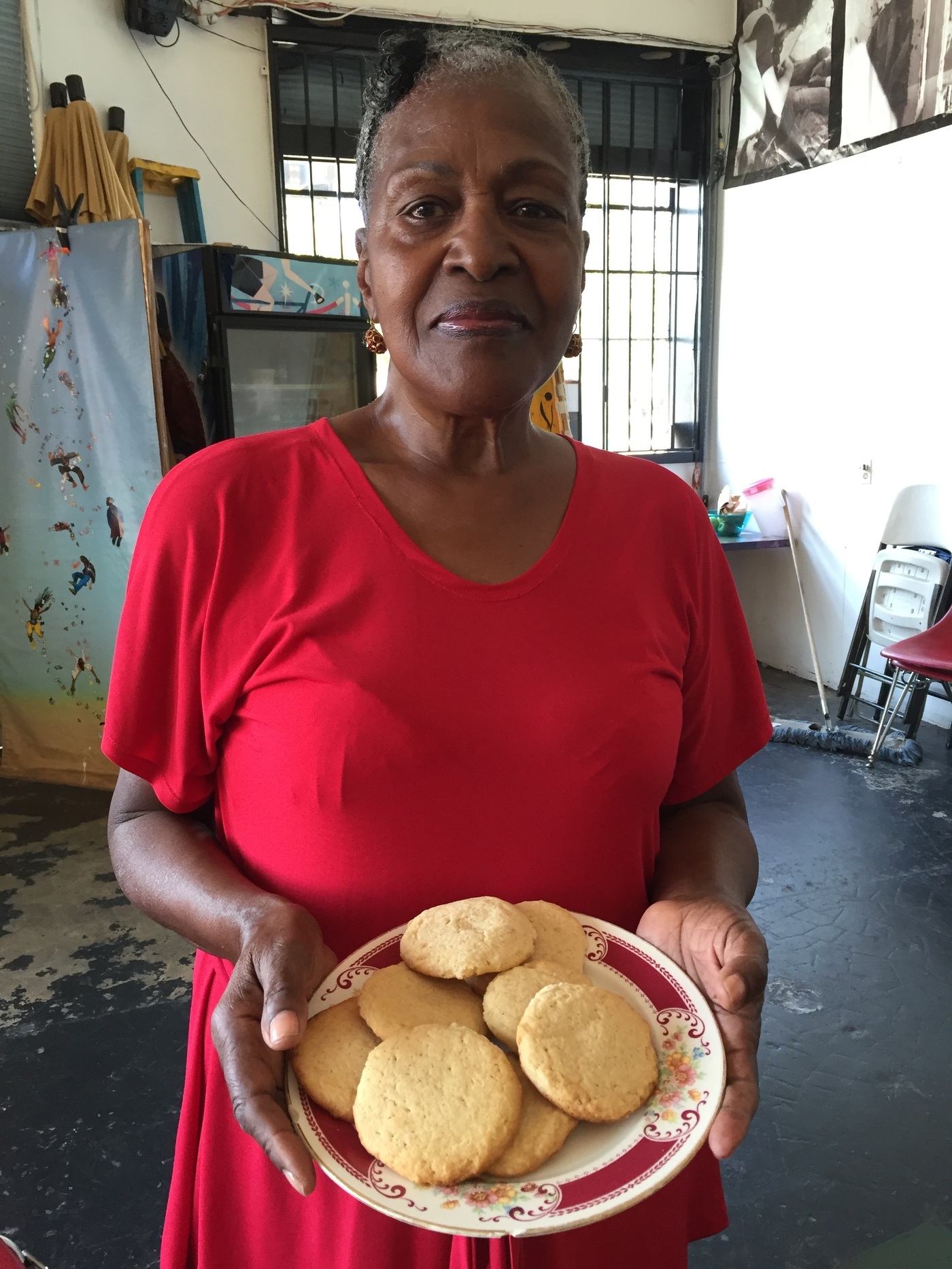 Former teacher Etha Robinson with her own tea cakes. She's hoping to revive the food that used to be a traditional treat in the African-American community.

Think of Etha Robinson as the Johnny Appleseed of pastry. Her mission, rather than planting apple trees, is to plant the idea of reviving the tea cake, a little cookie that has a lot of historical significance packed into it.

"There's an old saying," Robinson offers as she unpacks a china plate from the bag she's brought to our interview. "If you don't progress, you'll regress." She places a batch of golden cookies on the plate. "So my thing is, is we can revitalize the tea cake, and allow our young people to know about the heritage that their ancestors provided for them, then it's our responsibility to build upon what we were given."

And what better time to do that than on Juneteenth? It's the holiday celebrated in black communities around the country (and in recent years, around the globe) that marks the date — June 19, 1865 — when enslaved people in Galveston, Texas finally got word that the Emancipation Proclamation had been signed. The government had sent Army couriers from Washington to all slave-holding states to read the Proclamation aloud to all, but Texas was a long way away. By the time Major General Gordon Granger arrived at the Port of Galveston to spread the news of emancipation, two and a half years had passed. The occasion was commemorated with church services, communal picnics and parades--a tradition that continues to this day in many places.

The humble tea cake was often part of the celebration. It was, Etha Robinson says, a rustic approximation of the delicate pastries consumed in front parlors when white women entertained visitors. "Supposedly, tea cakes were made about 200 years ago, in response to the European tea cake, which was actually a cupcake," Robinson explains. Kitchens in the big houses had luxuries like sugar and butter. "At the time of slavery, our folks didn't have refined sugar for the most part. The used molasses, or things of that nature. They didn't often have butter, so they used lard. And eggs, sometimes. And baking powder. Maybe a little nutmeg, if they had any. That was pretty much it." 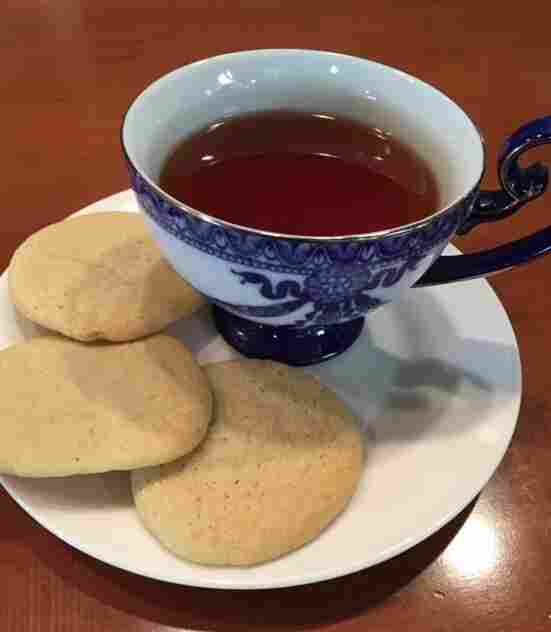 "Supposedly, tea cakes were made about 200 years ago. Slaves used the ingredients they had: molasses instead of sugar, lard instead of butter," says Etha Robinson. Karen Grigsby Bates hide caption 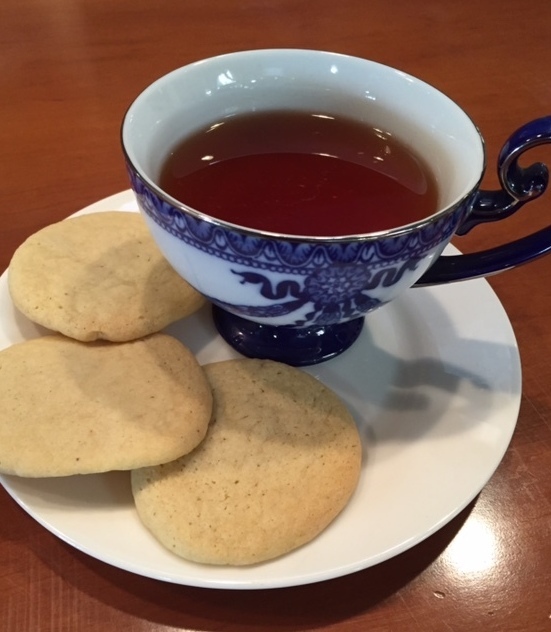 "Supposedly, tea cakes were made about 200 years ago. Slaves used the ingredients they had: molasses instead of sugar, lard instead of butter," says Etha Robinson.

"So basically," she continues, "it was a sugar cookie recipe, with spices. And if you had it, vanilla. A lot of things we take for granted now were considered luxuries at the time."

But the tea cake was more than a cookie. It's many Southerners' equivalent of author Marcel Proust's madeleine: a small cookie on the surface of things, but laden with emotional resonance. "We like to say it's more than a cookie," she says, "it's an experience." And she wants tea cakes to be as closely associated with black American culture as tortillas are with Latino culture and bagels with Jewish heritage.

Tea cakes aren't much to look at. If they're hand made, they're often not perfectly shaped (well, mine weren't!). But like the Italian hazelnut cookie called Brutti ma Buoni ("ugly but good"), the heavenly part is inside. As Robinson lifts the lid of a commemorative tin containing freshly baked tea cakes, the seductive scent of butter, vanilla and almond waft up. Biting into one of Robinson's tea cakes, I discover they're tender, not crisp, and a perfect synthesis of their ingredients. I could eat these forever.

"I had tea cakes growing up," Etha Robinson smiles. "we were poor, but we were not poor in thinking." Growing up in Yazoo City, Mississippi, Robinson says her mother and grandmother made tea cakes regularly. They'd be on hand in the kitchen for little hands to snatch en route to the back yard. "They had them in old lard cans or glass jars," she says.

And because they were hand-friendly (unlike banana pudding or a fruit cobbler), tea cakes often traveled. "We didn't have regular lunch boxes, so you packed some tea cakes, some fried chicken — if you were lucky — and some light bread," she say. "So that would be our snack when we were traveling on the Greyhound bus!" No reason they can't be brought aboard today's planes. Especially when many people think it feels like riding the bus.

Robinson says she often brings tea cakes with her when she lectures high school students (she's a retired biology teacher) and she's teaching them about their own heritage. "If they look back in their family history, somebody made tea cakes. Big Mama, Aunt Corine, somebody. So it's not so much about the cookie itself, it's about making a connection." And it's reviving a piece of Afro-culinary history that has long lain dormant. "During the Great Migration, we lost a lot of the things we did in the South," Robinson observes.

This particular tradition is easy to revive. "I would suggest you Google 'tea cakes,'" Robinson says, "there are a variety of tea cake recipes on the internet." She pauses. "Of course, I'm not going to divulge my secret recipe!" Robinson hopes to market that at some point in African-American museum gift shops, as she once did in Los Angeles. In the meanwhile, she's compiling a Tea Cake anthology; she has been collecting vintage tea cake recipes and the stories behind them in anticipation of publishing a book sometime in the next couple of years.

Till then, there's the interwebs. I found a simple tea cake recipe from Jocelyn Delk Adams. Her Grandbaby Cakes blog begat a cook book last year of the same name. Adams' Southern Tea Cakes Recipe yielded a lusciously tender cookie. (I substituted a teaspoon of almond extract for one of the two vanilla extracts the recipe called for, and added a bit of nutmeg. Worked great.)

So to celebrate Juneteenth, make some tea cakes, and call or visit Big Mama or Aunt Corine and them. And rejoice in your family ties.