Accessibility links
The Code Switch Podcast Extra: No Words : Code Switch It's hard to figure out what to say after this week's horrific violence, which began with two viral videos of police shooting black men and ended with a deadly attack by a gunman on police officers. 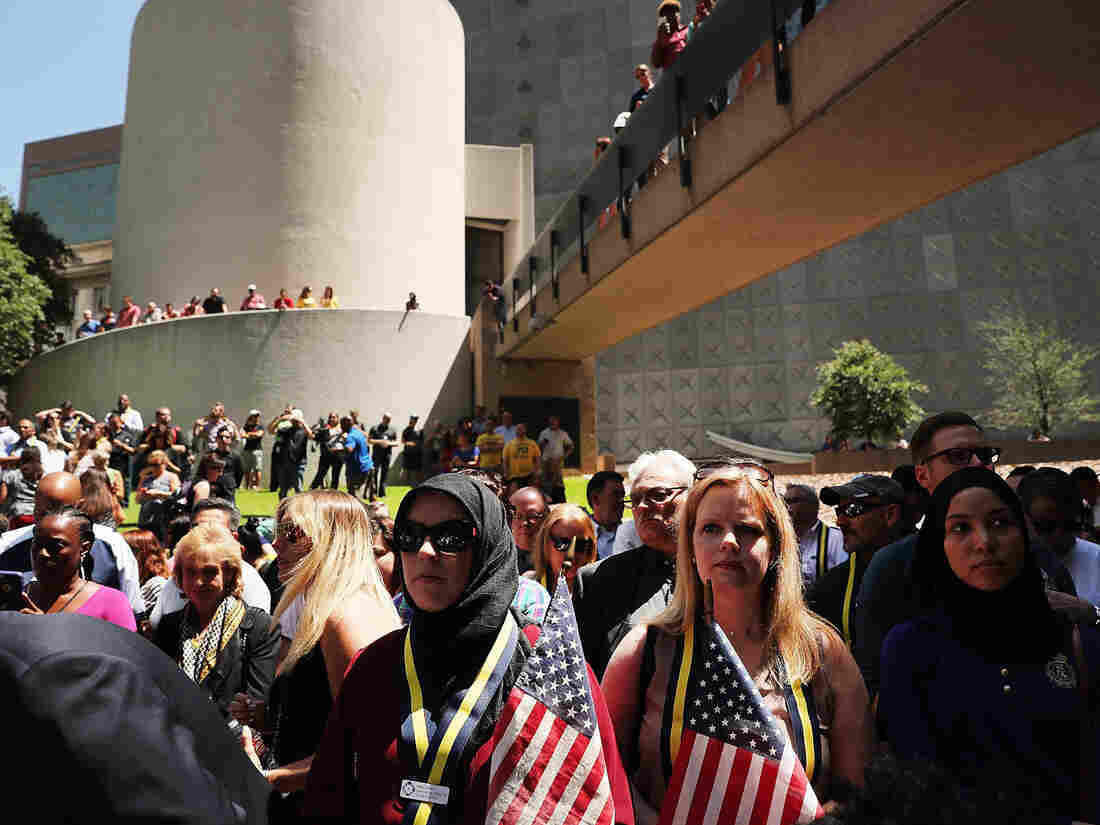 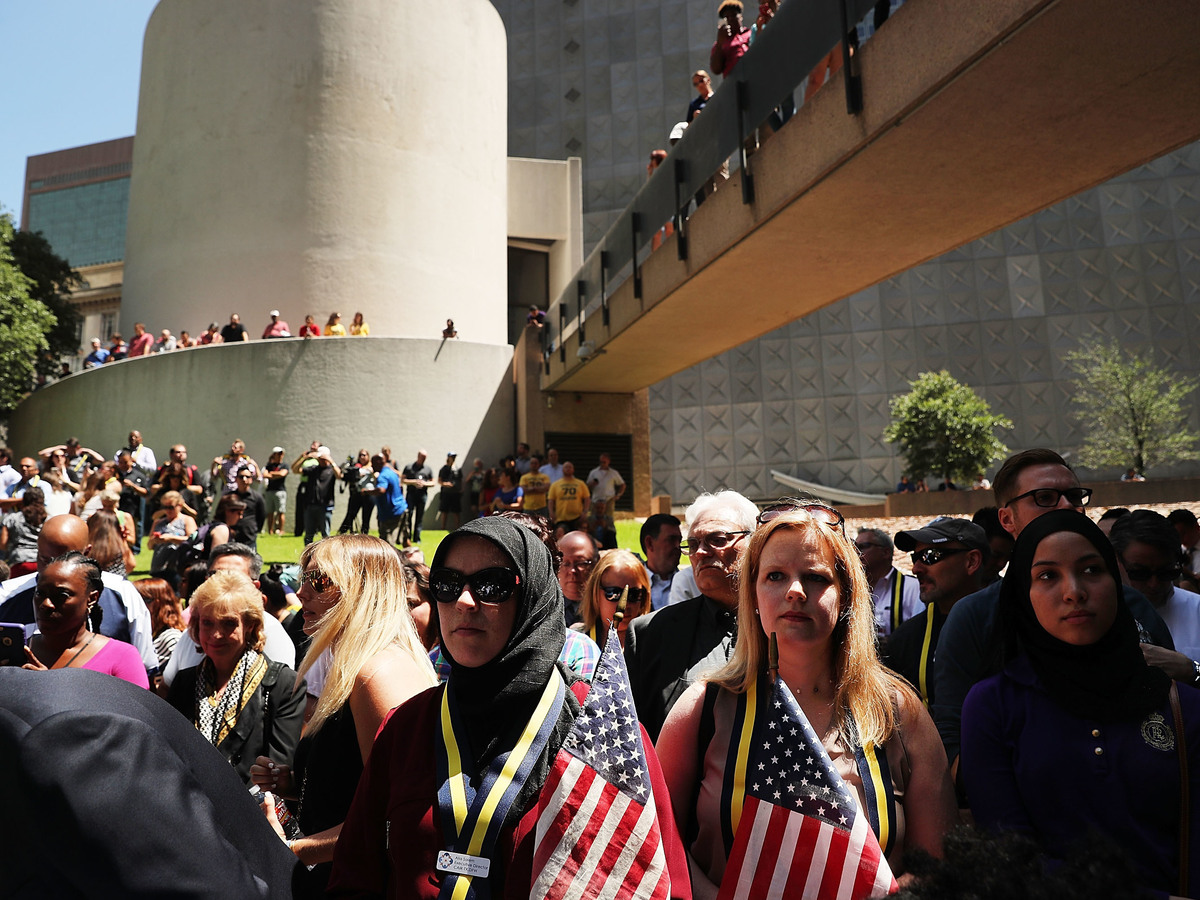 People gather in a prayer vigil following the shooting deaths of five police officers in Dallas on Thursday night.

It's hard to figure out what to say after the horrific violence of recent days, but Shereen Marisol Meraji and Gene Demby are our guides as they walk us through this week's extra episode.

The week began with the deaths — captured on videos that went viral — of Alton Sterling in Baton Rouge, La., and Philando Castile in Falcon Ridge, Minn., at the hands of police officers. And it raged on when — at a previously peaceful Dallas protest organized in response to those two deaths — a gunman opened fire on police officers patrolling the march, killing five officers.

We heard the conflicting emotions sparked by these events from many of our followers, and we spoke to Joe Jones, a Dallas resident trying to make sense of the tragedy that unfolded less than a mile from his apartment.

This episode, we spoke with:

"I think we're at the start of a conversation that's bigger than any individual moment and I think back to things like Charleston, and moments where our country has suffered a tragedy an we're able to feel that pain," Jones said. "But when that starts to subside, and we go back to thinking our own opinions on whatever issue, I'm worried it'll spiral back to where we started."

Shereen talks with Khalil Gibran Muhammad. He's a historian at Harvard who has written extensively about race, crime and policing and is the author of The Condemnation of Blackness. Muhammad offers his perspective about the historic tensions between African-Americans and police, and why the deaths of Castile and Sterling were so painful. "You should be able to be poor. You should be able to be doing something illegally that is non-violent, and live to have a day in court," Muhammad told Shereen. "That should be able to happen in this country. That's the end of it."

We're not done with this story — there's so much ground for us to cover. We'll be back in the coming weeks with more pieces, including ones that show the experience of police officers as they themselves navigate tragedies like these.