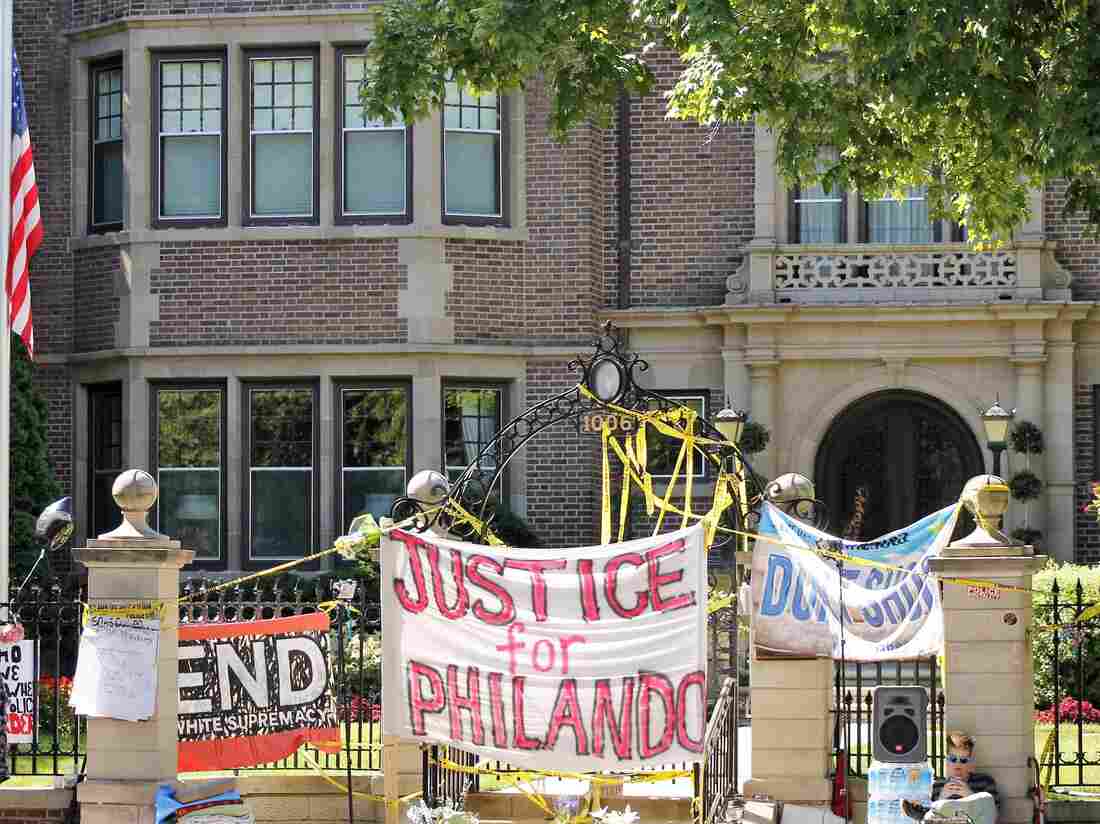 Signs are draped on the fence in front of the Minnesota governor's mansion on Saturday in St. Paul, Minn. Skip Foreman/AP hide caption 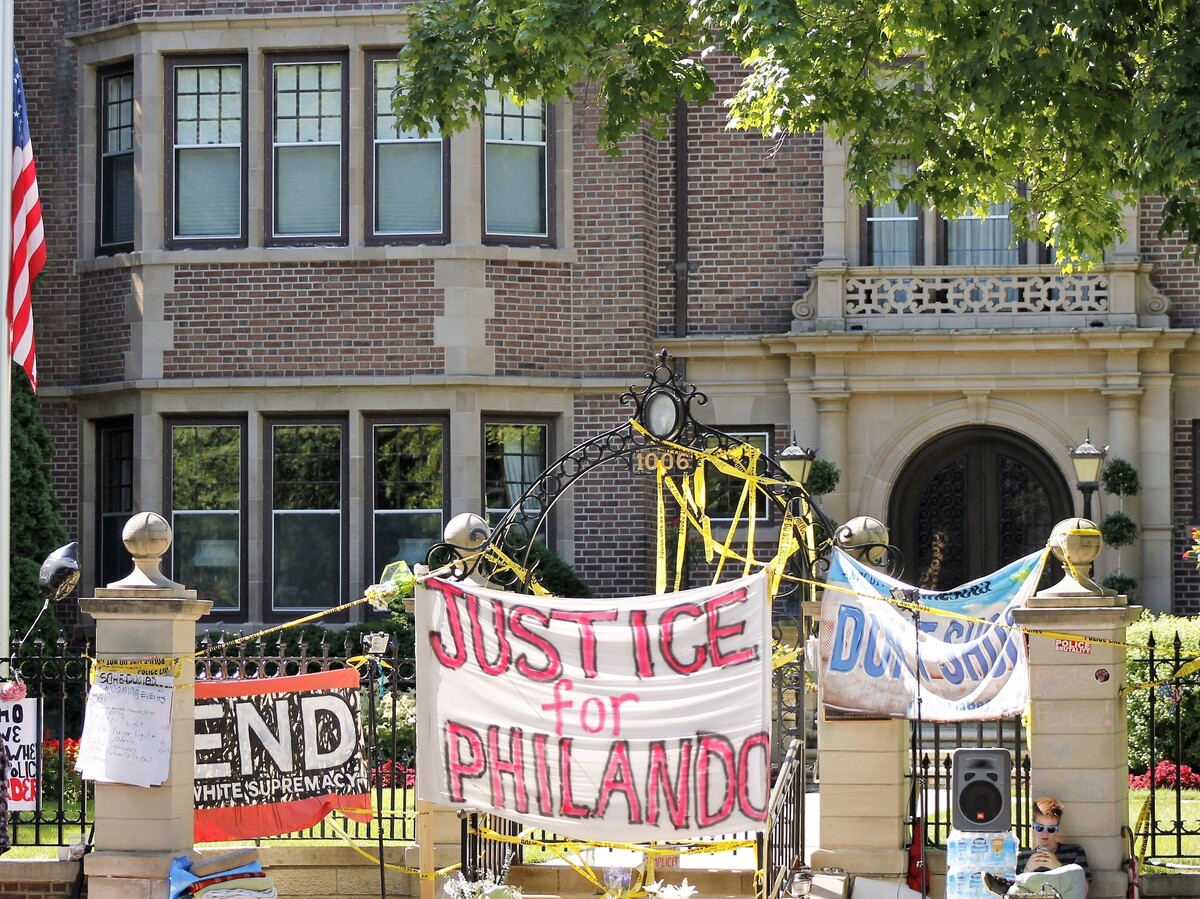 Signs are draped on the fence in front of the Minnesota governor's mansion on Saturday in St. Paul, Minn.

In the days since police officer Jeronimo Yanez shot and killed 32-year-old school cafeteria supervisor Philando Castile, thousands of people have taken to the streets to protest across the Twin Cities region. They've camped out in front of the governor's mansion, visited the site where Castile was killed, and marched and blocked traffic, demanding an end to police violence against black men and women.

Below, three area residents talk about what Castile's killing has meant to them. 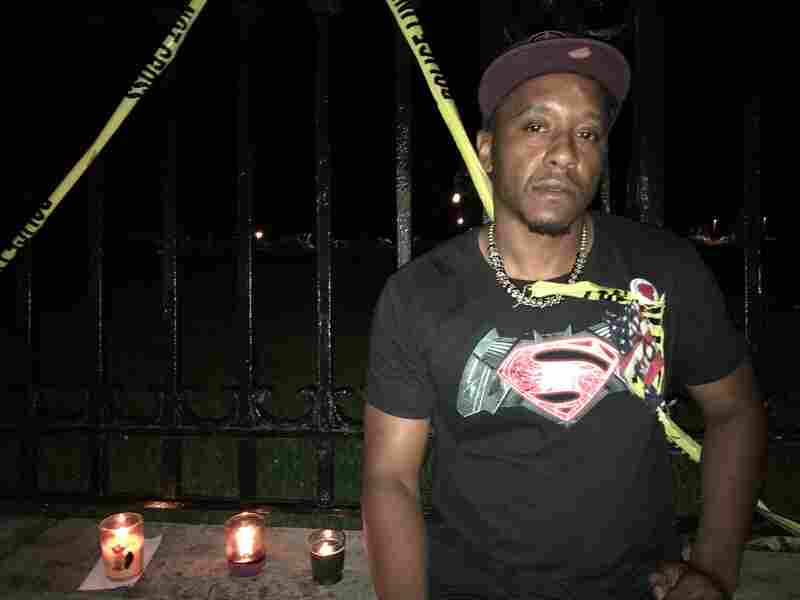 Adeniyi Alabi, at a protest outside of the governor's mansion in St. Paul, Minnesota. Adrian Florido/NPR hide caption 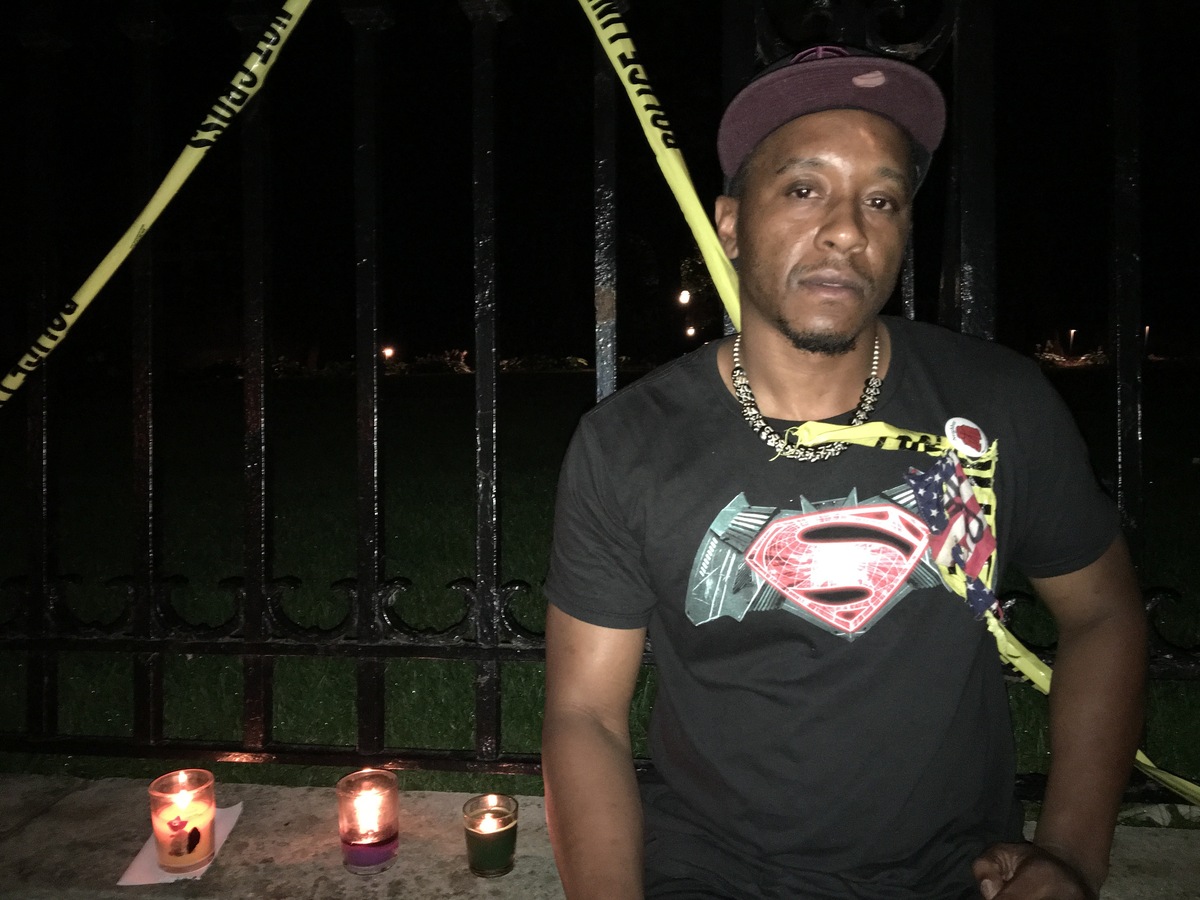 Adeniyi Alabi, at a protest outside of the governor's mansion in St. Paul, Minnesota.

Adeniyi Alabi got emotional as he recalled seeing the video that shows Castile soaked in blood and dying in the front seat of his car. "I saw myself in him," Alabi said.

One night a few years ago, Alabi said he was walking down the street in the town of Maplewood, near where Castile was killed, when a police car rushed up close to him. An officer got out, drew his gun, and told him to freeze. He said it took him a while to process that.

"All I could make out was a silhouette of a person with a gun," he said. Then he realized it was an officer. "And my demeanor is like, 'OK, you have to play it cool, you know, almost like it's 1920: Yes, suh. No, suh.' You have to be easy. Every African-American male knows that."

Keeping calm worked for him. But Alabi said that Castile's killing reminded him that sometimes, that isn't enough. 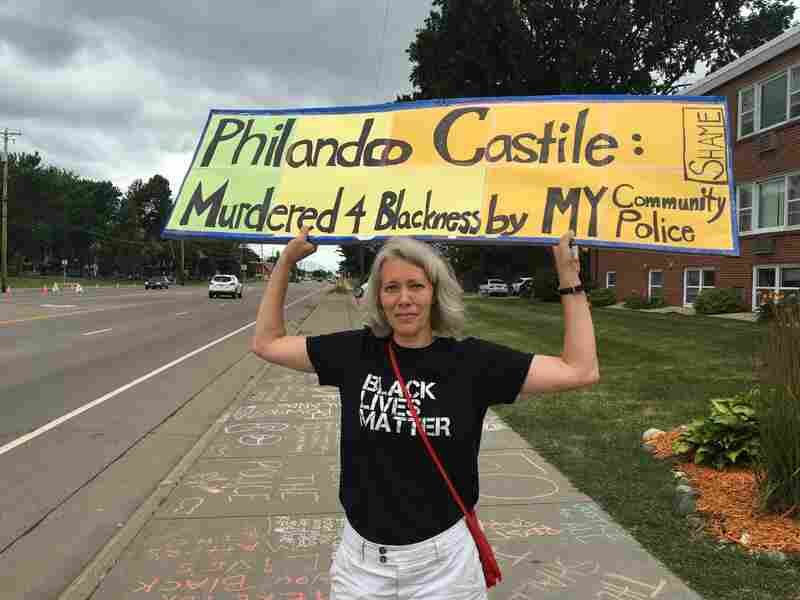 Anna Gambucci, protesting at the site of the shooting of Philando Castile. Adrian Florido/NPR hide caption 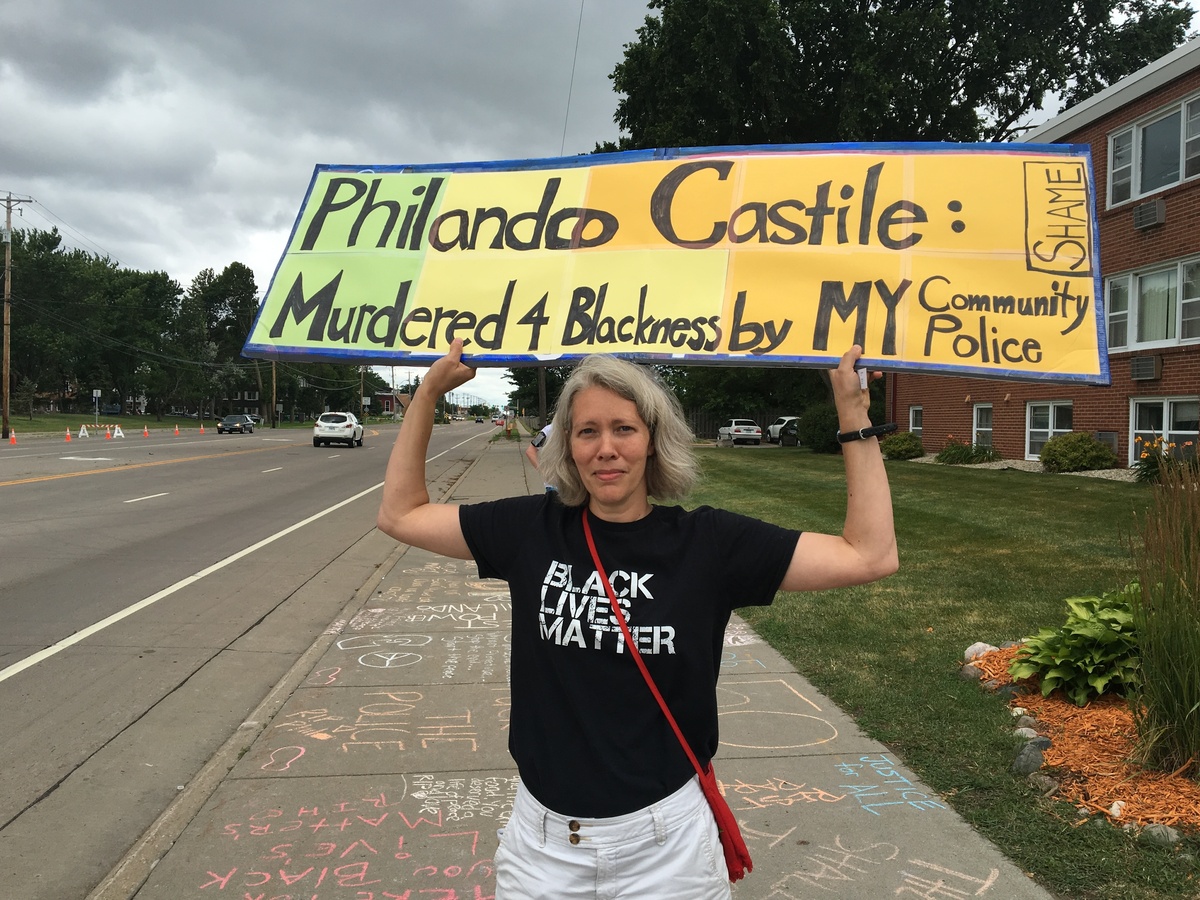 Anna Gambucci, protesting at the site of the shooting of Philando Castile.

By Friday morning, piles of flowers, stuffed animals and candles marked the spot in the St. Paul suburb of Falcon Heights where Castile was killed.

Anna Gambucci was standing there alone, holding a handmade sign that read: "Philando Castile: Murdered for Blackness by MY Community Police. SHAME."

Gambucci said she lives up the street in St. Anthony, in a white, progressive, middle class neighborhood. But she said that recently she'd been frustrated by the lack of interest that neighbors had shown in her efforts to start dialogue about racism in their city, and to find ways to support the Black Lives Matter movement. She said emails she sent to a community listserve were largely ignored. Some people responded negatively to a column she wrote in the community paper.

So when Castile was killed by a St. Anthony police officer, she said she couldn't help but feel like her community's reluctance to confront racial issues was partly to blame.

"Everybody is so delighted with their happy lives and feeling like there's so much do-gooding that's happening already," she said. "And there is a willful ignorance to the level of racial threat that people in our city, in our community face. And our community has essentially killed this man." 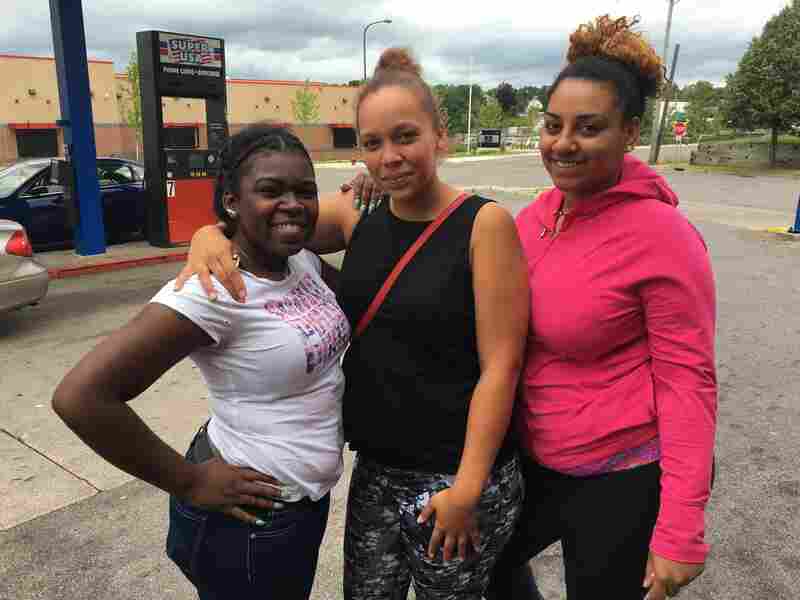 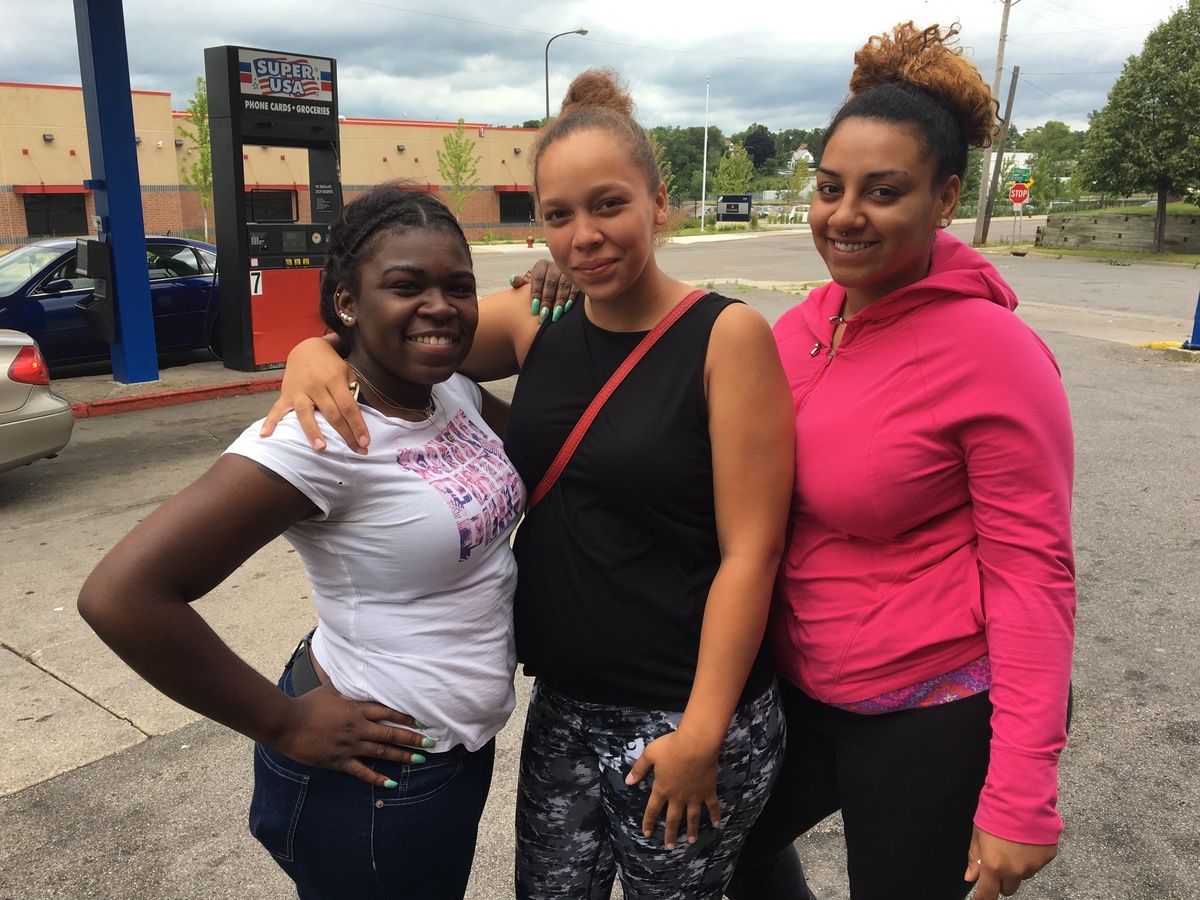 She said her oldest boy learned about Castile's killing on Facebook (though he did not see the video that Castile's girlfriend posted of the shooting's aftermath). Ever since, she said, her son doesn't want to leave the house.

"He said he's going in the house to play with his dogs and play his video games. He doesn't want to come outside. He's too scared," Harper said. "It's just too much for him."

Harper said that, for as long as she's lived in East St. Paul, relations between its black residents and police have been strained. She said officers once stopped and accused her of being a prostitute as she walked down the street, "just because there were men standing at the other end of the block."

She said when she was growing up, police would take the time to get to know people, waving to children and handing out stickers and pencils. But not in East St. Paul. She said her sons are scared of police.

"They don't even wave to them," she said, "'cause they said the police are bad." Hers cousin, Shalonda Harper, chimed in: "They think that they kill people now."