Accessibility links
After Dallas, Black Gun Owners Take Stock : Code Switch Many African-Americans keep guns for self-defense, dating back to Emancipation. But the shooting in Dallas, and recent killings of black men by police, have raised hard questions for black gun owners. 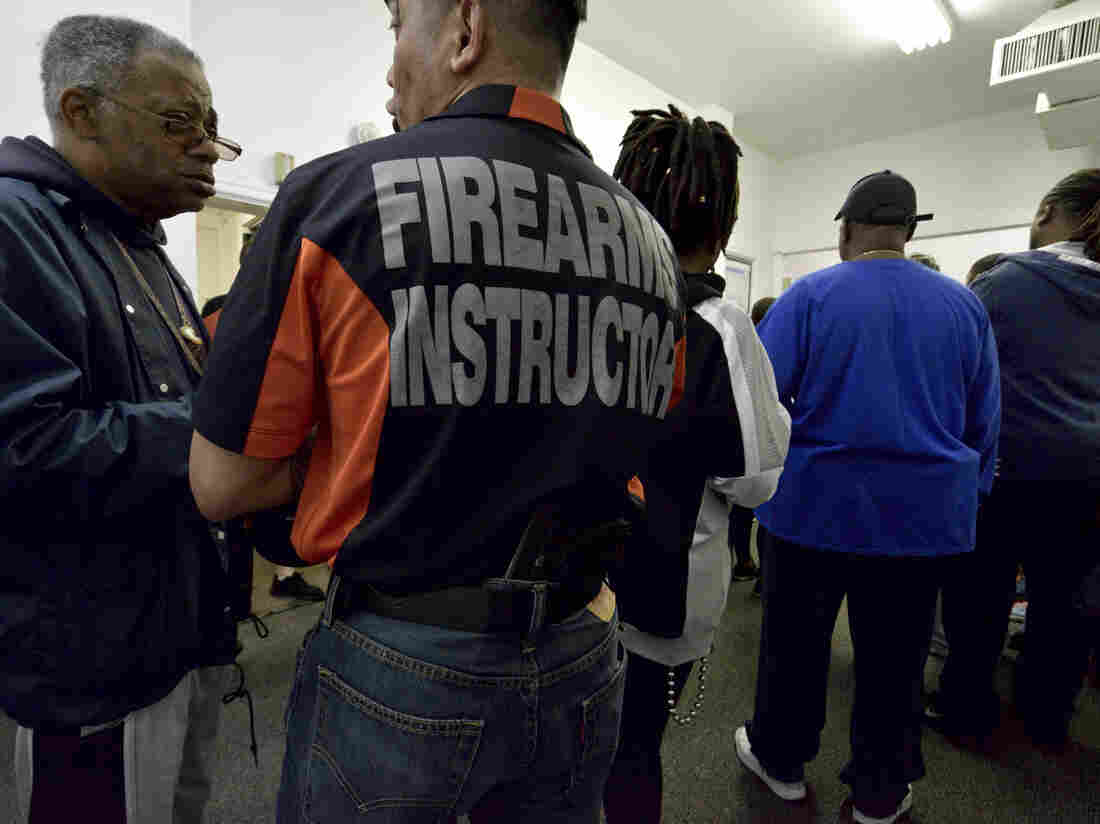 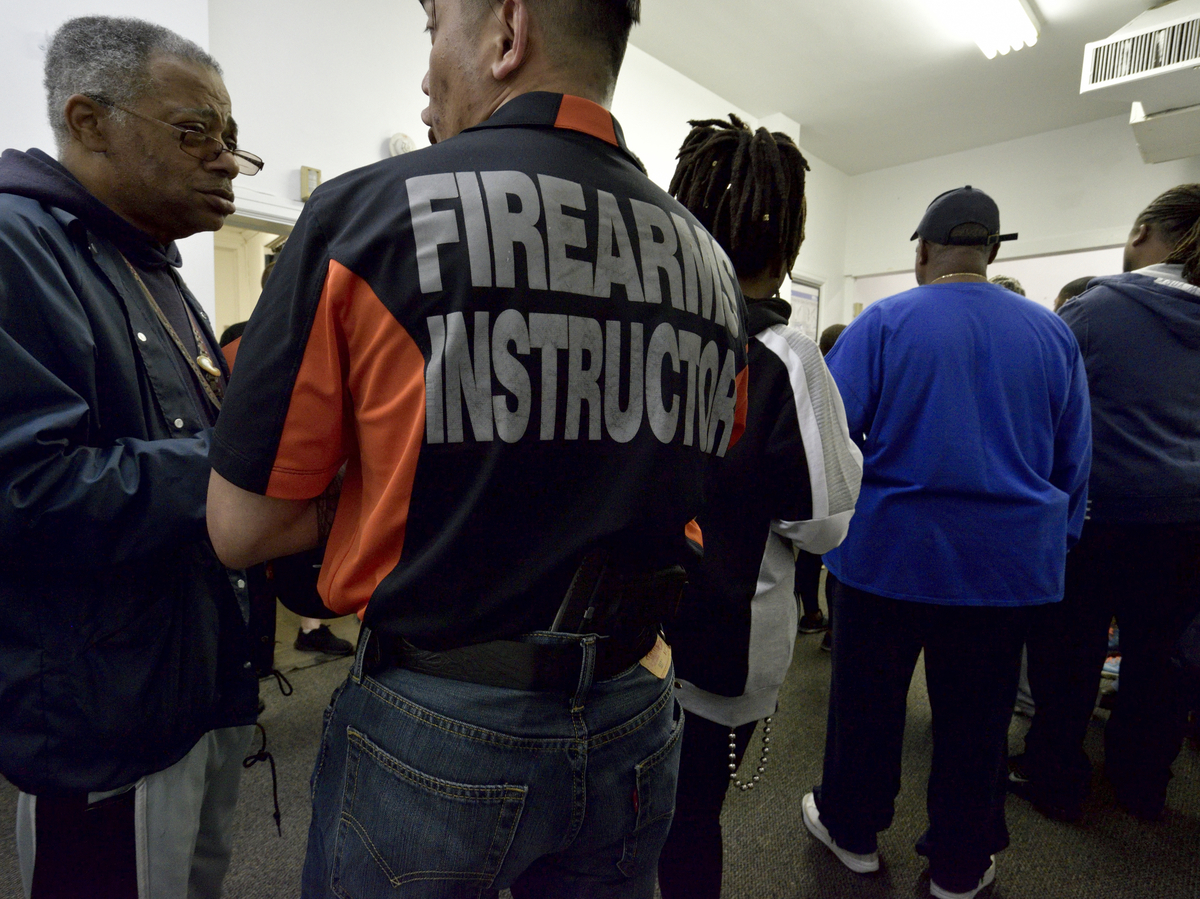 The deaths last week of three African-American men in encounters with police, along with the killing of five Dallas officers by a black shooter, have left many African-American gun owners with conflicting feelings; those range from shock to anger and defiance. As the debate over gun control heats up, some African-Americans see firearms as critical to their safety, especially in times of racial tension.

The Reverend Kenn Blanchard, who's known on social media as Black Man With A Gun, is an evangelical minister, former federal security officer, and firearms trainer. He's also a gun-rights advocate and the father of a young man. The police shooting deaths of Delrawn Small in New York City, Alton Sterling in Baton Rouge and Philando Castile in Falcon Heights, Minn. have shaken him deeply. So have the deaths of five Dallas police officers at what had been a peaceful protest march.

July 9, 2016 • It's hard to figure out what to say after this week's horrific violence, which began with two viral videos of police shooting black men and ended with a deadly attack by a gunman on police officers.

When Blanchard heard the news from Dallas, he says it catapulted him back to the racially-charged violence of 1968, when civil rights activist Martin Luther King, Jr. was assassinated, and many black neighborhoods in cities across the country went up in flames. He says the anguish of this week felt similar. "I thought, wow. The only thing's missing was the cities are not burning — but the internet was," Blanchard says.

Maj Toure had a different reaction. Toure is the founder of Black Guns Matter, a gun rights group that works in low-income Philadelphia neighborhoods to educate African-Americans about firearms. Toure says that many of the people in the neighborhoods he works in feel the police deaths in Dallas are, in some way, a consequence of the deaths of African-Americans in recent years at the hands of police officers who received little or no punishment.

"I'm not celebrating the loss of life on any side," Toure says. "But I understand why people are frustrated. I also understand why some people feel it's karma, or chickens coming home to roost."

Toure knows that the NRA has had a strained relationship with many black gun owners, but he is a member. Toure sees himself as offering a grassroots version of the controversial organization to his community.

"I don't think that what we're doing over here is any different, to an extent, than what the NRA is doing on certain levels," says Toure, "if you're talking about education, training, and getting people to be safe and know about their second amendment rights."

Toure also spends a lot of time teaching strategies to keep arguments turning into gunfights. It's not a matter of who has guns, he says, as much as it is how and when they use them. "More guns, less guns? Nah. More intelligent people. More intelligent conflict resolution. More intelligent, educated citizens, that's the goal," Toure says. 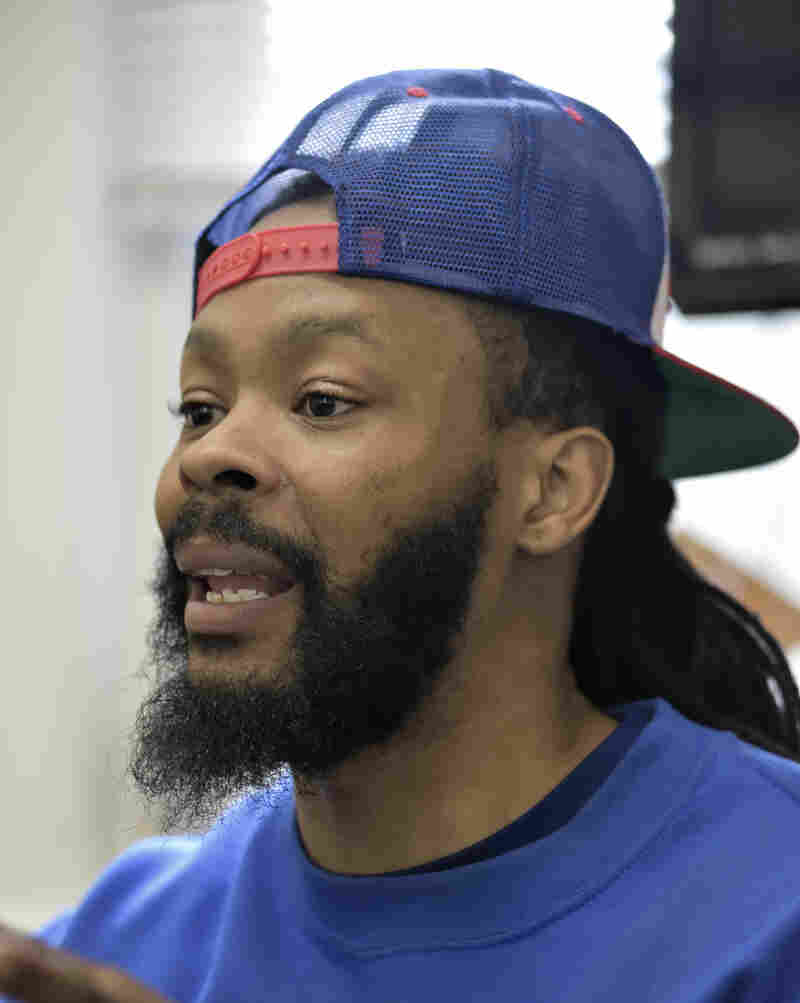 Maj Toure is a Philadelphia-based artist and the leader of the Black Guns Matter campaign. Bastiaan Slabbers hide caption 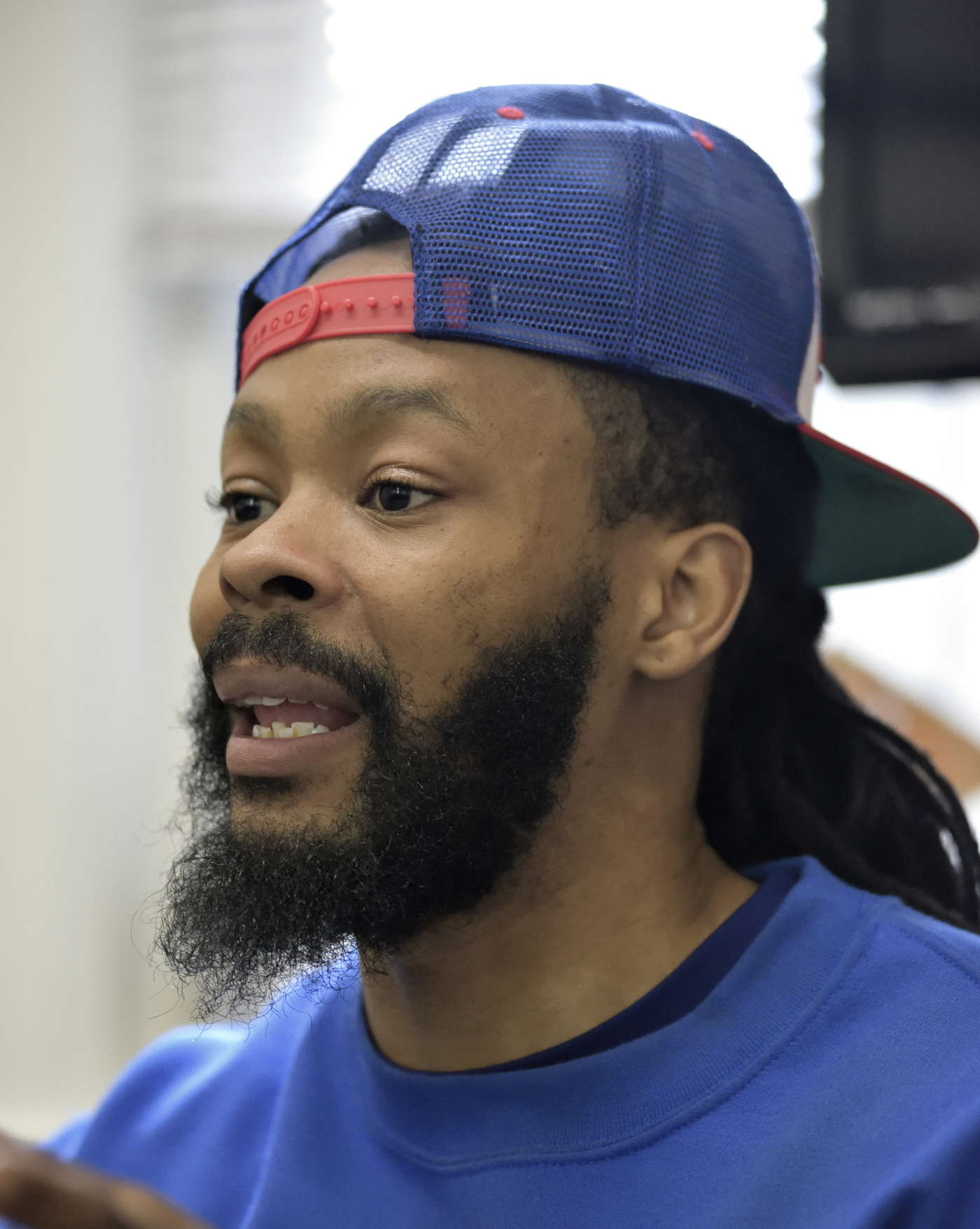 Maj Toure is a Philadelphia-based artist and the leader of the Black Guns Matter campaign.

But historically, gun rights — or the lack of them — for African-Americans were constrained by institutional racism, says Nicholas Johnson, a professor at Fordham Law School who specializes in issues involving guns, race and the Second Amendment. "Those laws were racially neutral, at least on their face," says Johnson. "But what the history of discretionary permitting showed was they were administered in a quite openly biased way."

Johnson says going back as far as Emancipation, many black Americans have always kept guns for self defense, especially in areas where they didn't feel protected by the local law enforcement.

He also notes that the feelings of insecurity that often come after high-profile shootings like those this week can drive up gun purchases by people of all races. "You watch the data that comes out from the ATF whenever there is one of these sorts of episodes, we end up with record numbers of gun purchases occurring during that month."

Johnson says that's already apparent in a spike in sales after June's mass shooting in Orlando. He expects the July numbers will also go up.

That could have its own consequences. More armed citizens, in turn, can make for jumpier police officers. Kenn Blanchard says he's drilled his son relentlessly on how to interact with the police if he's stopped so the young man doesn't end up on the wrong end of a service revolver. And he follows his own advice.

"Unfortunately, there's nothing you can do except follow every rule there is and pray it doesn't happen to you," Blanchard says.