Accessibility links
Black Lives Matter Founders Describe 'Paradigm Shift' In The Movement : Code Switch "We're part of a movement that's been happening for hundreds of years, and this just happens to be a tipping point," says Patrisse Cullors, one of the founders. 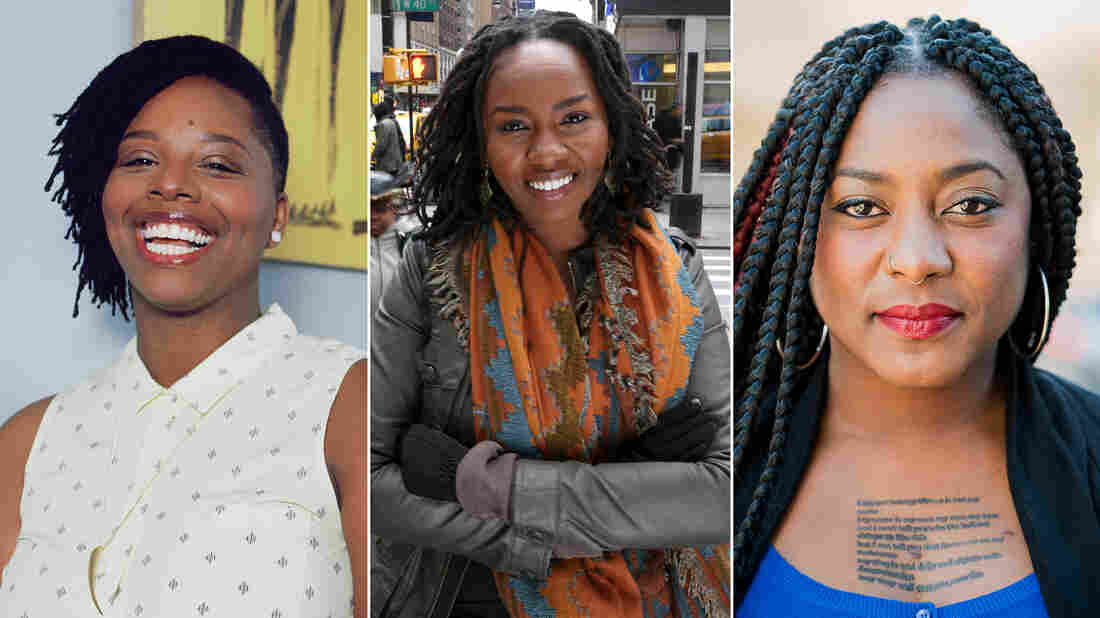 The Black Lives Matter movement was formed three years ago. That phrase — "Black Lives Matter" — first came up in a frustrated Facebook post in response to the George Zimmerman case. A jury acquitted him after he killed 17-year-old Trayvon Martin in Sanford, Fla. Then, Black Lives Matter became a hashtag and soon, a national movement.

NPR's Ari Shapiro talked with three of the founders — Alicia Garza, Patrisse Cullors and Opal Tometi — about the cultural shift they've seen in the past three years, the frustration that's bubbled to the surface in that time and what they still want to see change.

On describing this moment

Alicia Garza: I would describe this moment for the movement as a real paradigm shift. It is a indicator of what is to come. But it also, I think, points to the agency that we have, collectively, to change our conditions. I think if we demonstrate a collective commitment and a collective practice to changing not just how police and policing happens in this country, but certainly to changing the conditions that black communities are living and existing in, then we have a real shot for living in a world that is more just, more equitable — in a world where black lives actually do matter.

On if this is a turning point for the movement

Opal Tometi: So I do see this as a very real turning point for the movement. What we're witnessing right now is a deepening level of commitment from people of conscience from all different walks of life. We're seeing a really vibrant, multiracial movement for Black Lives. And we're seeing it evidenced by the people who still committed to being in the streets this weekend, even though we did experience a shift in the narrative and a shift in the understanding of what was happening because of the really unfortunate and sad events in Dallas.

The #BlackLivesMatter Movement: Marches And Tweets For Healing

Patrisse Cullors: I think all of us inside of this movement have a deep understanding that what happened in Dallas was a tragedy and that we also can hold the tension of what continues to happen in black communities, which is being brutalized, killed and abused by the state, often at the hands of law enforcement. And so I think people are smart enough to be able to understand that both things are tragic, but — not but — and that we can't be deterred from fighting for black lives. The conversation about Black Lives Matter is an age-old conversation. You know, we talk about this movement really blossoming in the last three years. But we often — the three of us — talk about that "we." We're part of a movement that's been happening for hundreds of years, and this just happens to be a tipping point.