Accessibility links
Diversity In Book Publishing Isn't Just About Writers — Marketing Matters, Too : Code Switch For writers of color, the lack of diversity in book publicity departments can feel like a death knell. 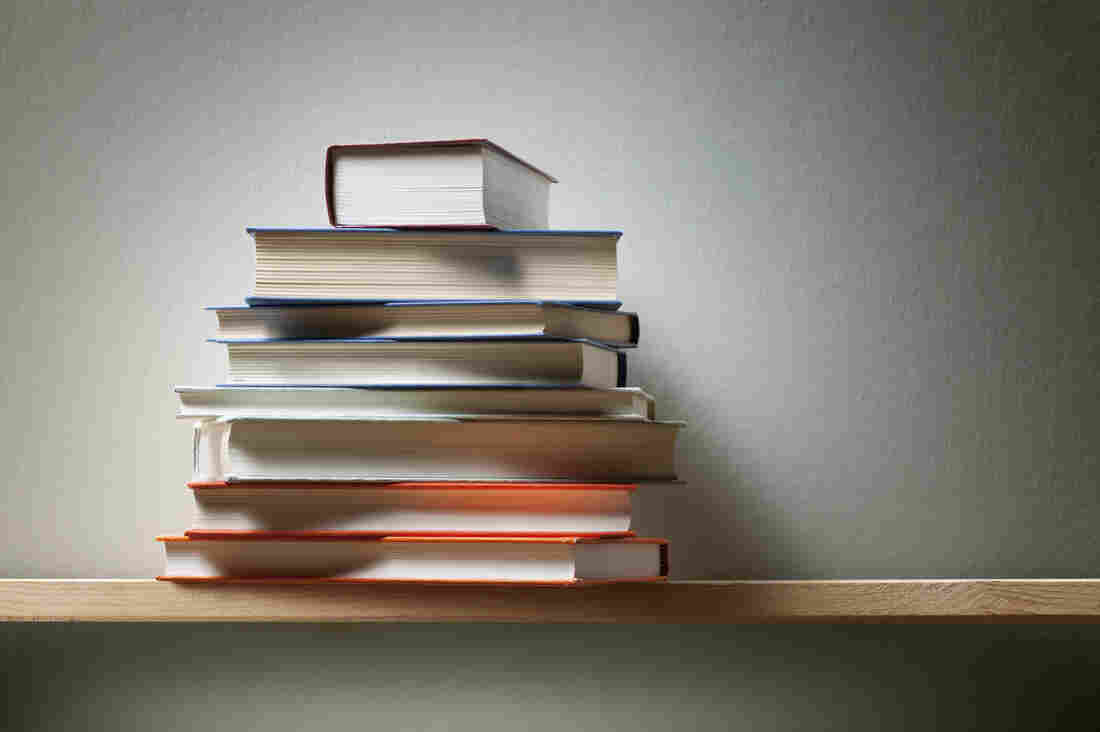 In the world of books and literature, "diversity" has recently become hotly debated, along with other cultural and media spheres. Though a few writers of color seem to be getting more shine, the demographics of those working behind the scenes in publishing remain almost entirely white. malerapaso/Getty Images hide caption

Novelist Angela Flournoy recently said, "I think it's an undue burden for the writer of color that's just trying to get people to care about their book as much as other people's books, to then also be the one to have the answers."

Flournoy, writer of the acclaimed novel The Turner House, was speaking on the extent to which writers of color are asked in interviews about publishing's diversity gap, and challenging the notion that they hold the key to solving the industry's historic and systemic whiteness.

In the world of books and literature, "diversity" has recently become hotly debated, along with other cultural and media spheres. Though a few writers of color, like Flournoy, seem to be getting more shine, the demographics of those working behind the scenes in publishing remain almost entirely white.

In 2015, Lee & Low Books, an independent publisher of multicultural children's and young adult literature, launched the first major study of staff diversity in publishing. Over 40 publishers and review journals participated. The findings revealed that across the board, nearly 80 percent of those surveyed who worked in publishing self-identified as white.

How To Sell Diverse Books: A Bookstore Owner's Advice

The Lee & Low survey also reported on staff demographics by departments. In Marketing and Publicity, 77 percent were white. These are people who make decisions on how to position books to the press and to consumers, and if and where to send authors on tour — critical considerations in the successful launching of any publication. For writers of color, the lack of diversity in book publicity departments can feel like a death knell.

Kima Jones, who owns the publicity company Jack Jones Literary Arts, says, "There needs to be more women of color in publishing, in positions of power, period. As I see other book clubs and speaking series, reading series, organizations pop up that are dedicated to writers of color, queer writers, disabled writers, other marginalized writers, I'm like: yeah, do that! This is what we need."

As a publicist, Jones is an expert in culturally specific marketing. The agency partners exclusively with writers who have been historically underrepresented in publishing; her client roster includes the New York Times bestselling novelist Dolen Perkins-Valdez, contemporary young-adult author Lilliam Rivera, and the writer and activist Sarah Schulman, among others. She also represents Kimbilio, an organization that supports and develops fiction writers from the African diaspora. 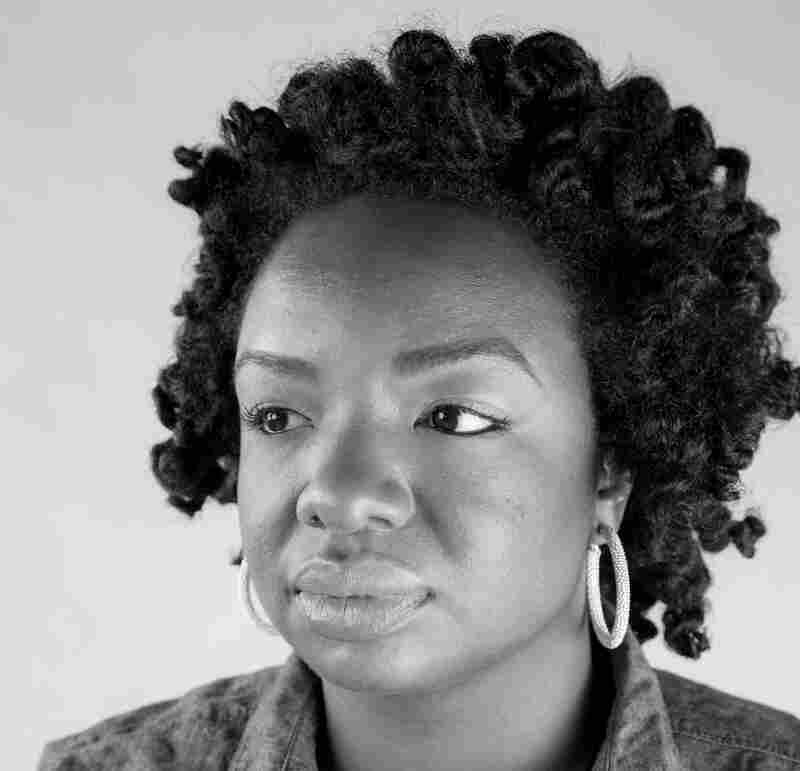 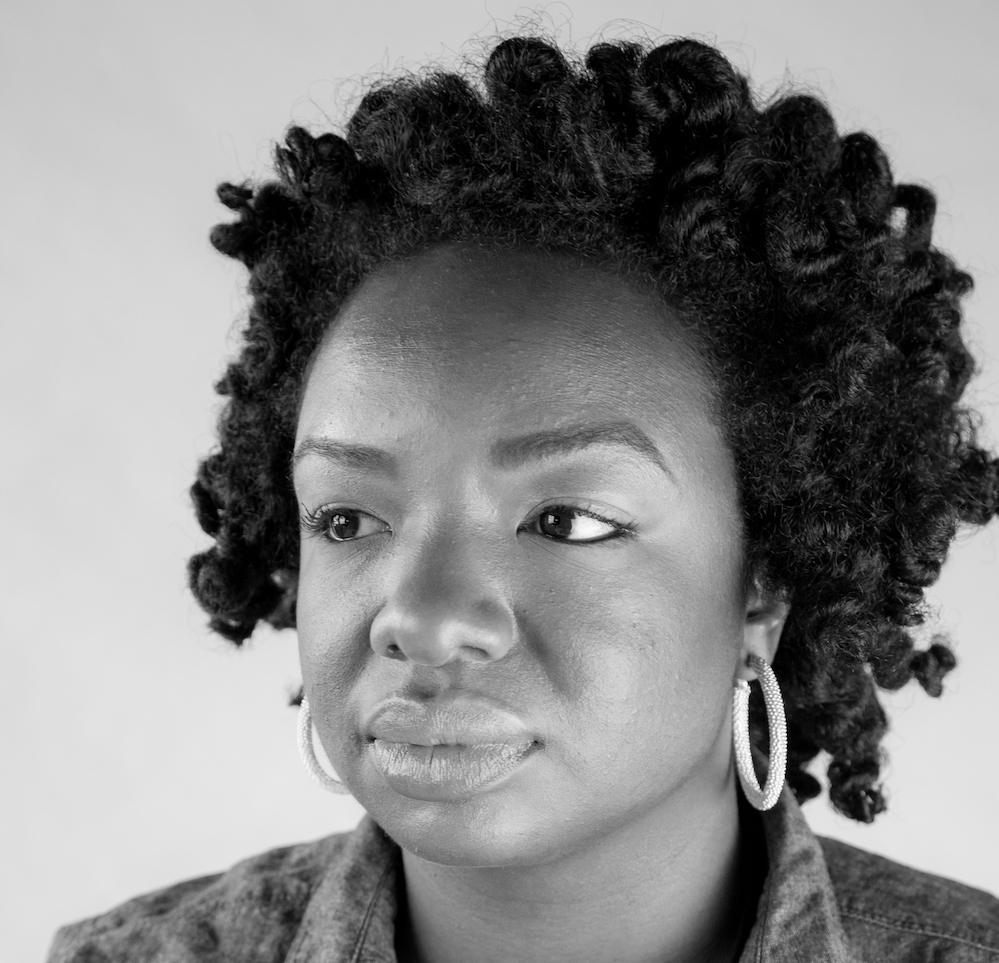 Kima Jones, who owns the publicity company Jack Jones Literary Arts, says, "There needs to be more women of color in publishing, in positions of power, period."

"I want to affirm the work of writers that have the burden of feeling like a publisher doesn't know how to market them, how to talk about them, how to 'find their audience,'" she says. "That's the writer I'm interested in."

Jones founded her publicity company in 2015. In a little over a year, Jack Jones Literary Arts has grown from two clients to 17. "Ninety-five percent of my clients are writers of color," Jones says, and this is a point of pride for her. A self-described "queer black girl from Harlem," Jones says, "I grew up reading everything from Daddy Was a Number Runner to the work of Gayl Jones, Sandra Cisneros, Toni Morrison, Toni Cade Bambara, June Jordan."

A native of New York City, Jones now makes her home in Los Angeles, where she's lived ever since being awarded the PEN Center USA Emerging Voices Fellowship a few years ago. (Besides her publicity work, Jones is also a published poet, fiction writer and essayist who is currently pursuing her MFA in fiction at Warren Wilson College.)

Publicists like Jones, with proven experience connecting clients with a multicultural readership and who are adept at new methods for generating online buzz for writers, feel especially important at a time when the literary world seems to be exploding with voices from the margins. The 2016 shortlist for the prestigious PEN/Robert W. Bingham Prize for debut fiction, which comes with a covetable $25,000 award, was filled entirely by writers of color, including Flournoy. One nominee on that list, Viet Thanh Nguyen, went on to win the Pulitzer Prize for his novel, The Sympathizer. (The PEN/Bingham was claimed by Mia Alvar, for her story collection In the Country.)

The 2016 shortlist for the prestigious PEN/Robert W. Bingham Prize for debut fiction was filled entirely by writers of color. PEN America hide caption

The 2016 shortlist for the prestigious PEN/Robert W. Bingham Prize for debut fiction was filled entirely by writers of color.

"We're at a beautiful place in publishing now," Jones concedes, but she offers a caveat. "What bothers me is when people say we're in a new cultural moment. We're not really ... Black people and people of color have been cultural producers across art, literature, music, for decades. It's just now that we're in a time in the history of publishing where we're starting to get more representation and pay for our work, getting the awards for our work, getting recognized."

Of course, identifying as a person of color doesn't automatically render a publicist culturally competent in promoting books by diverse writers. "It's not enough to say, for example, that black people will read this book. Black people are not a monolith," says Jones. "Or, it's not just that this author's Japanese, let's do something at the Japanese cultural center, it's not as simple as that."

Each client is unique, she says. For past projects, she has researched segmented audiences ranging from retired African-American women's books clubs, South Asian soccer organizations, Trinidadian-interest media outlets both stateside and abroad, to extracurricular programs geared toward South Bronx teens. She works both as a lead publicist on projects and has been hired to take on the culturally specific campaign for a book, while the publisher's in-house team focuses on traditional, mainstream press.

According to a 2015 U.S. Census report, more than half of U.S. children under 18 will be part of a minority ethnic or race group by the year 2020. As the nation's population moves steadily toward a "minority-majority," can we hope to see more books by and about people of color?

If the last 20 years are any indication, change is slow to come. The Cooperative Children's Book Center has been tracking the number of books by African-American, Asian-American, Native/First Nations, and Latino book creators since 1994; over the past 20 years, the number of multicultural books has hovered around 10 percent, with a sudden surge in 2015 to 20 percent.

Hannah Ehrlich, director of marketing and publicity at Lee & Low Books, says: "When you're marketing diverse books, it's important to build connections with influencers within communities that the book is about who will become the evangelists." According to Ehrlich, librarians and educators have long been supportive of diverse titles, ahead of the trade market. "I think it's starting to catch up," she says. "All the people on the trade side are realizing we have a diverse country and we should be marketing to our entire population."

As a case study, she cites Yummy: The Last Days of a Southside Shorty, a graphic novel by G. Neri based on the true story of a young boy in a Chicago gang. It's one of Lee & Low's most successful books. Ehrlich says: "We got a lot of help from librarians who work in juvenile detention centers. For them it was a really special book because up until then, there hadn't been books that reflected the realities of their students."

As for Jones, she believes that "the independent bookstore is by far our best friend, and underused. It's about getting the book to the bookseller, putting it on the staff recommended shelf." She laments the closing of La Casa Azul in East Harlem, New York late last year. "That store was a beautiful place for Latino and Latina writers, for people interested in Latinx literature. When you lose a store like that, you're also losing community."

In Los Angeles, there's Eso Won Books in Leimert Park, a black-owned bookstore that's been in business for nearly three decades. James Fugate, one of the co-owners, says: "Our store is the kind of space that allows black writers to come in and feel at home. When they come here they can speak their mind, they know the owners, there's a multicultural, diverse audience. Whereas when they go to a Barnes & Nobles, it's got to be a different feeling."

Eso Won has hosted signings with big names like Muhammad Ali, Terry McMillan, and Ta-Nehisi Coates, as well as countless up-and-coming novelists and poets since the store's opening in 1989. When we spoke, Fugate was busy preparing for an event with Walter Mosley, the best-selling crime and mystery writer. Like many authors with whom Fugate and his co-proprietor, Tom Hamilton, have built meaningful relationships, Mosley has been holding readings at Eso Won for years.

Fugate tells a great story about a young writer whose first signing at Eso Won in 1995 drew a measly crowd of 10 people, "and five of them worked at the store!" In 2006, that same writer's second book signing with Eso Won attracted nearly a thousand fans. "And now, he's the president of the United States," says Fugate, revealing the identity of the writer and his two books, Dreams from My Father and The Audacity of Hope.

The anecdote about President Obama's reception from one book to the next is an outlier — no literary writer can reasonably expect to match that level of fame — but Fugate's point is that at Eso Won, the owners are committed to supporting black writers at all stages of their careers.

"With black writers and other minorities, the history of publishing has been unreceptive," Fugate says. "I think it's important we have stores and spaces like Eso Won. If you go to most other independents, they will have a section of African-American books. But a whole bookstore filled with books on African-Americans? That's something that people should see."

"Books are not going to stop anytime soon," publicist Kima Jones says. "Racism says that black writers and writers of color can't write the 'great American novel.' This conversation is decades old; people need to see that black literature is not anthropology. This is art making. And to say it's anything other than that is lessening the integrity of the art."

For her part, Jones is working hard to make sure that her clients get the same fighting chance at literary glory as anyone else. Whether that's a culturally specific campaign or organizing a national tour aimed to draw as many attendees as possible across the country, Jones says what keeps her going is her love of literature, period. "I love books," she says. "I'm a person who advocates for literature all the way around. I love introducing readers to a new voice that's not like any other voice that's out there right now."

Jean Ho is a writer in Los Angeles. She is currently a doctoral candidate in USC's Creative Writing and Literature Ph.D. program.