Accessibility links
Episode 13: Struggling School, Or Sanctuary? : Code Switch Black kids are disproportionately affected by school closures. Shereen Marisol Meraji reports on what it's like when a predominantly black neighborhood loses its only public high school. 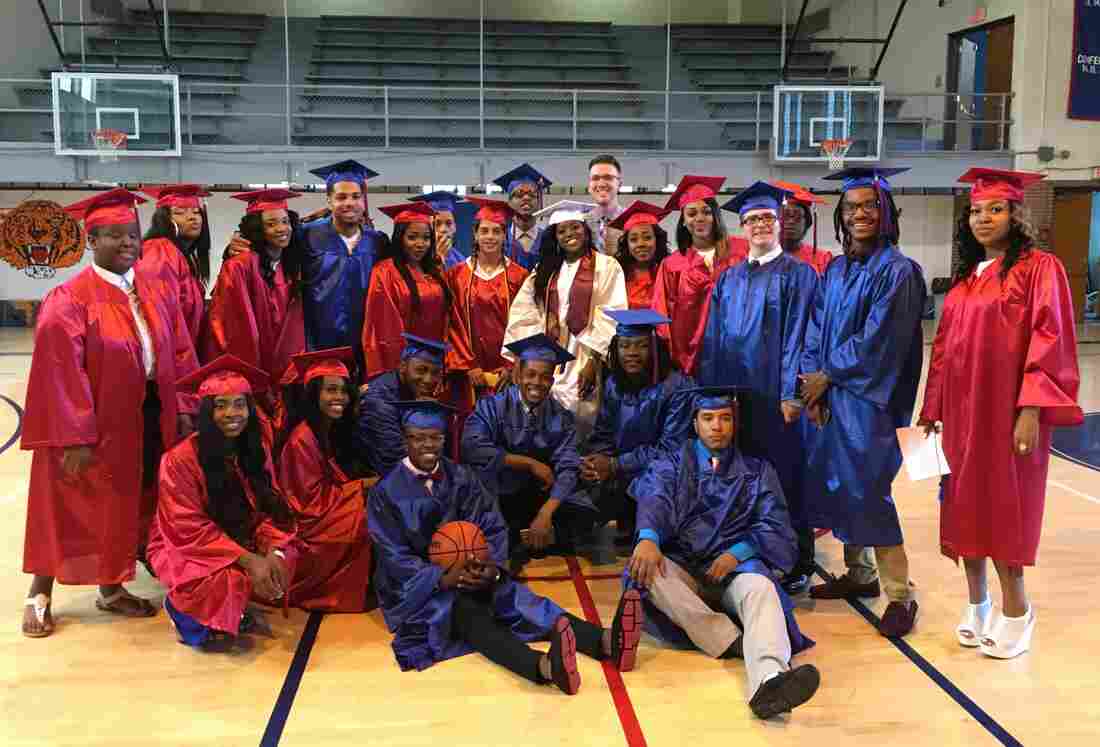 Wilkinsburg High School's class of 2016, its last graduating class after over a century in operation. Shereen Marisol Meraji/NPR hide caption 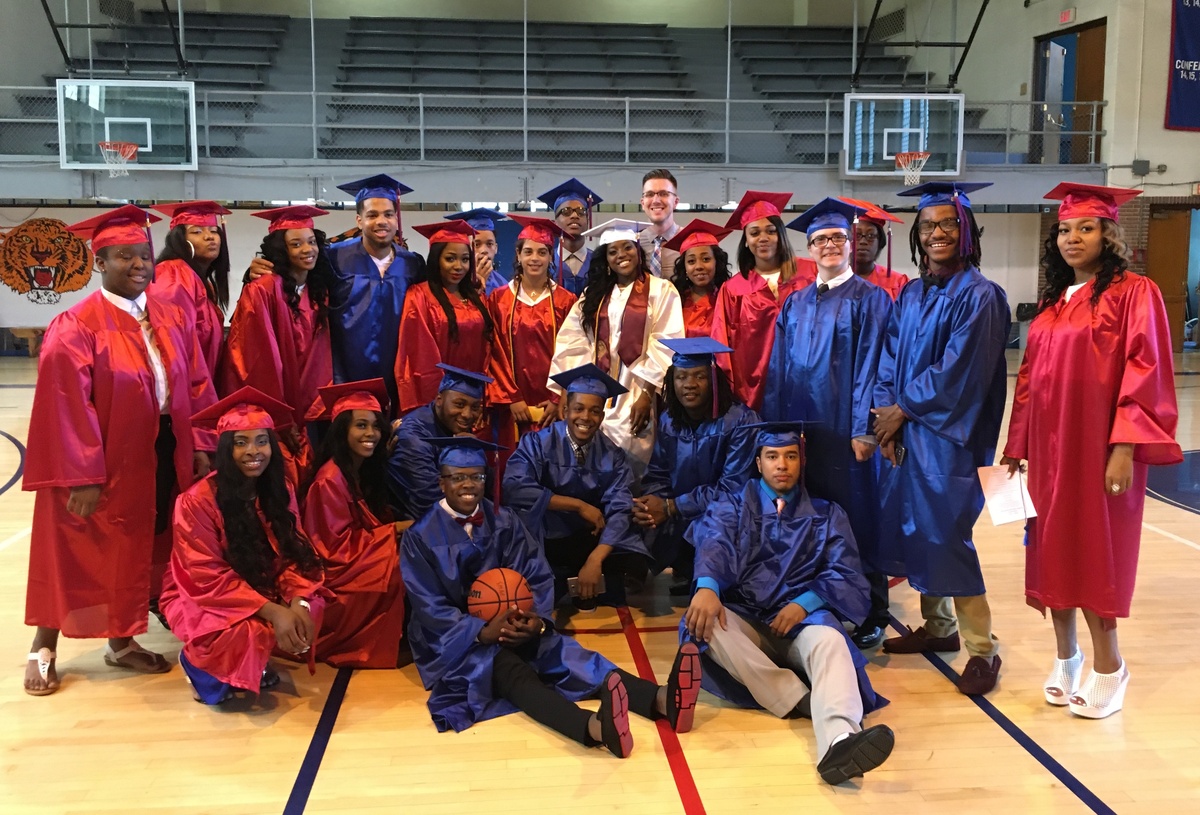 Wilkinsburg High School's class of 2016, its last graduating class after over a century in operation.

Kids are headed back to school, and this year, a couple hundred thousand K-12 students will be walking unfamiliar halls because their previous public school closed, according to data from the National Center for Education Statistics. Over the past 15 years, between 1,000 and 2,000 public schools have shut down each year.

Schools close for all kinds of complicated reasons, from demographic changes to the impact of federal laws like No Child Left Behind to sputtering state budgets. There are lots of arguments over who's to blame and whether a school's closure was a good thing or a bad thing.

On the Code Switch podcast, we dig into the story of one such school, in Wilkinsburg, Pa., a tiny Pittsburgh suburb where the town's only public joint middle and high school recently closed. Nearly all of Wilkinsburg Jr. and Sr. High's students were black and eligible for free and reduced lunch. The school wasn't meeting state performance standards and had been hemorrhaging students for years.

I traveled to Wilkinsburg earlier this year, along with NPR's Chris Benderev, for a story that originally ran on NPR's Embedded podcast, and which we're also sharing with you here.

We talked to students trying to make sense of the closure, like 15-year-old Tiana Ramsey, who said she thought race might have played a role. "I think it's because we're African Americans, we're black, that's why they're shutting the school down."

We also spoke with parents and teachers who were trying to figure out their next move. Keri Boyer, a teacher who spent 17 years working at the school, turned down a job offer because it meant leaving mid-year. "My heart is here," she told us. "I'll be waiving the white flag at the end of school. I'm going down with the ship."

Benderev and I discovered the unique role this neighborhood school played after five people in Wilkinsburg were murdered at a cookout in what local news outlets have called a mass shooting. One of the women killed was a parent of two Wilkinsburg High students and a popular team mom.

Code Switch wants to do more on the topic of school closures and what's lost when a neighborhood's public schools shut down. My co-host Gene Demby called them "anchors of continuity in the places where we are from" in a piece from last year:

Schools are where young people first learn how to interact with their communities in official and personal capacities, and offer a touchstone to reconnect with way down the line. Our schools are signposts in the stories we tell ourselves about ourselves and our communities. When I was reporting from Ferguson last summer, folks I talked to from all over St. Louis told me that the customary greeting asked of strangers upon the first meeting is, "What high school did you go to?" The answer, they said, carries with it all sorts of local meaning about just who you were and who you knew.

So, we want to hear from you. Have you graduated from a school that no longer exists? Tell us your story. Call 202-836-7703 and leave us a message. Or send us an e-mail: codeswitch@npr.org. We may share it more widely and it could air on an upcoming episode of the podcast.