Accessibility links
'Southside With You,' About The Obamas, Has Us Asking: Where Is The Love In Black Movies? : Code Switch The movie Southside with You is opening in theaters. The film follows Michelle and Barack Obama's very first date, and shows something we don't get too see too often in film: black romance. 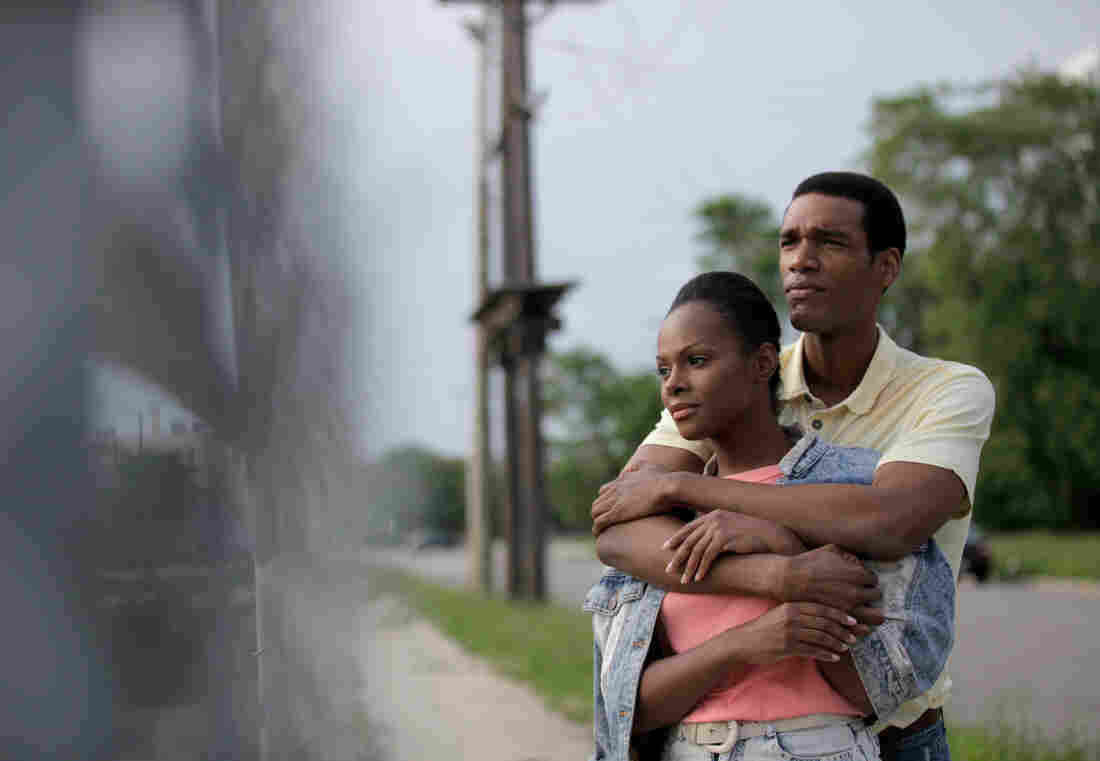 Tika Sumpter and Parker Sawyers in Southside With You. Pat Scola/Courtesy of Miramax and Roadside Attractions hide caption 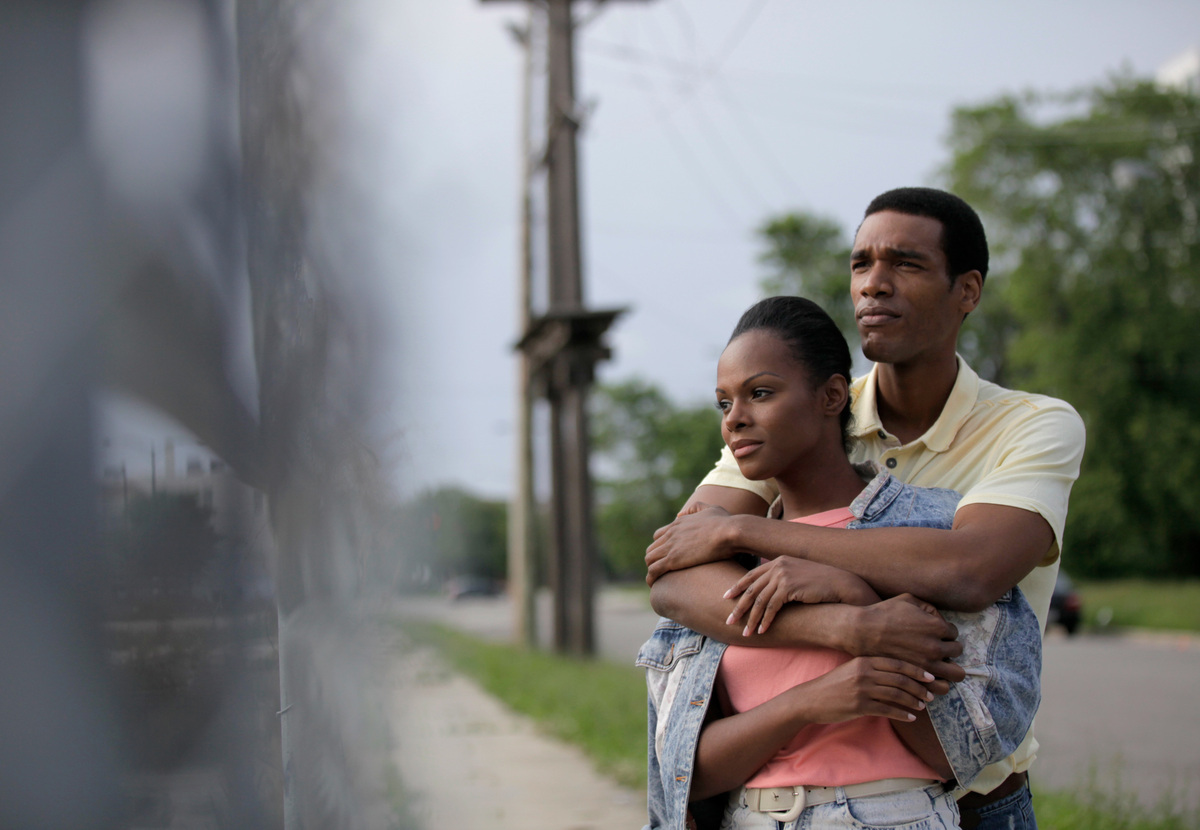 Tika Sumpter and Parker Sawyers in Southside With You.

Good news: We've got a Code Switch podcast extra for you this week — Karen Grigsby Bates sat down with NPR's movie critic, Bob Mondello, to talk about Southside with You, a new independent film about Michelle and Barack Obama's very first date, back in the summer of 1989.

The film takes place over the course of a single afternoon, and, as the title suggests, is set on the South Side of Chicago.

Famous subjects notwithstanding, Southside with You is your typical date movie, complete with meet-cute antics (Barack shows up late; Michelle refuses to admit she's on an actual date.)

But, as Karen and Bob point out, there's something amazing in the film's simplicity — and that's because it's pretty uncommon to see everyday black romance on the screen today. 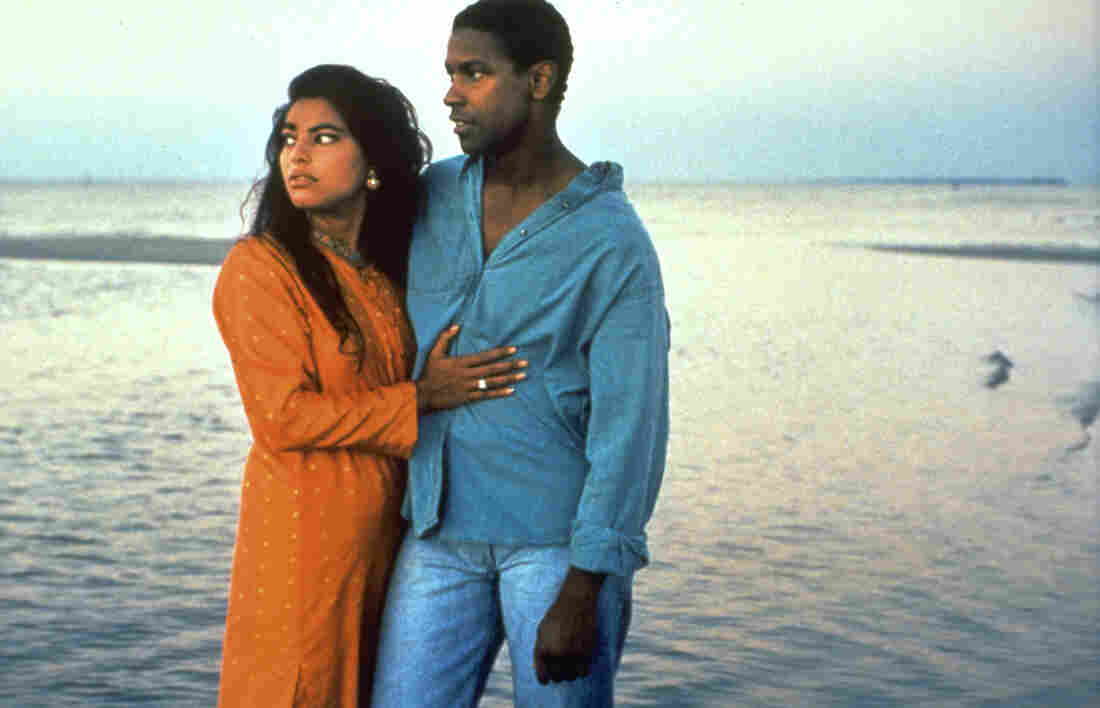 The film is "not about other things, it's just about the two of them getting to know each other," Bob says. "What's remarkable about the film is that at any given moment, it's not being remarkable. It's being lifelike. And that is such a rarity in movies. You don't see African-American characters behaving in a way that is just, sort of, normal."

Bob says the film industry has a bit of a checkered history when it comes to black-on-black love. Some of the earliest examples he's found were musicals — full, operatic productions, like Cabin in the Sky, Porgy and Bess, and Carmen Jones. He and Karen theorize that stylizing black love with music was a way of making it safe for white audiences — because, as Karen ponders, "Who has sex in a musical?" (OK, we know, we've seen Spring Awakening, too.)

In 1961, that began to change with the film adaptation of Lorraine Hansberry's A Raisin in the Sun. The film starred Sidney Poitier and Ruby Dee, and was, in many ways, a showcase of normal black love. Over the years, Poitier became the paragon for a black male romantic lead in the movies. Later on, it seemed that Denzel Washington might fill that space, with roles like Demetrius Williams in Mississippi Masala in 1991. But unlike Poitier, Washington didn't keep playing the perfect guy in movies — Training Day and American Gangster were hardly rom-coms.

But in 2016, it's once again become rare to see two black characters fall in love on screen. The simple presence of that love story is what makes Southside with You special — even more than the fact that we're watching full-length fan fiction of a sitting president and First Lady.

You can listen to the rest of the discussion here, and subscribe to the Code Switch podcast at NPR's podcast directory or on iTunes. Be sure to follow us on Twitter @NPRCodeSwitch — we want to hear your favorite examples of black love on screen.