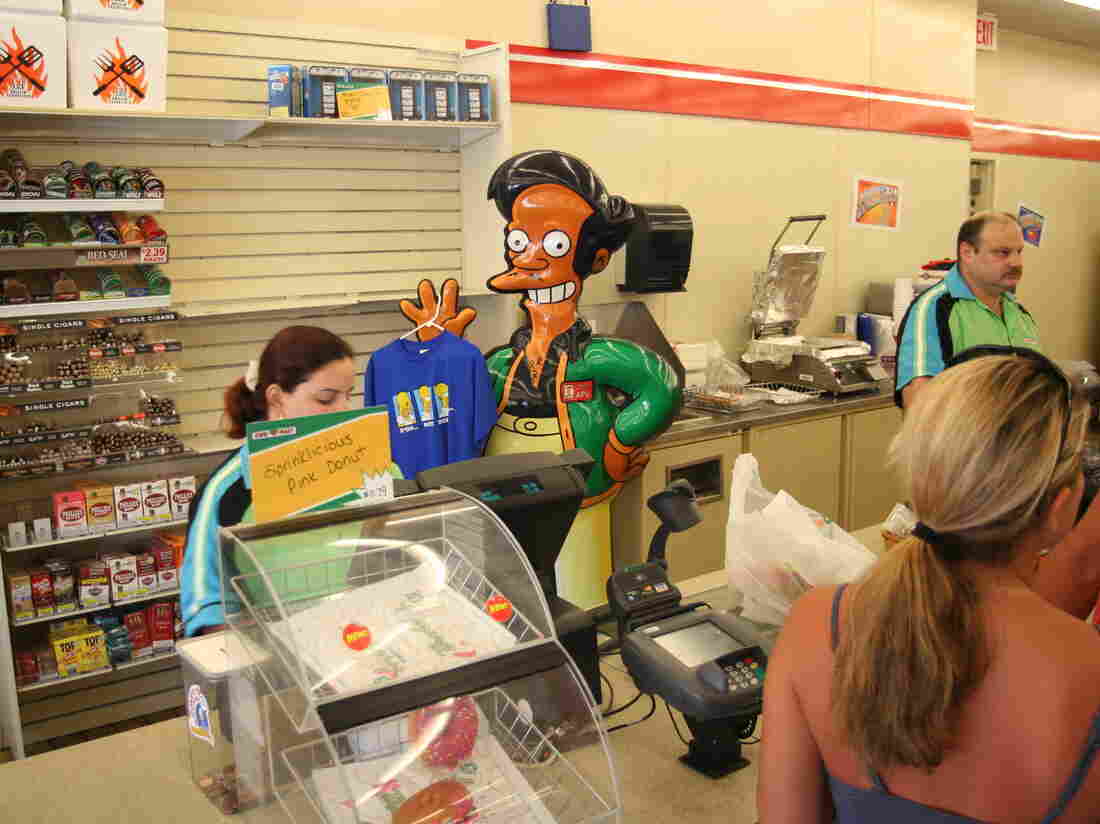 Actor Hank Azaria was once asked how the Simpsons writers created one of his most famous characters: Apu. "Right away they were like, 'Can you do an Indian accent and how offensive can you make it?'" Sylvar/Flickr hide caption 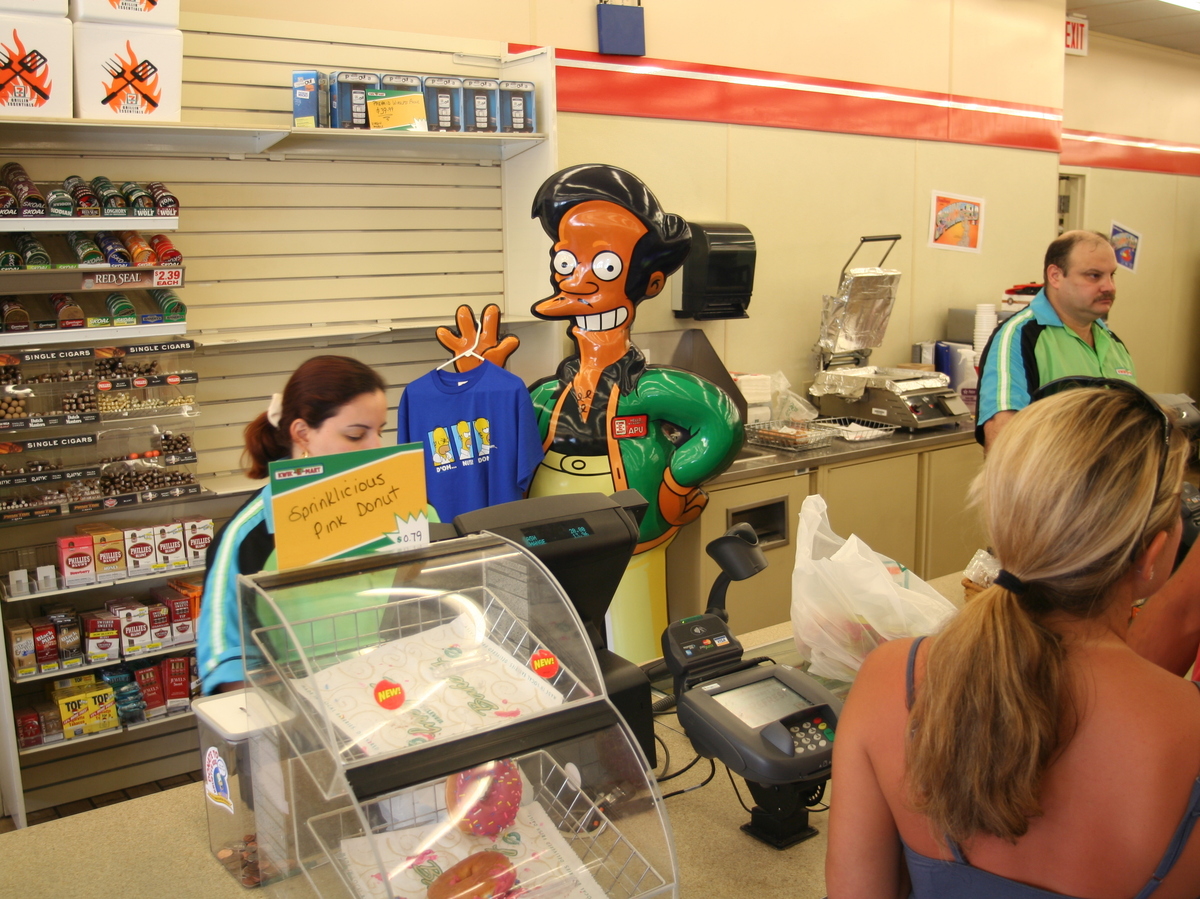 Actor Hank Azaria was once asked how the Simpsons writers created one of his most famous characters: Apu. "Right away they were like, 'Can you do an Indian accent and how offensive can you make it?'"

The other day, I did something incredibly mortifying. I forced myself to mimic the Indian accent in front of Indians who, unlike me, have an Indian accent.

To back up a second, my mom and dad immigrated to the States from India and Pakistan in the '70s and '80s, and I was born and raised in the Philadelphia area. That's why I, unlike many of the aunties and uncles I grew up around, call water ice "wooter ice" — Philly-style — and not "vaatar ice." (But never "Italian ice" or, shudder, snow cone.)

But while I don't have an Indian accent (or, technically, Indo-Pakistani accent), I do impressions of it all the time, for a simple reason: It makes people laugh. While making fun of a stereotypical Chinese accent or "black" speech patterns is today widely understood to be off limits, giggling at a strong Indian accent still seems to be up for grabs — whether you're South Asian or not.

I mostly do it around other second-gen ABCD's like me — American-born Confused Desis. But I'll also do it at, say, a stressful meeting at work, if I'm trying to break the tension, or if I'm sitting next to a white friend's parents at a dinner party and telling stories about my childhood. It seems to put non-desis at ease around me, especially if I happen to be the only person of color in the room.

Russell Peters, the Canadian-Indian stand-up comic, has a great bit about this:

It honestly never occurred to me that mocking the Indian accent might be problematic (to use a phrase we generally abhor here at Code Switch, though it has its uses). But I was driving around with my little brother the other day, telling some story, and for admittedly no reason I dropped into an Indian accent to deliver the punchline. He didn't laugh. He rolled his eyes instead. "I just find that so offensive," he said.

So, I called up a few folks to hash it out: Anuvab Pal and Kunaal Roy Kapur, Mumbai-based comics and actors who run a really funny podcast about life in India called Our Last Week. They're both born and raised on the subcontinent. And Amita Kelly, who's an editor on the NPR Politics desk and was born and raised in Southern California.

Of course, we ended up talking quite a bit about Apu Nahasapeemapetilon, the Indian immigrant Kwik-E-Mart owner in The Simpsons. Not everyone realizes that Apu isn't voiced by an Indian actor — it's Hank Azaria, who also voiced Moe and Chief Wiggum.

Azaria was once asked how the Simpsons writers created Apu, and he said, "Right away they were like, 'Can you do an Indian accent and how offensive can you make it?'" The Indian-American comedian Hari Kondabolu has said Azaria doing Apu sounds like "a white guy, doing an impression of a white guy, making fun of my father."

So how would Anuvab and Kunaal rate Apu's Indian accent — or mine? In a country with several hundred languages, can there really be such a thing as "the Indian accent"? And given that 16 million Indians live outside the country — the largest single-country diaspora in the world, according to the U.N. — how do we define "in-group" when it comes to who gets to make fun of Indian culture?

Check out this latest episode of the Code Switch podcast, and tell us what you think! Hit us up on Twitter at NPRCodeSwitch, and email at codeswitch@npr.org. We love to hear from you.