Accessibility links
Podcast Extra: Juan Gabriel And The Tricky Conversation About Sexual Identity : Code Switch Many remembrances of Mexican vocalist Juan Gabriel suggest that he overcame homophobia in Mexico to achieve super-stardom. The reality is a bit more complicated. 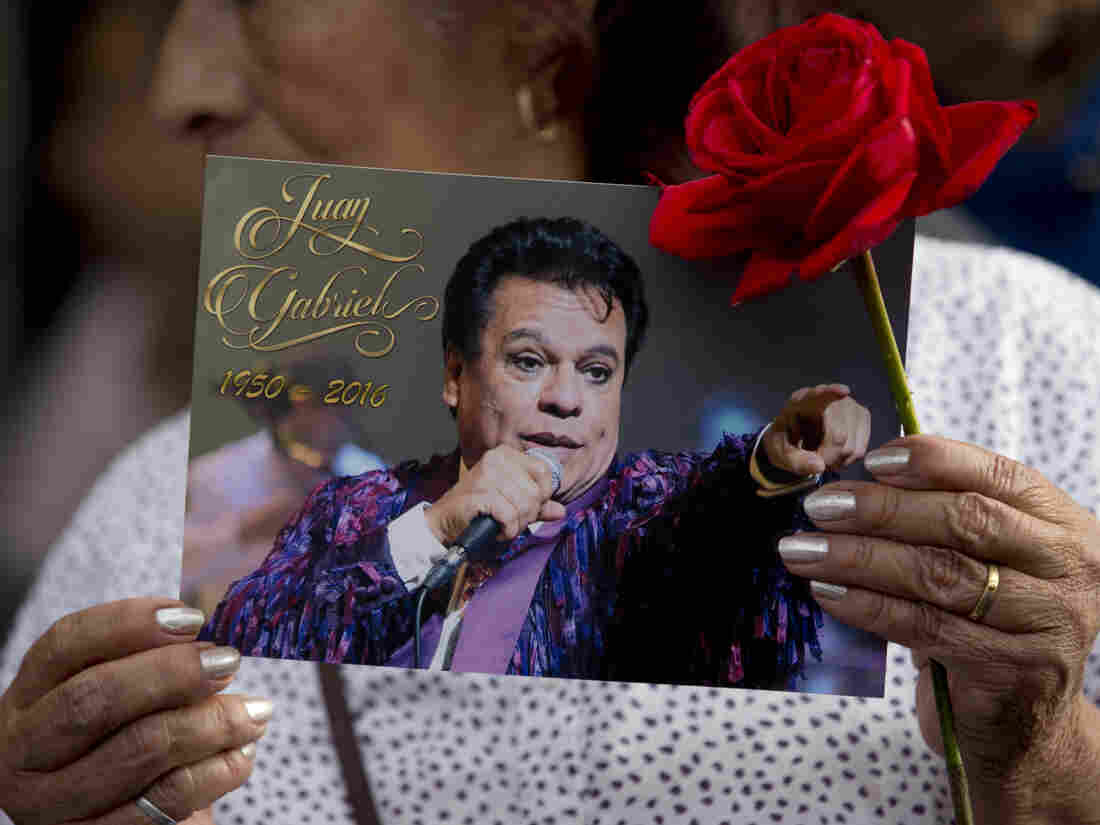 A woman holds a picture of Mexican songwriter and singer Juan Gabriel near a statue of him during a mass in Mexico City's Garibaldi plaza, Tuesday, Aug. 30, 2016. Eduardo Verdugo/AP hide caption 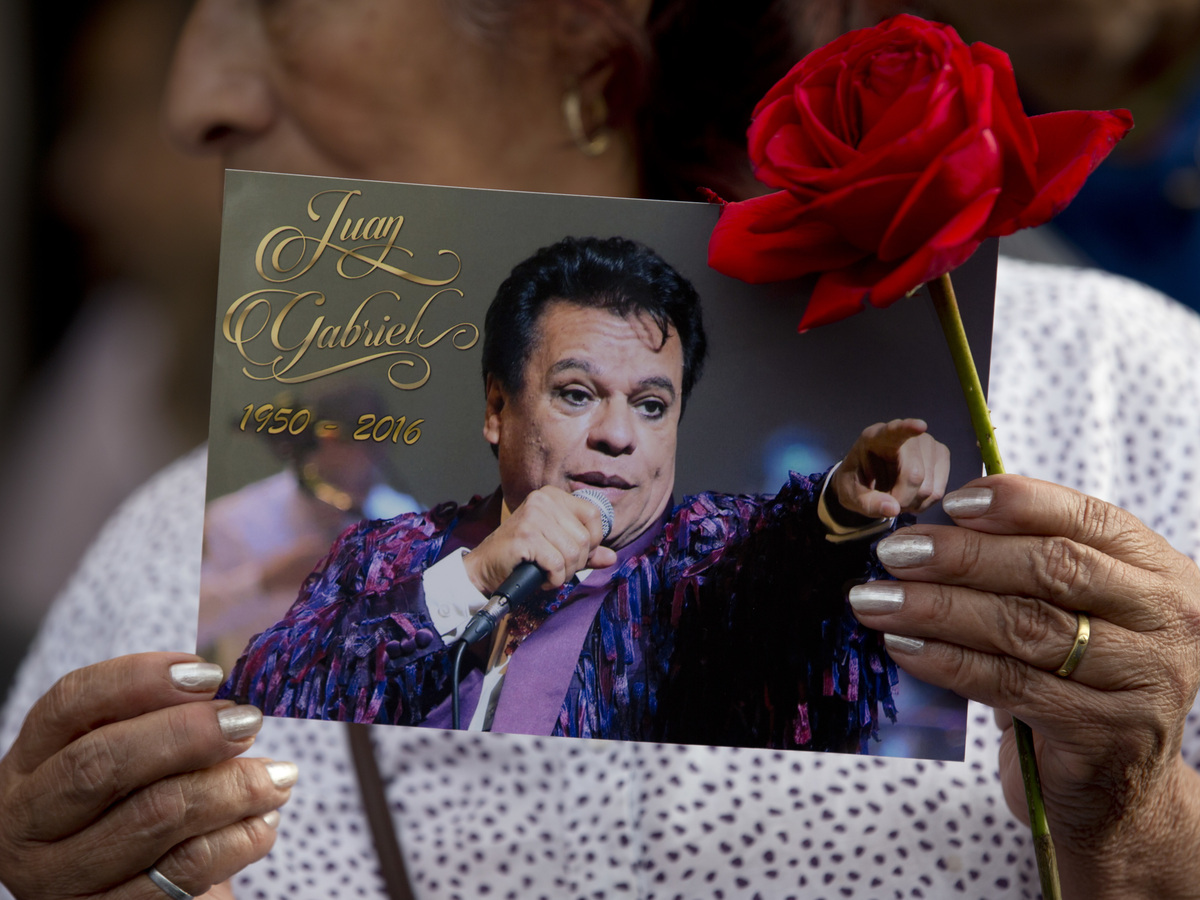 A woman holds a picture of Mexican songwriter and singer Juan Gabriel near a statue of him during a mass in Mexico City's Garibaldi plaza, Tuesday, Aug. 30, 2016.

After Mexican vocalist Juan Gabriel died last weekend, tributes flooded in from across the Americas. Gabriel was arguably Mexico's most beloved living singer. He composed upwards of 1,500 songs, recorded music in practically every Mexican genre and beyond, and had an improbable rags-to-riches story. I teamed up with Felix Contreras of NPR's Alt.Latino podcast for a special tribute episode in which we unpacked the significance of Gabriel's music and life.

One part of the conversation focused on the question of Juan Gabriel's sexual orientation. Though Gabriel never said he was gay, he was widely assumed to be because of his flamboyant style and mannerisms, and the assertions multiple men made throughout his career that they had had relationships with him. Gabriel simply avoided directly answering questions about his sexuality.

This aspect of Gabriel's life complicated his relationship with his fans. Many gay fans claimed him as a gay idol, even though he never explicitly claimed them. Though he was nearly universally beloved for his music, when it came to his assumed homosexuality, many fans — especially straight men — were reluctant to fully embrace him.

We got into some of that on the Alt.Latino tribute episode, but we wanted to dive a little deeper. So that's what we're doing on this extra edition of the Code Switch podcast this week.

I speak with Marcelo Baez — a New York writer, musician and Juan Gabriel super-fan — about Gabriel's success despite a deep culture of machismo and homophobia in Mexico and much of Latin America, and about the factors that may have influenced his decision not to come out publicly if he was indeed gay. We also include an excerpt from the Alt.Latino interview that focuses on Gabriel's sexual identity.