Accessibility links
In Orlando, A 'Modest Fashion' Boutique For Hijabi Women : Code Switch Lisa Vogl and her partners launched Verona online to fill a fashion void. Now, it's a boutique stocked with long-sleeved caftans, full-length slit-less skirts, and more than 300 varieties of hijabs. 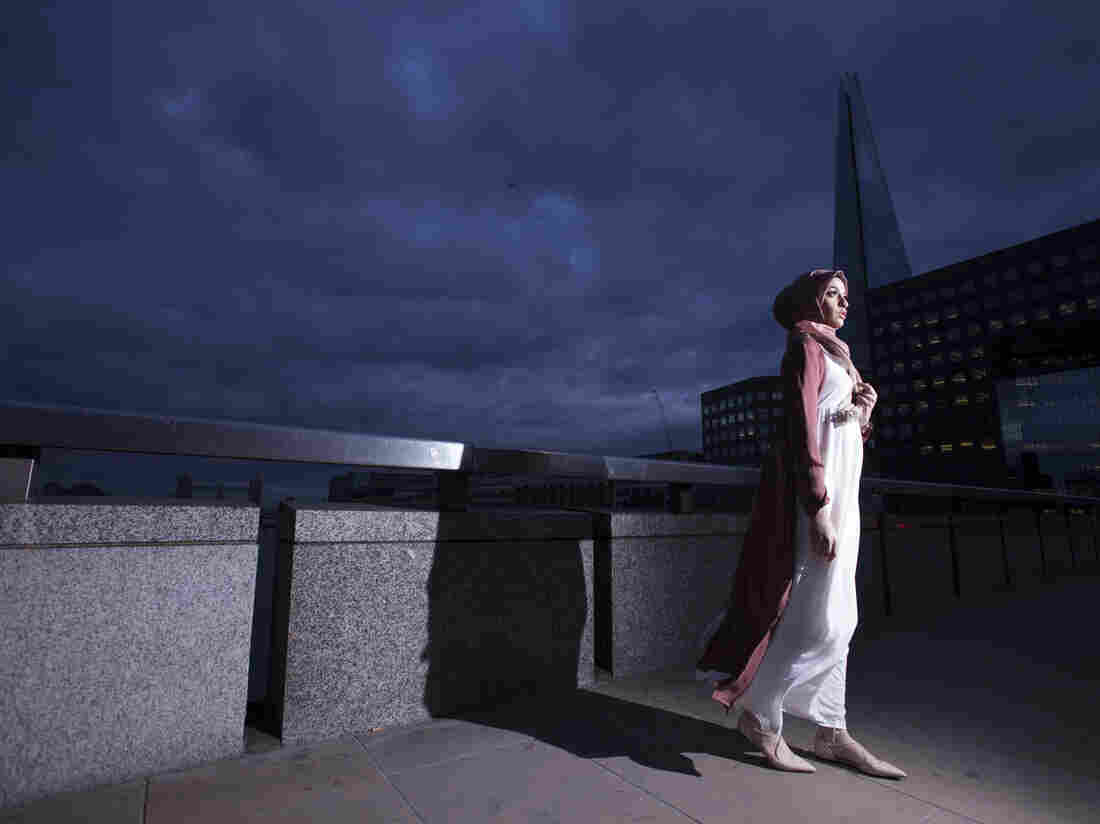 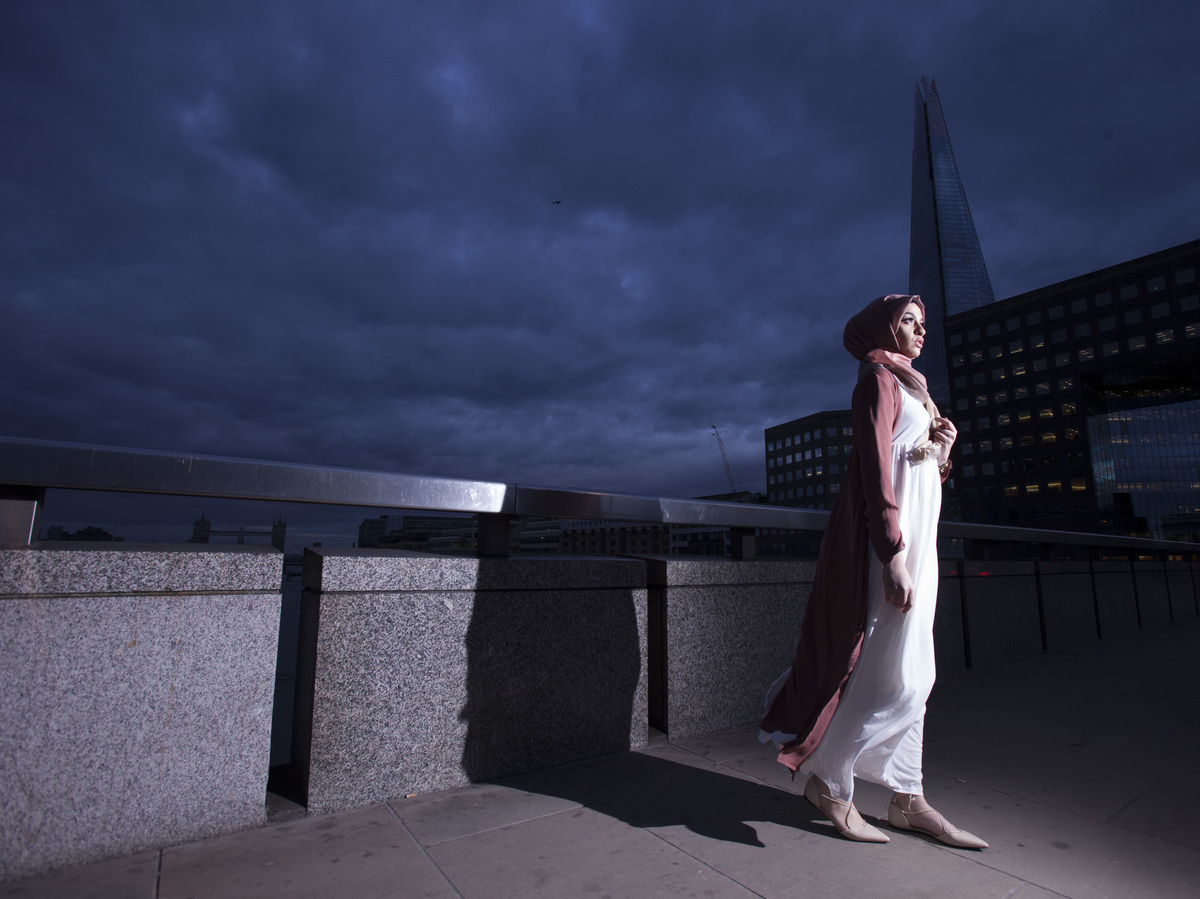 Verona is a one-stop shop for original and stylish conservative wear, filling a long-term void in the fashion industry.

At one end of Orlando's Fashion Square mall, between a karate store and a comic book emporium, is a clothing boutique called Verona. It's stocked with long-sleeved caftans, full-length slit-less skirts, and more than 300 varieties of hijabs. Inside, women peruse through racks of garments they once could only find online.

"It's nice to have something like Verona establish a store in a mall because it's kinda like 'Hey, I'm out here.' You're being represented as American," says Feena Quazi Abbati, sauntering from rack to rack in an orange hijab with a floral top and tapered khaki pants.

Abbati, an Orlando native of Pakistani descent, grew up dressing conservatively, a symbol she and other Muslim women attribute to spiritual growth and modesty. For years, she bought clothes at H&M, Target and Forever 21 that she could layer together. But she says having access to a one-stop shop for original and stylish conservative wear — for work, leisure, and fitness — is a sign of progress. 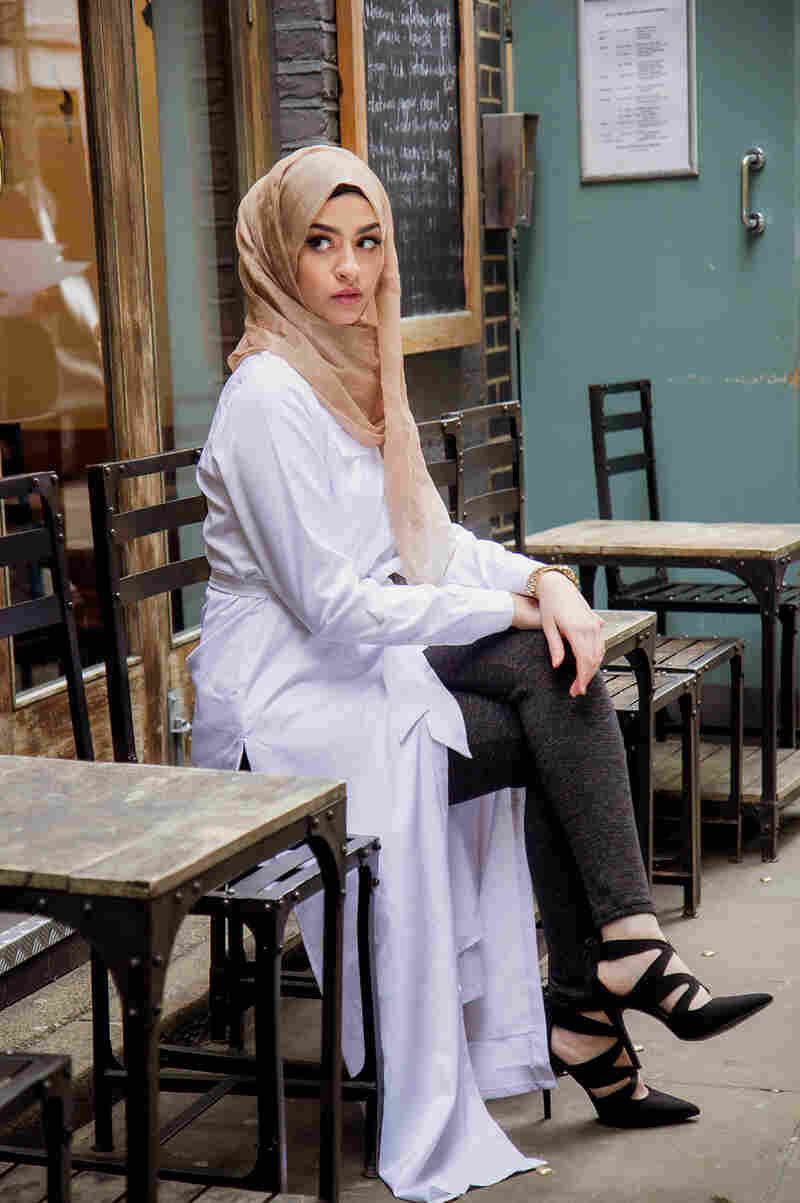 Verona co-founder Lisa Vogl and her partners first launched Verona as an online boutique to fill a void in the fashion industry for a demographic in need of special clothing. Taslim Rajabali/Verona Collection hide caption

Verona co-founder Lisa Vogl, a 34-year-old Muslim convert, and her partners first launched Verona as an online boutique to fill a void in the fashion industry for a demographic in need of special clothing. Vogl remembers starting out with one dress, two skirts, and four hijabs. Now, with a brick-and-mortar shop that opened in May, her team has a steady flow of orders from all parts of the world for high waist, floor length skirts, maxi cardigans and, of course, hijabs.

Clients have driven hours to come to the store to try on clothing. Others drop by on vacation. But in the wake of the June 12 Pulse nightclub shootings that left 49 people dead at the hands of a Muslim-American, Vogl says the store has emerged as a place for dialogue.

"I've had men come in and sit and ask me questions about how we dress. It gives us a chance to explain who we are, what we believe, and what we're about. And that's really an environment that we want to provide. It's more than fashion and fun clothes. It's a way to actually make change."

Shortly after reports had spread that the man behind the Pulse shootings, Omar Mateen, was Muslim, Vogl and her partners closed their store for their employees' safety. The hijab has become a loaded symbol that has put her and other hijabi women at risk for backlash. The Council on American Islamic Relations (CAIR), a civil rights advocacy group, reported several incidents across the country in which women were harassed for wearing the hijab.

Vogl feels that now, more than ever, people are misunderstanding Islam. She blames the media for the stigma. That, and lack of interaction between Muslims and non-Muslims. She hopes her shop can help change that.

"This is front in-your-face that we are exactly not who you think we are. It is a hijabi Muslim-run, women-run business. We are strong, independent, business-educated women," she says.

Perceptions aside, pure numbers show the Islamic fashion industry is responding to a real need. Haroon Latif heads research for Dinar Standard, a global firm that looks at how the world's growing Muslim population is driving certain industries, like modest wear. 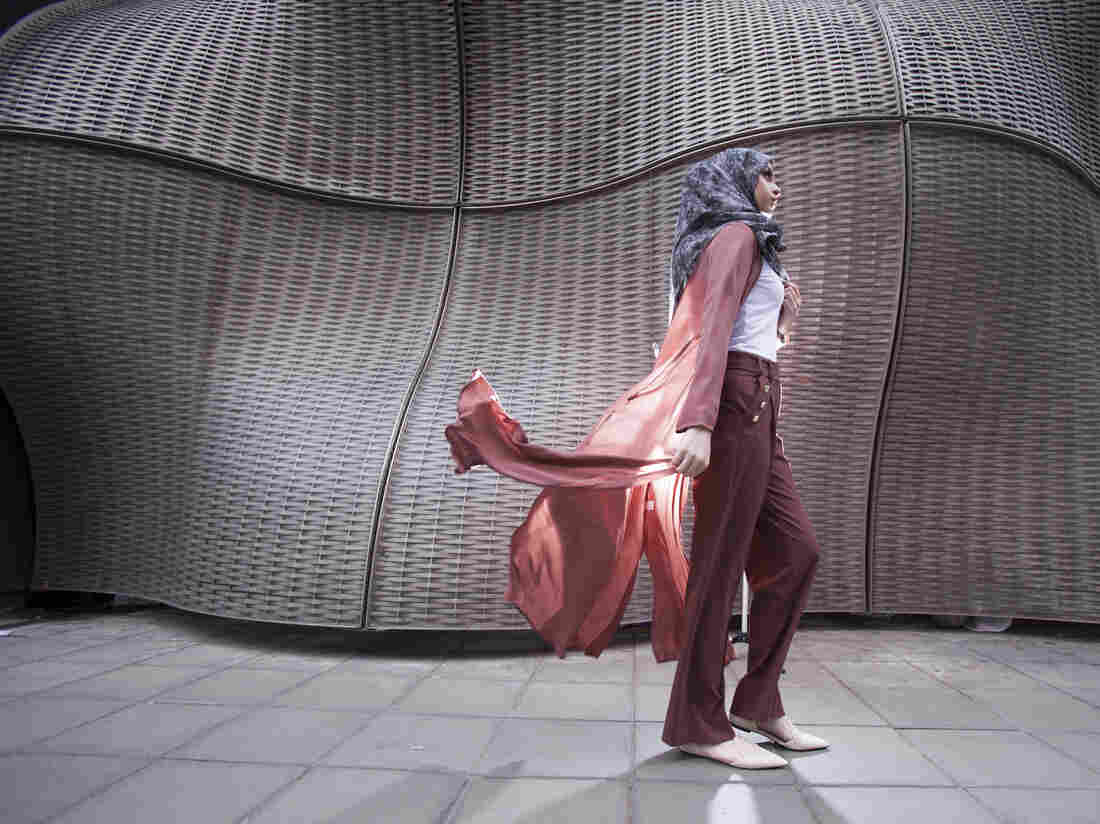 In a recent report, Dinar Standard found that Muslims spent an estimated $244 billion in clothing last year. Demand for modest wear is up — and mainstream companies are responding. Lisa Vogl/Verona Collection hide caption 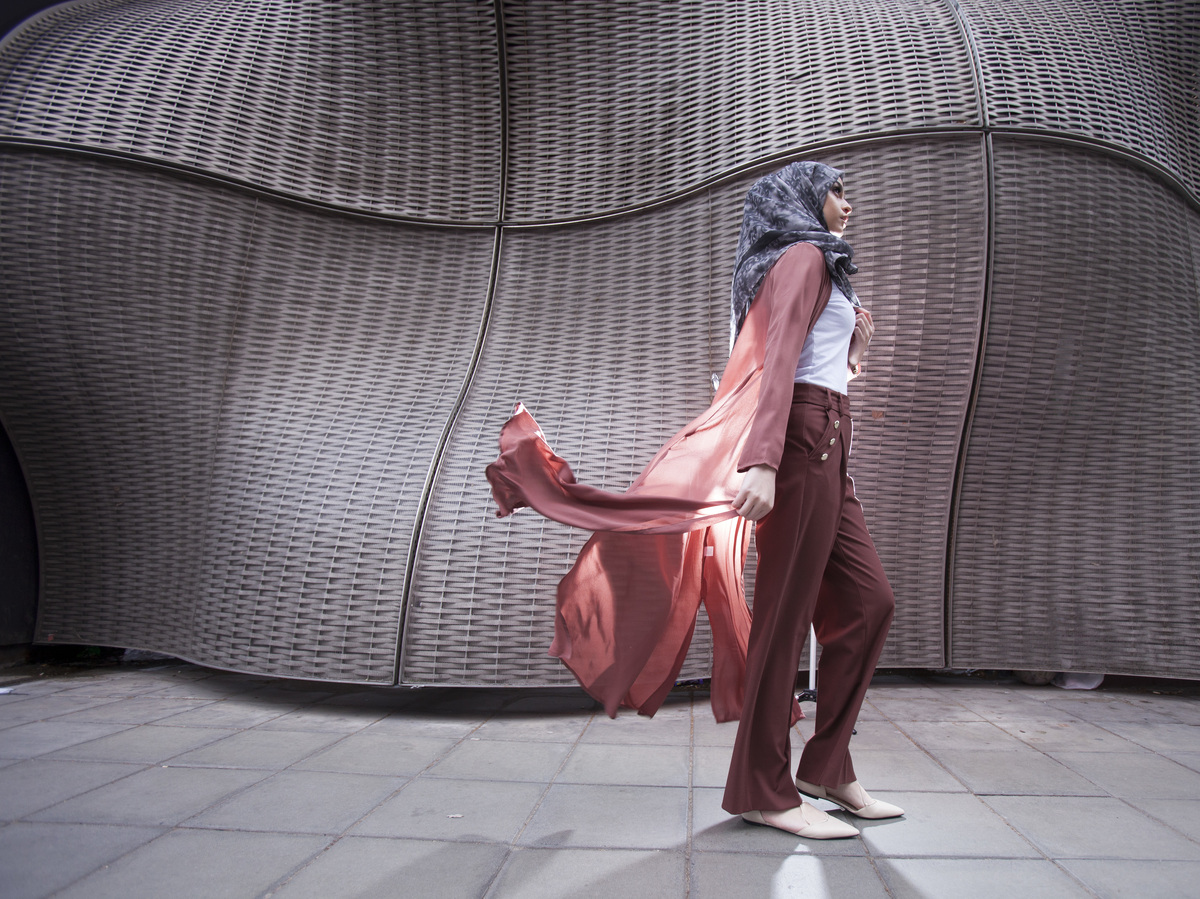 In a recent report, Dinar Standard found that Muslims spent an estimated $244 billion in clothing last year. Demand for modest wear is up — and mainstream companies are responding.

"There's 3 to 5 million Muslims in the U.S.," says Latif. "And that's expected to double by 2050. Muslim consumers are a consumer group that has their own values and as those values deepen, they start to demand very unique services. Modest fashion is just a subset of that."

In a recent report, his firm found that Muslims around the world spent an estimated $244 billion in clothing last year. He predicts spending to reach more than $300 billion by 2020. Demand for modest wear is up — and mainstream companies are responding.

Latif lists H&M and Dolce & Gabbana as prime examples. "In the U.K. in particular, Marks & Spencer is one of the leading retailers and they have just launched a burkini brand," he says.

Almost 150 modest-wear brands exist now, according to market researchers. Most brands are less than five years old. Their target demographic is Muslim women and others looking for conservative fashion.

"They're really seeing the buying power and how big the community is here and we're here like everybody else," says Nadine Abu-Jabara, New Orleans native and co-owner of Verona. "We need clothes and we need laptops from Best Buy. We are everybody else. We just like to wear a scarf on our head sometimes. Or all the time." 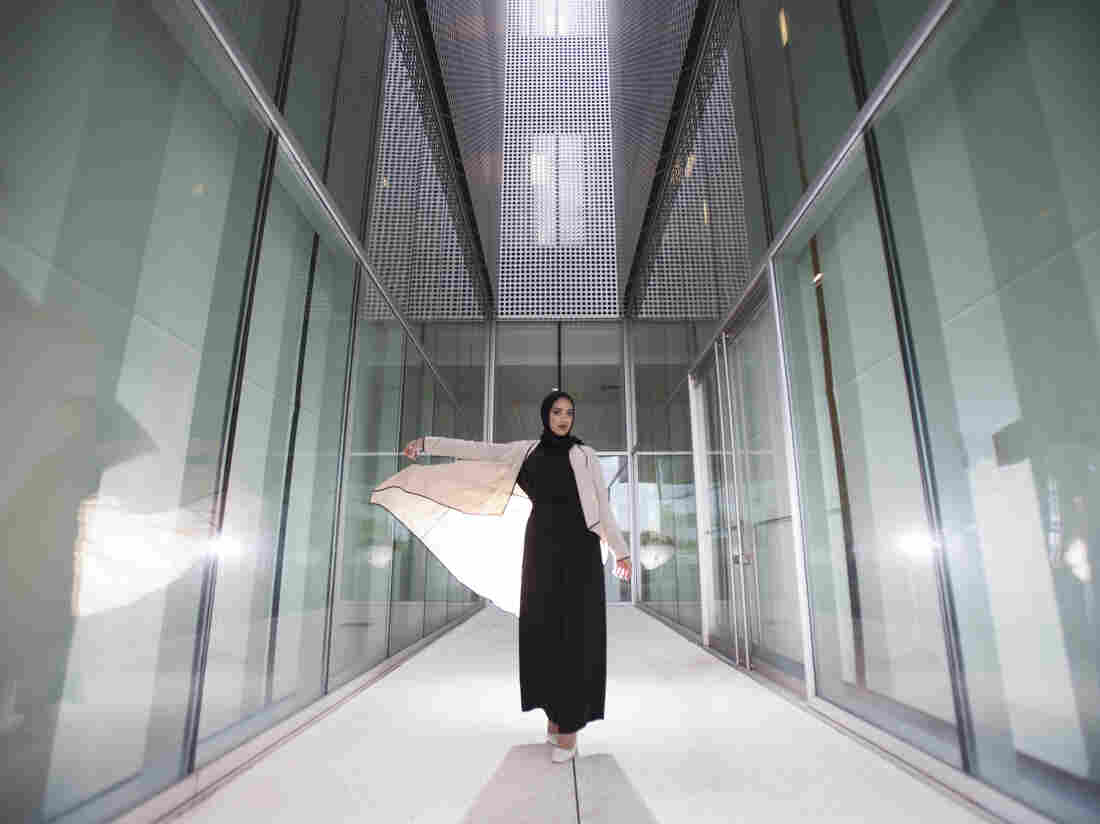 A model poses in some of the modest wear available at Verona. Lisa Vogl/Verona Collection hide caption 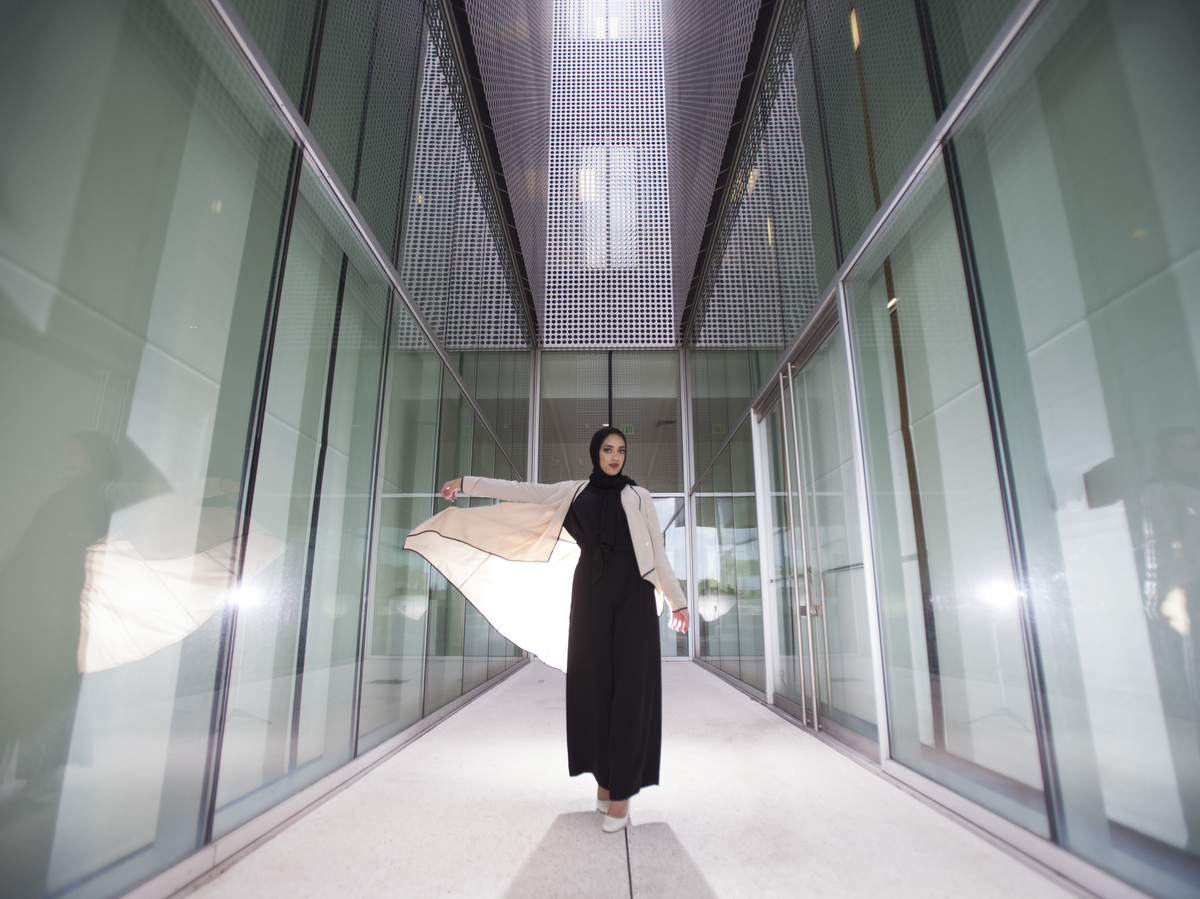 A model poses in some of the modest wear available at Verona.