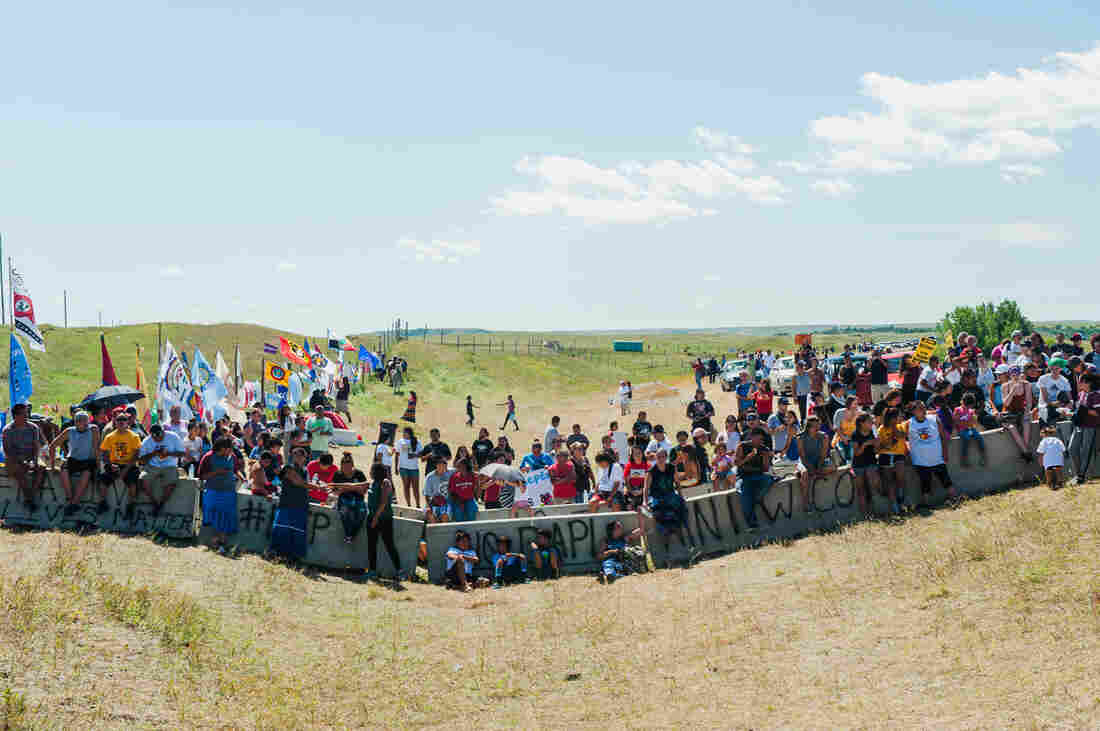 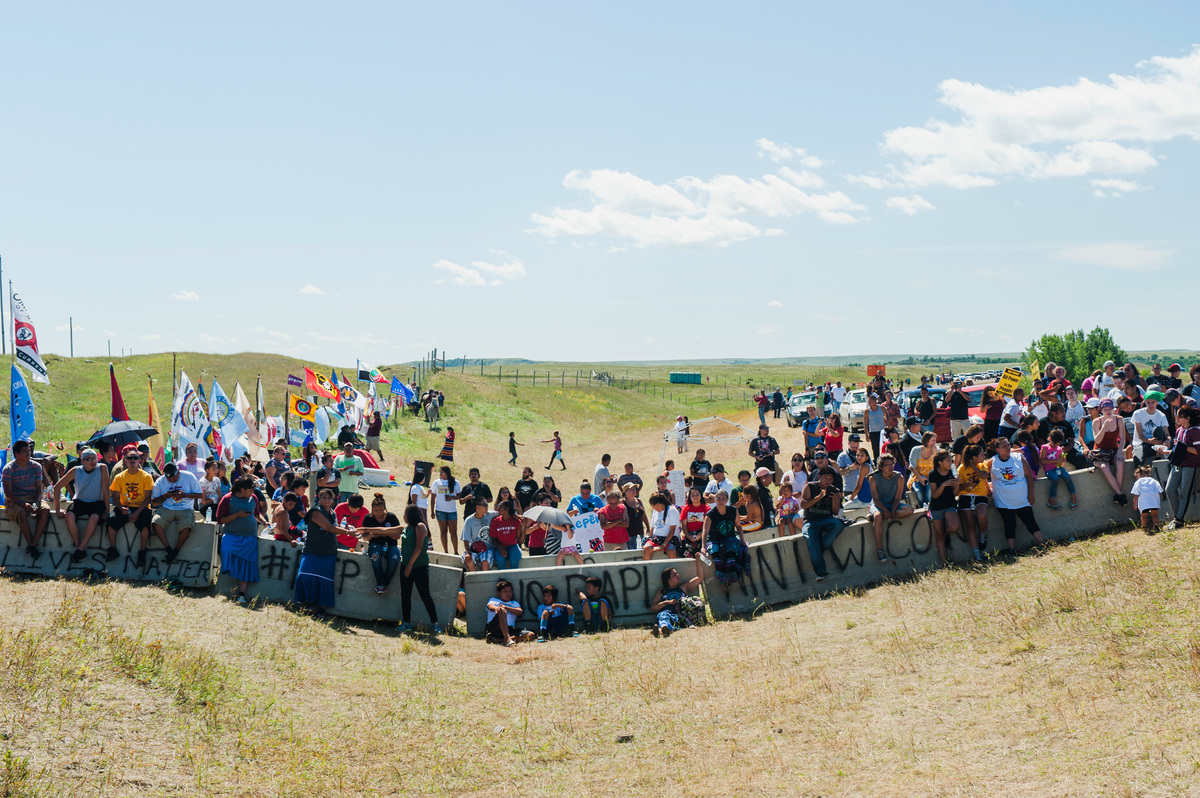 The Camp of the Sacred Stone is full of all manner of people — kids, elders, lawyers, laid-back hippies, and representatives of several Native American tribes — all gathered alongside the Standing Rock Sioux Nation to resist construction of a controversial oil pipeline that would cut across the American heartland.

Since construction of the Dakota Access Pipeline brought protesters to the encampment in April, organizers say nearly 200 tribes have offered support. Celebrities, environmentalists, politicians, leaders of the Black Lives Matter movement and other activists have joined together to create one of the more unusual coalitions to back a cause.

Judge Rules That Construction Can Proceed On Dakota Access Pipeline

Their efforts hit a roadblock on Friday when a federal judge denied the Standing Rock Sioux's request to stop construction of the 1,172-mile pipeline, which would stretch from North Dakota to Illinois. But the Justice Department, the Department of the Army and the Interior Department then blocked construction in the most contested areas of the planned pipeline, pending further discussion.

No matter what the government or courts ultimately decide, many of the people who call themselves "water protectors" coming together at the camp near Cannon Ball, N.D. have said they're prepared to continue the resistance despite the bulldozers. 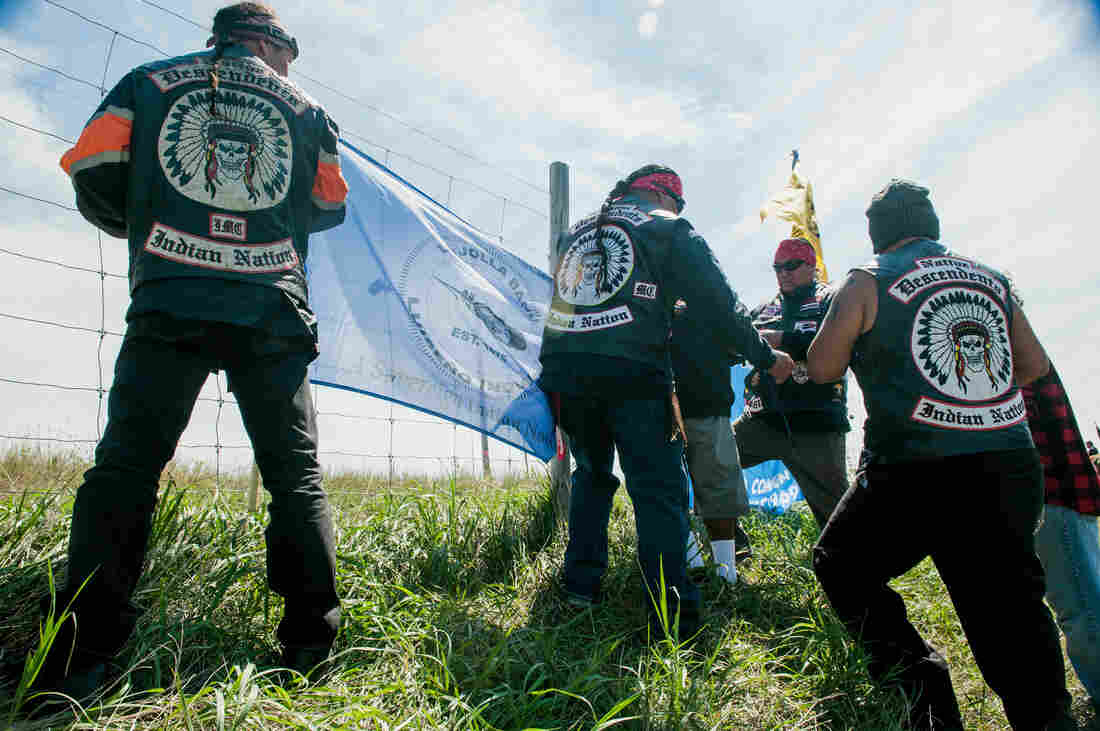 "The spirit out there is incredible," said Ruth Hopkins, a reporter for Indian Country Today, who was born on the Standing Rock Reservation. "There's such a healing feeling."

The camp was started in early April by Ladonna Brave Bull Allard, who was joined back then by a handful of other tribal members. Over the past few months, the movement — branded #NoDAPL — has rallied support across racial, geographic and generational lines. Most notably, though, Native tribes have coalesced around this issue like none in recent history.

"Tribal leaders don't often get involved at the level they're getting involved in this resistance," said Kim Tallbear, a professor of Native Studies at the University of Alberta in Edmonton, and an enrolled member of the Sisseton-Wahpeton Oyate in South Dakota. "But then you've got all these activists on the ground who are looking to resist and critique through other channels."

Hundreds of people now gather at Sacred Stone each day, and the camp has gained both national and worldwide attention.

Last month, Black Lives Matter sent a delegation of supporters to the camp. In a statement on its website, the group links the threat of water contamination in North Dakota –- the Standing Rock Sioux worry that the pipeline will leak into the Missouri River -– to the lead-contaminated drinking water in Flint, Mich. 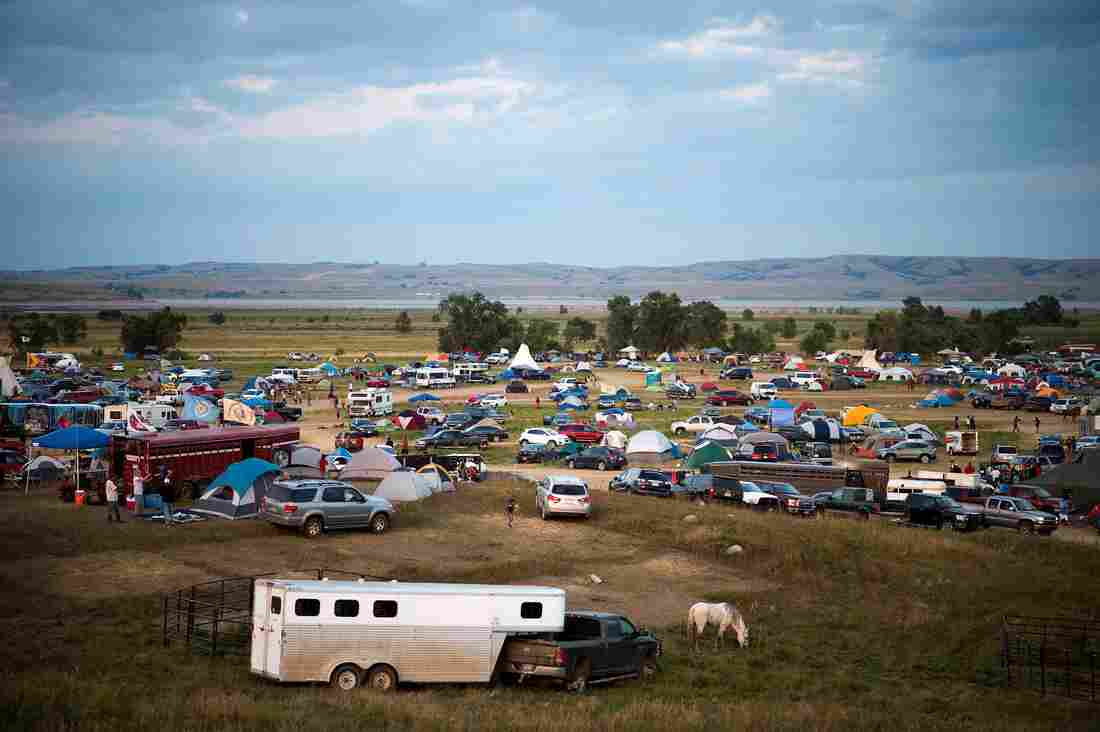 An encampment by the Missouri River where hundreds of people have gathered to join the Standing Rock Sioux Tribe's protest against the construction of the Dakota Access Pipe last week. Robyn Beck/AFP/Getty Images hide caption

"We affirm our family's right to land and clean water," the group said. "The same companies that build pipelines are the same companies that build factories that emit carcinogenic chemicals into Black communities, leading to some of the highest rates of cancer, hysterectomies, miscarriages, and asthma in the country. Our liberation is only realized when all people are free."

Amnesty International and the United Nations have weighed in, and, during a town hall meeting in Laos on Wednesday, a Malaysian woman asked President Obama how he intended to ensure environmental justice for the Standing Rock Sioux.

It's the idea of a common cause that has brought together a unique coalition of Native tribes. In a way, it's also what distinguishes the tribes from many of those standing with them. Despite vast cultural differences, Native tribes see themselves as protectors of the land, said Hopkins of Indian Country Today. "This is part of a larger issue we face as Native people," she said. "It's something we've always faced...fighting for our lands and our survival."